I Became An Online Troll, and It Was Kind Of Incredible 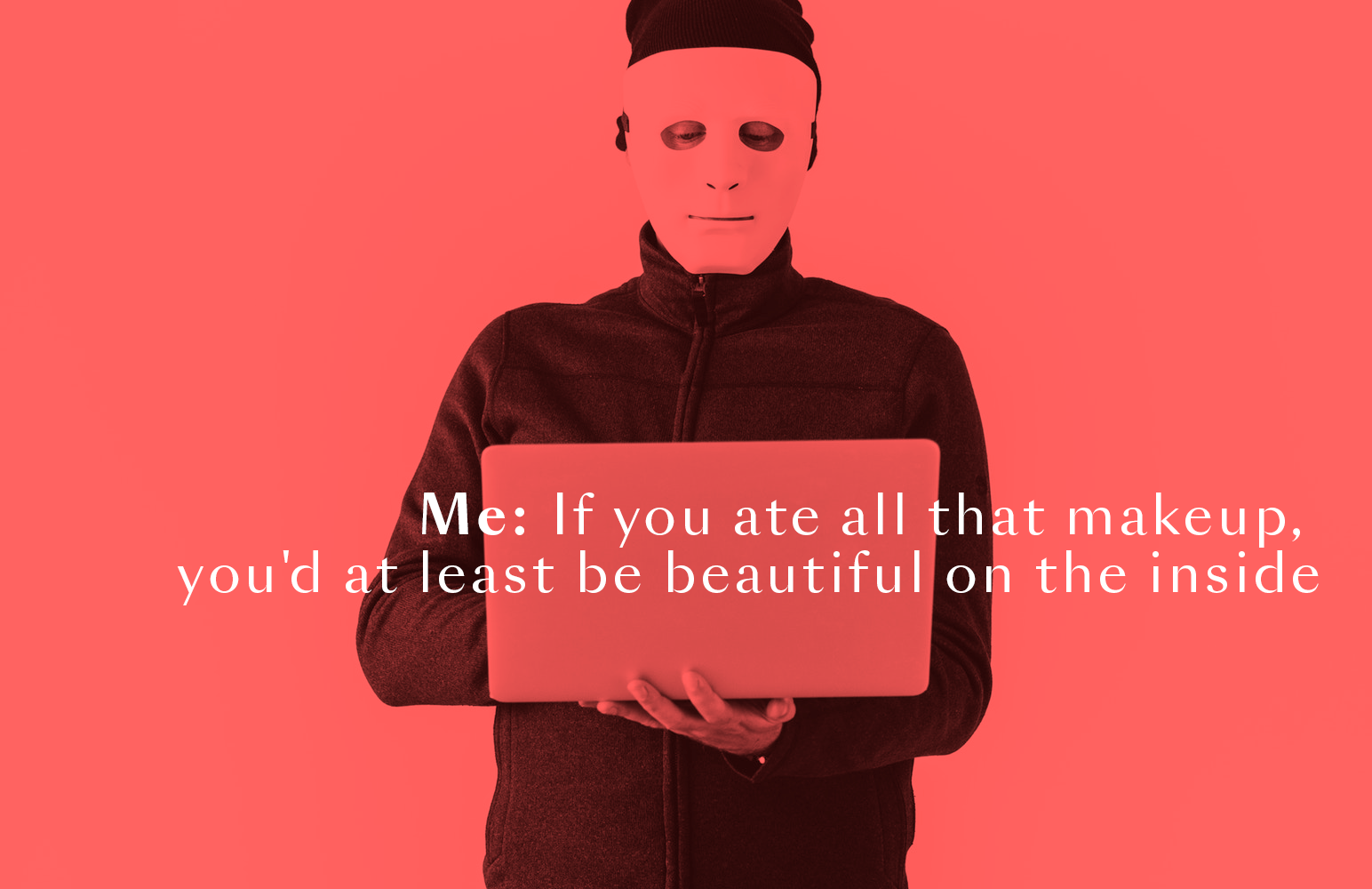 When I’m not being overloaded with deadlines by my unappreciative boss, I’m quarrelling with my dad because he keeps telling me I need to contribute more to the household fund. (Dream on, old man!)

My love life is also practically nonexistent. While my foray into Tinder started out well, with me going on a few dates in the first month, it has gradually become just another source of frustration. Even catfish don’t reply me anymore.

Which is why I’m constantly looking for different ways to relieve myself from stress.

For most people, going to Melbourne and taking an OOTD at the Brighton Bathing Houses is the ideal way to unwind after a stressful work year.

Frankly, I’m more of a “stay at home and make inappropriate and hurtful comments on the Internet” kind of guy.

How do I do that? Simple. I troll people online.

Not friends, of course, because I still want to be invited to humid class reunion BBQs where I speculate on the happiness levels of ex-classmates as I chew on overcooked chicken wings that will be the reason I get cancer in my late fifties.

Instead, I troll people who, for one reason or none, irritate me.

Take Ryan from RyansToyReview on Youtube. That little shit is only 6-years old, yet he’s making 11 million a year from reviewing toys. Can you imagine that? 11 million!

Which was why I thought I was doing the world a service by putting him in his place in the hope that he would eat some humble pie. We wouldn’t want him flying too close to the sun now, would we?

As variety is the spice of life, I make sure I cover all grounds by going on other online platforms. It’s also a chance for me to flex my creative muscles as a writer. This was evident as I massacred my next victim, some wannabe actress, on her Instagram page.
Finally, I headed to twitter to take a steaming dump on some positive emotions. If there’s anything I cannot stand, it’s unbridled positivity.

If I’m not happy, why should anyone else be?

Despite having all these different outlets for me to troll on, I was always somewhat unsatisfied and found myself wanting more, which was why I leapt for joy when my friend introduced troll utopia to me: the subreddit RoastMe.

RoastMe is where people go to put up selfies for the sole purpose of getting roasted based on a description, though mainly it revolves around their physical appearance.

For the uninitiated, roasting is a form of humour where people make derogatory comments at the expense of someone else. This is usually done in the name of good fun and by people who appreciate self-deprecatory humour that border on outright offensive.

Anything and everything is fair game. The RoastMe subreddit is a feasting ground, and boy, was I hungry.

Human beings are superficial creatures, and as I tapped into that side of me, I found myself homing in on people whose physical traits strayed from conventional standards of beauty.

If you were overweight, had an oily complexion, had facial features that weren’t anywhere close to meeting the golden ratio, you definitely would’ve been on the end of a humiliation courtesy of yours truly.

After spending a few hours on RoastMe, I realised that contrary to what I had expected, I did not feel any better about myself. It was almost as if being hateful towards another human being for no reason failed to provide me with any cathartic release to alleviate my stress.

In that moment, I felt as if I had lost my sense of self-identity. I was always the “asshole” amongst my friends who would spare no mercy. Once, I even reduced a friend of mine to tears when I went a step too far, joking that I didn’t know what was sadder: that she had the physique of a four year-old, or that she had the intelligence to match it.

I remember feeling ecstatic as I watched her tears glide off her face, which was devoid of any cheekbone definition.

Now, I was starting to lose my appreciation for roasting, and I was worried.

Then, as I continued scrolling through popular RoastMe posts, I came across a post about how a morbidly obese girl posted her selfie on RoastMe, only to receive endearing messages that encouraged her to get out of her slump by eating healthily and exercising.

I felt a tingle in my body as I basked in the positivity from random strangers who had written on her RoastMe post. Even though RoastMe was a platform where people like myself would lurk and attack posters, users would get together to help when they encountered someone who truly needed it.

As I questioned why I enjoyed trolling people so much, a sense of self-loathing began to overwhelm me. Soon enough, I was asking whether it was really the best way to relieve my stress.

“WHO ARE YOU AND WHY ARE YOU SUCH AN UGLY PERSON INSIDE?!” I screamed at the man in the mirror.

Armed with my newfound self-hate, I scoured the Internet for ways to be a better person.

First, I tried Yoga. Then, I tried trimming a Bonsai plant. Finally, I tried to stroke a cat, but allergies got in the way.

Just as I was about to checkout the hardcover edition of “Eat, Pray, Love” on Amazon, I chanced upon the RateMe subreddit, a platform similar to RoastMe, where posters would upload photos of themselves, the main difference being that instead of being roasted, redditors would rate them on a scale of 1-10 and give constructive feedback on how the poster could improve his or her physical appearance.

My curiosity was piqued, and I wondered if people thought I was as ugly on the outside as I was on the inside.

Within a couple of hours, I started to get comments from redditors. Straight away, I received a comment from a troll.
Then, there was the constructive feedback.
But it was these comments that warmed my heart and convinced me that cynicism and hate serve no function other than to put people down; that people who feel better about themselves after trolling others are deeply disturbed and need genuine help (or friends and affection).
Simply put, trolling or cyberbullying random strangers on the internet is not going to be a fulfilling or effective way for you to destress. In the extreme and unlikely circumstance that you do find that you feel better after putting someone down, you have to ask yourself if it is truly worth it to ruin someone’s day just so you can feel better.

All that it took was for me to slip into a minor existential crisis, along with a very sore abdomen from yoga to realise this.

Anyone can learn from this. All you have to do is be kind and practise empathy, and not bother with the impossible task of maintaining a tree pose while taking deep, regulated breaths while whale mating sounds reverberate throughout the yoga studio.

It’s just not worth it.

This post is in support of the Singapore Kindness Movement.

Have something to say? Write in: community@ricemedia.co. 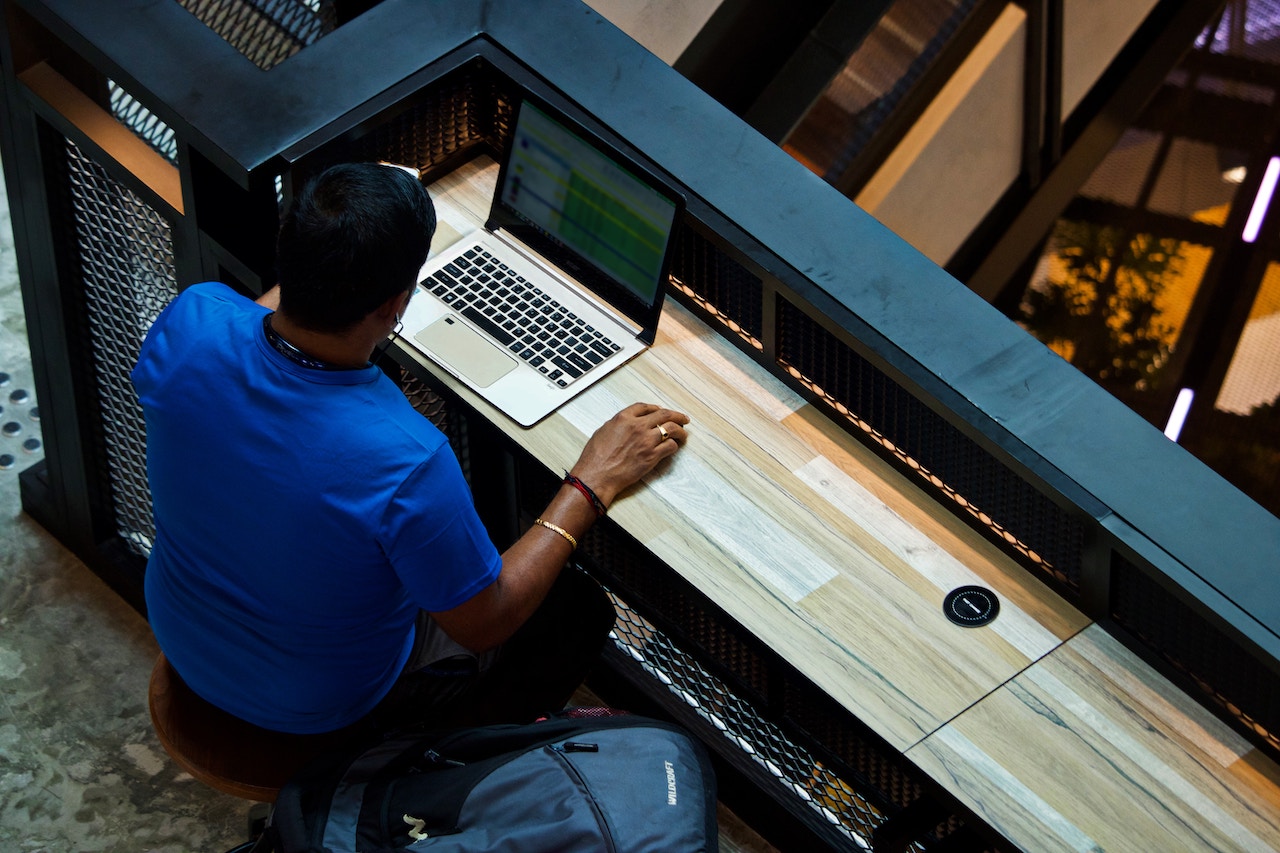 Toxic Workplace Cultures in Singapore: Are They More Common Than We Realise? 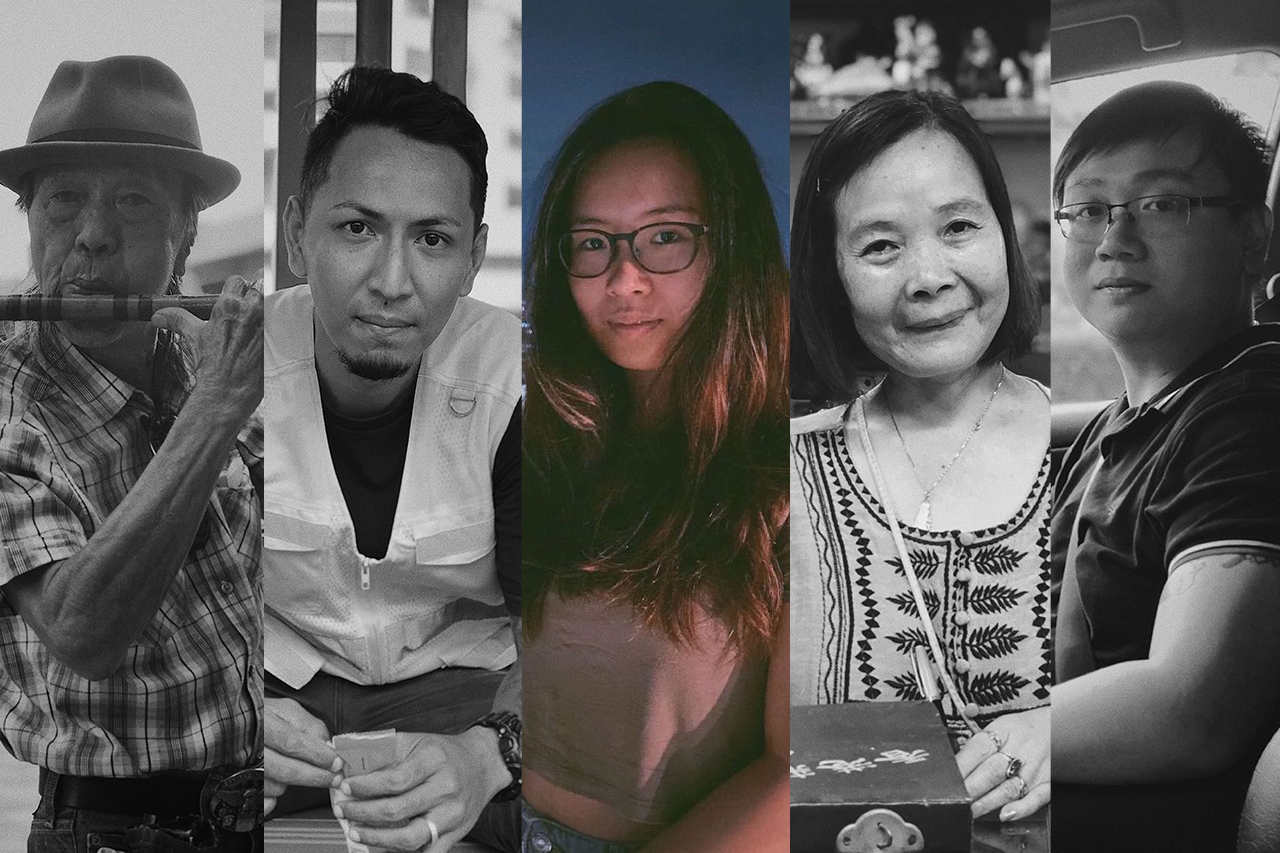 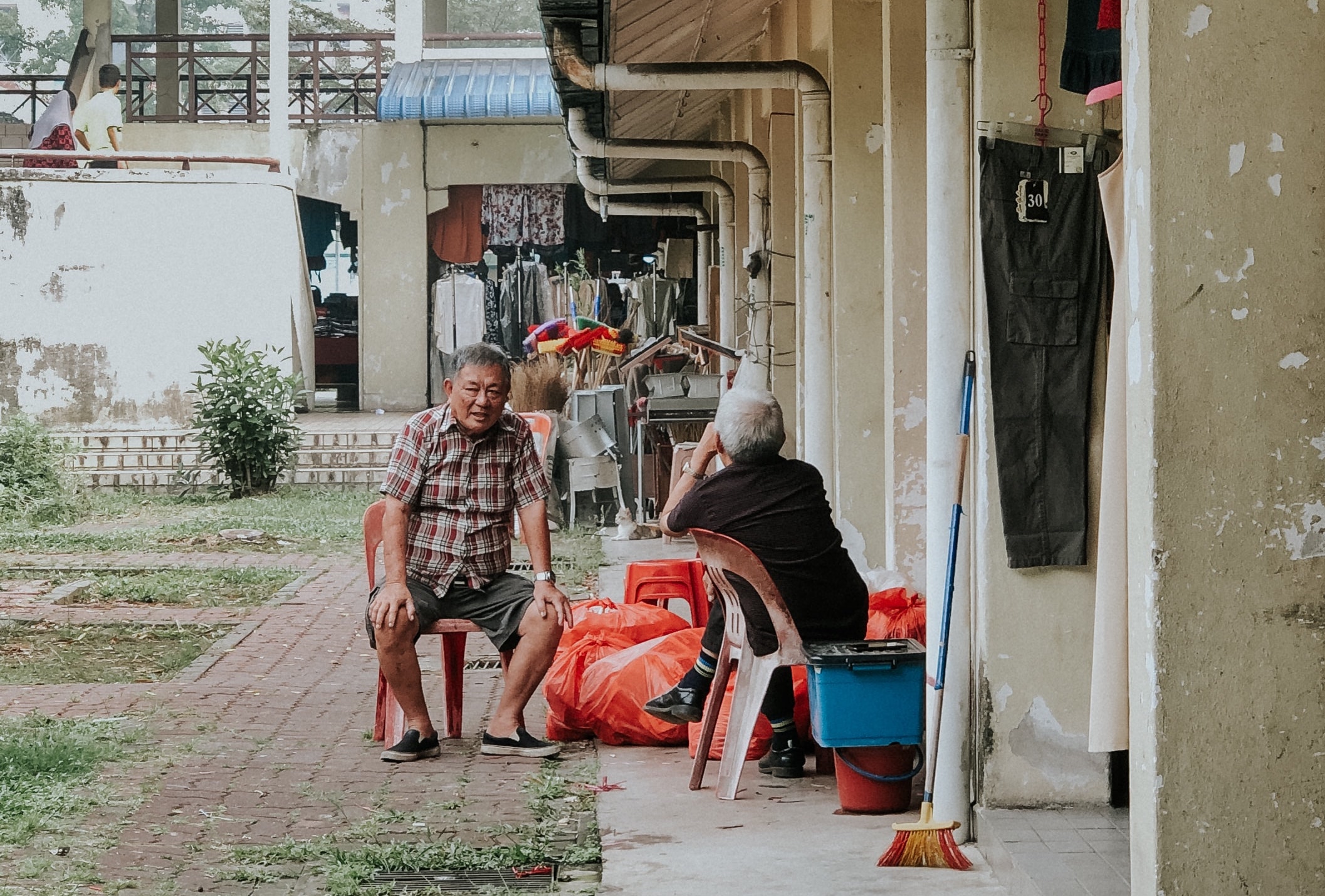 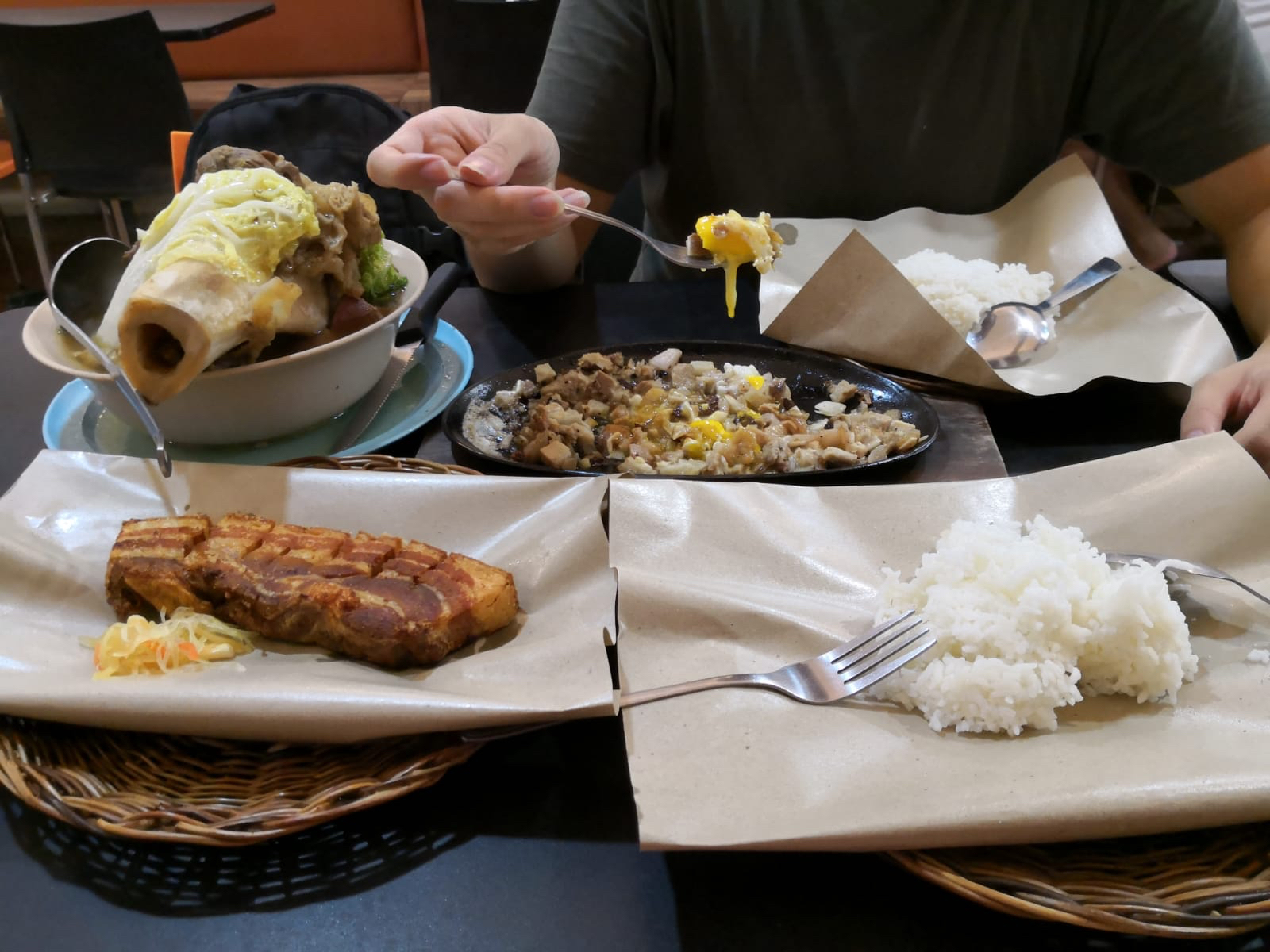