Imitation might be the sincerest form of flattery, but it can also lead to a lucrative, albeit legally ambiguous payday. At least I’m pretty sure that was the idea the founders of “Dolce & Banana” had when they first tried to ride on the coattails of luxury fashion label, “Dolce & Gabbana”.

But where do these knock-off merchants draw the line?

Apparently, even a pair of Tat Sing slippers that costs between $1 to $3 is worth making imitations of.

You know the one. The white rubber slippers with blue straps that everyone in the heartlands seems to have owned at some point in their lives. It has become so prevalent in our culture that it wouldn’t even be churlish to say that it is in the public consciousness as much as a pair of Adidas or Nike sneakers.

Few things in Singapore are as emblematic as the Tat Sing slipper. In fact, the only other thing that even comes close is the Good Morning Towel, which has a rich history of its own.

This prompted me to do a little bit of research about the Tat Sing slipper, and I attempted to trace the manufacturer in order to learn a bit more about this crucial piece of our Singaporean identity.

After some online sleuthing, I found what I was looking for, and my dear Singaporean reader, you will not like what I found out about the Tat Sing slipper.

This humble piece of footwear that we have come to associate with weekday zichar dinners at the coffee shop downstairs, or trips to the wet market with your parents on weekends is …

Yep, you read that right. Take a deep breath and settle down. I did too.

Are you calm now? Alright, here are some of the facts.

Malaysia was and still is one of the biggest exporters of rubber in the world, so it would make perfect sense for the slipper to be manufactured there, before being shipped here to be used by locals. However, the Tat Sing slipper was likely only manufactured after 1972, as that was the year the company Tat Sing Rubber Industries was first founded.

In Malaysia, these slippers are known as Selipar Jepun, which translates to “Japanese Slippers”, and the reason isn’t because it was inspired by Japanese designs. Rather, it is rumoured to have a much darker past associated with it.

According to a Malaysian online forum post, Japanese soldiers would punish Malayan prisoners by “slapping their faces with slippers” during the occupation in the 1940s. It is also implied that some prisoners in jail had the slippers forced into their mouths and they were made to bite the hard, rubber base of the slipper until their teeth broke.

Other forms of slipper-related tortures include soldiers putting the slippers into the genitals of females as well as making the prisoners cook their slippers and eating them.

Now, these cannot be established as facts as they were pulled from online forums, and they should be taken with a pinch of salt (actually, make that a bucket). Nevertheless, you cannot help but wonder if there is even a modicum of truth behind them. After all, wherever there is smoke, there is likely to be a fire.

But back to the point. How did this humble slipper take over the landscape of Singapore?

Back then, we wore Tat Sing slippers because they were functional. As mentioned earlier, the wet market was the place where you would most frequently see these slippers being worn because of their anti-slip properties.

Yet as the slipper, or flip flop as it is known today, plateaued in its functionality, we sought to improve its aesthetics, and it slowly became more fashionable. More trendy Havaianas began replacing the Tat Sing flip flop, and these days, people wear it for every and any occasion despite how informal they were.

Of course, we could always point to the tropical heat as a practical reason for wearing flip flops.

Once, while getting a ride from my father to school at Temasek Polytechnic,, he scanned me from my head to my toe as we waited for the lift, before exclaiming incredulously, “Are you sure you are wearing this to school?”

Everyone has some version of this story. In my head, I was merely going to a lecture theatre where I would be pretending to take notes while playing Football Manager. To my father, I was going to an institution; a place where you dress to the nines, or at the very least, respectfully, to show that you’re serious about learning.

Dressing in such a nonchalant manner everyday is bound to have an effect on our psyche. If we can’t even have the self-respect and discipline to look presentable, what are the odds that we’re going to take any other aspect in our lives seriously?

This might be controversial, but I have a theory that Malaysian government officials set up Tat Sing Rubber Industries in the 1970s after seeing how quickly we were growing as a nation. The slippers were a ploy to make an entire generation of Singaporeans lazy and mediocre, halting the growth of our nation.

Just pop over to the campus of any tertiary institution in Singapore. Aside from the fatigued faces and the smell of desperation wafting through the air, you will find young men and women dressed in their bedroom’s finest – a medley of the baggy t-shirt, FBT shorts, and of course, flip flops. My GPA of 2.5 in poly was a clear manifestation of this nonchalance.

It was only in university that I decided I wanted to take myself more seriously, and paired the shirts I wore with proper shoes. Not surprisingly, I found myself putting in more effort when it came to school, and I matched the effort I put into planning my outfits.

Of course, you can always trust a Malaysian to cover his tracks. I tried looking for Tat Sing Rubber Industries, but I had no luck. After some very serious detective work, I discovered they had overhauled their branding to … Tat Sing Plastic Industries.

All jokes aside, there is no denying that as the very first iteration of flip flops in Singapore, the Tat Sing slipper will always be looked upon fondly with a sense of nostalgia.

Heck, it is only a matter of time before hipsters start selling Tat Sing slipper merchandise. For me at least, every time I slip on my Havaianas now, it will only be a stark reminder of the Tat Sing slipper and how we are nothing but a generation of strawberries.

Granted, Singapore is a terribly warm place, and unless you like to wear shoes and walk around in little puddles of your own perspiration, it makes the most sense to wear flip flops. Yet choosing to wear flips flops all the time reflects the fact that we always choose the easiest and most comfortable option, which leaves us exposed and hence, susceptible to bruising like “strawberries”.

We are always told we have to dress for success, and in retrospect, I see the point in doing so now. After all, this is meritocratic Singapore, where you don’t get an A for effort. You only get an A if you’re willing to roll around in the mud and get your hands dirty.

It isn’t easy, but it was never meant to be. 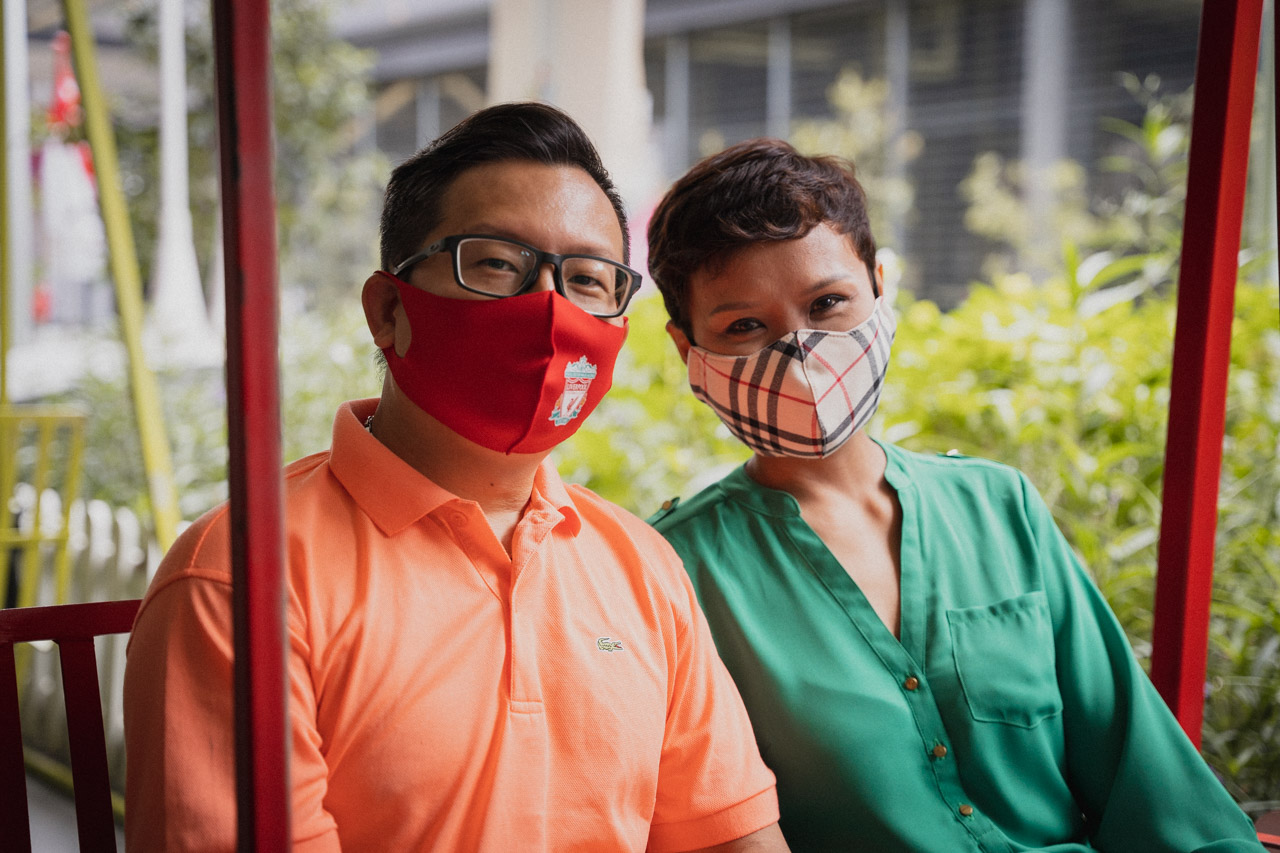 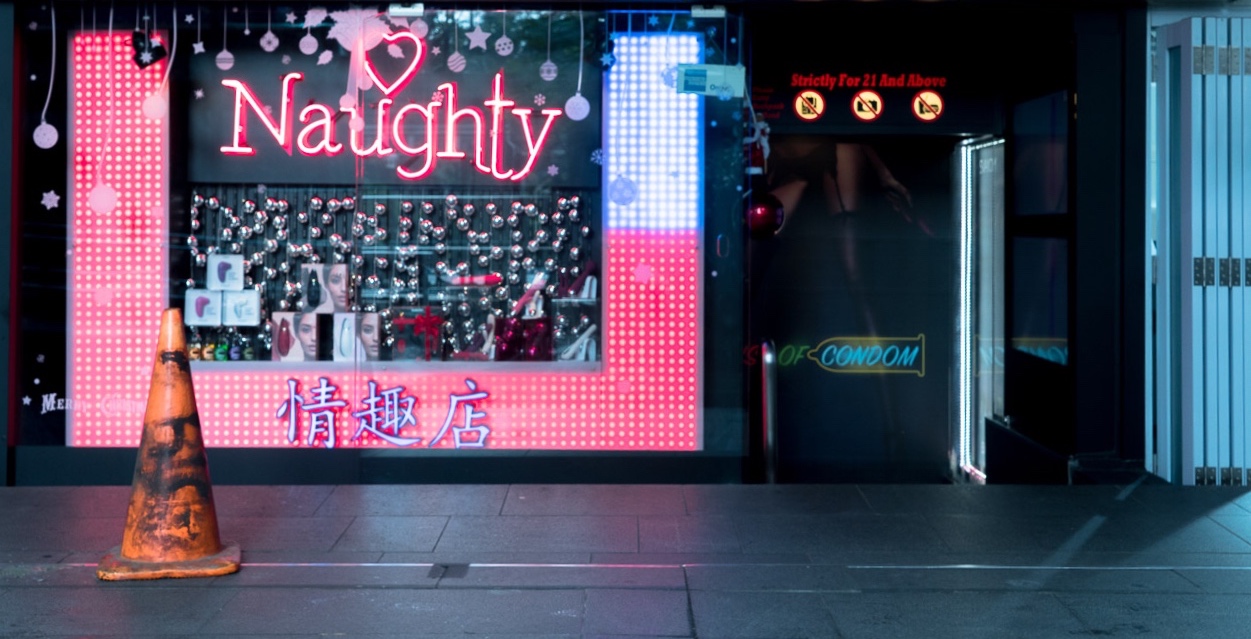 Would You Visit Adult Stores More Often If They Looked Like IKEA?