In all my 23 years, I’ve never once craved an alcoholic beverage and doubt I ever will.

If you have trouble empathising, just imagine this.

Imagine a drink that at this very moment is universally hated, like cough syrup or bittergourd juice. Now imagine that you need to drink this at every networking event, every gathering at your friend’s house, every barbeque, and every late night supper.

Everyone’s drinking it. But you.

Either you’ve caved into peer pressure and are now clutching that drink in your hand praying it’ll evaporate over time, or that no one will notice you dumping it down the sink.

Maybe you’ve refused and are now on the receiving end of funny looks, questions and unnecessary comments.

“Why don’t you like it? How about just one sip? If you don’t drink it won’t be fun!” or “You just haven’t found your drink yet!”

But what if your drink is an avocado milkshake or luo han guo liang cha?

My beverage preferences never posed a problem when I was younger, when the only alcoholic drinks available to us were Barcadi Breezers from 7-11 and my choice not to drink was met with little resistance or reaction. Alas, that period was short lived.

Despite years of practice, I still have zero alcohol tolerance.

To me at least, alcohol is an acquired taste—just like brinjal, blue cheese and oysters.

When young, we often lack the ability to appreciate tastes with more depth and complexity and so we usually find them to be unpalatable on our first try. But eventually, we grow to like it after repeated exposure over time as well as the development of a more sophisticated palate.

But with alcohol, this hasn’t happened.

I look forward to the day when the burning sensation left in my throat by vodka becomes a refreshing one; the unpleasant aroma of whisky changes into a fragrant combination of oak, vanilla and caramel like I’m told it’s supposed to, and the off-putting bitterness of gin no more.

But maybe it’s down to the fact that my distaste in alcohol stems from reasons other than a lack of a refined taste bud.

Have you ever tried having a proper conversation with someone whilst they’re getting progressively more and more drunk?

It’s alright if you’re both drinking. But if you’re the only sober one, it becomes a frustrating downward spiral into too-loud laughter, brash actions and slurred speech that ends the next morning with a hazy recollection of what happened the night before.

But it’s not just their fault, it’s mine too.

Despite years of practice, I still have zero alcohol tolerance.

People consume alcohol like they do coffee for its ‘benefit’—an addictive buzz, the reprieve it provides from one’s daily stressors and its role as a social lubricant.

It all sounds well and wonderful. Unfortunately, after half a can of beer is about when I begin to feel slightly light-headed and woozy. One can later and I feel like a furnace. Two, and I’m on the verge of nodding off in the middle of conversation. Three cans and I’m out like a light.

As much as I enjoy sleeping, forgive me if I’d rather not pay to be put to sleep.

That said, my aversion to alcohol has taught me one thing: the art of evasion and deception.

Orientation Week in the first year of university marked the start of a lengthy walk along a tightrope between society’s fondness for drinking and my utter disdain for it.

Every night, after the day’s activities were over and the lights were dimmed, we would drink and ‘bond’. With plastic cups of vodka and guava juice in hand, we’d sit in a circle and play games. Mess up, and you’d have to drink as a forfeit.

The games were fun. The drinking, less so. Although we had a choice to opt out, it wasn’t much. Either drink and have fun, or don’t drink, sit out of the game and be labelled as a killjoy. The peer pressure was real.

Unbeknownst to everyone else, I had replaced my drink with 100% pure guava juice. It was a win-win situation. I loved guava juice and hated vodka; they loved the latter. I was doing everyone a favour, really.

This ritual of drinking continued night after night, as did my deception. And if anyone else was just as uncomfortable with how much and how frequent we were expected to drink, they sure hid it well.

In retrospect, it did seem a worthwhile payoff at the time, drink, and be rewarded with a whole new group of friends to kickstart uni with.

It was one of the first times I ‘drank’ just to fit in. And it wouldn’t be the last.

Another time, after a wedding dinner, my friends and I headed out to chill. By sheer bad luck, we stumbled across a beer pong table.

One hour and five (maybe six) pints later, I was burning up in the backseat of a cab on my way home, both the driver and I silently praying that I wouldn’t puke all over his leather black seats.

The next morning, I woke up with my very first hangover.

As my friends and I entered our twenties, suppers at Spize were gradually replaced with suppers at The Cider Pit or Nectars and Vine. Desserts after dinner became drinks after dinner, and spontaneous late night movies made way for drinks at Holland Village instead.

I had to have a new game plan.

Each time we drank, we’d order a side to share, usually thick-cut fries. As part of my process, for every sip of beer I took, I’d compensate with a mouthful of fries to mute the aftertaste of alcohol in my mouth.

I’d exhausted all other possible alternatives as well.

First, I turned to cider, which I was told was “sweet, sweet and nothing like alcohol”. Other times, I’d get a cocktail or a mocktail. But no matter what I drank, I was reminded of just how needlessly painful and pointless it was trying to ‘fit in’.

At the same time, what did it say about my friends and I that I could never be around them without feeling pressured to drink, and they never made me feel like it was okay to not partake?

To be fair, none of this was anyone’s fault. After all, drinking was what brought us together initially, when we were young and alcohol’s firm place in our diets made us feel grown up.

Yet drinking is something I never learnt or grew to like. And while I get that I can choose not to give in to peer pressure, it’s not that easy.  My friends didn’t make it any easier either.

So I just stopped hanging out with them, and I wouldn’t say that any of us have really missed each other. 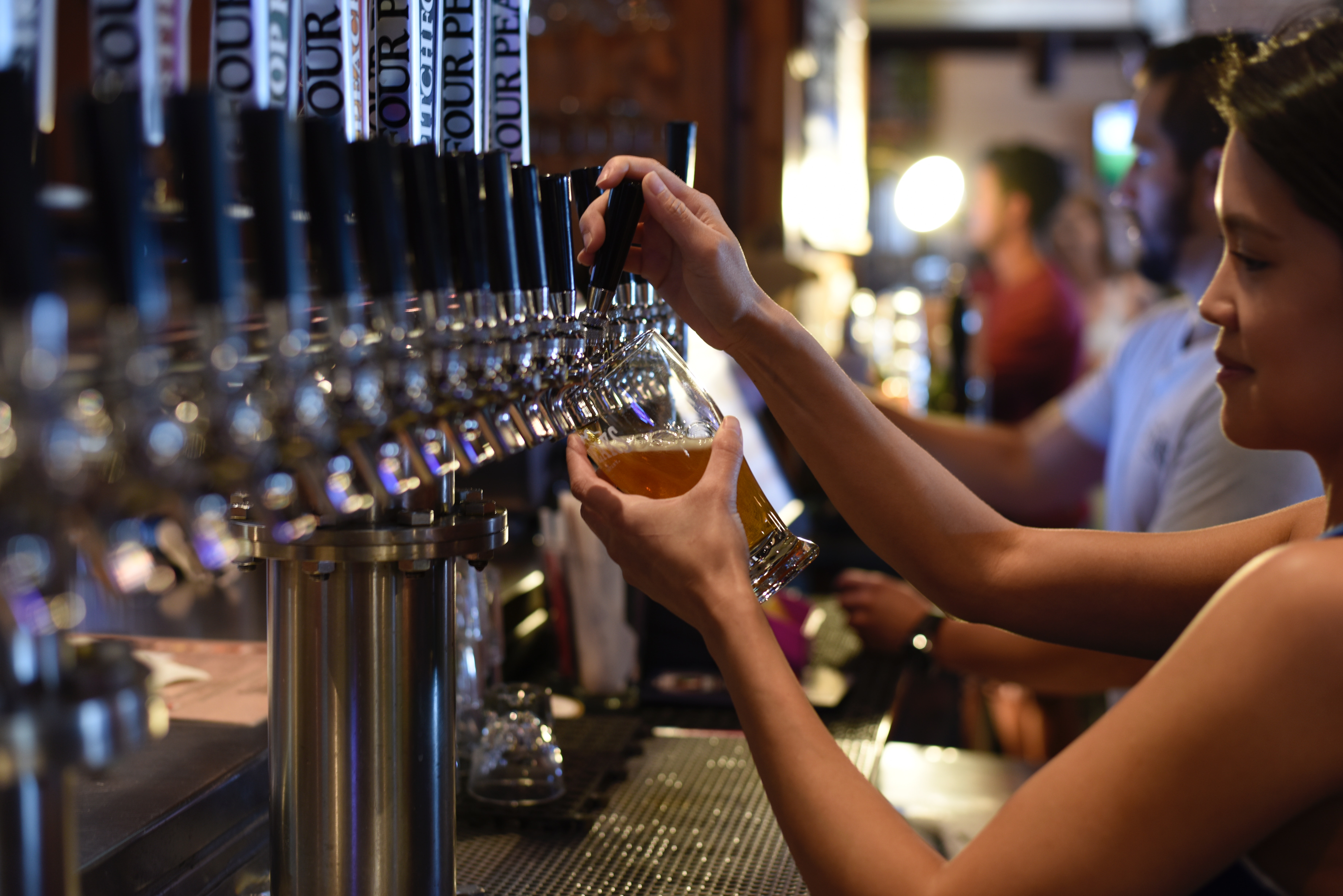 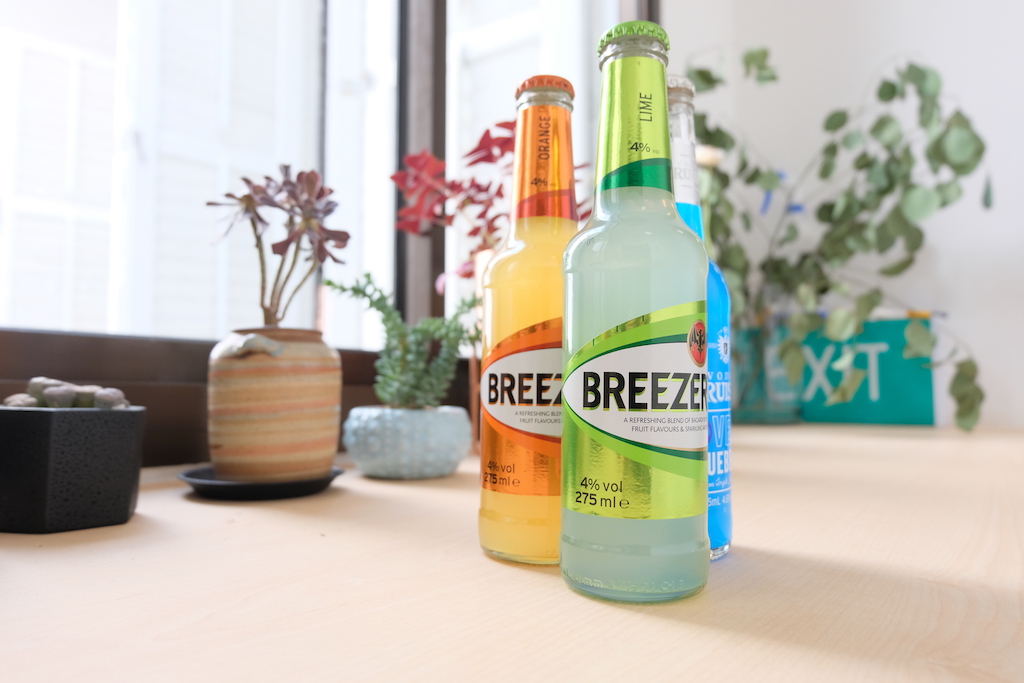 These Apps Are Basically the New Thai Disco