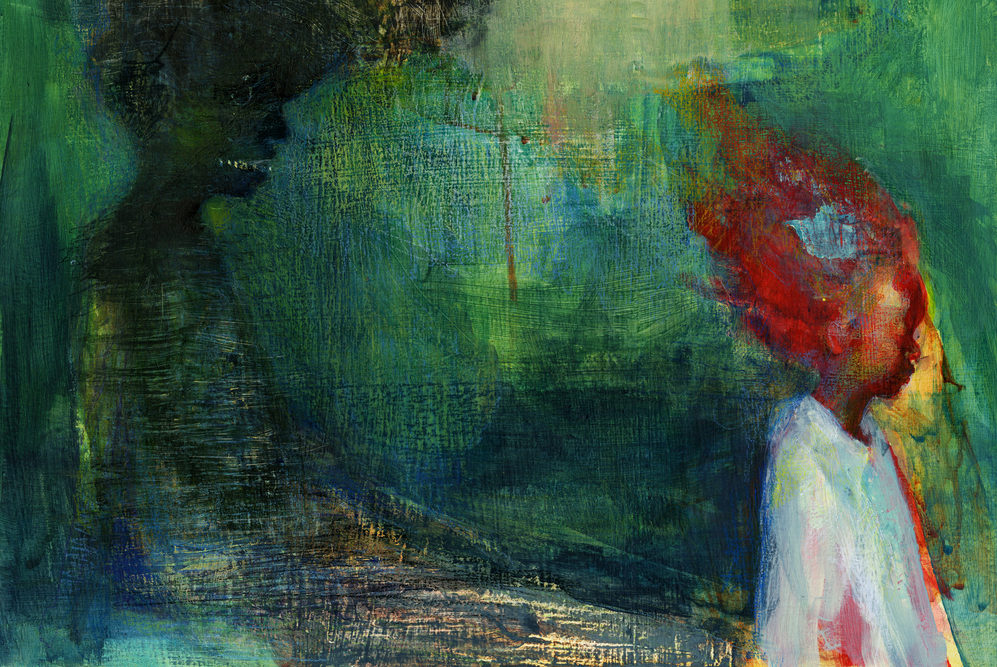 ‘Icarus Girl’ by Jia Sung, a Singaporean artist based in New York, USA.

As one makes their way through The Floating Magazine, it’s akin to navigating a tapestry of customs, cultures, and untold stories. In a media landscape often dominated by Western or Eurocentric motifs, these glimpses into frequently unpublicised worlds are like breaths of fresh air.

The Floating Magazine is an online indie publication started by Mumbai based writer and founder of TFM Studio, Payal Khandelwal. What originally began as a personal project has now blossomed into a platform chronicling the lives and work of contemporary visual artists and communications professionals from Asia and the Middle East. For individuals pursuing creative work in Asia, where success is still very much defined by various mainstream professions, it can be like stumbling on a colony of gifted outcasts.

What makes The Floating Magazine decidedly different from other similar platforms is how inner lives take center-stage unmediated. Most writers try to interpret their subjects and their work, lending their own voice to reading into gestures and word choice in attempt to unearth intimate revelations. But not Payal. Her approach is encumbered by none of these presumptions or interjections. She wants these individuals to tell their stories on their own terms.

Growing up in Singapore, it’s easy to fall victim to the idea that there exists only four races: Chinese, Indian, Malay, and Others. Even our identification cards attest to this fiction—one that defined my beliefs and understanding of Asian geography for most of my childhood and teenage years, leaving my perspective dramatically, unforgivably, cocooned.

I didn’t realise that inflexible categories inevitably fuel and fabricate stereotypes, leaving little room to appreciate how truly nuanced ethnic diversity in Asia is. When it came to ‘Asia’ I expected to hear and know only of certain cultures, and expected that they would represent themselves in specific ways.

Last week, I spoke with Payal to find out more about how The Floating Magazine started, and where it’s headed.

What was the inspiration behind starting TFM?

It started as a personal project to feed my own curiosities. Out of the assignments I was doing as a freelance journalist last year, the ones that appealed to me the most were where I got to do these in-depth conversations with the artists, which revolved more around them personally rather than just the art. I felt I needed more freedom and an exclusive space to continue doing this kind of work. And as I explored the idea further, I realized that visual arts and communications from Asia and Middle East are still grossly underrepresented in the global media, and when they are, it’s often with a tinge of exoticism and preconceived notions.

TFM seems to aspire to creating a sense of community; to reveal to those in Asia and the Middle East the reality that they’re not alone in their work/appreciation of creative pursuits. Do you face any challenges in trying to do this?

Yes, it definitively aspires to be a community. In fact, most of the comments I get from the artists featured on the website is how much they enjoy reading about the other artists from their side of the world. It is also a very democratic space in terms of who I feature, so there is a good mix of well-established and young/upcoming artists.

While there have been many logistical challenges of keeping the overall project going, I don’t think I have faced any challenge around this per se. I hope to eventually find a way for the featured artists to be able to really interact with each other, and may be even collaborate, in some manner.

How forthcoming (generally speaking) are the people that you interview? Have there been moments when someone took a while before they really opened up? How did you handle the situation?

I think the conversations that happen in person or over video/voice chat usually turn out to be much more in-depth and free-flowing versus interviews done over emails for obvious reasons. While I prefer the former, I give complete freedom to the artist to choose the medium he or she is most comfortable with. Sometimes, in particular cases like when there is a language barrier, the artists prefer the email format and the interviews tend to be much shorter.

One example of the former way of interviewing is a Skype conversation I had with Saudi Arabia based photographer Nouf Alhimiary. It probably wouldn’t have been as in-depth and interesting if we did an email interview. We were able to discuss so much more because we spent a lot of time just talking about different things instead of doing a formal interview. It turned out to be a fabulous piece. On the other side, an artist once refused to elaborate on his answers and didn’t want any follow up questions either, so I had to unfortunately drop the interview altogether as it was incomplete.

Is there a particular reason why you chose the interview format?

I guess I wanted to keep my own voice as minimum as possible, and that works out best in a Q&A format. So I give a small intro about the artist, then dive straight into the conversation.

Do you have any plans for TFM to evolve into more than what it currently is? If so, what are they?

I feel that this whole year was a launch period for the magazine, and now I really want to shape it into something better based on the feedback and experiences I have had so far. In terms of the tangible, I want to sort of re-launch it early next year with a slightly different design as a digital monthly magazine (with all the stories being published at once). I want to do interesting collaborations with selective brands and individuals to make the magazine sustainable. These could be through events, exhibitions and through a new section on the magazine which is sort of dedicated to those who periodically sponsor TFM as a cultural project. I am still working on this. I obviously want to promote/market TFM much better. So far, it’s been entirely organic.

The bigger or the intangible aim is to make TFM a community where there is real meaningful interaction among the artists, and between the artists and readers.

What would you say are some of the difficulties / advantages Asian & Middle Eastern artists and communications professionals face in the pursuit of their work?

Each artist has their own specific challenges, but in general, I feel artists and communications professionals from these regions are more often than not typecast and perceived in a certain way. They are often bundled up together based on their ethnicity. Of course they are influenced by their culture, but there is so much more to each artist personally. I think their rightful and unique representation in the global media is something they still struggle with.

The second challenge is for certain specific places in these regions (Middle East especially) where arts is still not taken seriously at all, and thereby not supported by education/public institutions etc.

How to Overanalyse the Introspective Selfie