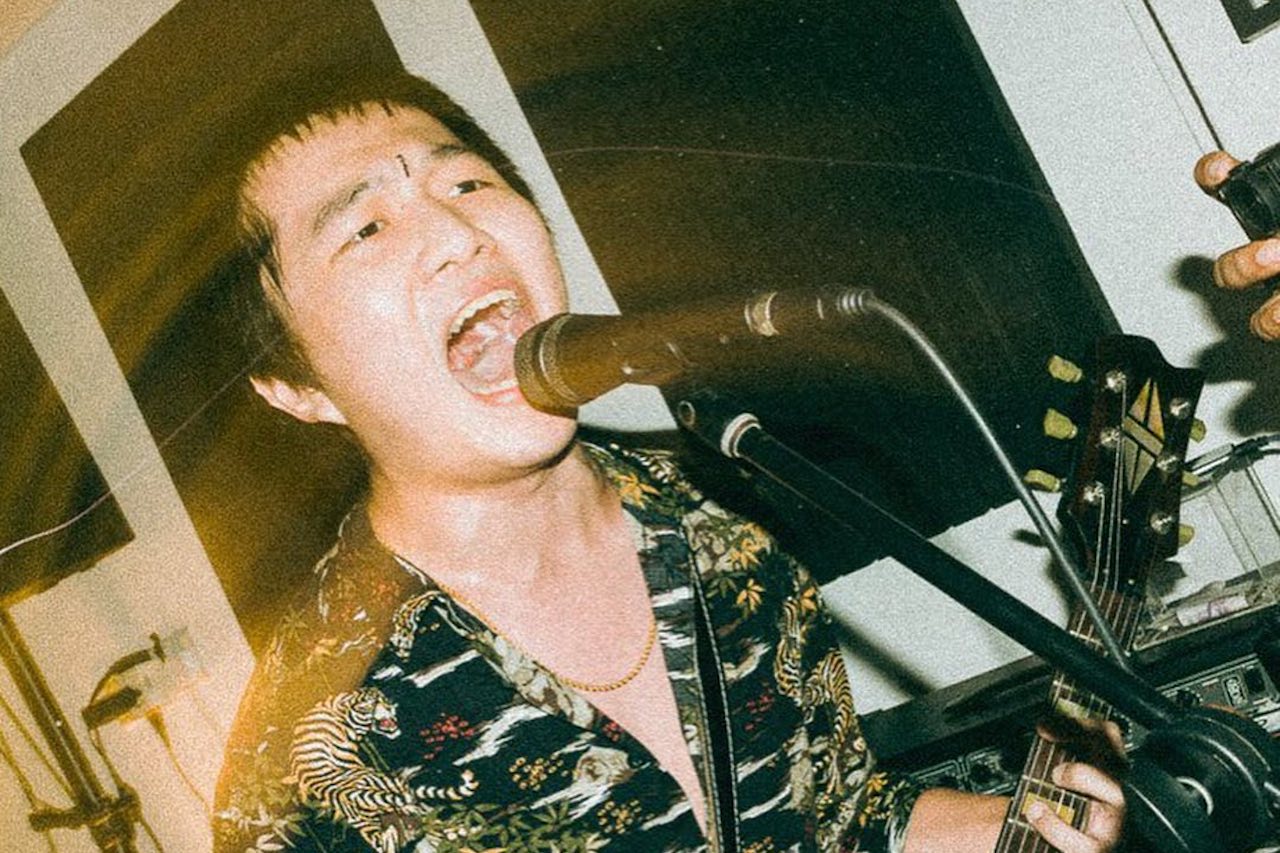 The chorus starts and everyone instantly lifts off the ground, as if an electric current is running through the floor.

I’m body slammed into a wall, just barely avoiding the historic newspaper clippings tacked to it. One headline reads, “This is Happening in Singapore”, while half the page is covered by a picture of kids crowd surfing at a punk gig from the 90’s.

The sentiment of the headline rings just as true for me today, as I’m pulled back through the mosh pit towards the other wall, a mere 3.5 meters away, barely dodging a flailing bass guitar along the way.

40 out of a total 80 people are moshing in a 50 square meter Little India shophouse. The energy to scale ratio is off the charts, and it’s completely intoxicating.

Like most, I know next to nothing about Singapore’s indie music … except that there’s an annual event called Baybeats, where a select few local indie bands get to perform in front of hundreds if not thousands of people at the Esplanade.

If you couldn’t already guess, I’m not at Baybeats.

Instead, I’m at the first ever Naybeats, a concert put on by local indie rocker and current NS man Isaac Chiew and music scene veteran Chester for Baybeats rejects. His own band, The Intimate Friends, is included.

At least in the case of the band playing right now, CB Dogs, I want to say that it’s less a lack of ability than a genuine punk attitude that got them rejected from Baybeats. They’re essentially a Singaporean resurrection of the Sex Pistols—distortion knob full tilt, guitar straps down below the hips, and wailing lyrics that aren’t afraid to disgust and offend.

Here’s a quick taste from one of their original singles, Siam Diu:

Naybeats is their first proper paid gig, and right now the crowd is going berzerk as they murder “Ai Sio Gan Mai” by The Boredphucks, a notorious 90’s Singaporean punk band whose proclivity for curse words got them temporarily banned from performing in Singapore 19 years ago. The song is legendary within the local indie rock community, and everyone here at the Lithe House tonight knows the lyrics.

The CB Dogs are not exactly the sort of act that would receive support from the government funded Baybeats Budding Bands Program.

While they don’t mind talking cock about it, performing at Baybeats is actually something that every musician here dreams of.

“For Singaporean bands, Baybeats is a major accomplishment many hope to achieve in their fleeting lifetimes, and indeed, many of our best acts (including those who have successfully toured internationally such as Forests, sub:shaman, Sobs etc.) have stepped on Baybeats’ hallowed stages,” says Isaac in a rather literary email.

In person, he puts it simply: “It’s one of the few times when local bands get the recognition they deserve. Baybeats is fucking great, man.”

Great … but inorganic. If we’re being honest, the reasons why people show up to Baybeats is because it’s big, well-advertised, and free—which is only made possible by government funding. Soo Jun Xiang, an indie rock enthusiast who helped Isaac produce Naybeats, says, “The vast majority of people who go to Baybeats will never go to a real indie show.”

In short, they’re missing out.

While Baybeats is a great chance to see indie artists, it’s artificial. Naybeats, on the other hand, is the celebration of local indie rock as it really is: gritty, intimate, and totally grassroots.

The venue, Lithe House, is a tiny Little India shophouse that in addition to being one of the indie scene’s few affordable concert venues, is a museum dedicated to Singapore’s independent music. Splattered across the walls are newspaper clippings, album covers, crumpled up lyrics, and instruments documenting Singapore’s indie music history. There aren’t any plaques with descriptions, but each object carries a story that everyone in the community reveres.

“We all know the obstacles Singaporean indie artists face, and it’s important to document the evidence of the efforts of bands from The Observatory to Yumi to Paris in the Making by hanging up their posters and set lists in this museum. These bands are all integral to the scene, but Singapore is still small after all, so its like ‘glory marks’ they were able to tour, ” Jun Xiang says.

For most musicians here, music is at best a side hustle if not just a completely non-monetisable hobby.

“In Singapore, pursuing a career in the arts is discouraged both by parents and the education system. I mean, your parent might be happy that you found something that you’re passionate about, but they’d never support their kid pursuing it as a career,” says Calvin Phua, lead guitarist of Gouch, one of the bands performing tonight.

No one here is delusional enough to think that playing music makes their parents happy. They play music out of pure passion, and no one epitomises this passion more than Isaac himself. For the past few months, he’s been devoting all his free time to planning the event, designing merchandise, and parodying Baybeats advertising on the Naybeats Instagram account. At the show itself, when he’s not inciting mosh pits, he’s cramming himself onto the tiny stage to sing along with the bands, whose original lyrics he knows by heart. And while he could have made a few bucks off of his hard work, Isaac decided to donate any proceeds from Naybeats to an animal rescue charity.

It’s only because of this shared passion for music that the local indie rock scene is at all sustainable. Indie producers like Isaac make essentially no money off of shows, and no one is bitter about paying the meager sub $10 entrance fee because they know it’s the only way to keep the indie scene alive and thriving.

While wider societal support for the indie scene is certainly lacking, the support within the community is incredible. Plenty of more successful musicians are here tonight to including Jiv from Knightingale, who the CB Dogs had convinced to come watch their debut. He ended up liking them so much that he became their impromptu sound engineer, tweaking their levels so they sound just right. In the local indie community, the success of 1 band feels like the success of every band.

While the community is tight knit, it is also extremely welcoming. In between sets, spectators and performers alike flood the street outside to crush beers, banter, give props to the musicians, and just talk music. I introduce myself to a few people, and before the end of the night they have introduced me to most of the bands. Everyone is so nice to me that it feels more like some kind of evangelical church group outing than a concert, but one where drinking is encouraged and dogmatic doctrine is replaced by good music.

Yet no one is trying to convert me to anything. They’re just excited to know that they’ve been able to reach just one more person with their art.

“It’s cool to see that someone all the way from San Francisco can come and appreciate Singapore’s music,” says Calvin.

As John Paul, bassist of The Intimate Friends, puts it, “The problem of [our] local music scene is one of demand, not a problem of supply. There are tons of quality musicians in every genre, but barely anyone comes out to watch.”

China Jam Reunion sounds like the Arctic Monkeys if their lyrics could capture the essence of, as they put it: “That feeling you get when you meet someone from Tinder and they say, ‘Oh, you looked taller in ur pics’.”

The Intimate Friends sounds like the Guns n’ Roses, only if you replaced Axl Rose with a more likeable lead singer, i.e., Isaac.

And Gouch sounds like the Foo Fighters—but only their good songs.

Despite the huge amount of talent, passion, and dedication that the artists put into their music, few outside of the indie community have come to see Naybeats. I figured that it must be pretty disheartening for the artists when they barely draw a crowd, but they don’t feel that way.

Isaac says, “For us, music is a lifestyle, and no matter how small the audience, we continue to pour our soul into our craft.”

I only feel sorry for the Singaporeans who treat Baybeats as the end all and be all of Singaporean music, when events like Naybeats are happening every weekend.

Do you feel sorry that you haven’t been exploring Singapore’s indie music scene. Tell us about your feelings at community@ricemedia.co.
Share to
Related Articles 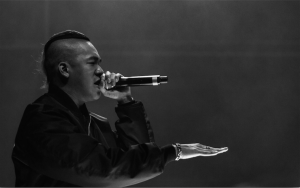 These tireless individuals have quietly become the cornerstones of Singapore’s music industry.