Train to Busan: Save Humanity, Not Human Beings Warning: Spoilers for Train to Busan and The Girl With All the Gifts ahead.

The recent South Korean film Train to Busan took a spectacular departure from the usual “save the world” story arcs of zombie films with its inclusion of an unexpected scene. An elderly lady, tired of the hypocrisy and herd mentality of the survivors she’s stranded with, lets a swarm of zombies into a train carriage, effectively infecting her and everyone else.

Beyond the delicious satisfaction of watching such ugly characters get their due reward, this unexpected scene resonates with what some of us must have considered at some point: that perhaps it’s time for humanity to start over from nothing.

All evidence today points to the fact that we have achieved little to be proud of as a species. Income inequality, racism, and sexism are more rampant than ever. Rodrigo Duterte is President of the Philippines, and there is a healthy chance The Donald might enjoy a similar fortune come November. Global temperatures are at their highest in 115,000 years. War, accompanied by a mass exodus of asylum seekers, has fractured countless societies.

Of course this is but a cynic’s perspective, and not everyone will share the sentiment that we, the human race, deserve to be obliterated in order to make good on our mistakes. After all, we have accomplished some pretty amazing things. Even Confucius once said that our greatest glory is not in never falling, but in rising every time we fall.

in the persistence of zombies and the movies they appear in is an important lesson: we, as human beings, have learnt nothing from history

Zombie movies have always been a convenient metaphor for the way we move through life. Our wry observations of how no one looks remotely happy during their morning commute can make us feel like the only sane ones. Train doors opening on platforms in the CBD mirror releasing a senseless rush of bodies on an uncaring city.

And we have every reason to feel this way.

A survey by JobStreet from six days ago ranked the unhappiest employees in seven Asian markets. With Singapore leading the pack with 5.09, Malaysia, Vietnam and Hong Kong followed closely behind. The Philippines, even with its highest score of 6.25 out of 10, gives us little to be optimistic about.

These are pretty ominous numbers, and while even we have written about how it’s okay to not love your work, we can’t deny that all of us, to some extent, want to love our jobs. Rather than experiment or start over, we drag ourselves forward, one plodding step at a time, and find consolation in the fact that we can at least afford the roofs over our heads. For now.

But what if we could start over?

Looking at the recent trend (okay I’m not sure if we can call it a trend yet) of zombie movies, there seems to be a collective suggestion that this might be the only way forward. If Train to Busan is the appetiser, then The Girl With All the Gifts is the entrée.

Having premiered just over a week ago, this film adaptation of its namesake novel takes the nihilistic tendencies of Train to Busan to the next level. In The Girl With All the Gifts, we are confronted by a world where Mercedes Benz’s headquarters—a symbol of corporate excess—stands vacant and in ruin. Nearby, London’s BT Tower is barely visible under the aggressive foliage of pods containing spores ready to turn all of humanity into ‘hungries’ (this movie’s version of zombies).

It’s a loose symbol of the metaphorical tree of life; when Melanie, the film’s young, infected protagonist sets it on fire to release the spores that will infect all of earth via air, it becomes quite literally a cleansing fire. Instead of fighting for the survival of the humans who have protected her thus far, she decides they are a generation that has no place in the new world order.

Nothing in The Girl With All the Gifts is more poetic than the moment when she shoots Sgt. Parks, her antagonist turned personal guardian. It is both an echo and subversion of the narrative surrounding how we must do everything for the sake of our children, whether it’s saving the earth or enforcing the right legislation. In the end, they are the ones who will supersede us. The infected replace the living.

One can argue that there is no place for the apocalyptic bleakness of such movies today because we already know that everything is going to shit—please stop reminding us! Or that the tired, ceaseless social commentary on class warfare and the duplicitous fallibility of the human condition is nothing new.

But in the persistence of zombies and the movies they appear in is also an important lesson: we, as human beings, have learnt nothing from history. This is why we need constant, jarring reminders of what assholes we are on a daily basis, along with the not-so-subtle suggestion that we should all just wipe ourselves out.

At the end of The Girl With All the Gifts, we see in Melanie the the beginnings of an authoritarian as she exercises control of a group of second-generation-infected children. In Train to Busan, every character we grow to love eventually dies, right at the moment when they finally learn what matters. Clearly, nothing really changes with one generation’s annihilation of another, and life barely ceases from being a chaotic mess of illogical events.

The lessons here are obvious. Yet I still can’t help but wonder how many zombie movies and plot twists it will take before we actually learn anything. 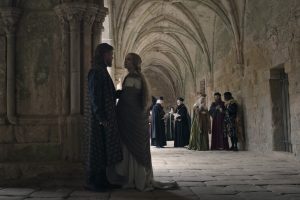