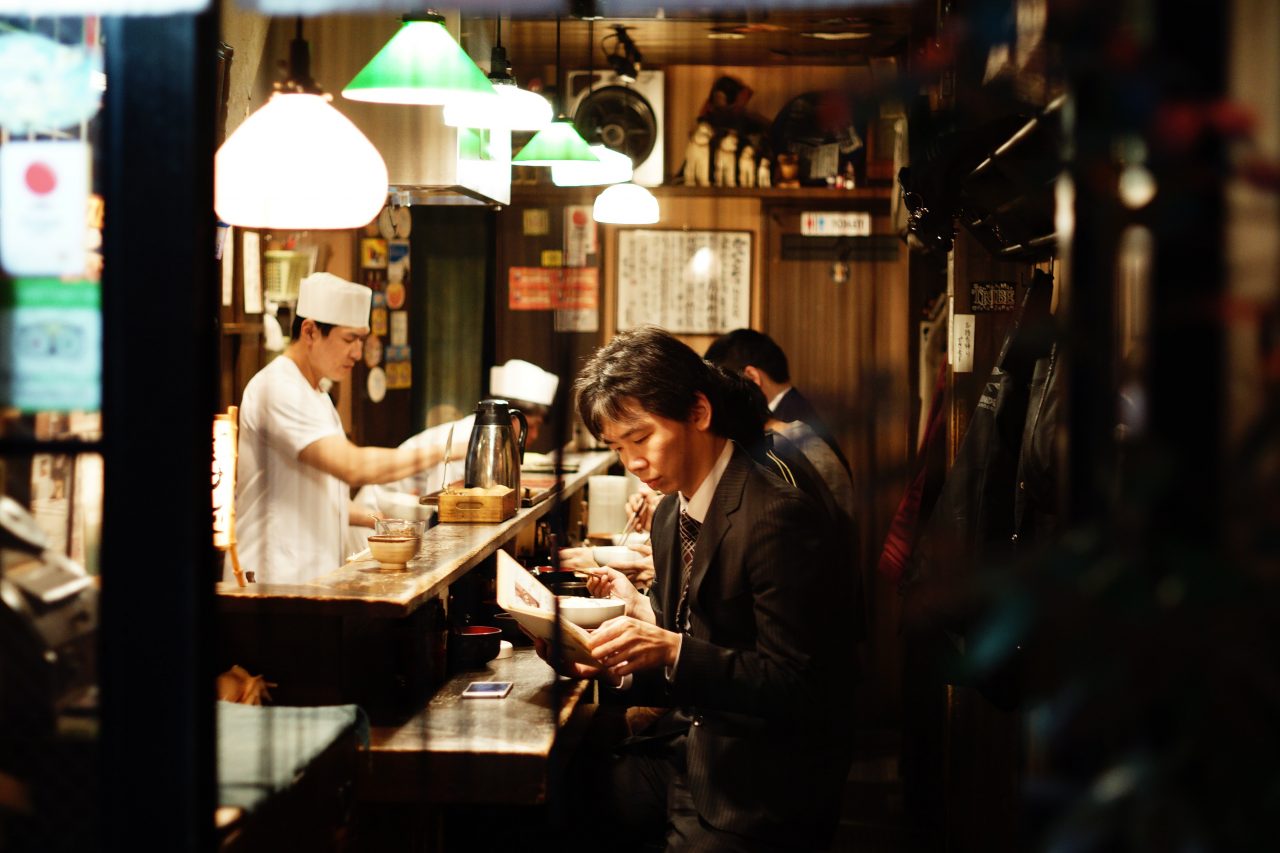 Say what you want about the Japanese, but as a nation, they are the greatest marketers of all time. Their magnum opus was fooling white people into paying top dollar to consume uncooked fish.

The first sushi restaurant in the U.S. was reportedly opened in 1906 in the Little Tokyo neighborhood of Los Angeles, where the California Roll was first invented. Instead of using seasonal toro (i.e fatty tuna) in a traditional maki roll, one sushi chef-slash-absolute madlad replaced it with a cheap slice of avocado.

One Jiro Dreams of Sushi later, and the rest was history.

The aftermath of this Sushi Inception was a long and uninterrupted boon for mass consumerism. After convincing us that uni tastes oishii, there was literally nothing the Japanese couldn’t sell us on. Ramen, a Chinese invention, became premium Japanese food, worthy of hour-long queues at Ichiran. Marie Kondo cornered the global market on minimalism, and had us sparking joy and talking to inanimate household objects.

Everything from Japan has become synonymous with quality—from products to customer service.

It’s no wonder then, that after the shopping spree, Singaporeans also looked to the Japanese for the meaning of life.

Perception vs. Reality in Japanese Culture

But having lived abroad in Japan (Kyoto) for a year and studied the language for six years, there’s a difference between the Japan that’s marketed towards foreigners and the actual Japan that locals live in.

Uchi-soto literally means inside-outside, which refers to the distinction most Japanese make between the ‘in-group’ and ‘out-group.’ People in the ‘in-group’ are family, friends and colleagues, around whom the Japanese can behave more casually and say what they truly think; ‘honne’ refers to a person’s true feelings and desires.

People in the ‘out-group’ consist of customers, acquaintances and foreigners, with whom the Japanese will try to present themselves (and their company or country) in the best possible light; ‘tatemae’ in Japanese means ‘built in front’ or facade.

The existence of this barrier feeds into the foreigner’s perception that Japan is an exceedingly polite, orderly and utopian culture where citizens live in pursuit of self-actualisation and spiritual fulfillment—all while providing good customer service.

But what we don’t see is what goes on internally: the social pressure to live up to impossibly high standards—even at minimum wage jobs. Or the crippling loneliness and isolation of the housewife and salaryman. As Henry David Thoreau puts it, ‘the mass of men lead lives of quiet desperation.’

It’s within this cultural context that the entire Japanese self-help genre should be placed.

1. Ikigai: The Japanese Secret to a Long and Happy Life

Ikigai (生き甲斐) is a Japanese concept that means ‘a reason for being’ or simply the meaning of life. The authors of the book Ikigai: The Japanese Secret to a Long and Happy Life conducted interviews with 100 elderly villagers in Okinawa, the Ryukyu island chain known for the highest life expectancy in the world, and the highest reported life satisfaction in Japan.

According to these villagers, the secret to having a long and happy life consists of three elements:

‘Something to do’ refers to your work. ‘Something to love’ means nurturing family and friendship ties within your community. ‘Something to hope for’ is simply having an optimistic outlook on life and the future.

The most interesting parts of the book deal with practical advice on how to find meaning in your work and career. The Japanese aren’t big believers in retirement and lazing around on a beach. In order to lead a meaningful life, you must always have something you can focus deeply on and derive joy from. A craft that, while stressful at times, also fills you up with purpose.

Work in this context means something more than just climbing the corporate ladder. It’s about finding the sweet spot where your duty, passion and marketable skills overlap. It can be summed up with the following Venn diagram:

At 1.75x speed on Storytel, I finished the audiobook within an hour and a half. While some of its lessons are simply common sense (eg. eat your vegetables, engage in daily exercise), there are also more thought-provoking ideas on ways to simplify your life and handle stress that’s well worth the listener’s time.

Kaizen: The Japanese Method for Transforming Habits, One Small Step at a Time is perhaps the ultimate book for aspiring entrepreneurs and future MBAs.

The concept, when translated into its Chinese characters (改善）should be self-explanatory to a Mandarin speaker, and literally means ‘to improve.’ The Japanese ethos of continuous improvement has its historical roots in the lean manufacturing principles developed during the post-war period, where following the Japanese surrender, resources were scarce.

Any business graduate will have heard about ‘The Toyota Way’, which codifies the kaizen philosophy into a set of management principles where every little detail matters.

That’s because the value of making something just 1% better each day compounds over time.

Kaizen in the customer service context means minding the little details like greeting every customer with an ‘irasshaimase’ as they enter the store. It explains why staff members from ramen shops to convenience stores follow the same meticulous rituals when they open and close shop.

According to the Japanese, daily repetition breeds excellence.

Lastly, The Power Of Chowa by Akemi Tanaka teaches us how to build inner strength and flexibility through chowa, the act of finding balance and harmony at home, at work, and in your relationships.

There’s some irony in that this is the only book on this list that was actually written by a Japanese author. As described on her personal website, Akemi Tanaka is “the daughter of an old samurai family and grew up immersed in the traditional arts and culture of Japan.”

Chowa derives from the old samurai philosophy of seeking balance in all things, where a warrior needs to be equally skilled in the physical arts of combat and the learned arts of calligraphy, music and literature.

Unlike the previous two audiobooks, The Power of Chowa takes a less academic and research-heavy tone, focusing on the author’s personal experiences and life philosophy. It’s an insider’s account and reflection of the culture she grew up in.

As we wade through the mud of 2020, it’s no exaggeration to say that we’re living in an era of transition and moral panic. In these difficult times, the self-help genre has been booming, and Japanese self-help in particular, has garnered the largest following.

But does the popularity of the genre reflect the reality of how most Japanese live and perceive their own lives?

Not exactly. While elements of the above concepts like ikigai, kaizen and chowa do exist in modern Japanese social structures, the global obsession with everything Japan has meant that its significance has been greatly overstated.

For example, when you Google Ikigai, the first search result is a Medium article written by a Western author who boldly claims that “In Japan, millions of people have ikigai (pronounced Ick-ee-guy)— a reason to jump out of bed each morning.”

This oversimplification ignores the structural issues of a declining and aging population and a shrinking workforce that makes Japan something less than the spiritual utopia that it’s marketed to be.

None of this, however, invalidates the ideas that are expressed in these books.

For my part, devoting an hour and a half to each audiobook during my downtime (on 1.75x speed) served as a tuning fork of sorts. A palate cleanser for the mind. Even the most basic, common sense concepts became reminders for me that life, at the heart of it, is simple, and filled with small pleasures, and it’s the (over)thinking that makes it complicated.

After all, self-help doesn’t have to be a panacea for all of our problems.

Instead, it can help us recalibrate aspects of our daily lives—by making one small adjustment at a time.

This article is sponsored by Storytel. You can start exploring the world of Japanese self-help on Storytel, where the following titles are available in audiobook or e-book formats:

Ikigai: The Japanese Secret to a Long and Happy by Francesc Miralles, Héctor García
Kaizen: The Japanese Method for Transforming Habits, One Small Step at a Time by Sarah Harvey
The Power Of Chowa by Akemi Tanaka Let’s admit it: the world is in a bad place right now.  You can blame the sensationalist media or play the eternal optimist by looking at say, infant mortality rates over time (declining), or the number of people getting access to education and healthcare (rising), but these are arguably long te

“How romantic!” is the typical response my wife and I receive when we tell people about our six year long distance relationship (or LDR).  At this point, my wife thanks them quickly and tries to move onto another subject. Because she knows I’m about to open my mouth and ruin this polite in