Stan Lee: Not Just a Comic Book Writer, But Also a Champion for Inclusivity Well, we all knew this day was coming, and yet, it doesn’t hurt any less for it having arrived.

Stanley Martin Lieber, or as he was more popularly known, Stan Lee, departed our plane of existence on November 12. And everyone, not just geeks and nerds, is feeling the space left behind by his departure. Without Stan, the Marvel Cinematic Universe as we know it today might never have existed.

In his 95 years of life, Stan lived an impressive life. Having grown up through the Great Depression and served in World War II, Stan was well placed to observe the myriad ways in which humans can be both kind and cruel to each other.

He started out at Marvel’s predecessor Timely Comics, working as runner and office boy, keeping inkwells filled, getting sandwiches for the writers, proofreading, and other such duties. However, he never started out wanting to write comic books, but instead, held a dream of writing the Great American Novel. In fact, he adopted the pseudonym of Stan Lee so that when he began his career as a novelist, his previous work on comic books wouldn’t taint his reputation.

Still, his talent was quickly recognised, and he was quickly promoted to Editor when he was 19. It was only after his military service that he created the characters and storylines that Marvel would eventually become famous for. At the advice of his wife Joan Lee, Stan began to experiment with complex, flawed characters, in stories that took place in the world around him.

The Avengers and X-Men worked out of New York, along with Daredevil, Doctor Strange, and Spider-Man, to name a few. The Marvel characters were written to be people, living in a world that might be the one you were looking at out of your window. Compare this to DC, who were riding high on their reinvention of the superhero archetype at the time. DC characters were larger than life, literal gods who wanted to be men, while Marvel characters were extremely human, men who aspired to be gods.

Aside from his storytelling skills and contributions to the genre, Stan Lee was also a committed anti-racist, whose messages of acceptance and tolerance were woven throughout his comic books.

The X-Men, for example, when they were first created in 1963, had clear parallels to the Civil Rights Movement taking place in America at the same time, with the ideological differences between Professor X and Magneto (peaceful protest vs violent resistance) clearly mirroring the disagreements between Dr Martin Luther King and Malcolm X, or the fact that director Bryan Singer directed the X-Men’s struggle for acceptance in an increasingly intolerant and fearful world as a parable for the Gay Rights Movement in the United States.

In all senses of the word, Stan was a progressive. He would have been deeply disheartened by the current trend within geek culture to bar and remove the influence of women, people of colour, and the LGBTQ+ community from comics. It bears repeating that back in 1968, Stan wrote an essay about the evils of racism, and we would all be better people if we heeded his words:

“Let’s lay it right on the line. Bigotry and racism are among the deadliest social ills plaguing the world today. But, unlike a team of costumed super-villains, they can’t be halted with a punch in the snoot, or a zap from a ray gun. The only way to destroy them is to expose them; to reveal them for the insidious evils they really are.

We’re not trying to say it’s unreasonable for one human being to bug another. But, although anyone has the right to dislike another individual, it’s totally irrational, patently insane to condemn an entire race; to despise an entire nation; to vilify an entire religion.

Sooner or later, we must learn to judge each other on our own merits. Sooner or later, if man is ever to be worthy of his destiny, we must fill out hearts with tolerance. For then, and only then, will we be truly worthy of the concept that man was created in the image of God—a God who calls us ALL His children.”

That’s a statement that could easily be applied to the current trends within US politics, or even the recent wave of xenophobia and Islamophobia sweeping Singapore. It astounds me that people can appreciate the stories told by Stan, and still manage to overlook the message that he wanted us to understand.

When I was growing up, I never really got into Marvel. I was always more of a DC girl and there was already so much history and so many stories to catch up on that the Marvel Universe seemed a tad daunting.

Yet, when Iron Man hit screens back in 2008, I remember thinking, “This is going to be huge.” And so, years after my adolescence, I did begin to read Marvel comics, mainly the big hits, like The Dark Phoenix Saga and the Elektra Saga, while basking in the crossovers that happened in the Avengers vs Justice League comics, or the Amalgam Universe (it’s basically one where characters from DC and Marvel get mashed up, backstories and all, so you get someone like Dark Claw, who’s Batman+Wolverine. Comics are weird and it’s amazing).

Jessica Jones dealt with depression, and the outcome of abusive relationships; Luke Cage was a black man making his way in New York and dealing with the very real consequences of racism; and Daredevil was a blind lawyer who also kicked all the ass at night.

The characters in Marvel comics felt like genuine people to me. Getting to know them and sharing in their adventures was a pleasurable escape, especially from whatever weird reboot/crisis DC happened to be doing that week.

It’s heartening to know that one of the Dons of the American Comics Industry had the backs of minorities way back in 1968, and for a trans girl growing up in a repressive country, comic books were a means of visiting a different world. Not necessarily always a better world, but certainly one which had the potential and the means to make it so.

If you ever decide to head on down to any comics convention, you’ll see cosplayers portraying the heroes that Stan Lee helped to create and shape. There will certainly be a cloud over the geek community, but one thing that we can all agree on is that Stan wouldn’t have wanted us to weep.

He would’ve wanted us to be welcoming and accepting of anyone who wanted to join in our fandom, and on a larger scale, anyone who might want to join our country. Integrating into a new community, or a new country, is scary stuff. What we can do is to be kind, and welcome our new friends and neighbors, as Stan the Man would undoubtedly have done himself.

Ask yourself, what would Professor X, or Spider-Man, or Captain America do in your shoes? Stan created characters who could help guide our moral compasses. Thanks, Stan.

Did Stan Lee’s passing affect you? Tell us: community@ricemedia.co.
Share to
Related Articles 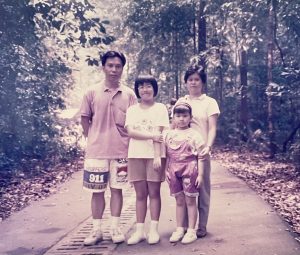 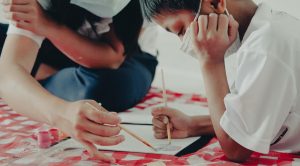