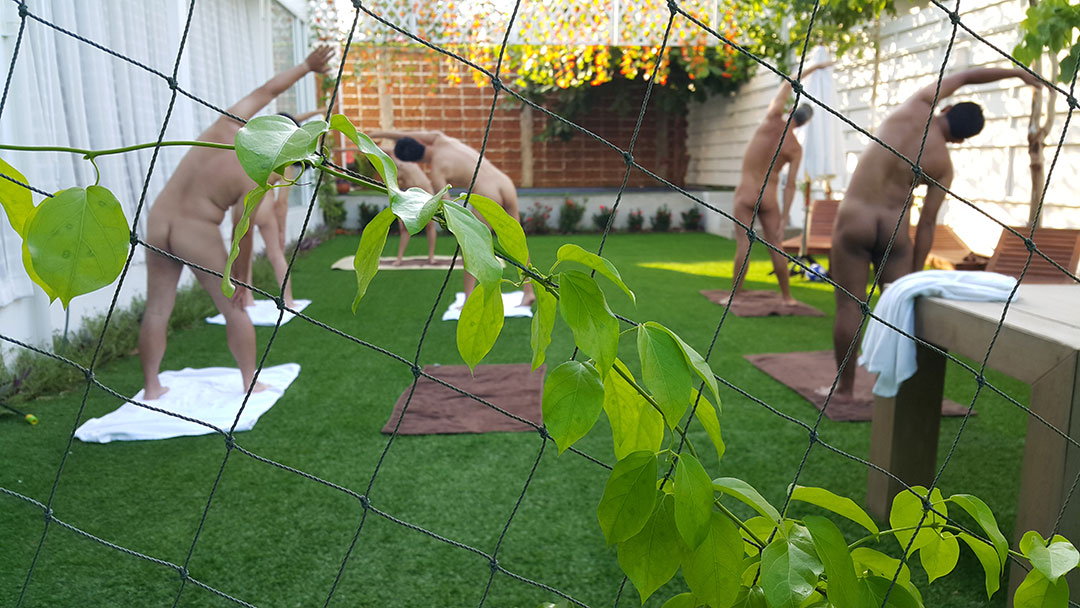 It’s 7 o’clock, and down a dead-end alley in Phrom Phong the air is thick with the singular sweetness that follows the first storm of the rainy season. On this street, between the Japanese supermarkets, karaoke bars, and ramen joints, you’ll find the Royal Oak, an open-air place with floorboards that bend, a weathered wooden patio, and long happy hours.

Tonight, like most nights, a motley mosaic of Bangkok’s expats and locals packs the pub: writers, office workers, young Thai women, and teachers, some passers-through, others old salt stuck somewhere between willing participant and prisoner in the local culture. None, however, seem to be aware of what’s going on two floors above them at this very moment.

In a small room with blacked-out windows, Arisa lets down her hair and slips out of a dark cotton blouse, stepping onto a well-lit stage that’s surrounded by a dozen chairs. She drops down to the floor, her bare hip pressed against the carpet, and stares out into the audience. There are nine sets of eyes on her.

“My first time doing this, I remember, there were 22 people,” she’ll say later in the night. “The first five minutes, I felt so nervous. I’d never been naked in a professional way. But after that, the energy in the room calmed me down and I started to concentrate on my poses.”

Arisa is a nude model for non-academic life drawing classes run by a group called The Drawing Corner. The group of artists meets every week for two-hour sessions on the third floor of that long-standing expat haunt, the Royal Oak, rotating models as often as possible. Models typically start with an hour of one- or two-minute poses, followed by an hour of longer 20-minute poses (which sounds downright torturous to the clinically inflexible).

While artists don’t have to be professional to join, it’s made clear that the classes aren’t intended to satisfy any sexual urges. Photography is disallowed, and so are creepy advances.

Since November, Arisa has posed five times—three times with another female model and twice solo. “It’s my meditation class,” she says with a laugh. “I feel free, like I can detach from my body.”

During the day, the young Thai professional is an entirely different person: a career-driven high-riser working in corporate finance. But, she explains, because of her position and ambitions, she can’t tell her co-workers or family what she frequently does in her free time.

“‘What are you doing? What’s your job, something in the black market?’ Thai people are still too conservative,” she explains. “So I’m kind of selective with whom I talk about this.”

As Arisa suggests, Thai culture broadly disapproves of the bare body. In recent years, Thai women have been publicly admonished for displaying their breasts, and the ruling military government has even sought to cover up the country’s notoriously risqué car models. Nudity is apparently only stomached when it involves Thailand’s quasi-regulated sex industry, which accounts for an estimated ten percent of the GDP each year.

While it may sound like a deep-rooted societal issue, this moral hang-up with nudity actually began less than a century ago. In the early 20th century, the standard attire for Thai citizens wasn’t much more than a sarong wrapped around the waist. During the reign of Rama V, however, the government aggressively modernised, hoping to make the country appear less barbaric to its European suitors, and Western dress became the norm among the elite.

In the 1940s, Field Marshal Plaek Pibulsongkhram took taboos to another level, declaring twelve cultural mandates, including: “Thai people should not appear at public gatherings, in public places, or in city limits without being appropriately dressed. Inappropriate dress includes wearing only underpants, wearing no shirt, or wearing a wraparound cloth.”

“Many conservative-minded Thais really do believe that Thai culture and traditions are ‘old, civilised, and clean,’” says Kaewmala, the author of Sex Talk: In Search of Love and Romance and the Thai Woman Talks blog, who prefers to go by her penname. “Anything that makes it less than that is automatically not Thai. It’s ‘circular illogic.’”

This moral righteousness, adds Kaewmala, is largely the result of “conservative Thais (urban, middle-class, and bureaucratic elites) who have drunk the Kool-Aid about Thai culture being prim and proper, when it’s never really been that way. If it has any roots in Thai culture, it can be said to have applied to royal court standards. The modern Thai court was influenced by Victorian ideals, which trickled down to nobility, and later the upper and middle classes.”

If women dancing topless in public and nude models signify anything, though, it’s that not everyone in Thailand subscribes to a rigid line of thinking regarding the body. But barriers to becoming better adjusted to complex individual emotions persist in Thai culture anyway.

“The meaning of nudity, in general, is so not talked about. It’s just not a thing. In a way, it’s still alien to me,” admits Varin Charnyapornpong, an interior designer and fan of classical paintings, who attends The Drawing Corner most weeks to sharpen his budding skills.

“No one tells us openly what we’re supposed to do, and yet everyone has such a clear idea of how things should be,” he says. “Since [our values] are so hard to pinpoint, and no one writes them down, and it’s taboo to discuss them, things have stayed that way. A lot of people aren’t even aware of what they think, of what they feel.”

There are signs of change, however. To find them, look no further than Barefeet Naturist Resort, the flagship venue of Thailand’s very own naturist (i.e., nudist) association.

“We launched in 2007, and when we started getting media attention, naturists who hadn’t known we were around came out of the bushes,” says Gregers Moller, who first came to Thailand as a foreign correspondent in 1988 and later founded the Naturist Association Thailand (NAT), as well as a couple nudist resorts, with his wife, Disraporn.

“These were people who always liked being naked in nature—going for walks naked or having a picnic naked—but didn’t know there were others who were also weird,” says Moller, with deadpan humour. Now, Thailand is leading the charge for naturism across Asia.

“We get guests from all over: Malaysia, the Philippines, China, India especially, Singapore. We’re a tourist destination for naturists, and it’s the kind of tourists Thailand wants to attract. They visit temples and markets in the day, and then strip down and go for a G&T at night.”

The NAT claims nearly 3,000 members, including, Moller notes, civil servants, upcountry couples who come to Bangkok for weekend excursions, and even a few taxi drivers. (“Somehow, taxi drivers always know everything about everything in big cities,” he says.)

And the group now extends from Phuket in the South (Lemon Tree Resort) to Chiang Mai in the North (Oriental Village) and Pattaya in the East (Chan Resort), with plans to expand to Kanchanaburi. Not to mention the mixed-gender onsen Moller is building next to Barefeet.

But there’s no funny business. Moller and Disraporn have made desexualising the experience a point of emphasis. He says that many people come to Barefeet having tried swinging first, “and you can almost hear a sigh of relief” when he lays out the nonsexual credo.

While naturism is still something of a fringe pursuit, Moller points out there was a naturist club in Thailand before 1932, started by a well-travelled Thai man named Salin Foothai. “He had a good compound, way bigger than what we can afford now,” he says.

There was an almost militaristic aspect to naturism then, with physical exercise being a core part of the “healthy lifestyle” concept. According to Moller, since the group got going around the time of Thailand’s democratic revolution, all those exercises gave the impression that Foothai was training resistance fighters, so he closed the club before he got arrested.

Now in its second incarnation in the country, naturism has steadily gained steam, but its leadership has chosen to remain discreet. “So far, we’re being tolerated by the community. That very Thai idea of, ‘If you don’t bother me, I don’t bother you.’ As a concept, naturism is still new to modern Asia,” says Moller. “We’ve had to do a lot of education.”

To that end, both naturists and artists would agree. “I learned drawing outside school,” says Varin. “Before the Drawing Corner, I’d never been to a life drawing class that had a real model. Where I went, we had a plaster model of an old guy. And even he had on underwear.” 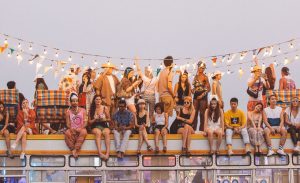