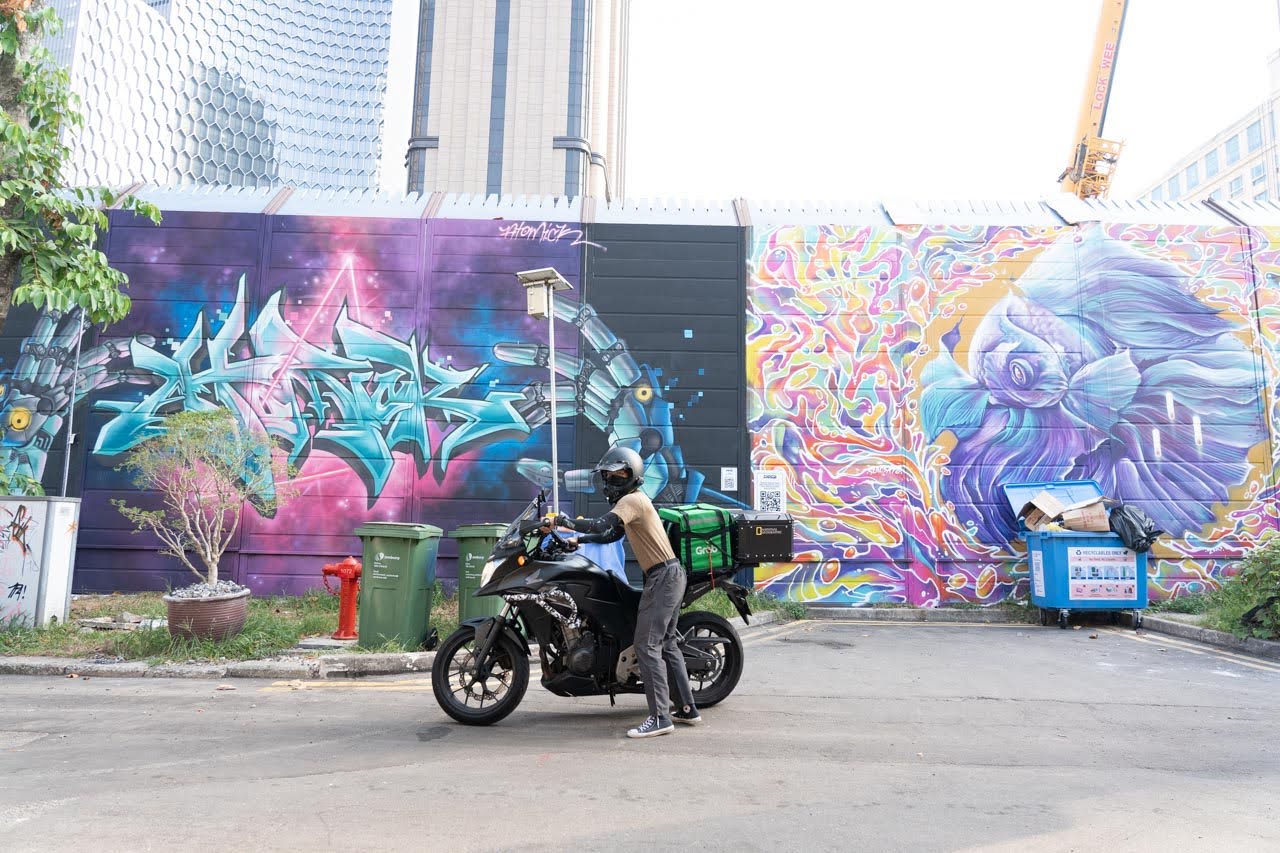 In 2020, statistics from the Manpower Ministry’s (MOM) annual Labour Force in Singapore report showed 228,200 people were engaging in “own account work”, which may include other types of freelancing. MOM puts the number of ‘platform workers’ as of 2020 at 3% of the resident population, at 79,000 people. This came on the heels of a pandemic lockdown and the ensuing crippled economy that forced many residents out of full-time employment straight into the arms of a sector that desperately needed employees—food delivery.

A year on, the situation seems unchanged, with food delivery riders being more in demand as dining-in rules and regulations ebb and flow depending on Covid-19 case numbers and its load on Singapore’s healthcare system. At the 2021 National Day Rally, PM Lee highlighted the plight platform workers face, being ‘especially concerned’ that they lack the basic job protections that most employees enjoy, like workplace injury compensation, union representation, and employer CPF.

Following that, MOM set up a public consultation and an Advisory Committee to strengthen ‘protections for self-employed persons who work for online platforms’, chaired by a human resource professional, Goh Swee Chen.

Curiously, no gig platform is represented on the panel. And, while the committee is a step in the right direction, more can and should be done to protect, provide, and progress our gig workers.

Still, doing more first requires an acknowledgement that the face of work is changing. Today, with many full-time employees working from home, what differentiates these employees from freelancers? Untethered from a physical office, today, anyone can provide their skill to any willing buyer anywhere. All that’s needed is an Internet connection.

To start, an admission

I’m a gig worker—my last full-time job contract ended in October 2021. Eighty applications and 17 interviews later, I am still nowhere close to landing a job. Still, I had to find some way of providing for myself. I’ve since turned to gigging—writing, providing tech support, facilitating focus group discussions, and doing food delivery.

It’s a great time to be a gig worker. With the help of technology, platforms can now accurately match the quality of my labour with the degree of demand. Still, it bears remembering that when the rates for platform workers like myself are determined by the platform’s algorithm, jobs controlled by the platform, and the work a reaction to the pings on the app, workers much like myself, increasingly morph into the physical hands and feet of digital code.

Beyond the app, it’s also perilous for such platform workers in Singapore. Being classified as ‘self-employed’ means that they are not afforded the usual protection and benefits to full-time workers, such as health insurance and employer CPF contributions. Without realising it, platforms have effectively passed on the organisational responsibility of protecting and providing service providers to the individual worker.

Perhaps it’s time we reexamine the definition of work as a full-time, 9–5 role. Does the Grab rider offer a glimpse of what work may look like if we could Grab-lawyer, Grab-doctor, Grab any-job? Does today’s full-time worker—remotely working, with the ability to provide a skillset anywhere and anytime—portend shifts in the future of work that we should be aware of and address? Can gig work, in fact, be seen as good work?

Already, the cracks in traditional employment are beginning to show. Some are questioning if the conventional employer-employee model to provide for their needs is even ideal—and it shows. The average monthly resignation rate for professionals, managers, executives and technicians (PMETs) rose to a seven-year high of 1.5 per cent in the third quarter of 2021.

Still, limiting the conversation solely to the issue of platform workers forgets others on the broader gig economy—tutors, trainers, writers, and those who have multiple clients but no single employer. Post-pandemic, it’s a fool’s errand to expect the world of work to revert to the delineated circles of ‘full-time’, ‘self-employed’, and ‘unemployed’.

It’s possible we are witnessing the coagulation of these different circles, such as a full-time role, with gigs on the side. If anything, the pandemic has allowed the possibility of work that can be anywhere, anytime. Addressing gig work at the low-skilled end may provide useful frames to examine what can be done if gig work becomes mainstream.

The Budget could have provided for them

While the Budget has rightfully paid attention to lower-wage workers by introducing the Progressive Wage Credit Scheme and extending Workfare to younger workers aged 30 to 34, gig economy workers did not have any measures introduced that addressed their unique circumstances.

Some may argue that there’s no place for platform workers in the Budget. After all, they have made the conscious and deliberate decision not to be contractually tied to a company. While this negates platform workers from traditional employment benefits, it also gives them the flexibility that comes from not being contractually bound, such as not having fixed hours or fixed employers. They are, essentially, free to work for whomever they choose.

Still, although the narratives behind one’s decision to enter platform work are unique, they are all tied by a common thread—to provide for one’s needs. When placed in the hands of service providers like Grab or Foodpanda, these needs, juxtaposed against technological algorithms, are often optimised for end-customer satisfaction rather than worker satisfaction.

It goes without saying then that sans proper and formal regulation, such platforms can end up becoming puppet masters, with the unfettered power to control the moves of thousands of workers, with little of the associated responsibility to provide fully and adequately for them.

The Budget could have protected them

One concern raised by platforms like Grab is that consumers may have to bear the increased costs of protecting workers through schemes such as the Central Provident Fund (CPF) contributions.

Early on in its independence, the Singapore government recognised that not everyone would have the foresight to put aside 20% a month for needs realised 20 years away. Full-time workers didn’t have to actively make that decision, with contributions automatically siphoned to their CPF accounts to grow. In exchange, they saw their retirements provided for. This also allowed for risk pooling of one’s health treatments, for instance, through schemes like Medisave.

Not so for platform workers. An IPS study reported this year, drawing from the responses of 958 platform workers, found that 50 per cent of drivers were not making any voluntary CPF contributions.

It’s a worrying trend. Platform workers are tasked to provide for their present needs while actively contributing to future protections. Responsibility is thus shifted from the organisation and the government to the worker entirely.

In a CNA interview, Grab Singapore’s Managing Director Yee Wee Tang shared that such gig workers were looking for flexibility and not formal work. He argued that ‘making them more like employees may erode the fundamental value of gig work.’

Therein lies the continual tension in the gig economy. Gig work provides the short-term benefits of daily pay against the longer-term need of providing for one’s future housing and retirement needs. In the current iteration, platforms behave both as a conventional employer and a direct purchaser, agreeing to pay for current services rendered while conveniently ignoring reasonable safeguards for workers’ futures.

Still, even if gig workers value flexibility over formal work, there can and should be legal protections for the future needs of workers.

Implicit in the traditional employment model lay protections for future security—pensions, career development—in exchange for present labours. Yet, today, the worker-platform relationship has evolved into one where the worker trades his time for money but with no long-term benefits.

It’s a lopsided balance of power. Platform companies depend solely on the labour of gig workers, but gig workers cannot expect reciprocal protection for their futures from platforms. Resolving this tension calls for recognising that government, workers, and platforms have shared duties towards securing their future.

Where can we go from here?

Provision-wise, the Budget could provide and mediate the sharing of earning power on the platform.

Existing payments, such as Workfare, are commonly tied to one’s Medisave contributions. Linking special cash payouts to voluntary monthly contributions goes a long way in ensuring that platform workers are duly incentivised for actively and intentionally putting away money for their future needs.

For instance, if a worker earns S$100 a day, S$20 could be earmarked for automatic contribution into one’s CPF account. On top of that, the government could then introduce a cash payment, similar to the Workfare Income Supplement, to further uplift the wages of platform workers.

Secondly, Christopher Gee, Senior Research Fellow at IPS, suggests ‘self-organised cooperatives at the micro level’. Groups of gig workers can pool their resources to hire administrative support like accounting. These ‘micro-cooperatives’ can be anchored by a central platform like NTUC, which can do the work of representation, protection, and risk-pooling.

Lastly, progressing our gig workers means carving compensated time out for them to upskill. Mr Gee notes that good programmes, like SkillsFuture, are readily available, but working 12-14 hour days means gig workers may be tired, time-poor, and time-trapped to attend these useful courses. If they do not work, they are not paid.

This is where the SSG grant for absentee payroll funding for employers can be extended to platform workers. It’s a win-win. Workers’ basic needs are met as they undertake training which, if taken seriously, can helpfully build “ladders out of precarious employment”.

﻿Even as more people flock to gig work as delivery riders, their incomes remain low. MOM reports that the median income of platform workers in 2019 was comparable to the bottom 20% of income earners in 2019, at between S$1,500 to S$2,500 per month.

Still, as we transit from epidemic to endemic, it bears remembering that this transition was built on the backs of platform workers. They kept us safe in the comfort of our homes as COVID-19 raged outside, braving the winds and the rains to bring us our food and other essential items right to our doorstep.

However much they are inconvenient for our traditional welfare instruments like IRAS or CPF to track, trace, and mandate contributions, we cannot forget their future needs, especially after they have served so much of what we desperately needed in the present.

The gig economy—where workers are akin to performers, coming in for a set time to perform an assigned role, rather than being permanent fixtures of an organisation—isn’t a passing fad. It is the future.

Our gig workers have sought to provide, protect and progress their own lives. Few graduated thinking they would ride, rain or shine, delivering food and other essential goods. Yet they have made the best of the situations they are in. They have stepped up.

Perhaps it’s time we, as a nation, stepped up, too 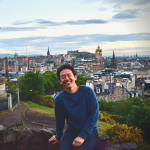 John believes that when organisations focus on the relationships within workplaces, rather than the experience, people flourish into their fullest potential. He trusts in the power of the spoken and written word to spark the flourishing of people in their early careers and writes at liveyoungandwell.com.