KIN is the Most Underrated Show on Toggle Right Now

This might officially remove all shred of my credibility, but Kin is legitimately the best thing Mediacorp’s Channel 5 has released in years.

I’ll be honest, when my mother (?!) asked me to watch Kin, I expected myself to hate this new longform drama. Watching a Mediacorp production is only fun if you enjoy experiencing secondhand embarrassment on behalf of our local celebrities.

As with most Channel 5 productions, predictable plotlines, cheesy screenwriting, artificial fight scenes, and exaggerated sound effects make for cringeworthy TV. Even worse is the affected speaking we’ve come to associate with our English-speaking actors, where they put on racially ambiguous accents that either play up stereotypes or sound so forced you barely understand what they’re saying.

In my defence, I mainly possess these stereotypical views because I never had cable TV growing up. And so, a significant portion of my staple diet included Growing Up, The Pupil, and Under One Roof, amongst a host of Channel 8 dramas.

I caught these shows religiously, investing in the characters and their narratives. But in hindsight, those shows might have seemed great simply because I was so starved of culturally progressive local content. Similarly, perhaps my affection for them has been coloured by the rose-tinted glasses of nostalgia.

Then I got older, started streaming international shows online, and eventually made a complete switch from free-to-air TV to Netflix.

Essentially, Kin is the first time in about a decade that I’m truly beginning to understand the peculiar draw of current Mediacorp dramas.

Stick with me while I try to explain the mind-boggling ties that bind in this show.

The main storyline involves two women who are switched at birth.

One of them is Ella Shelley, the prim and uppity daughter of Jessica Shelley. The Shelleys are a wealthy family, who own a mega corporation, Shelley Holdings. Derek Shelley, the head of the family, lies in a coma, so his company is currently run by his son, James. His three wives (Jessica is his third) and their respective children are on speaking terms.

The other protagonist is Loh Ah Yoke, the daughter of Loh May Wan. Her father, Steven Loh, disappeared 15 years ago. Ah Yoke is brash and street smart, and helps out at her mother’s drinks stall when she’s not a runner for loan sharks. She is basically the direct opposite of Ella.

To make things more complicated, Jessica and May Wan used to be primary school classmates. The two women harbour a lifetime of disdain for each other, despite crossing paths several times over the years.

23 years ago, their daughters were born on the same day and accidentally switched in the hospital (which the Shelleys own).

If you think the overarching melodrama is enough for one show, you clearly don’t know Mediacorp. The subplots in Kin include two more families who refuse to be outdone by the main mystery.

In the Hassan family, the husband Zaryn cheats on his wife with his boss, and gets his boss pregnant. At home, his long-suffering, meek wife Rosnani has been trying (and failing) to get pregnant forever, while working in her mother-in-law’s restaurant.

Rosnani’s mother-in-law, Adina, is evil personified, and does her darnest to undermine Rosnani through frequent barbs and personal attacks, often revolving around being unable to control Zaryn.

Then there’s the Bala family, who have three children. The wife, Deanna, dotes on her husband so excessively that she enables him to continue being a man-child. Kenneth, said man-child husband, is hopeless at household chores, taking care of his own children, or even just functioning as an adult.

The good parts of Kin are great.

For one, I am living for the Suria crossover. The characters who truly carry the show are the Hassans, played by Mastura Ahmad (Adina), Hatta Said (Zaryn), and Ariati Tyeb Papar (Rosnani). It’s not about theatrics with them, but the subtle ways the actors turn their characters into flawed, multi-dimensional human beings we can all relate to.

First, there’s an unspoken pain in Rosnani’s eyes as she tries to deal with her despicable mother-in-law and her husband’s apparent disinterest in having a baby.

Next, Zaryn’s flippant cheater’s facade belies his internal conflict, portrayed through the slightest hesitations in his interactions with both his wife and mistress.

Finally, Adina’s cruel, stinging words might be consistently delivered with biting contempt, but it’s the pure condescension in the looks directed at Rosnani that make her performance so arresting.

Another notable character is Loh Ah Yoke, one of the daughters who was switched at birth, and played by Rachel Wan. Knowing Mediacorp’s tendency to develop half-assed characters, I expected the Night Owl Cinematics actress to go overboard with her personification of an ah lian, before reducing herself to a bland caricature.

So I’m surprised that her onscreen presence isn’t just enjoyable to watch, she also applies the right amount of restraint to a role that would be easy to over-play.

Not to worry, there are still a few painfully awkward scenes typical of Channel 5 dramas, such as when Ella Shelley tries desperately to force a connection with Dr Shen Yang, who attends to her after an accident. Not only does she get his number, she also decides to volunteer at the hospital to get closer to him. By the way, this is also the hospital where she was switched at birth.

In one episode, Dr Shen swoops in to protect his staff nurse from a patient’s physical attacks, causing Ella to develop a bigger crush on him. All this happens to dramatic background music.

This stuff is enough to permanently lodge my eyeballs at the back of my head.

Still, I reiterate: you may start watching Kin ironically, but eventually you will realise it’s not one of those shows that is so bad that it’s good.

It is strangely, genuinely good.

For the most part, Kin is so earnest that it borders on being campy—and I hope it stays this way.

Camp is not bad taste. It is, at least according to Susan Sontag, “a good taste of bad taste”. Ironically, constantly seeking highbrow and serious pleasures deprives oneself of true pleasure; a genuine enjoyment, instead of judgement, for what’s traditionally considered ‘bad taste’ can be liberating.

As such, Sontag argues that campy content is often treated as a “daring and witty hedonism”, a valuable cultural rebellion of sorts to more acceptable, refined, and sophisticated tastes. When most of our culture dictates that it’s cool to play it cool, camp celebrates the person who passionately fails at being seriously dramatic or dramatically serious.

In this case, camp would appreciate that the eccentricities in Kin, plotline and characters alike, are sometimes stilted and simplistic, even as they are meant to inject serious realism and relatability into the show. Yet, no matter the ‘failures’, it’s obvious the intentions are sincere.

Kin’s keen portrayal of ordinary struggles inspires an inevitable feeling of tenderness towards the show and its characters, keeping me clicking through, one episode after another. Until I had to refresh the page because I couldn’t find the button for the next video.

No matter how endearing the storyline or how engaging the cast, Kin’s potential is hindered by the backward, disastrous platform it’s hosted on.

It continues to baffle me why Mediacorp doesn’t, for the sake of all things local and their dwindling viewership, put their shows on Netflix. Or at least spend a tiny fraction of their multi-million dollar profit to upgrade Toggle’s UX so it resembles something built in the 21st century.

Last night, for instance, it took me 10,000 years just to locate the catch-up TV button, and another lifetime for the video to load. In that time, I fell asleep.

The next thing I knew, I had to dress for work, frustrated that I was unable to find out whether Deanna breaks the news about her brain cancer to her husband, and if she informs him of her absurd plan for him to marry her best friend once she’s dead.

Go ahead and judge me, I don’t care: community@ricemedia.co. 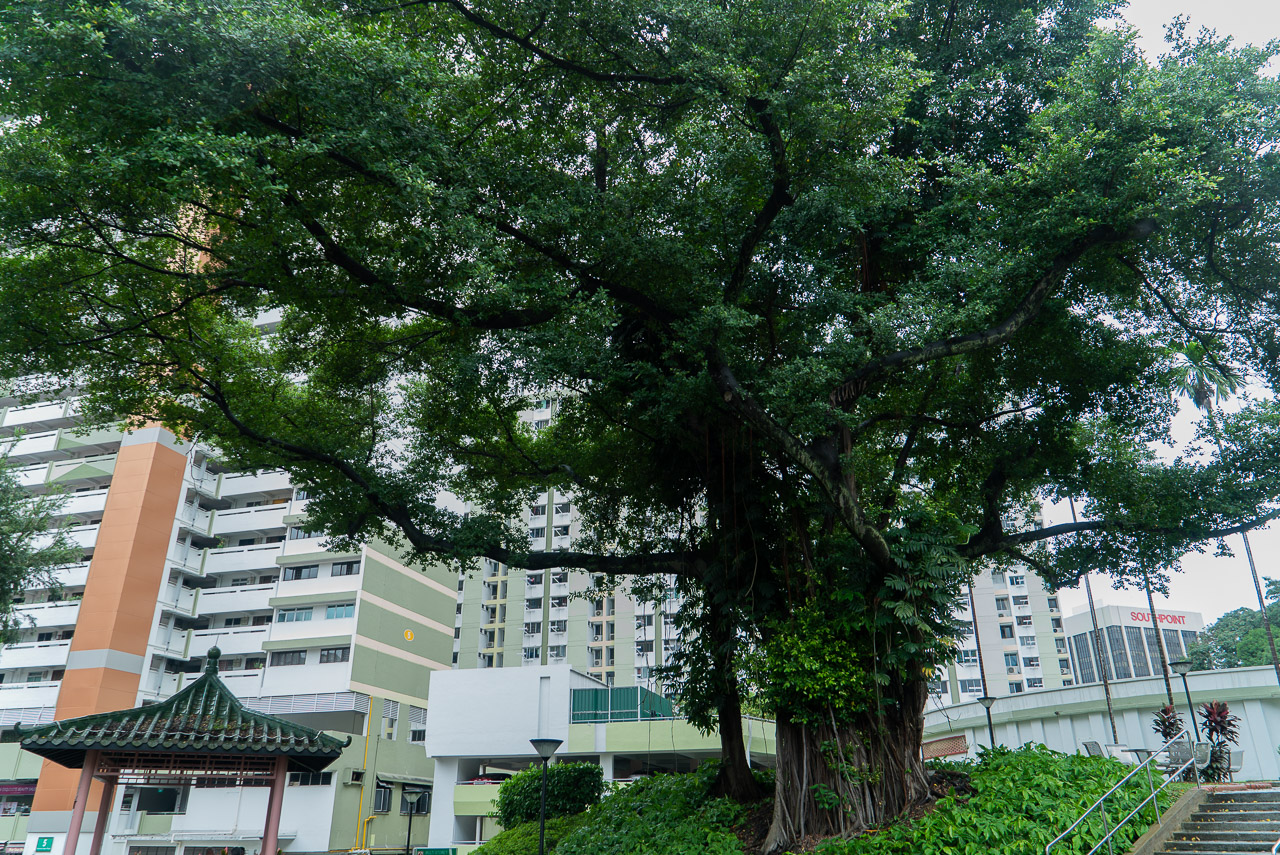 A History of Singapore in 7 Trees. Yes, Trees.