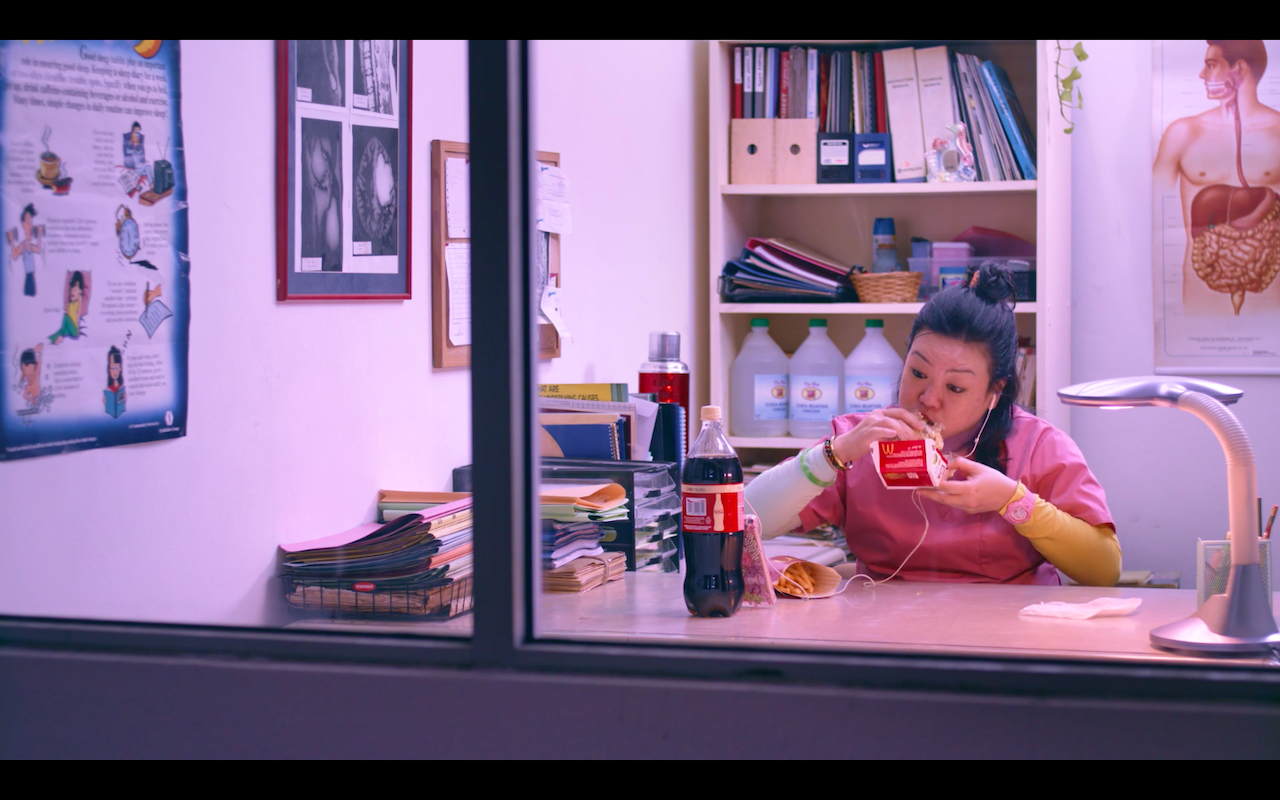 All images from ‘Permanent Resident’, ‘Ying & Summer’, ‘She is My Best Friend’, and ‘Vinegar Baths’.

I was a Mother’s Day gift, more or less.

I had been conveyed from my mother through a lower belly incision, shortly after the second Sunday of May. A brief powder-blue towel scare later, my sex was doubly guaranteed (once by the nurse, once by my father), and the family welcomed a baby girl into their midst. I know nothing of what transpired hereafter, other than that my second brother’s first display of affection was to request for my teensy-weensy, bunched up fists to be forever gloved.

Here’s food for thought: every Mother’s Day, who is happiest when the gifts and words flow forth unbidden? Is it the recipient, elated at the seasonal sentiments that accompany these grand gestures, or is it the giver, who at last alleviates the guilt accrued from burdening their maternal figure 364 days a year, every year?

I may have been a Mother’s Day gift, but it’s hard to believe I was a gift to my mother. Shortly after I was born, my mother found the burden of caring for three children by herself too debilitating. She couldn’t believe she had to commit to this singularly for the rest of her life. She was a friendless grown woman (having left school and arrived at the altar a little earlier than we’re now used to), an excommunicated daughter-in-law, a misunderstood daughter, and a neglected wife.

At first she threatened suicide. Then when she discovered she could not leave in body, she decidedly left in spirit—and stopped caring for the family before my 10th birthday.

Ever since, we have been like two ships lost at sea.

I suspect, much like Madam Teo of Nicole Midori Woodford’s Permanent Resident, that all my mother had desired was a better, more materially comfortable future. She just hadn’t any clue how to procure that for herself other than through the well-trodden path of marrying up and establishing a family, per social norms.

Madam Teo’s pursuit of a tantalising life unknown is captured in a much more compendious arc. The short opens with her at a property viewing of a condominium unit—a fairly typical middle-class Singaporean endeavour. But two things in particular stand out: Madam Teo’s non-response to the agent’s question about her nationality, and her own shifty-eyed mousiness as she ambles through the apartment.

There is a strong reckoning of the Singaporean Dream in Permanent Resident. We may have retired the 5Cs expression but it remains at the fore of everyone’s material aspirations, tightly interwoven with our personal and national identities. There are no permanent residents, only people who have permanently carved up a piece of this earth for themselves. Because Madam Teo knows this, no matter what her implied status in society is, she’s always desiring to overstep the confines of her present circumstances.

The problem arises when what she wants for her and her family is not what they want for themselves. Whilst they are easily regaled with folklore and stories, Madam Teo hungers for a future that draws her wholly into its embrace. She is achingly alone in her desires. And she cannot tell if she’s swimming, drowning, or simply doing what she can to stay afloat.

I saw my mother’s buckling as an inherent feminine weakness. Hence, my resolve to avoid her mistakes took the form of steering myself away from everything she ever longed for. I never learnt (till much later in life) two essential skills: how to strike up female friendships, and how to mitigate the crushing weight of loneliness.

It is with such a lens that I look upon pieces like Gladys Ng’s Ying & Summer and Jirassaya Wongsutin’s She is My Best Friend. Each a vignette of female friendship, their simple stories at once beckon me and yet underscore how my formative years were stunningly bereft of female companionship.

Ying & Summer captures, with great attention to texture and tone, the beginnings of a blossoming friendship. Ying is new to the country, occasionally pining, and not a very proficient speaker of English. She slips into spaces that ought to feel familiar but unfortunately cannot acquire the sense of community she so desperately yearns for. Instead, she bears witness to tales of abandonment and dares not hope for better—until the peppy, violet-haired Summer swishes into her life.

The short film is bathed in lots of lighthearted sprightliness even as it addresses undercurrents of unfulfilled desire. It lends the narrative that glow of winsome innocence in the face of the unknown. You, an audience member, want to root for the unlikeliness of two worlds coming together. But you already know it will happen, because whimsicality is an inviolable buoy over treacherous waters.

To be sure, Ying & Summer goes out on a feel-good note. Friendships sour over time for so many different reasons but we glimpse nothing of that. Ying’s loneliness is short-lived and the future twinkles with hope.

The same, however, cannot be said for She is My Best Friend.

Two girls, Meen and June, best friends par excellence. Dripping with the kind of tropical languor that makes white foreigners so besotted with Thailand, the short begins with two schoolgirl-neighbours scuttling home and threading their way through cramped living quarters with youthful vigour. The energy is infectious; soon, we find ourselves being charmed by the conviviality that the inseparable duo exude.

That they assiduously renew their time with each other—seeking each other out in narrow, unaccommodating spaces—attests to the necessity of their friendship. They have only each other to rely on, Meen more so than June. At the end of the day, when Meen is reminded of the bleak prospects of their future, the film drops its pretence: even the most immovable, most spirited of friendships can find itself toppling over as soon as one of its pillars is removed.

We often think of female solidarity as steadfast, a bulwark against the greater patriarchal forces that be. Perhaps it might be more accurate to say that the essence of femaleness is wretched loneliness, and we should be so lucky if, in our unending lifetimes, we may briefly find another with whom to exchange knowing glances of the ghosts that haunt us at night.

Maybe Amanda Nell Eu’s Vinegar Baths would like to object to this motion. An unnamed nurse roams pink-hued hospital hallways all day and all night, robust in her mastication, spunky in her comportment, and never once a stroke of squalor crossing her face. Womanhood is, for her, cloaked in a certain kind of aplomb you don’t witness in any of the other shorts. Whether she does this in spite of being alone, or precisely because she gets to be by herself, we cannot tell.

As the maxim goes: alone but not lonely. The nurse’s solitude is entirely liberating. Unlike in Permanent Resident, submersion is not an act of grief but just another exercise in, well, self-care. Her friendlessness is empowering because it gestures to the absolute, unconditional freedom to ensnare anything her heart desires. Hence, the difference between our nurse and most women we know, is that she pays no heed to social expectations and flagrantly pursues what she wants.

Her namelessness is not so much an inadequacy as it is an emancipation of feminine identity. We may not possess the nurse’s uncanny ability to detach herself from reality, but sitting in the cinema, wildly engrossed in her tale, we find ourselves suddenly transported into a universe where her brazenness is not only possible, it is also the better way to live a woman’s life. A night in her life is a day beyond most women’s wildest dreams—and yet, here stands before us a woman unabashedly preening herself purely for her own pleasure. Her confidence is defiant, invigorating, and uplifting.
Like so many women before her and certainly after, my mother had nothing good to mould her life from. She did as she was told but was handed none of the promised rewards. When she tried, she was admonished for not doing better; when she pulled the plug on trying, she ironically ended up getting plunged further into isolation, walled off from everyone in her life—including her own daughter.

Perhaps, if my mother had had the privilege of drawing a lesson from Vinegar Baths, she would have learnt that while being left to fend for herself is invariably at the heart of womanhood, being lonely is entirely a choice.

Part of the Singapore International Film Festival, New Waves shines a spotlight on filmmakers who are making an impact through their storytelling, with a focus on building a film community within Southeast Asia.

This year, it takes places over 12th and 13th July. Register for Programme 2, Through Her Eyes, here. 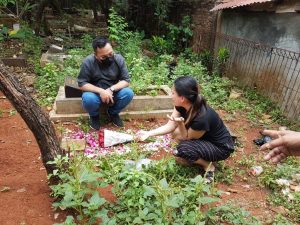 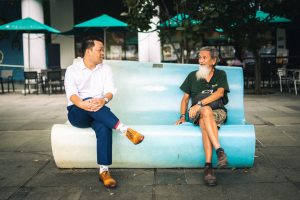