In Singapore, You’re Not An Adult Until You Learn How to Drive

She had the sweetest ass I had ever seen.

The kind that made you hit the pause button on life for a few seconds, just to admire it as she passed you by. Voluptuous, shapely, thicc – a plethora of adjectives struggled so desperately to do her posterior justice.

She was beautiful on the inside too. Soft yet powerful, reserved yet wildly passionate. I never really understood what it must’ve been like beneath the surface, but it hardly mattered. What was important was how she made me feel. To me, she was absolutely perfect.

The funny thing though?

All sweeping curves and chiseled edges considered, I am, in fact, talking about my family car.

For most Singaporeans, finally learning to drive is not an especially remarkable feat.

So you can joyride with your mates at ungodly hours. Or congratulations, you can now kill yourself in a hundred new and exciting ways. Big deal, right?

For me, access to the family car wasn’t just a typical teenage rite of passage. Instead, a whole new world of possibility opened up, seeing my relationship with the family car evolve in ways I never even knew possible. Because unlike many other Singaporeans, my love affair began many, many years ago when I was a wee lad no older than ten.

I had just returned home from school one evening, and as soon as I entered my room, my mother informed me that she had bought our first family car.

It was a maroon Nissan Sunny Ex-Saloon that she bought with her hard-earned money. Naturally, my sister and I were ordered to treat it with the utmost care. “We need to treasure it and make it last for as long as we can,” my mother would often say, as she brushed non-existent dust off the dashboard.

But where my mom saw an expensive machine designed to make life more convenient, ten-year-old me saw something completely different.

An unhealthy obsession with Transformers coupled with an overactive imagination meant that in its headlights, I saw eyes; in the curve of the front bumper, a silly smile. I treated the family car as if it were human, although it only came to life when my mom turned the ignition key.

After my very first trip in that Nissan, I realised that destinations didn’t matter quite as much anymore. Sure, we arrived at wherever we were going quicker but what really brought this little kid joy was getting there in that private cocoon of aluminium and steel. It was life-changing and I immediately knew that I had found my favourite place on earth.

What I didn’t know however, was what all the knobs and dials did. My safety-conscious mother had always been adamant we never touched any of the controls but that only heightened the mystery surrounding my mechanical love.

Someday, I always thought to myself. Someday I’d be able to pilot the object of my affection.

Sitting there amongst others who also waiting for their first driving lesson, I was confident that the years spent studying my mom’s driving meant that lessons were merely a formality.

But I was wrong. A manual gearbox meant that stalling became my new best friend. It was frustrating, and there were even times when I wondered if the torturous, self-esteem crushing sessions were worth it.

Funnily enough, seeing that maroon Nissan every night when I came home did for me what the driving centre could not.

Instead of being a reminder of yet another tragic driving lesson, the old girl’s goofy smile was a source of comfort. Always, she seemed be patiently waiting for me to take her out.

Before long, everything clicked into place. Gear changes became as smooth as sliding the bolt carrier group back on a well-oiled SAR21 rifle, complete with the mechanical “clunk”. I could start the car on an incline and not roll backwards. Hell, I could even parallel park like a goddamn pro.

The government also soon agreed that I was destined for Formula 1 and handed me the license to legally terrorise other motorists. I had done it. I was “free”.

Upon obtaining my license, I crossed the first barrier to adulting – as it was defined by many of my friends – and I finally saw what the fuss was all about. “Hurry go learn how to drive!” they would tell me, while I wondered if they too shared the same affinity for their family car.

They didn’t, but I soon learnt that being able to drive had much less to do with a love for cars, and more to do with the freedom that came with having a driver’s license.

Driving at that age meant that you no longer had to put a clock on meetings with friends. As long as there was someone with a car in your clique, no one had to make the sweaty, unglamorous dash for their last bus. The family car enabled us to chat to our heart’s content over suppers of Bak Chor Mee or Prata without having to constantly worry about how late it was or how we were going to get home. All of a sudden, time became a luxury we could afford.

It worked the other way as well.

During social gatherings in which attendance was mandatory and alcohol poisoning was practically encouraged, the family car proved to be the best way to extricate myself without being too much of a buzzkill.

“Drink!” they would yell into my ear. “Driving,” came my inevitable reply. And while this would’ve normally been enough of a reason to stop urging me to neck drinks, my friends were of a different breed.

Unsatisfied with my response, they would tease that I simply hadn’t learnt how to drive while under the influence. This was of course met with my comeback that they hadn’t met my mother.

Because if my mom so much as smelt the faintest whiff of alcohol in the car, it was game over. Driving privileges would’ve been revoked, and I just couldn’t go back to running for the last bus again.

There was too much as stake, since it wasn’t just my social life that I stood to lose.

After all, every dude knows that arriving to a date in a car is always a bonus. Between picking her up at her home and sending her back in comfort, I always got to feel older and like a proper gentleman.

This sounds superficial, I know, and there’s probably something here about gender norms I could spend all day unpacking. But this was life back then, and the body wants what the body wants.

Unfortunately, being a fairly tall guy with zero flexibility whatsoever, I couldn’t contort myself into your typical love-making positions without banging my (wrong) head on something or pulling a muscle. But it didn’t matter that much. The cramped space resulted in tighter cuddles and warmer hugs. A tiny, mobile world just for two.

In all the years’ worth of lessons the family car taught me, the one that stands out the most isn’t what to do when a policeman shines his flashlight on your lady friend and you mid tongue wrestle. Or how to tailgate while still maintaining enough space to avoid a crash.

Instead, it’s the lesson about responsibility.

Every twenty-something who can drive eventually discovers the sense of entitlement to the family car that comes after passing your driving test. We also learn at some point that this is bullshit.

It was never entitlement, but privilege. We had in no way contributed to its purchase, but were merely graciously entrusted with that expensive piece of engineering.

Sometimes, that trust was hard-won. Indeed, many of my friends have stories to tell on how they’d have to pass their parents’ own driving test before even dreaming of taking to the open road unsupervised. Through the near-misses and the blaring of horns, we learnt the value of safety; only realising after that friends actually entrusted us with their lives whenever they got into our car.

We couldn’t fake responsibility. We had to prove it.

It wasn’t just our parents we had to get past either. Siblings who wanted to use the family car taught us the art of negotiation. We cut deals and compromised to suit each other’s needs. Years after we stopped watching Sesame Street, we learnt the caring is sharing all over again.

And every time we somehow managed to get behind the wheel, there was also a very real sense of independence to be felt in a country where moving into your own BTO flat was the only true marker of adulting.

Of all the 5Cs that Singaporeans supposedly chase then, I daresay that the family car is the only one that’s timeless and has remained the most aspirational. Far more than simply a means of transportation, the family car is the imaginative kids’ playpen of choice. It’s the four-wheeled love-shack of amorous Singaporean twenty-somethings who live with their parents.

More significantly, it’s both a passport and driver towards any shred of freedom we could find in this tiny, fast-paced country.

So thank you, maroon Nissan Sunny Ex-Saloon, for the memories, and also for teaching me that the journey is always far more important than the destination.

Objects of Affection is a column centred around the things and spaces that serve as hallmarks of our relationships, from the personal to the professional, and everything in between.
Had some fun in the family car as well? Tell us all about it at community@ricemedia.co. 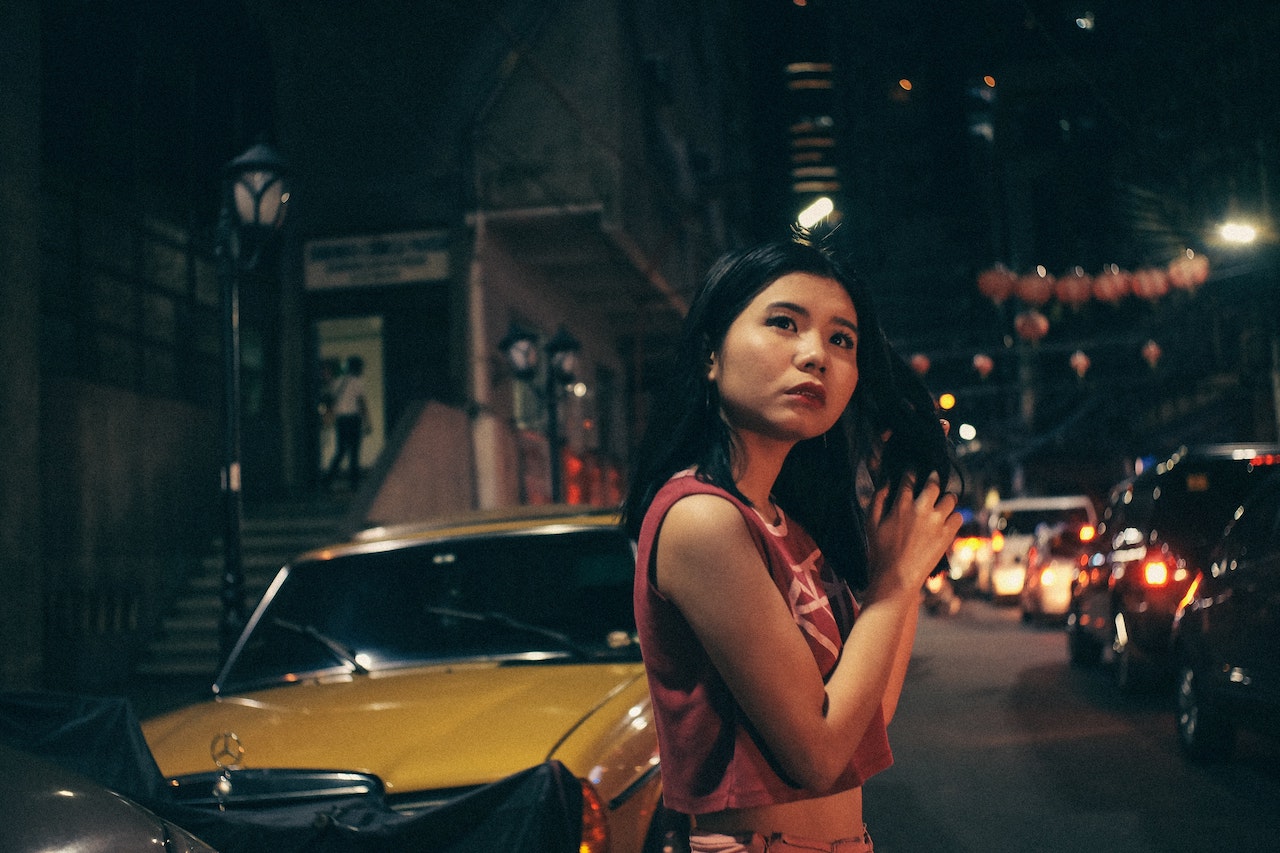 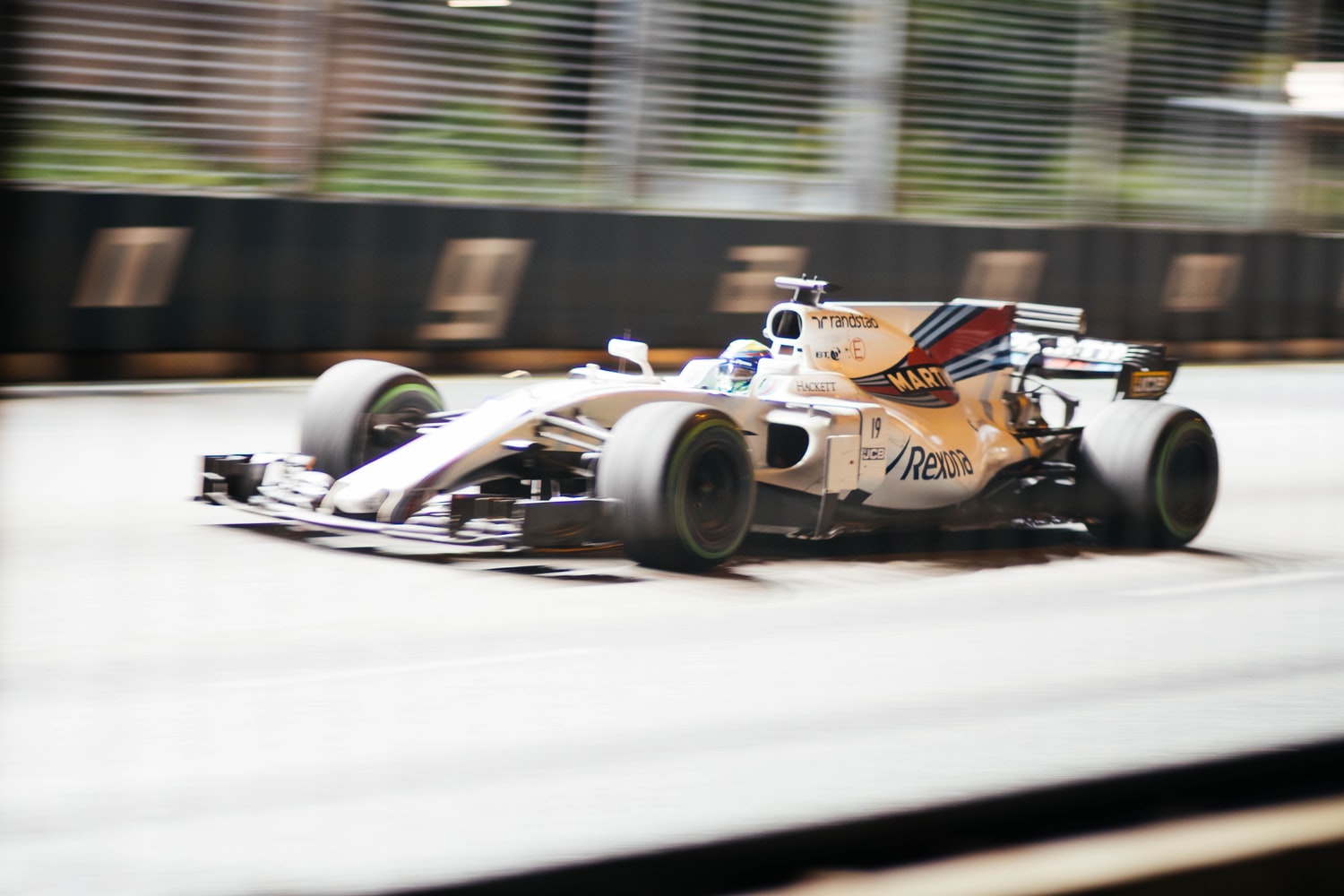 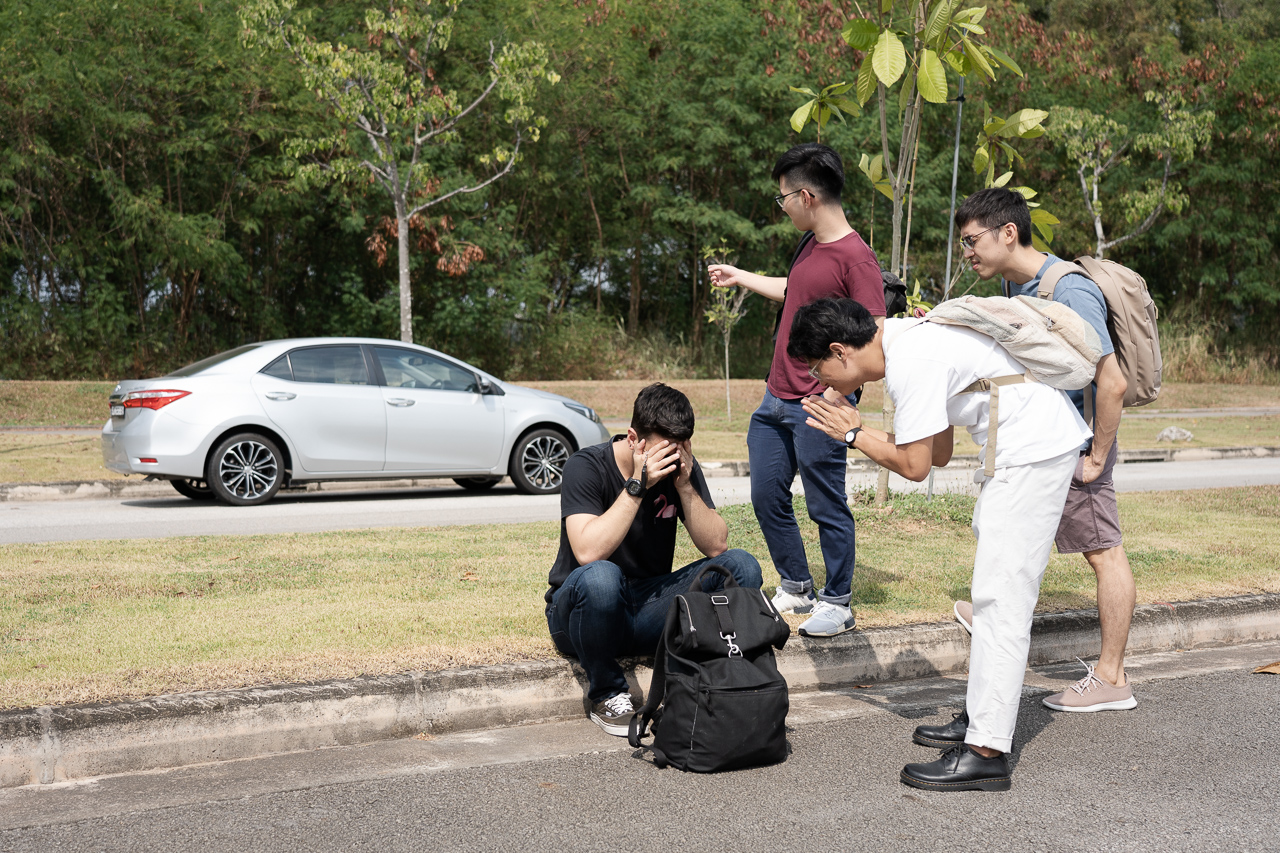 Diary of A Designated Driver 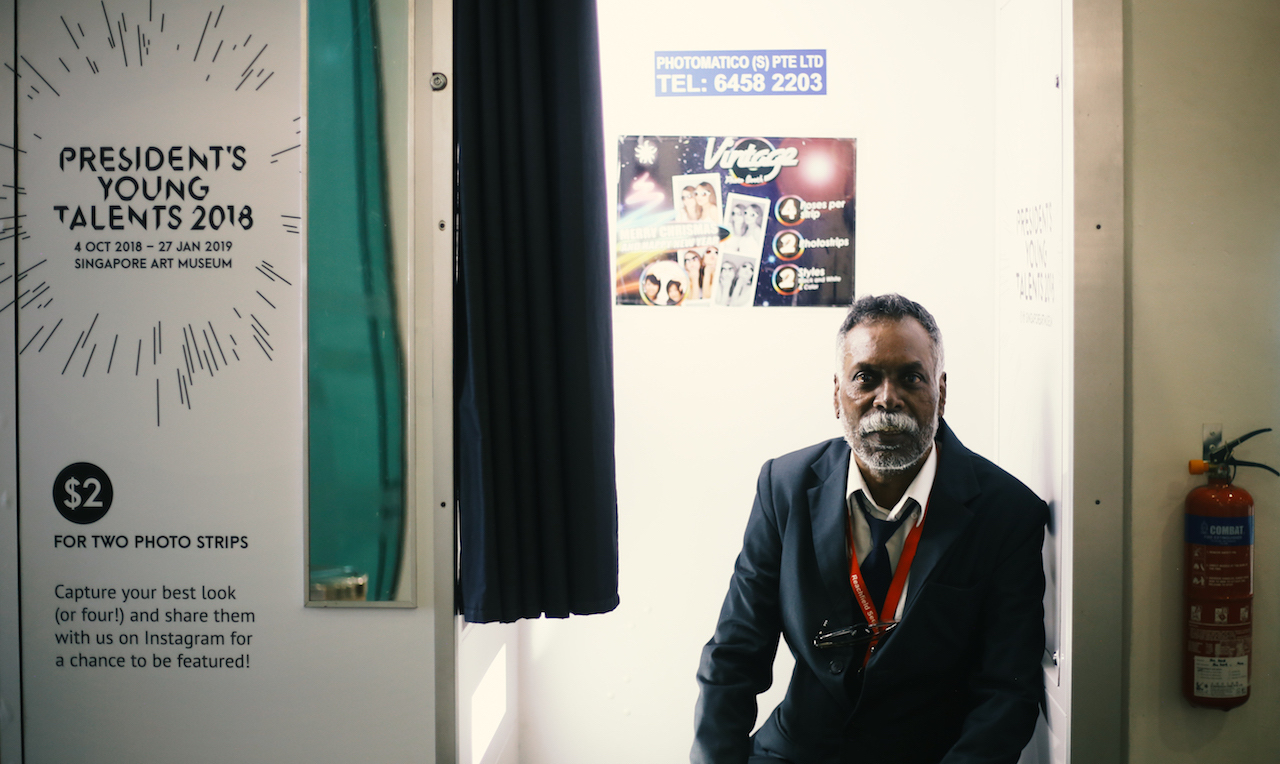 What Does Art Look Like to The People Who Stare At It Everyday?