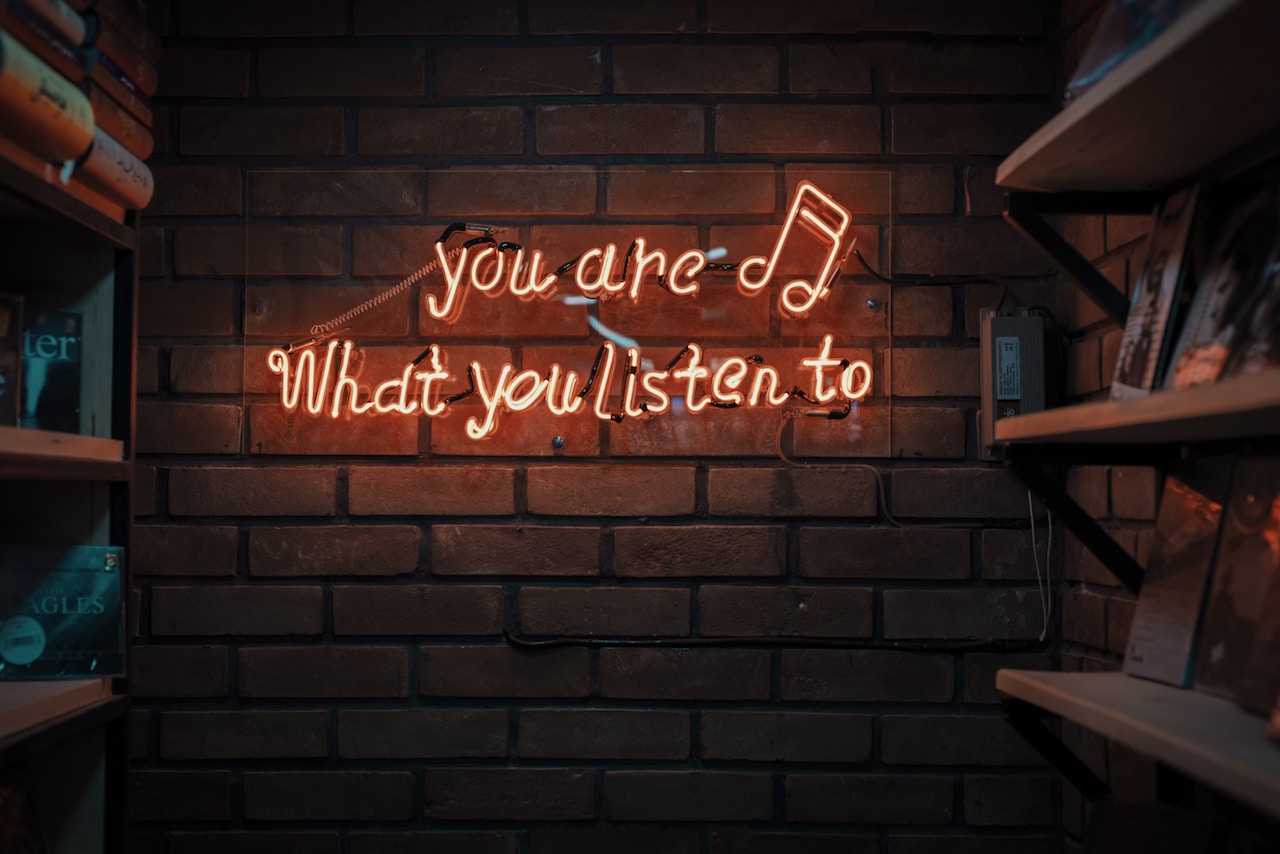 I am three days away from the end of 2019—and the end of my twenties.

Unfortunately, I am completely aware how likening my twenties to EDM makes me appear: hopelessly superficial. But I have my reasons: my twenties have revolved around discovering my self-identity, which sometimes resulted in being several completely different persons within the span of a single year.

Similarly, one slice of an EDM track might sound vastly different from another in isolation that you’d never think they belong in the same track. Yet they’re somehow able to fit together to create an entirely new product.

Many people associate the genre with clubbing and rave culture, which is often rooted in casual sex and drug use, creating a hedonistic mainstream culture around EDM.

Articles that attempt to salvage EDM’s reputation highlight the philosophy that underscores rave culture—Peace, Love, Unity, and Respect (PLUR)—but end up inadvertently deepening the negative connotations around the oft-maligned genre. For better or worse, PLUR conjures up images of the recreational drug-fueled hippie movement in the ‘60s.

In the modern context, clubbing and rave culture is the IRL equivalent of Tinder; the scene is not exactly known for forging long-term connections between individuals. If Taylor Swift is the anthem of OLs and XMMs, then EDM is the soundtrack to hookup culture.

Among EDM lovers, it’s also common to possess a hint of snobbery and intolerance towards ‘mainstream’ EDM, hoping to distance themselves from its cheap connotations. While possibly unintentional, it’s understandable.

A friend, who doesn’t club nor rave, is not the biggest fan of those who only like EDM because of the rave culture, but considers “general electronic music” her favourite genre, such as “the type you’d find in German or Northern European clubs”. She also enjoys French and Australian electronica, which are “a little more groovy or, like, fun and tropical”.

Naturally, she has a keener sense of appreciation for EDM sans rave culture than I do. (She listened to more than 50,000 minutes of EDM this year according to Spotify Wrapped.)

“People think EDM is Ultra Music Festival or Coachella type of music. Or they only know the mainstream DJs and lump them all together. That’s bloody nonsense. In no universe would I consider Martin Garrix, Skrillex, and Calvin Harris to be even 30% similar, even though these people are usually headliners of many EDM events,” she says.

“It’s a diverse bunch of genres that have large followings, like trap music, big room pop, and tropical pop. Unfortunately, they all get grouped together under ‘EDM’.”

Haters will say there’s no smoke without fire, but EDM’s mere association to a superficial lifestyle colours everything within its reach. As a result of these negative stereotypes about the people who love EDM, I don’t go into detail about what the genre means to me whenever I tell people that I occasionally listen to (and really like) EDM.

There is a sign outside the bar opposite RICE HQ that I see every day: “You are what you listen to.”

If that is true, then I am occasionally a young punk speeding down the footpath on his PMD like it’s his grandfather’s road. Alternatively, I am a raver who breaks free from a life of corporate inhibition by decking myself in skimpy festival attire and partying at former annual year-end rave, Zoukout.

Yet last I checked, I am neither.

For the most part, my penchant for singer-songwriter types who mostly write deep and melancholic songs about love and longing implies that I appreciate meaningful conversations, seek intellectual and emotional depth, and take all my relationships very seriously. These music choices suggest that I prefer reading to raving, and cafe-hopping to clubbing. I am not the “party sort”, because I am “sensible”.

But many people don’t know that among my main playlist comprising 540-odd indie/pop tunes, there are at least five EDM tracks slipped in, like Crazy Frog by Axel F (which I’ve been obsessed with for 14 years) and Knife by KIIDA (discovered via a fitness influencer’s workout video).

These tracks are usually bops that I chance upon randomly and can’t get out of my head for weeks. They are also my musical Easter eggs: putting my extensive playlist on shuffle mode and landing on one of the EDM tracks can instantly lift a bad mood.

Everything about EDM, however, seems to lie at the opposite end of the spectrum from whoever people expect me to be.

In fact, my relationship with EDM frequently draws flak, precisely because of the stark juxtaposition that the idea of who I am seems diametrically opposed to certain aspects of my reality, like my music tastes in this case. My casual fondness for EDM suddenly means I am not as intellectual or cultured as I once appeared, but instead basic, trashy, and painfully shallow.

I’m not embarrassed by my music tastes. But every time someone discovers my supposedly unexpected liking for EDM then try to mask their confusion, as though they’d pegged me for a different ‘type of person’, I also deal with the unspoken statement: you are not who I thought you were.

The pointed, albeit silent, judgement I receive when people find out I enjoy EDM might be close-minded, but it’s also unsurprising.

After all, the sentiment that I would be the exact opposite of someone who likes EDM is a prison I had a hand in building.

Every explosive fight that my parents had made me retreat further into the second self I’d created. I was the model child who shelved her confusion and fear, and expressed obedience, sensibility, and maturity in spades to placate her parents.

Eventually, this persona became so flawless that I fooled my peers too. At the end of primary school, my autograph book was filled with doodles from classmates who associated each letter of my name with one of my personality traits. The ‘R’ in my name always stood for ‘responsible’.

But the more successful I was at keeping up the illusion of the girl who had her life in order, the smaller and more invisible I became.

For the longest time, I only felt seen when I was listening to EDM.

Unlike many of my peers who got into EDM when they hit legal partying age, I wasn’t even out of primary school when I developed a liking for the genre.

Walking by a Dance Dance Revolution machine in an arcade, and then passing by an Uncle Ringo funfair near my home several nights later, the ebb and flow of pure energy from the EDM track blasting on the rickety sound system made me come alive. Its steady build-up and eventual drop were unlike anything I’d heard at nine years old—and I was immediately hooked.

Whether I was imitating the steps on the DDR machine or squelching through a muddy field to ride the rollercoaster, the uninhibited EDM beats made me feel just as carefree, like the kid I never got to be.

Inspired by my background in dance, I began to explore the world of EDM, starting with ripping songs from VidtoMP3 whenever I got home from school. No amount of poor audio quality could conceal the gradual escalation of textured beats in a typical soundscape of an EDM track, building to a final apex, then leading to a sweet release all at once.

Over the years, I followed several EDM playlists on 8tracks and Spotify, each one more ‘ratchet’ than the next. For similar reasons that others love EDM, the manipulated music provided me an avenue for escapism from behind the perfect facade that people thought I embodied.

In the middle of the dance floor in a club, or in the comfort of my room with Avicii on loop, I was allowed to be messy and imperfect. I was shallow and trashy and basic, while being profound and smart and sophisticated, without fear that either side of myself would be judged or shunned.

All my multitudes could co-exist in the same consciousness, and none of them invalidated another.

My twenties might not have been spent raving or getting wasted at music festivals, but EDM privately hallmarked my inner life.

Even though there are so many things I wish I hadn’t done, much like the individual beats in an EDM track, these singular experiences became necessary life lessons that shaped me into the deeply imperfect and flawed human I am. And the older I get, the less I have any desire to hide this in favour of an alter ego who’s got her shit together, like everyone expects.

For a month, I listened to EDM on repeat in order to write this story. This time, however, it didn’t quell the urge to escape.

This time, the desire to ditch the semi-charmed life I had built grew stronger with every elevation to the climax. I was overcome with an immense desire to burn it all to the ground, and leap into uncertainty, in order to grow in ways I wouldn’t have otherwise been able to within my comfort zone. I wanted to rediscover who I could be, free from the confines of who people expected me to be.

Whenever I had the same inkling in the past, I would turn off the music, shake off my feelings, and retreat beneath the facade of high-achieving, all-rounder, star-performing daughter/friend/employee who had a sensible head on her shoulders. There was too much at stake, and I was too afraid.

Now, on the cusp of turning 30, I wanted to light the match, wait for the drop, then build up to the climax again one beat at a time.

What’s your soundtrack? Tell us: community@ricemedia.co.
More In Entertainment
Share to
Related Articles 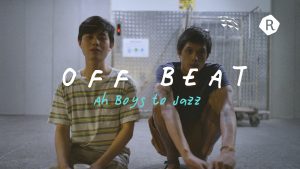 Despite garnering the strong support of over 10,000 followers on his account, John continues to see the ugly side of the Internet: haters. He tells us what he thinks it takes to block the hate out, and seek true fame. 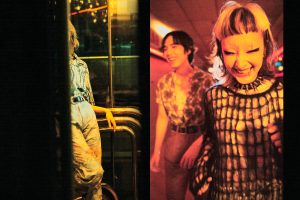 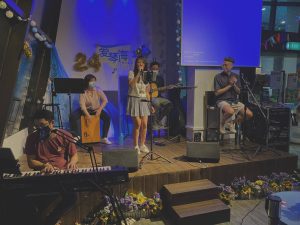 Is it sayonara to this chapter in the music scene or is there hope for revival in the future?