Nickelback is the Band the World Loves to Hate. But is This True For Singaporeans?

I get straight to the point with Mike Kroeger, a man I’ve never met, when I have him on the phone: “So, people really hate Nickelback.”

The bassist of Nickelback guffaws, seemingly amused that I don’t bother to beat around the bush with prosaic questions about his band’s musical journey, before diving into the all-important one towards the end of the interview. After all, he’s been with the Canadian rock band since its formation in 1995, so predictable interviews are part and parcel of his ‘job scope’.

Mike is in Tokyo with the rest of Nickelback when we speak. Apparently, or so I’m told, he makes it a point to speak to reporters from countries that the band has never been just before they arrive.

In three days, on 20th February, one of the most commercially successful rock bands will take the stage in Singapore for the first time. But reactions from Singaporeans have been mixed, at least on the Facebook event about their upcoming concert.

For instance, the event received several ‘Haha’ reactions. A few people also tagged their friends: “Do you want to go? But, like, ironically?”

Evidently, the universal ‘hate’ for Nickelback has taken on a life of its own, with the band becoming a sort of timeless meme. It’s an unfortunate albeit unique consequence, ensuring it remains culturally relevant more than two decades since their first release. In a fickle music economy that’s constantly restless to move on to the next big thing, this is no mean feat.

As Mike states, “All musicians can have huge career achievements. But sooner or later, when your career starts to wane, you get less interest, fewer sales, and radio play starts to go away. But this is only natural; the natural laws of the universe, like gravity, apply to music careers as well.”

So I wonder whether Nickelback has ever considered wholeheartedly embracing the unofficial title of World’s Most Hated Band, or allowing this cultural milieu to influence their new music and how they position themselves.

While Mike says it would be a “fool’s errand” to legitimise the ‘title’, even if it were done ironically, he also acknowledges that the hate has helped Nickelback maintain “some level of relevance”. Without the ‘outrage phenomenon’, in his opinion, they would have faded into obscurity a long time ago.

Basically, if not for the fact that people seem to hate Nickelback so much, I wouldn’t be speaking to a band whose songs I’d once relentlessly looped on my iPod in secondary school.

It can be disorienting to grow up and realise the world delights in hating something you quite enjoy, especially when there’s no seemingly valid reason to harbour such deep and smug hostility towards an internationally renowned rock band.

For a start, many online articles suggest the hate for Nickelback isn’t actually directed at the band per se, but what they’ve come to represent: a world where shallow lyrics and formulaic tunes are enough to attain ubiquity and conventional success.

This contempt for Nickelback often mirrors the impervious, collective disdain for mainstream, commercialised music that music snobs tend to harbour.

At this point, I feel compelled to give Mike a heads up about our favourite pastime in Singapore: complaining. As far as I’m aware, there are distinct similarities between our ‘complain culture’—especially in the ways it manifests via keyboard warriors—and the hate that Nickelback receives. Namely, that an entire culture is absurdly comfortable with defining itself through a penchant for baseless, self-perpetuating negativity.

But as an article in The Telegraph once argued, the impassioned hate fuels equally fervent love from the band’s supporters. Whether we love or hate Nickelback, our feelings for the band and what they signify tend to define part of our identity.

Mike himself posits that haters would be “lost” without the singular personality trait that has become their comfort zone and their mode of operation. In this case, it’s the indiscriminate spite towards ‘offensively mediocre’ music like Nickelback’s.

He also believes that the negativity they receive isn’t exactly “hate” per se. Rather, it’s a certain brand of flimsy self-indulgence, which thrives on constant validation for one another’s snide opinions.

“All this is very much an example of how herd mentality needs an echo chamber. It’s basic confirmation bias; people need to have a place where they know they will receive validation when they say something. When they say this thing sucks, they want others to nod and say, yeah, I agree with you,” he reasons.

To prove his point, Mike shares a social experiment he used to carry out for fun, before Nickelback had attained its current level of infamy.

“For example, when Britney Spears was a big deal and people would say nasty things about her, I’d tell them she’s my favourite artiste just to see their reaction. When you do that, her detractors would simply reply, yeah, she’s not so bad. They instantly retreat when they don’t get that confirmation bias. I think it’s funny to realise people can be pretty much cowards.”

After doing this for 24 years, Mike has learnt to be mostly entertained by the extensive hate for his band’s music. Still, he reckons the Nickelback phenomenon reflects a symptom of Western society to create “false demons”, mainly when one doesn’t have many legitimate problems in one’s own life.

“We don’t get a lot of internet vitriol from places like Sudan, for instance, where people are getting shot at or getting blown up. Maybe it’s time for a deeper examination of our perspectives,” he says, half-jokingly.

This begs the question, whether the hate would exist if Nickelback were less well-known and well-liked. Ultimately, much of the hate appears to exist crucially because of the elitist assumption that generic musicality reflects minimum effort, and therefore those who produce songs of that standard don’t deserve global popularity or recognition.

To be fair, few rock bands ever attain Nickelback’s status or continued relevance. No matter their fair share of critics, their success is undeniable.

But fame carries its own burden too.

At the start of your career, Mike explains, no one knows who you are, no one cares, and no one likes you. Then you break through with a song or develop a following through live performances. Although more people flock to see you, you’re still able to maintain a relatively low key presence; the fans you gather during this period would probably die for you.

And then, if you’re lucky like Nickelback is, everyone around the world begins to hear about you. You reach a level of public awareness, where an exponentially increasing number of people know who you are. Which is what you want.

Unfortunately, the thing you don’t account for when you’re gunning for this fame is that just because everyone knows you doesn’t mean they like you.

That, Mike admits, is the most difficult pill to swallow.

He explains, “I can do interviews with you, but public opinion will be shaped by the public in the end. The way people feel about me or us or Hugh Jackman or Ariana Grande is something none of us can particularly control. [Public opinion] is an organism on its own.”

At the same time, Mike believes humans also tend to possess the instinct to “destroy our idols”, which he regards as “very Roman”.

“When you see this person doing well, looking good, and being successful, there’s this Roman side of us that just wants to see them being killed in public, like the fights that used to take place in the Colosseum. Gladiators would fight amongst each other, and the winner would be freed. But then lions and tigers would end up tearing the winner to shreds,” he says.

“So nobody likes a winner. We kill winners.”

Still, Mike has figured out a simple solution to detach from the purportedly inevitable vitriol that will be hurled Nickelback’s way, as long as the band endures. The answer lies in fundamentally realising that the shade or malice is usually inconsequential to haters themselves.

“These people type or say something mean online, then they move on with life. They go about their day, whether it’s to work or school. They don’t think about their remark anymore once it’s out of their minds. So why should I dwell on it?”

If there is any consolation, Mike believes, “That wave has crested, and now it’s kind of receded. I think people are just getting tired of it. Hate is exhausting.”

But the hate hasn’t just waned where Nickelback is concerned.

In this age of apparent “post-irony”, it’s increasingly passé to build one’s personal brand or identity around bragging about enjoying something ironically, as though it were intrinsically shameful to love something considered culturally pedestrian.

In fact, shortly before my interview with Mike, I’d read a few Youtube comments that insisted haters simply had to catch Nickelback live in concert to change their minds. According to the comments, the band is infectiously fun in concert. This unabashed support reminded me of the sheer luxury of being a teenager who didn’t care what everyone else thought, before I was aware of what it meant to earnestly listen to artistes who were considered ‘trash’.

There was little need to defend the music we sincerely loved; we listened to what we did, not because the songs made us look cool, but because of the feelings they evoked. And we didn’t feel obliged to downplay an ardent love for ‘shitty’ mainstream music by calling it a guilty pleasure, nor feign intellectual superiority by only listening to independent artistes.

Perhaps, then, what we now seek is a revival of pre-Nickelback sincerity in the ways we choose to love the things we do, including their music. In a world where there are so many bigger issues to worry about, hating a band for being too uncreative or uninspiring can feel comparatively petty.

Simply put, it’s lame to celebrate a culture that derives joy in shitting on the things that people love, or complaining about every tiny issue that triggers us without first taking steps to correct our own actions and perspectives.

Once upon a time, Nickelback learnt to insulate themselves from the hateful comments. And from what Mike shares over our 30-minute phone call, I understand that every time they get to perform, they live the best two hours of their lives.

So it’s evident that Nickelback has always genuinely enjoyed playing for their fans, and will continue to do so for as long as they can. On stage, a good and honest love for music prevails.

And this, of course, has always been both the fuel for haters and the reason their hate remains powerless.

Nickelback performs at Zepp@BIGBOX on 20 February. Purchase your tickets here. 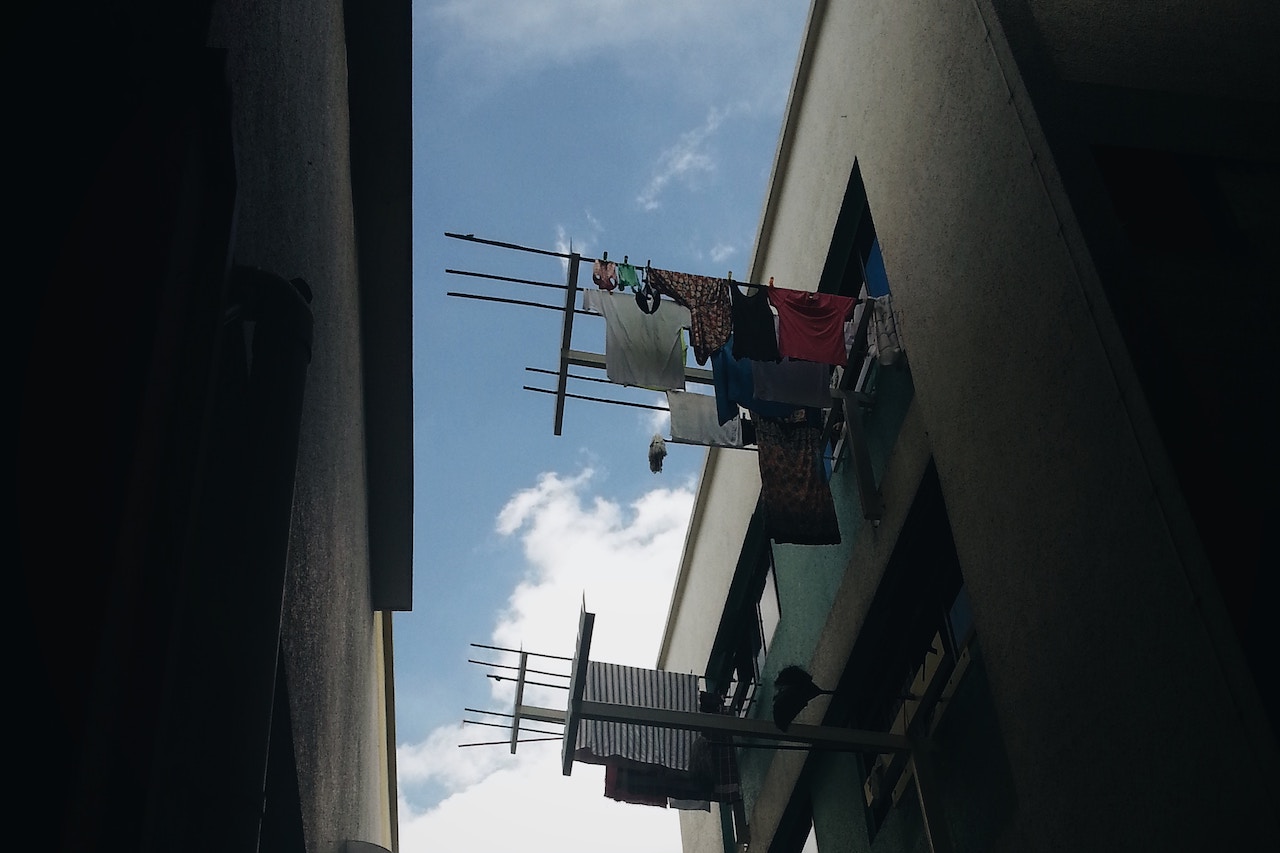