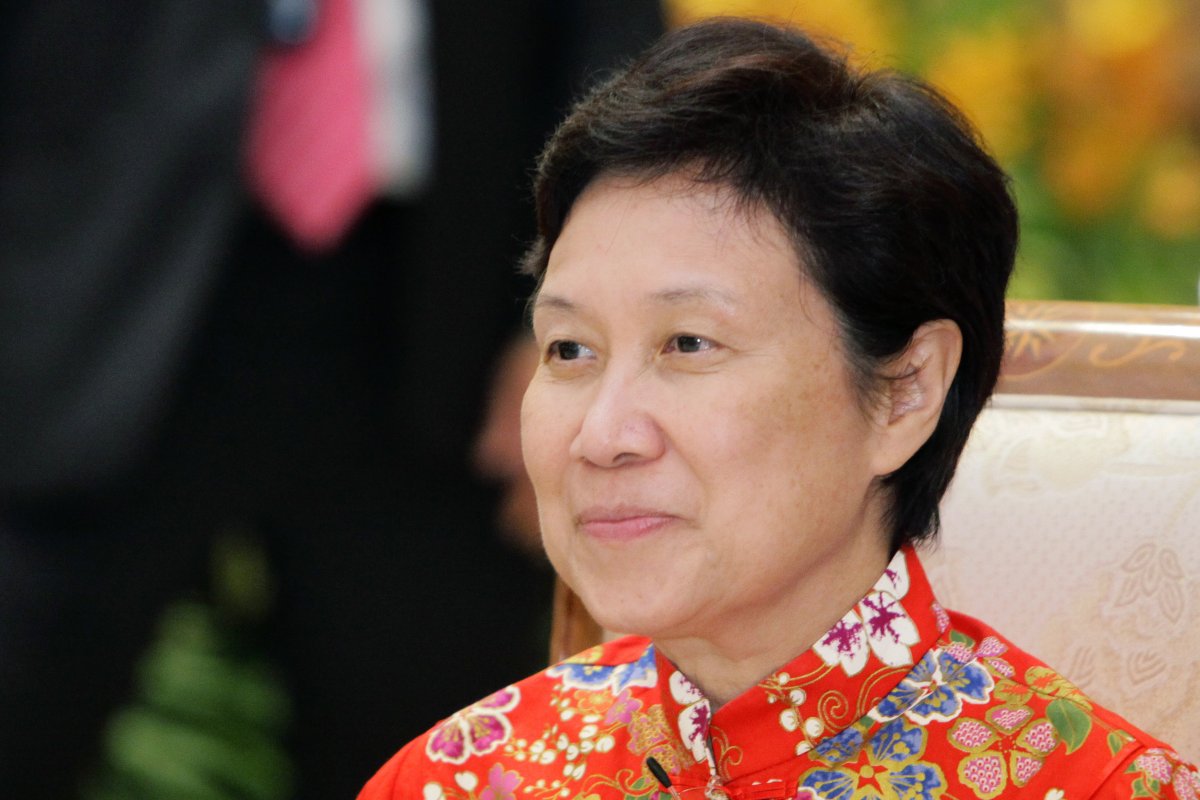 Until yesterday, I didn’t even know that turtles cried. But thanks to Mdm. Ho Ching, I now understand where herbivorous butterflies get their daily sodium fix.

This is just one of the many nuggets of knowledge that Ho Ching posts to her Facebook feed – the most random but fascinating collection of internet content ever assembled by a public figure in Singapore.

If you follow her, you can learn about China’s expanding naval capabilities, bricklaying robots, Ipoh’s revitalised hipster cafe scene, and even the temperature of Uranus. (This is not a joke.)

Despite being named by Forbes as one of the most powerful women in the world (and certainly the most powerful woman in Singapore), we know absolutely nothing about Mdm. Ho Ching beyond the basic facts. No mainstream media outlet has ever profiled her and she is rarely mentioned in news reports except in PM Lee’s company. We do not know what her political opinions are, what her vision for Singapore’s future is, or even her favourite food.

After being CEO of Temasek for 14 years, PM Lee’s spouse and the person responsible for everyone’s monies remains a complete mystery. Except on social media, where she shares often and without inhibition.

So what better way to learn about Ho Ching than by reading everything on her Facebook page?

This is not an easy mountain to climb because Ho Ching seems to be something of a social media addict.

She shares with a regularity rivalling Buzzfeed. On 8 March, a total of 52 articles were shared on her facebook page, most of which garnered little to no engagement despite a large fanbase of more than 40,000 followers. Over the course of one week, it adds up to a grand total of close to 400 articles, which is probably more news than the average person reads in a month..

I highly doubt if she read everything in detail. It took me more than 3 hours and 2 coffees just to skim through what she posted at 7 a.m.

Unlike PM Lee’s highly-curated feed, Ho Ching’s page is untouched by the invisible guiding hand of media relations. I claim this with confidence because no PR professional could endorse her Facebook feed in good faith. A nice person would call it ‘diverse’ while most would probably describe it as ‘completely arbitrary’.

Right after reading about the development of HIV-targeting antibodies on Futurism.com (a cure in sight?) and a critical appraisal of Trump’s North Korean Strategy by The Atlantic (Hawkish bluster works), I was confronted by Buzzfeed’s ‘21 Corgi Posts That You Should Send To Your Best Friend Immediately’ (wut).

Strange as it is to get your daily dose of adorkable from Ho Ching, it was her most re-shared article that day. Second to only a listicle on Singapore noodles.

After hours of reading, a pattern emerges. Her favourite sources for ‘serious journalism’ are The New York Times and Bloomberg, although she flirts with other western mainstream sources like CNN or Businessinsider. National Geographic, Futurism and MIT Technology Review feed her voracious appetite for news related to science and technology.

She is also a big fan of WebMD, the hypochondriacs almanac.

This week alone, she shared no less than 20 medical slideshows about the benefits of stretching, mood disorders and the best ways to get Vitamin A in your diet. (Sweet potatoes, Ice Cream and Beef Liver!)

This is just a rough outline, of course. She also posts a ton of ‘fun’, including but not limited to, drone footage of a Rainbow mountain in Peru and videos of silly dogs.

So what insights into her character can we glean from Encyclopedia Ho Ching?

The first thing that strikes any observant follower is a deep-seated interest in science. Not just the engineering science which was her major in NUS and Stanford, but all fields of science including animals, geology, drones, medical breakthroughs, climate change, and even astronomy. Her facebook feed is well-populated with white rhinos, planetary movements, and undiscovered penguin colonies off the coast of Patagonia.

However, there is one thing missing from her scientific outlook: digital disruption.

Ho Ching’s interests are mostly limited to hard science; the kind of science that is just one step removed from the natural world. On the subject of social media or how the internet is reshaping our world (and Singapore with it), her feed is mostly silent. Although well-informed about flying cars being developed in the Netherlands, she does not seem much aware of topics like Bitcoin or how ride-sharing has altered local economies.

In other words, she is still more engineer/scientist than tech evangelist a la Steve Jobs or Peter Thiel. This makes her something of an anomaly in a financial world that is increasingly dominated by tech companies and their Python-savvy preacher men

This scientific outlook also informs a sense of pragmatism in her choice of reading material. She doesn’t share commentaries or opinion pieces. Only the facts will do. On her feed, there are no experts pontificating on China’s future, only factual reports on China’s ship-building capacity and a new solar farm in Anhui province.

It seems that other voices and other perspectives simply do not interest her as much as the facts of what exactly happened and where. I tried to evaluate her political leanings based on her posts and found none. Facebook Ho Ching is neither right-wing nor left-wing. There is no discernable political bias except a preference for ideas that have been proven to work, especially if they have been tested as policy in a foreign country.

Take, for example, this recently-posted NYT article titled ‘Turn Prisons Into Colleges’. This article is classic Ho Ching, emblematic of her journalistic tastes. The editorial does not concern itself with the right and wrong of mass incarceration or if prisoners have a right to education. It simply cites a number of case studies where education reduced prison recidivism rates drastically and recommended reform to that end. Fin.

Since Ho Ching does not write captions to tell us what she thinks, we can only speculate. Is this scientific pragmatism a consequence of her engineering background? Or is it a reflection of Singapore’s state ideology, which just so happens to be perfectly aligned with the former. Perhaps it can be both, after all, she would be one of the few people powerful enough to shape our nation by personality alone.

Thus, it is very tempting to read her Facebook profile as a Singaporean State of the Union or even as the establishment’s subconscious. In the past, Ho Ching has caused many a stir online by sharing LGBT/Pink Dot-related events, seeming to confirm our long-held suspicions that the establishment doesn’t care about gay rights one way or another.

At the time of the Oxley road saga, she also made waves by posting this picture of a monkey pointing its middle finger – which some interpreted as a rude gesture directed at Lee Wei Ling, who had accused her of wrongdoing.

Given how much she likes animals, I find it hard to believe this theory. Sometimes a monkey is just a monkey, even if it makes for a perfect political allegory.

This is just my guess, only Ho Ching herself will know the truth. Like any public figure, her every move is the subject of scrutiny and speculation. The personal often becomes political and like any text, our reading of her is coloured by our own desires and bias.

It can be quite a burden to bear and many crack under the pressure, but Ho Ching doesn’t seem to care. Despite the past controversies and a total absence of response to some of her posts, she continues to share with abandon, leaving her followers with cute dog videos alongside well-balanced Foreign Policy analyses.

This is the central irony of Ho Ching’s Facebook profile. It is, at once, both completely pragmatic and yet, the most ‘human’ social media page by any public figure in Singapore.

Look at Prime Minister Lee Hsien Loong or Minister Chan Chun Sing’s Facebook page. Truth be told, they tell us absolutely nothing about the respective politicians.They are not Facebook profiles, but press releases wearing the skin of a Facebook profile.

Nothing resembling authenticity has survived the public relations post-processing.

Ho Ching’s page is different. It is weird, funny and oddly relatable despite its haphazard nature. After scrolling through hundreds of articles, a rather ordinary portrait shines through – a paradoxical picture of someone who is informed by a scientific worldview, mildly obsessed with animals and medicine but for all of her intellectual seriousness, not immune to the siren call of clickbait, be it in the form of penguins or Chocolate Star Destroyers.

This lack of artifice is not just unusual for a public figure, it is unusual for ANY social media user. After all, we do not simply share things we enjoy, we share articles and photos to project an ideal version of ourselves to the people around us. To say:  I am the cool girl. I am the intellectual. I am your Prime Minister and I care very deeply.

Not for Ho Ching. Ho Ching doesn’t really care. In a nutshell, she is not unlike the monkey giving us the middle finger – indulging her own interests, with blissful indifference to what the world thinks. 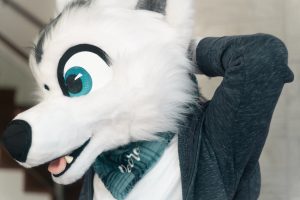 The Furry subculture is gaining ground in Singapore. But "popular culture likes to [wrongly] paint us as sex maniacs," one Furry tells us.