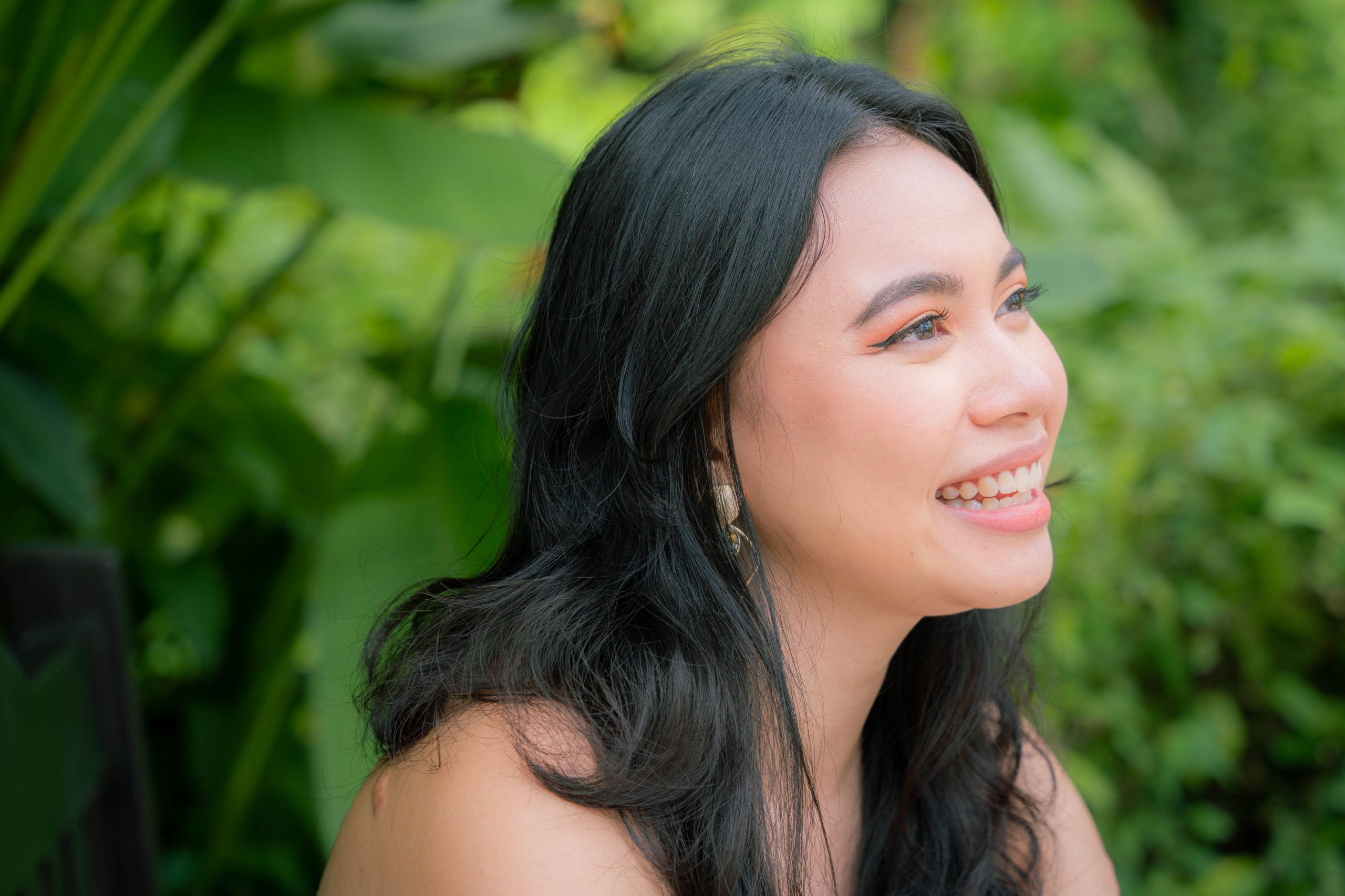 This story is not affiliated with, or sponsored by, Maybe.sg.

On a rainy January afternoon, Erika paced up and down Victoria Street looking for a hotel where she was expected by her date. She didn’t know much about him, only that he was wearing a dark blue shirt. She hadn’t even seen a photo of him or been told his name. Naturally, her nerves were starting to kick in.

This was her first time using Maybe.sg, a platform that, according to its website, gives you access to a range of personalities for on-demand social experiences. While clients can pick a girl (or guy) for a date, their information won’t be shared with them until they arrive at the meet-up point.

Upon entering the hotel and approaching the restaurant, Erika was greeted by a receptionist who asked her who her date was.

“I haven’t met him yet,” she responded, held back by the question. The awkward encounter was quickly interrupted when Erika’s date recognised her and brought her to his table.

It was awkward at first, Erika described, because “we were just not on the same wavelength.” But a bottle of wine later, the conversation was flowing smoothly. “It was like hanging out with an uncle,” she said, referring to how Maybe’s no-touching policy keeps the dates friendly and casual.

The Growing Demand For Girlfriend Experiences

Erika is one of the many new sign ups Maybe.sg has seen since the pandemic started. A Maybe representative told me that there has been a drastic increase in clients, and speculates that the boredom from being stuck in Singapore has led to more men and women looking for people to enjoy recreational activities with.

For Erika, there’s a very practical reason why she joined Maybe: acting is her passion, and the platform offers her a more flexible way of earning side income as compared to a 9-6 job. Especially during COVID, stable sources of income are harder to find.

Chrissy, another Maybe girl I interviewed, said that the platform is a way for her to gain professional guidance while earning extra income. So far, she has met men who have taught her about trading, crypto currencies, public speaking, and who have even told her they would help her network and invest in any businesses she wants to start.

What Do These Men Truly Want?

While there have been a minority of clients who have made uncomfortable propositions, both Erika and Chrissy said that the vast majority are “really sweet.” Generally, the archetype is a post-break up man who needs a listening ear, or one who has been single for many years and is craving a sense of intimacy with someone.

Erika recalled meeting a guy who asked her if she would be willing to make an arrangement with him to offer the ‘girlfriend experience.’ “He said he just wanted someone to hold when he dances,” Erika recalled.

But by far, the most memorable date for Erika was when a divorced man with two kids invited her to  the Wild Wild Wet water park. At first, she thought it was a ploy to get her in a bikini, prompting her to wear a long sleeve surf shirt with swim shorts. But on the date, she found out the man had very different motives.

“I chose Wild Wild Wet because I used to come here with my kids and I really miss it. None of my friends want to come with me,” he said.

While Chrissy told me about various dates that consisted of visiting upscale restaurants where expensive sushi and red wine were ordered, it’s the men who were vulnerable that she still remembers today.

One of these dates came as a surprise when she saw she was invited to a bak kut teh restaurant by a man in his early thirties. They spoke a bit and he opened up to her about his ex-girlfriend, after eventually just asking her if they could play chess.

“I don’t think he wanted anything but company and someone to hang out with,” Chrissy said. “So we played chess for most of the two hours. It was so wholesome.”

The modern world of online dating has made matchmaking a superficial ordeal. On apps like Tinder and Bumble, users choose potential dates based off of a select set of profile photos and a short biography. Naturally, appearance is the main deciding factor—followed by career, and fun facts about the person. While this format works for some, it leaves out a portion of people who may not benefit from the way dating apps emphasize the importance of looks.

“With dating apps, like Tinder, you need to be somewhat attractive, or young, to find matches in that circle,” Chrissy said. “And if you’re not, it’s going to be harder for you.”

In one of Maybe’s first promotional videos from 2019, this cycle is perfectly exemplified. The video starts with Cedric and Aloysius, two good friends since young. Cedric is athletic and is presented to be more attractive, while Aloysius is described as a “geek who prefers to stay at home.”

Both friends swipe on a dating app together, but only Cedric gets any matches. “I swipe swipe swipe so many times, one match also cannot get,” Aloysius complains.

Aloysius deletes the dating app from his phone, but his eyes light up as he mutters “Maybe” under his breath. A few minutes pass and an attractive young girl walks towards the two. Cedric prepares himself to greet the date he assumes is his, but to his surprise, she is there to meet Aloysius instead.

It’s a continuous cycle: men try to find companionship online, but this fails, eventually pushing them to turn to hiring girls online instead.

“Sometimes I think about how lonely they must be to have to hire somebody for companionship,” Erika shared. “Some of them are not the society standard of attractive, so it lowers their chances of finding somebody.”

“I have friends who are in relationships with people they didn’t find physically attractive at first. But they fell in love with them because of their personalities when they met. Now, with how the dating world is changing, this is happening less and less. There’s less opportunity for showing your personality.”

Does The Paid Girlfriend Experience Help These Men?

When Chrissy and Erika told me about the lonely men who turned to Maybe after failed attempts with other apps, I struggled to consider it a viable solution.

If they can’t find love on mainstream apps, do apps like Maybe not just reinforce the idea that they will never find love unless they pay for it? And while this is not the fault of Maybe girls—they are just supplying a service there is a demand for—it does raise some important societal questions.

In the long term, what is the impact on these men who know that their dates were only nice to them because they were paid?

“Look, I know this isn’t a real date,” one client told Erika. “I know I’m not your type. I called you because I was bored and lonely.”

Hearing men say this only reinforces Erika’s belief that an app like Maybe is good. She told me that because she is open about her social escorting gigs on social media, she gets a lot of responses from followers online. Of which, some have told her how grateful they are for apps like Maybe because it gives them the option to pay for someone to hang out with rather than be completely alone.

Erika admitted that on paid dates, there is a lot of acting involved. At the end of the day, she needs to deliver a service—a fun, enjoyable time—which doesn’t always come naturally depending on the person in front of her.

“But it’s also not always sad and lonely guys. It can be super fun,” Erika reassured me. “Some of them really just want a bigger group of people, so they hire more to join, that’s it.” For example, some rich men want to fill out their yachts. Others just want more buddies to drink with.

“What is the bigger issue for me is the judgment we get,” Erika confessed. “We get comments saying that renting a buddy is just PG-13 prostituion. So many people think women on Maybe are just tools, but it’s not like that at all.”

Have any tip offs on stories we should cover? Tell us at community@ricemedia.co.
And if you haven’t already, follow RICE on Instagram, Spotify, Facebook, and Telegram.