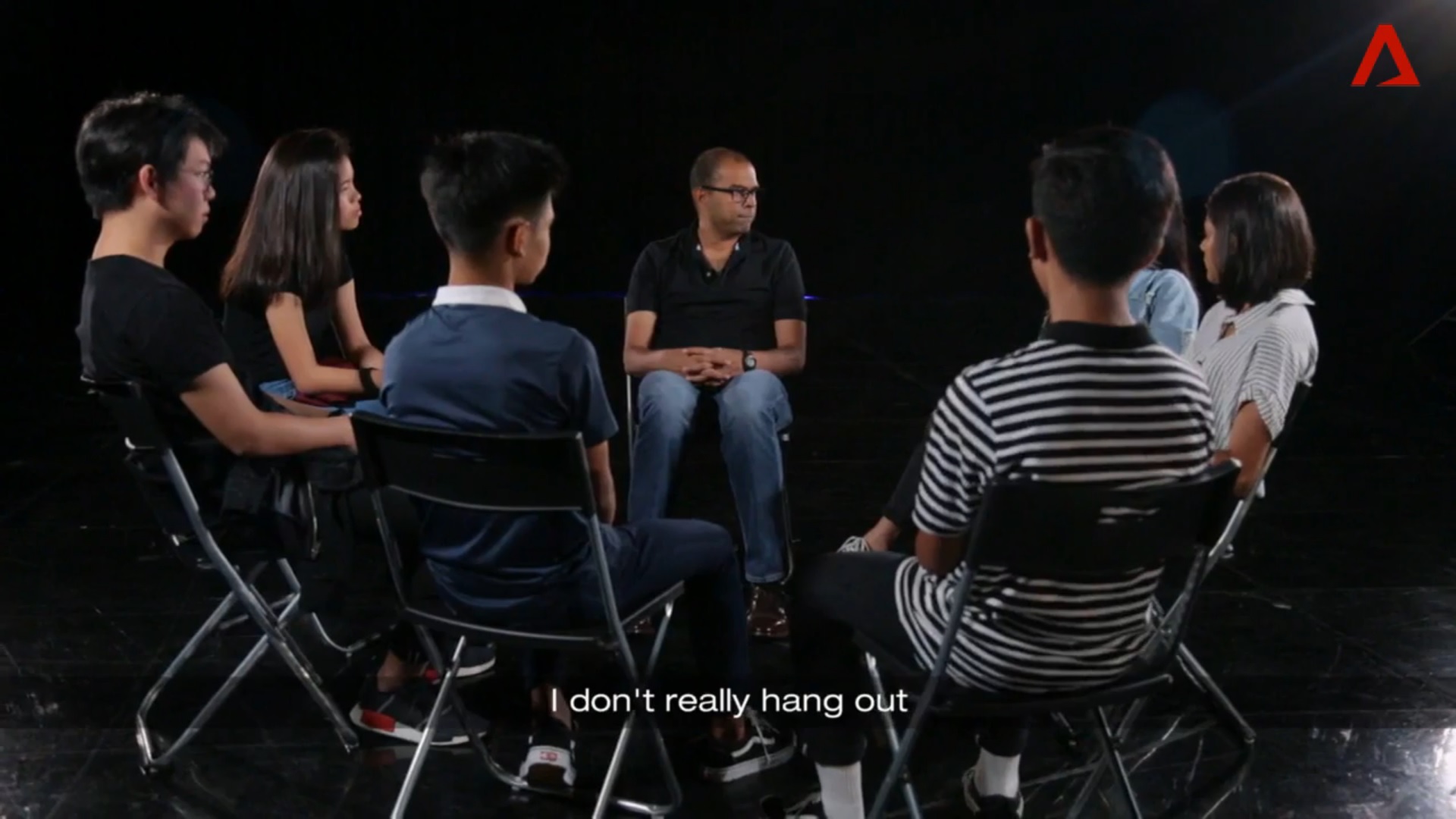 The scene that sparked the most discussion involved students from the Integrated Programme, Normal (Academic), and Normal (Technical) streams speaking frankly about how they perceived each other.

Under the watchful eye of Senior Minister of State Dr Janil Puthucheary, the NA and NT students spoke about how Express students would roll their eyes at them and call them “stupid”. They spoke with disarming honesty about how the experience affected their self-esteem. Painful silence ensued.

Naturally, it also went viral. Social media exploded with expressions of sympathy for the Normal stream students and harsh words for the IP pupils, one of whom defended the necessity of streaming.

However, nobody said a word about the elephant in the room: Minister/Policymaker Puthucheary himself.

The video was cut from a CNA documentary about Singapore’s class divide called ‘Regardless of Class’, and it’s probably the worst response to Singapore’s inequality that I have seen thus far.

The documentary features struggling families, security guards who are abused by condo residents, and many heart-wrenching examples of class prejudice like a banquet waiter who said: “I was not treated properly like a human being”

However, what CNA does not feature are the underlying causes of this class divide. It neglects to mention our government’s role in creating the inequality that has now become our No.1 problem.

For its entire run-time, the documentary does not say a single word about the lack of a basic minimum wage, or our government’s anti-welfare mindset. It does not address the neo-liberal, pro-business policies that have created this wealth gap, or even consider the possibility that our economic problems may be related to our economic policy.

Instead, we are treated to a crusade against snobbery. The class divide is not seen as a socioeconomic issue for CNA/Dr Puthucheary, but a question of people behaving badly by ‘judging’ others as low class and refusing to mix.

These questions were never asked. Instead, everything is blamed on social ‘awkwardness’.

Or as Dr Puthucheary explains: “We want to remove ourselves from situations where we feel embarrassed or awkward.”

Instead of questioning how this painful divide came about, the students are seemingly held accountable for their reluctance to interact.

Instead of a close examination of inequality in our society, the show treats our class divide as an ‘attitude problem’. As if this whole class thing would go away if Singaporeans were less ‘prejudiced’, had more opportunities for ‘social mixing’, or would simply be nicer to each other.

As Professor Teo You Yenn and many others have already said, poor social mixing is a side effect of inequality, not its root cause. Or to use a metaphor that Dr Puthucheary will understand, they are the symptoms of an illness and not the virus itself.

This is the main problem with the documentary and, to a larger extent, our policymakers. They want to address the symptoms of inequality without tackling the disease. Negative stereotypes, class tensions, and snobbish attitudes are rightly condemned, but what about the deeper problems?

What about our weak protection for migrant workers?

What about the lack of a proper social safety net to alleviate what one expert in the video identified as an ‘intergenerational causes’ of poverty?

These causes of inequality went unexamined in ‘Regardless of Class’. Government policy, as always, seemingly got a free pass. As if inequality came into being one day without any factors, independent of government, economics or history.

The result: an infuriating superficial narrative—one that suggests we can mitigate the problems of a class divide without directly confronting the absence of inclusive policies.

I’m sorry, but this is a fantasy. You can’t eliminate the social disharmony that inequality creates whilst ignoring inequality. You can’t help more struggling families without using more financial assistance, which Dr Puthucheary disparagingly calls “handouts”.

In short, you can’t create a Singapore ‘regardless of class’ by policing etiquette whilst leaving the wealth gap untouched. If you are unwilling to change your mindset of ‘welfare leads to laziness’ or take a good look in the mirror, then don’t make a mockumentary.

The problem of inequality, which some call the greatest economic problem of the 21st century, can’t be resolved simply by the rich and poor being ‘a little nicer’ to each other.

This is sad because much of what the CNA video advocates is admirable. Yes, there is no excuse for snobbery. Yes, basic respect should not be dependent on income. There should be no rich-poor stratification, and we should not segregate ourselves from those less fortunate.

We should do all that and more, but attitude and individual behaviour alone will not reduce income inequality or the ‘class divide’. Government policies must change as well.

In an era of globalisation, unchecked MNC power, and free trade; in a world where money is free to cross borders but people are not, inequality is a cancer that cannot be cured by the homeopathy of ‘social mixing’. Radical solutions are not just good, but necessary.

The western democracies which Singapore is modelled after are crumbling. Trump, Brexit and the rise of right-wing nationalism in Europe cannot be blamed on ‘Fake News’ alone. They are, at least in part, attributable to genuine feelings of disenfranchisement, felt by people whom progress has ignored.

I pray that Singapore does not go down the same path. But to prevent that apocalyptic scenario from becoming reality, we must face the real causes of inequality, not just snobbish students.