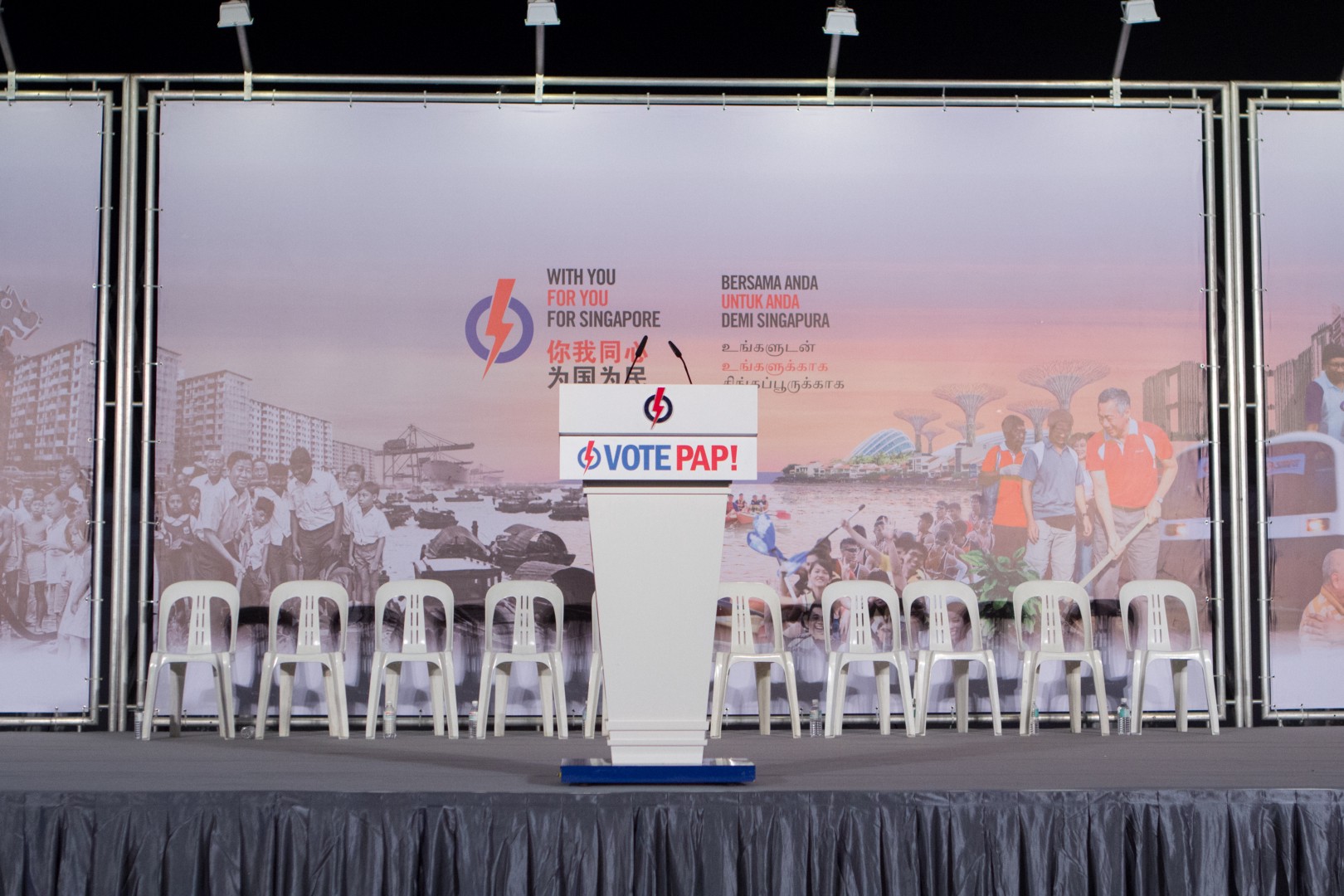 Disclaimer: RICE does not support or endorse any political party.

If the UK conservatives got 61% of the popular vote in any general election, they would have spent the past weekend snorting cocaine off each other.

For the straight-A strait-laced PAP, however, 61% represents not a pass, but a total defeat on the scale of Stalingrad. Already, social media is filled with the sounds of PAP influencers crying their stoic manly tears—as if 83 seats weren’t a clear enough mandate. I mean, come on guys, this is like crying because you got into Hwa Chong instead of RI—get over it.

Minister Shanmugam says that our ruling party must do some ‘soul-searching’.

“We need to work out what the trade-offs are and how to move forward,” he said.

Speaker Tan Chuan-jin expressed the same sentiment when he told ST reporters that his party needed ‘to examine the broader issues that caused a swing in votes.’ Even LHL admitted that the vote share was ‘not as high’ as he had fantasised.

The consensus is clear. The PAP seems to be having a post-GE crisis of faith.

While the image of Minister Shanmugam going on a Vipassana meditation retreat amuses me, the ‘broader issues’ of GE2020 do not. As a part-time PAP supporter and a full-time Slytherin, I would like to help the PAP find its soul—if only to extract my pound of flesh when the time comes.

Suggestion number one comes from Oxford PPE graduate and self-proclaimed sex symbol Calvin Cheng, who has been posting non-stop the entire GE and boosting his posts out-of-pocket. According to this Very Successful graduate of the United Kingdom’s No.1 University, the PAP must stick to its values as ‘conservative. centre-right party’. They must not cave to the ‘liberal, progressive’ milieu whose opposition to the PAP is ‘ideological’, and whose commitment to change is apparently absolute.

Instead, they should focus on jobs, workers and helping ‘left-behind’ Singaporeans adapt to the globalised economy. They must—lmao—become the true ‘workers’ party’.

I broadly agree with the Field Marshal of the PAP IB about jobs, but posts like this are exactly why our ruling party has spent this entire election limping from one self-induced PR debacle to another. Most Singaporeans—youth or otherwise—are not ‘ideological’. Even if they agree with the economic policy in broad strokes, they also share some of the liberal, progressive views espoused by, say, Raeesah Khan’s favourite Angela Davis. Only a fool will deny that America’s penal system has a race problem. Let’s not pretend Singapore doesn’t have its own.

It doesn’t make them communists or traitors or zombies infected by America-19, just reasonable people who can read an article critically.

Portraying the entire demographic as woke champagne-drinking libtard cucks is not too different from Hillary calling all Trump supporters ‘deplorables’ and ‘bigots’ in 2016. It might galvanise a small segment of your hardline supporters, but at what cost?

Unfortunately, it seems to be the main strategy in GE2020. First it was Dr Tan Wu Meng’s completely out-of-the-blue attack on Alfian Sa’at. Followed closely by Minister Shan’s doubling down. Then it was the piling on against Raeesah—which ended up bouncing back on Deputy Prime Minister Heng Swee Keat and PAP MP Denise Phua, who had also made some questionable remarks in the past. (‘walking time-bombs’)

What did the media cycle teach us? It is this: For the younger generation, the means by which you conduct your politics matter just as much as the material shit you deliver. There’s no point in building sheltered walkways if you’re going to make a big fuss about how opposition wards would never ever get them so suck it.

Such tactics, which had a dubious record of success in the past, will yield only diminishing returns as we become more politically aware. The WP might be PAP-lite, but PAP-lite is exactly what many voters want. Tharman’s lasting appeal lies not in his radical deviance from the party line, but because he embodies a version of the PAP without some of its worst qualities: arrogance, preachiness, and a refusal to admit mistakes even if it costs them nothing.

This perceived high-handedness has annoyed many, even those who broadly agree with their macroeconomic thinking. It distracts from what Cherian George calls the PAP’s ‘technocratic brilliance’.

Furthermore, there is no real contradiction between progressive social attitudes and a—sigh—‘bread-and-butter’ focus. President Halimah Yacob, for example, was widely praised for calling out Okletsgo for its misogynistic remarks. Minister Shanmugam likewise got praise for finally ending the silly law against suicide. MP Louis Ng is perhaps one of Yishun’s few redeeming qualities. Instead of fearing its liberal progressive edge, the PAP should embrace it.

Let me end this article the only way PAP articles are allowed to end: with a LKY-style ‘Hard Truth’.

The PAP prides itself on being a pragmatic, ‘non-ideological’ party which can think long-term. Ah Gong might talk tough, but he changed from centre-left to centre-right, from anti-communist to China’s BFF,  and from opposing long hair to building casinos in the CBD. Our lord and messiah LKY was nothing if not morally and ideologically flexible, knowing when to flatter the Chinese-speaking and when to sue until pants drop.

The problem with the PAP today is not that it’s not woke, or that it’s incompetent. It’s that it has forgotten how to be opportunistic. Although it has no official ideology, many of its habits are calcified to the extent that they might as well be gospel.

Chief amongst them: a tendency to brow-beat, to play hardball, to dangle community resources as carrots, and to make spurious accusations. Such tactics have long since outlived their usefulness, but they nevertheless persist out of what I assume to be sheer inertia.

Some PAP IBs want their party to ‘go back to the basics’. What this actually means, no one has been able to articulate clearly. So instead, let me suggest another basic which they might have forgotten: Adapt and move with the times.

The Ministers are always telling us to upgrade and re-skill. Perhaps it’s time they do so as well.

I am Josephine Teo’s last Horcrux. Contact me at voldemortpr@ricemedia.co.