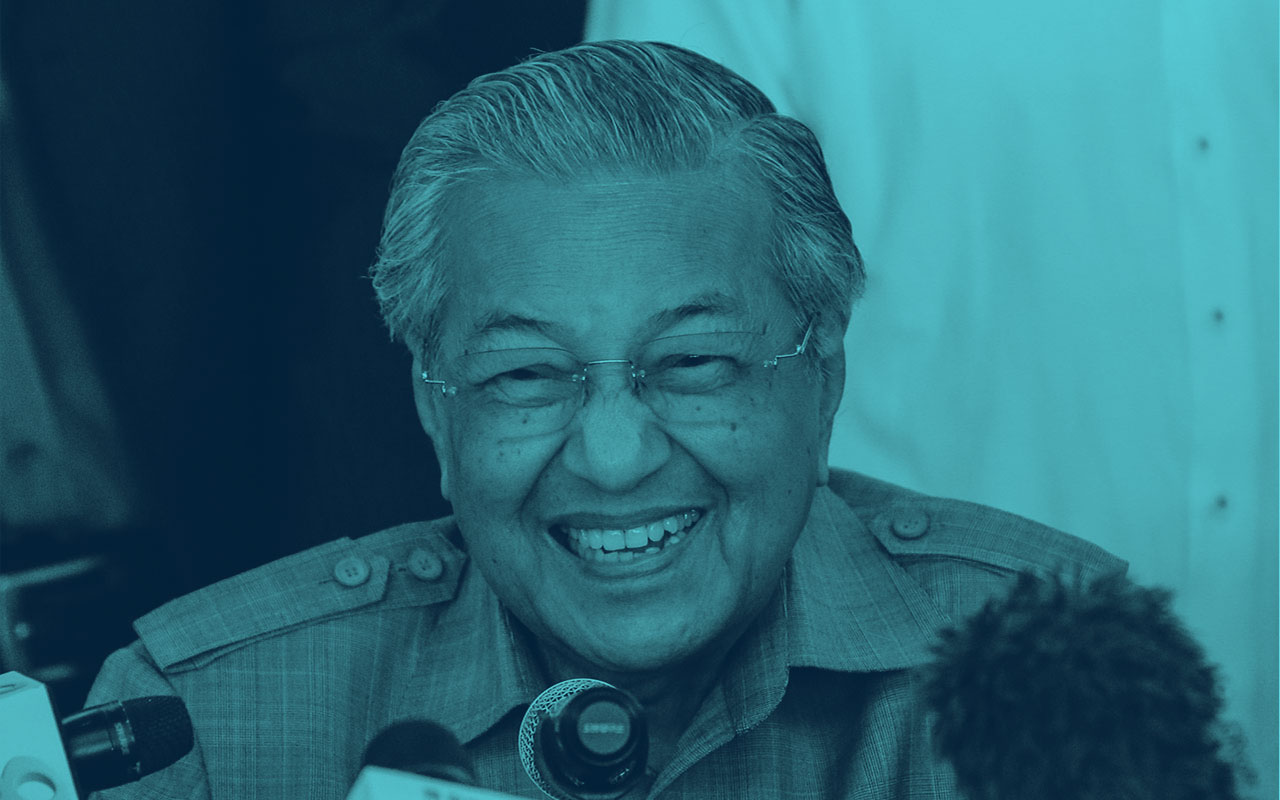 Beneath the buzz of a national “Make Malaysia Great Again” movement, an air of uncertainty has begun surrounding the country and its neighbours. Recent political decisions, like pulling out of the high-speed rail project and replacing the GST with an archaic sales and service tax, have only brought confusion instead of confidence.

Here in Singapore, the anti-establishment camp remains starstruck by the Malaysian opposition’s ability to topple the longest ruling political party in the world. Every headline from KL that directly opposes PAP policies immediately sends netizens into frenzy, heralding the dawn of a new era in Singapore.

Take Dr M’s recent interview with the Financial Times, where he said, “I think the people of Singapore, like the people in Malaysia, must be tired of having the same government, the same party since independence.”

Yet Malaysia isn’t and may never be the benchmark for change in Singapore.

Instead of getting enamoured by Dr M, we should be careful to read between the lines of what he actually says.

Will Malaysia bounce back from here on? Only time will tell, when we see actual results. In the meantime, we dissect some of his statements to illustrate just how Dr Mahathir has mastered the game of populist politics.

#1 Flip-flopping on the Kuala Lumpur-Singapore High-Speed Rail (HSR)
Are we going on a break, or breaking up for real? That’s exactly what the HSR saga looks like – two partners in a relationship who cannot commit to a separation.

Dr Mahathir intends to scrap the HSR deal, citing the huge financial burden that Malaysia would have incurred – amounting to about RM60 billion (S$20 billion). Yet he places the ball firmly in Singapore’s court, with the transport ministry saying that the planned cancellation and the penalty for pulling out prematurely are subject to negotiations.

It’s a case of “I’m going to leave you even though we’ve already paid the down payment for our BTO flat. But if you love me, you will foot my penalty. Oh, and btw, I’m still keeping that rug we got for the living room – they’re already delivering to my house.”

Dr M says his government will “definitely” review the deal when the country’s economy has improved, which basically means,“You know I still love you. Please wait for me to sort my shit out and I may bring the rug back for our new home.”

In other words, deep down he knows that this expensive train track will still benefit his people in the long run. But by painting Singapore as the “rich bastard” who forced his partner to agree to unfavourable circumstances in the first place, Dr M is – to Malaysians discontent with the ridiculous S$-RM exchange rate – the hero who will do anything to save his people first.

#2 Cutting ministerial salaries to save the country’s economy
Dr M’s decision to cut the salaries of ministers by 10% must be music to the ears of a population frustrated with rampant corruption.

The salary cut is also presented as an immediate solution to reducing the national debt, in excess of RM1 trillion (S$330 billion). Just stopping short of forfeiting one’s salary entirely, what better way to display your patriotism and dedication to public service than making the ultimate sacrifice of collecting less pay and working twice as hard for the people?

It’s the quickest road to win hearts and minds, yet one that makes the least sense. Malaysia’s ministers aren’t quite the C-suite earners – before the pay cuts the average salaries ranged between RM11,000 (S$3,700) and RM20,000 (S$6,700). 10% accounts only for a few hundred dollars per minister per month – hardly the silver bullet needed to shrink a trillion-dollar budget in a few short years.

Simply put, it’s all wayang to pander to the common man who detests overpaid and incompetent  politicians

#3 Abolishing GST, Introducing SST
One of the boldest pledges from the Opposition was scrapping the 6% GST. The unpopular tax was introduced three years ago to supplement an inadequate income tax revenue system that covers less than 15% of the working population.

Fulfilling its promise, the government has set GST at 0% starting yesterday. On paper, the cost of living has gone down. Cheaper H&M clothes, ramly burgers, and petrol? Yay!

But it’s only an illusion – a zero tax rate still leaves the door open for the government to raise GST at any point in the future. It could even come back to haunt Malaysians again six months later, if Dr M feels that the country is not generating enough revenue to reduce its trillion-dollar deficit.

Depending on the rate of the sale and service tax (SST) which will be reintroduced, prices of goods and services in the country could actually become more expensive. But most Malaysians aren’t concerned by that. It’s that sweet, sweet chorus of “zero GST’ that serenades them.

What they also fail to see is how a lack of GST could hurt the country in the long run. Without the additional RM25 billion to RM30 billion per year generated by the GST, it’s simply harder for Malaysia to finance its own infrastructural projects and welfare subsidy programmes. Cost of public transport and utilities could be raised to offset this shortfall, thus creating the unintended opposite effect of substantially increasing the cost of living.

So replacing the GST with SST is not a sure-win for Malaysians – it could actually spell further disaster. Dr M and his Cabinet might need a little bomoh magic to make this economically unsound policy work.

#4 Build a clean Malaysian government
As the new government proceeds with its investigations into the embattled Malaysian state fund 1MDB, Dr M has promised to rid the country of corruption and usher in a new trustworthy leadership.

Acknowledging that the civil service had fallen in standards and lost the respect of the people, one of his primary missions is to ensure the separation of powers among the Executive, Legislative, and Judiciary branches of government to prevent an abuse of power.

In his first address to Malaysian civil servants last week, he said, “Administrators must serve with excellence and not be distracted by other reasons. This is very important, and I am convinced that you (the administrative staff) all know that we as administrators must adhere to our country’s system of democracy.”

Dr M also urged them to give their “undivided cooperation in what I do as prime minister as long as what I’m doing is not against the principles or the laws of the nation.”

Yet just yesterday, he fired warning shots by publicly questioning the loyalty of a number of civil servants who voluntarily campaigned for Najib’s Barisan Nasional during the general election.

Dr M may have his hands full solving an economic crisis and fixing a broken government. But he’s also got an eye on the pockets of resistance that could potentially be problematic. Calling out the BN supporters in public casts them in a bad light and frightens them into submission, thus strengthening his grip on power.

Yet four days after winning the election, the newly elected prime minister said that the government would re-define the controversial law rather than overturn it.

Dr M’s backtracking doesn’t come as a surprise, since he himself had used security laws to persecute his political rivals and restrict free speech during his first term as PM.

Perhaps considering the circumstances that have led to Najib’s ousting, Dr M has deemed it necessary to protect his government against both internal and external forces that may employ information warfare to attack his credibility.

Politics is all about sending the right message at the right time to win public support. And Dr M has ridden on the sentiment against one of Najib’s most controversial policies, perhaps without even having the intention of removing it in the first place.

This is certainly a reminder that despite his old age of 92, Dr Mahathir is still the shrewd politician that we remember and fear.

All this isn’t to say that Malaysia lacks the courage or foresight to implement policies that will lift it from the throes of its current troubles.

It just means that for any Singaporean who wants change, it would be prudent to look within, to think about what would work for Singapore and its own unique challenges. Getting swept away by the revolutionary sentiment one perceives to be drifting across from the Causeway isn’t just naive, it’s also misguided and futile.

Is Mahathir the superhero that the region needs and deserves, or simply a sly old fox who returned to the game at the perfect time? Tell us at community@ricemedia.co 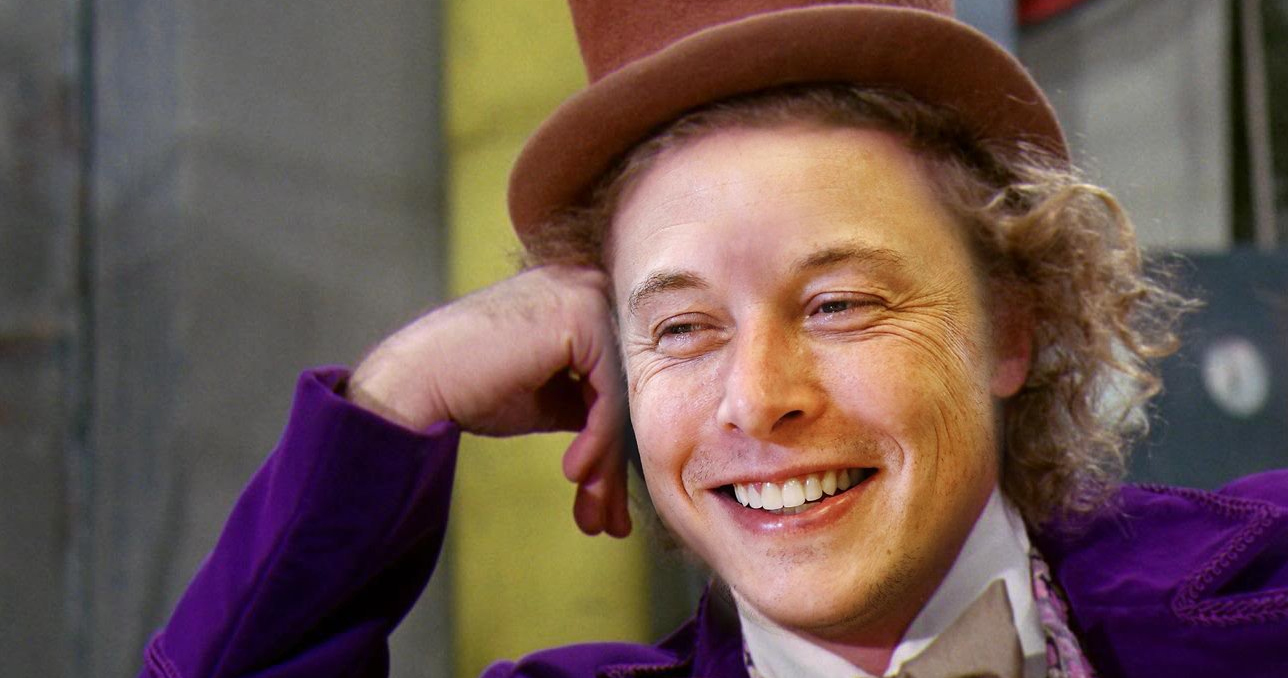 An Open Letter To The ST Premium Paywall