Watain has been banned, but the end result is surely not ‘social harmony’. On the contrary, MHA’s last-minute prohibition has stoked widespread resentment towards the Christian community for its alleged role in ‘pressuring’ the government, and for ‘imposing’ its religious beliefs upon Singapore’s nominally secular society.

A similar volume of anger was directed towards the National Council Of Churches Singapore (NCCS), which came out in support of MHA’s decision, going so far as to thank the Ministry for protecting Singapore’s ‘social order’.

On the surface, this appears to be a rehash of last year’s 377A debate. In fact, Dr Tommy Koh’s arguments for repeal can be reused almost word for word, if you had not already disposed of them for failing to spark joy:

1. ‘Sin does not equal crime’
2. ‘Singapore is a secular society’

Singapore is—after all—still a ‘secular’ society, and the distinction between sin and crime remain pertinent as ever.

However, these arguments seemed to have persuaded no one who wasn’t already in favour of repeal. Even though they came from an elder statesman and were published in the Straits Times to great fanfare, it was barely two months later when the NCCS was once again in the news. This time, for expressing their ‘disappointment’ over the lack of Christ in Christmas—leading to the same recriminations and bitterness on all sides.

For non-religious Singaporeans like myself, the instinctive reaction is to see such ‘complaints’ as an attempt by evangelicals to undermine Singapore’s secularism. This, I believe, is simplistic and incorrect. The problem arises because there are many different types of secularism, often with conflicting ideas about the role of religion in society.

Enter Ethos Institute (™) for Public Christianity—a Christian think tank formed by NCCS*, Trinity Theological College, and The Bible Society Of Singapore, for the express intention of providing a ‘Christian perspective on contemporary issues’. Like all think tanks, they publish articles and working papers, many of which are useful for understanding the recent controversies.

In Ethos’ view, secularism does not mean the removal of religious views or dogmas from the public sphere as Dr Tommy Koh would suggest.

Quite the opposite, in fact.

They argue that religion can participate in the so-called ‘public square’ because secularism, as Ethos’ Dr Brian H Thomas defines it, advocates a “non-sectarian state which neither promotes nor penalises religious adherence … where the religious identity and place of each individual and community in the public square is regarded as legitimate, yet without that conferring any kind of public advantage over another.”

Dr Roland Chia, a Professor of Christian Doctrine at Trinity Theological College and a Research Advisor for Ethos, concurs in one of his many commentaries. In his article ‘A Sin Or A Crime – On Legislating Morality’, he writes that: “But the institutional separation between religion and the state, enshrined in the Maintenance of Religious Harmony Act of 1990, does not banish religion altogether from the public square. Neither does it prohibit faith communities from commenting on moral and social issues that affect their members.”

In other words, secularism should not de-legitimise purely faith-based religious arguments or frameworks in the public conversation. It merely ensures that no individual group (religious or otherwise) enjoys a privileged position. All viewpoints are free to compete in a ‘marketplace of ideas’.

This position is very similar to Professor Thio Li-Ann’s well-publicised opposition to “liberal, militant secularism, which seeks to exclude all religiously influenced views from law and public policy debate.”

Such secularism is not only ‘undemocratic’ but also detrimental to ‘viewpoint diversity’ because religious or non-religious perspectives have a right to participate in public debate. (Likewise, the Catholic Church of Singapore states: “A secular society does not mean that religion has no place, or that religion cannot inform public discourse.”)

This is contentious, but it becomes even more so when we get into the details. If religion does belong in the public sphere, then what are the boundaries governing faith-based public involvement?

Some writers, like Dr Thomas, argue that religious perspectives have their place in the public conversation, but civil servants/bureaucrats have no right to espouse their beliefs on ‘the public’s time or dime’.

Others, like Dr Roland Chia, advocate for something more aggressive.

In ‘Normalizing Homosexuality: How Should Christians Respond?’ (Nov 2018), he calls on Christian civil servants to take action and “try to prevent the promotion of radical views on sexuality or the gay lifestyle. This includes, for example, granting licenses to operate explicitly gay bars or clubs or to organise big public events that promote the LGBT cause.”

In a similar vein, they should also “try to prevent the publication of materials for public consumption if there is cause to believe that they are either based on dubious science or promoting liberal theories about sexuality.”

Christian politicians, in a similar vein, have an essential role to play in “preventing the normalisation of homosexuality”. Though they operate in a secular environment, Dr Chia states that, “Christian politicians must have the courage to make such arguments even in the face of domestic pressures and global trends.”

The apocalyptic alternative, as many Ethos Institute articles suggest, is a sort of ‘secular hegemony’ where religious beliefs are wrongfully purged from the public sphere. As a consequence, religion would be tolerated ‘only as a private hobby’ and thus given no credence in those all-important public debates on law and public policy.

Such a form of secularism would be ‘undemocratic’, ‘intolerant’ and downright ‘tyrannical’. Such a secular space is not ‘neutral’, but discriminatory against believers.

Unfortunately, this is also what many—myself included—understand by the word ‘secularism’.

After all, Christian notions of morality, especially with regards to sexuality, bioethics or ‘social order’, are not my morals. And I regard it as ridiculous if biblical ideas about sexuality make their way into a policy debate and are given equal weight as, say, the scientific consensus.

Traditionally, this so-called ‘Militant Secularism’ is also the secularism of Singapore’s nation-state. Professor Kumar Ramakrishnan of the S. Rajaratnam School Of International Studies (RSIS, Head Of National Security Studies, Head Policy Studies) calls it ‘muscular secularism’ because the state intervenes often and vigorously to keep religion out of the public domain—especially when it threatens to undermine religious harmony.

The examples he cites include a crackdown against aggressive Christian proselytising in hospitals (in the 1980s) and the Muslim Identity project, a state-funded campaign to ‘immunise’ Muslims against extremist views (in the 2000s).

‘Muscular secularism’ is best encapsulated by former Deputy Prime Minister Mr. Wong Kan Seng’s statement that religious groups should “not campaign to change certain government policies, or use the pulpit to mobilize their followers to pressure the government, or push aggressively to gain ground against at the expense of other groups…” because “laws and policies do not derive from religious authority, but reflect the judgements and decisions of the secular government and parliament to serve national interests and the collective good”.

Such a policy is naturally opposed to those who believe that ‘collective good’ and Christian morality are inseparable to begin with. It allows religious perspectives to be spoken, but it does not accord them any value in matters of state.

If religion should overstep its boundaries and cross into ‘politics’, then the state is empowered to prosecute under the Maintenance Of Religious Harmony Act.

This is the fundamental rift in Singapore right now: two separate and conflicting versions of ‘secularism’.

One side maintains that religious views should not be given any weight in government policy.

The other side argues that religious values and views do belong in the public sphere, and have a fundamental right to influence public policy, because hey, aren’t Pink Dot and AWARE doing the same? (albeit with non-religious arguments).

The implications of either version are, needless to say, monumental.

On the one hand, if religion enters the public sphere, how do we then judge the ‘cogency’ and ‘value’ of religious perspectives? What frameworks would a secular society use? Utilitarianism? Pragmatism?

On the other hand, it is also unrealistic to ask a deeply pious person to serve the ‘collective good’ in a secular fashion when their very notions of ‘good’ are derived from their beliefs.

And if we adopt the secularism that Ethos Institute and others advocate for, how do we safeguard the rights of sexual minorities or the non-Christian majority? It would, somewhat ironically, turn into a Darwinian survival of the fittest where the loudest and most well-organised might triumph.

How would we also level the playing field between religious and non-religious arguments? The current system only has a Sedition Act which curtails criticism of religion under threat of arrest.

Meanwhile, secular ideas do not enjoy the same degree of privilege and protection.

Thus far, our government has more or less evaded the issue by keeping things iffy and looking at things on a case-by-case basis. (Adam Lambert okay, Watain no, Sasha Grey yes, Lou Engle maybe?) This is not necessarily bad, but it’s definitely unsustainable in the long run as Singaporeans become more critical and knowledgeable. Appeals to a vague, totemic secularism won’t help much if we can’t even agree on what secularism even means.

I suggest that parliament debate this and clarify the boundaries of our secular society. It might be politically painful, but if ‘social order’ and ‘harmony’ is what we’re aiming for, a contentious debate would not just be helpful but necessary.

*NCCS responded to our request for comment with the statement: The views expressed by the writers of articles and publications for ETHOS do not necessarily represent the position of NCCS and her member churches.
Have something to say? Write to us at community@ricemedia.co 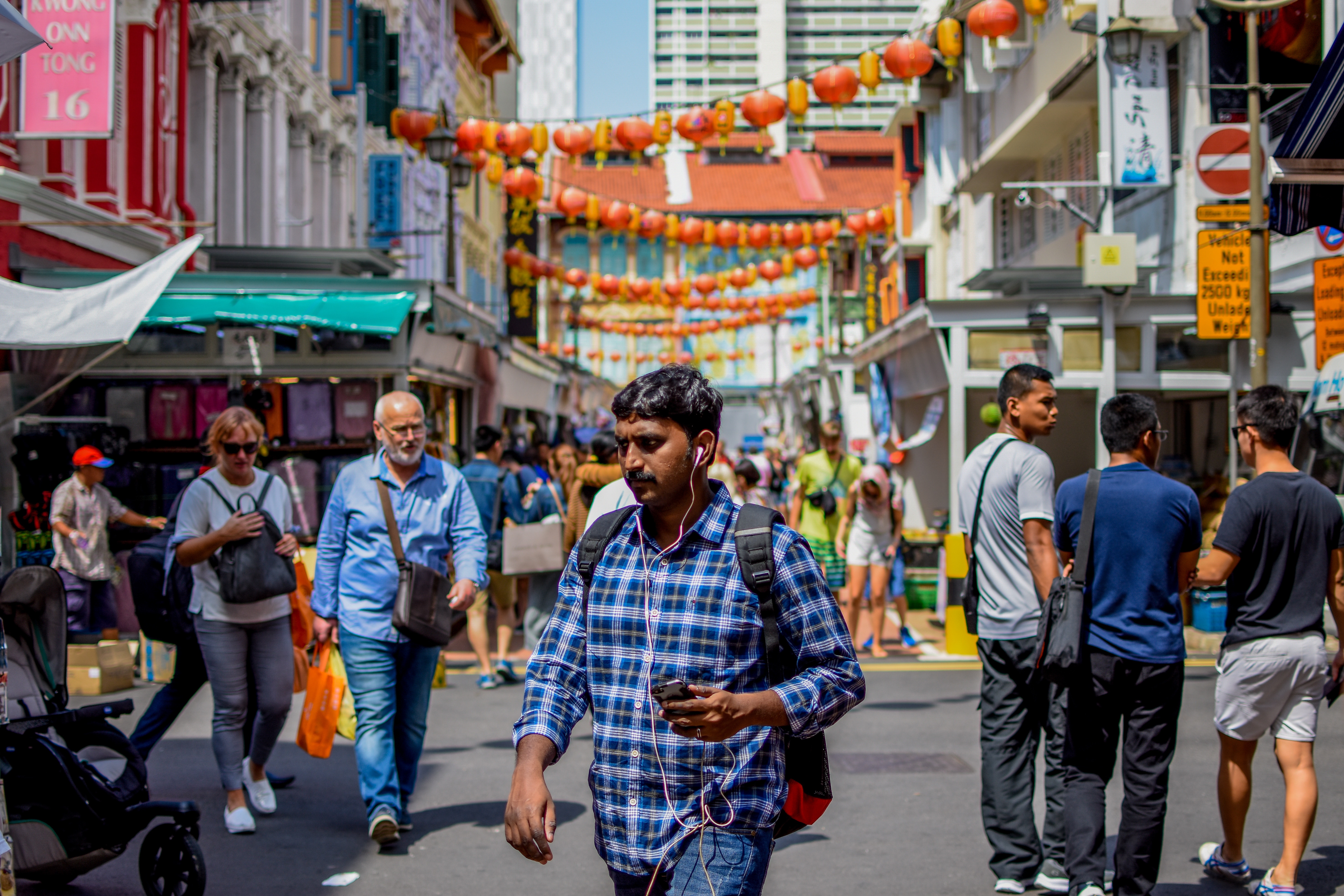