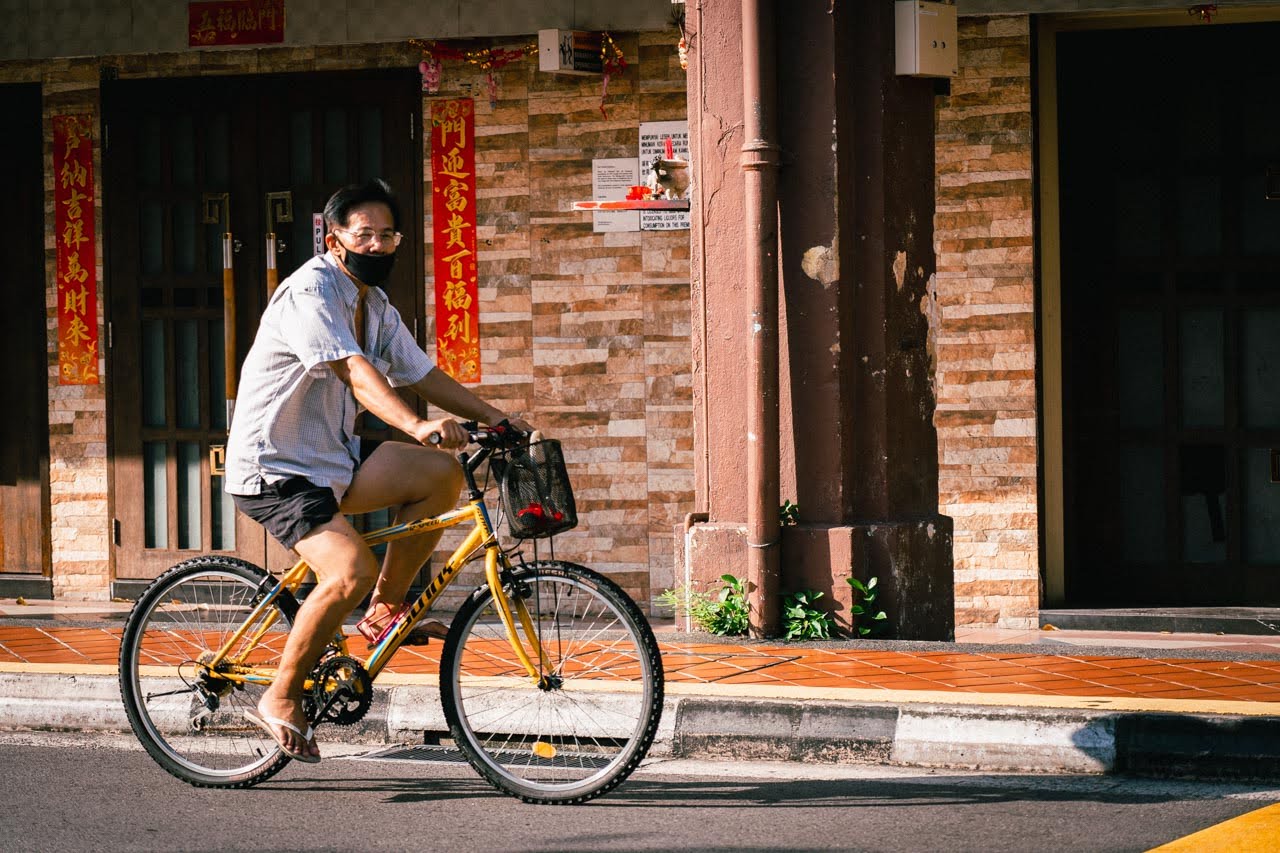 “I’ve read every single LKY book,” Lenneth tells me proudly. Lamenting Singapore’s political culture today, he says, “Now, nobody can fight. There’s not a single one who’s close to his calibre.”

Lenneth Sim, 57, is an IT industry veteran. He has neither a wife nor kids, though he does live with a very noisy Pomeranian.

Since he was young, Lenneth has always made an effort to keep up with politics. His friends are a diverse group: some are pro-establishment, some are anti-establishment, but he admits that he’s definitely one of the more vocal ones within his circles.

For Lenneth, the number one thing he wants from the government is stability.

“With stability, other things can be considered,” he declares.

Like Lenneth, Kah Seng is also a big LKY fan and very concerned about the stability of Singapore, especially our economic stability. He’s not an active follower of politics—in fact, he didn’t even know which constituency he belonged to when I asked him—but he is extremely worried about the future.

“I want my kids to have a good life,” he says. “I don’t take the success of Singapore for granted. Things will not be like this all the time.”

Kah Seng, 56, is married with three children, the oldest of which is 22 this year. He paints a picture of Singapore as a small, vulnerable country. We are like a tiny piece of coal, he explains. If you take us out of the fire, we are so small that our flame will burn out incredibly fast. We can’t afford even the slightest mistake.

His voice is tight, frustration underlining his words. I get the feeling that this is one of the few times in which he really gets to pour out his anxieties so openly.

“I am worried. I am very worried.”

Five years ago, Lenneth had to take care of a cancer-stricken sister who was in the final stages of her life, a 90 year old mother who was immobile and severely senile, and a 15 year old dog who could not even walk.

“I got these three sick baobei at home,” Lenneth shares, “and I lost my job because of that.”

At an all time low, Lenneth wrote in to Tan Chuan Jin, who wasn’t even the MP for his constituency.

“He responded at 3 AM that same night and they sent somebody over the next morning.”

Tan Chuan Jin had found his case urgent enough to flag it to his team.

This was just one incident that solidified Lenneth’s trust in the establishment. Aside from seeing how government policies had brought Singapore stability over the years, he also learned firsthand that he, an individual Singaporean, mattered.

“They do chip in to help. They are not that bad.”

Kah Seng, too, was impressed with several government initiatives. He believes that the government does a lot for Singapore, but most of it goes unnoticed.

“I bought a tablet for my dad. Because he’s retired, he’s at home, nothing to do. But I realised he didn’t know how to use it and I tried to teach him, but I don’t know how to teach,” Kah Seng shares. “So I start to search around, and I realise that there are lots and lots of schemes where people are teaching this. You go to community centre, ITE, whatever. Lots and lots of things there to help people to catch up.”

But Lenneth and Kah Seng are not rabid pro-establishment supporters. They’ve assessed the realities for themselves and acknowledge that the government isn’t perfect.

There’s no solution that will satisfy everyone, Kah Seng clarifies. For instance, he thinks that more can be done for the environment, to create a better future for his kids. He also wasn’t completely happy with how the Covid-19 situation has been handled.

Lenneth, too, believes that we should make more concerted efforts to cultivate a culture of graciousness. Additionally, he’s also upset with the sudden PMD ban, because it makes things difficult for people like him who can’t drive.

But, in spite of all that, they believe that the incumbent party has done a very decent job so far. And, most importantly, they will bring the most stability, something we desperately need in a pandemic-stricken world.

Both Lenneth and Kah Seng are incredibly anxious about the ripple effects of Covid-19, especially on our economy.

He warns of a snowballing effect in which Covid-19 will accelerate the economic downturn. He’s also clearly anxious about everything that’s happening in the US and China, because all of that will affect us as well.

“I don’t see that any other party can see us through right now,” Lenneth says, when I ask him about the Covid-19 crisis. “With this current government in charge, I do foresee that we will be among the first to walk out of this Covid.”

However, Lenneth thinks that there is a very real chance that the opposition will win more constituencies, based on what he hears from his friends.

“If this gains ground, that we need some opposition voices, and everyone follows that particular advice, then there will come a freak election.”

Kah Seng, on the other hand, is not so worried about the incumbent party losing seats. However, he is concerned about “politicians who go in and waste everyone’s time”.

To him, having politicians who have both the capability and heart to serve is the most important thing.

Lenneth adds that he wants politicians who can come up with tangible solutions that help move Singapore forward.

Spend enough time in certain echo chambers, and you realise that the stereotypical idea of a pro-establishment supporter is a boomer who lives in a condo with a wife and two kids and blindly approves of everything the government does. Either that, or they’re just another face in the silent majority, coasting along each wave of elections without paying attention to much else other than their GST vouchers.

Speaking to Lenneth and Kah Seng taught me that this isn’t always true.

Pro-establishment supporters still support the dominant party, yes, but they have legitimate reasons for doing so that they’ve thought deeply about. And yes, there are still things they are unhappy with.

“But I’m not unhappy enough to vote them out,” Kah Seng summarises.

That’s the crux of why they support the PAP. It’s not just that the government’s performance is decent—not an A++, but at least a very safe B—it’s also because anything else that might rock the boat presents too much of a risk. They’re simply not unhappy enough to take that risk.

More than anything, they are afraid. They are worried, anxious citizens who are afraid of what’s to come for Singapore in the wake of Covid-19, a home that they’ve internalised as small, vulnerable, and resource-scarce.

And why are their worries invalid?

Just as each Singaporean has their own concerns, Lenneth and Kah Seng’s are rooted in narratives of pragmatism and stability. In the end, they just want the best for themselves, for their families, and for Singapore.