DPM Tharman: The PAP’s Last Chance to Save Itself 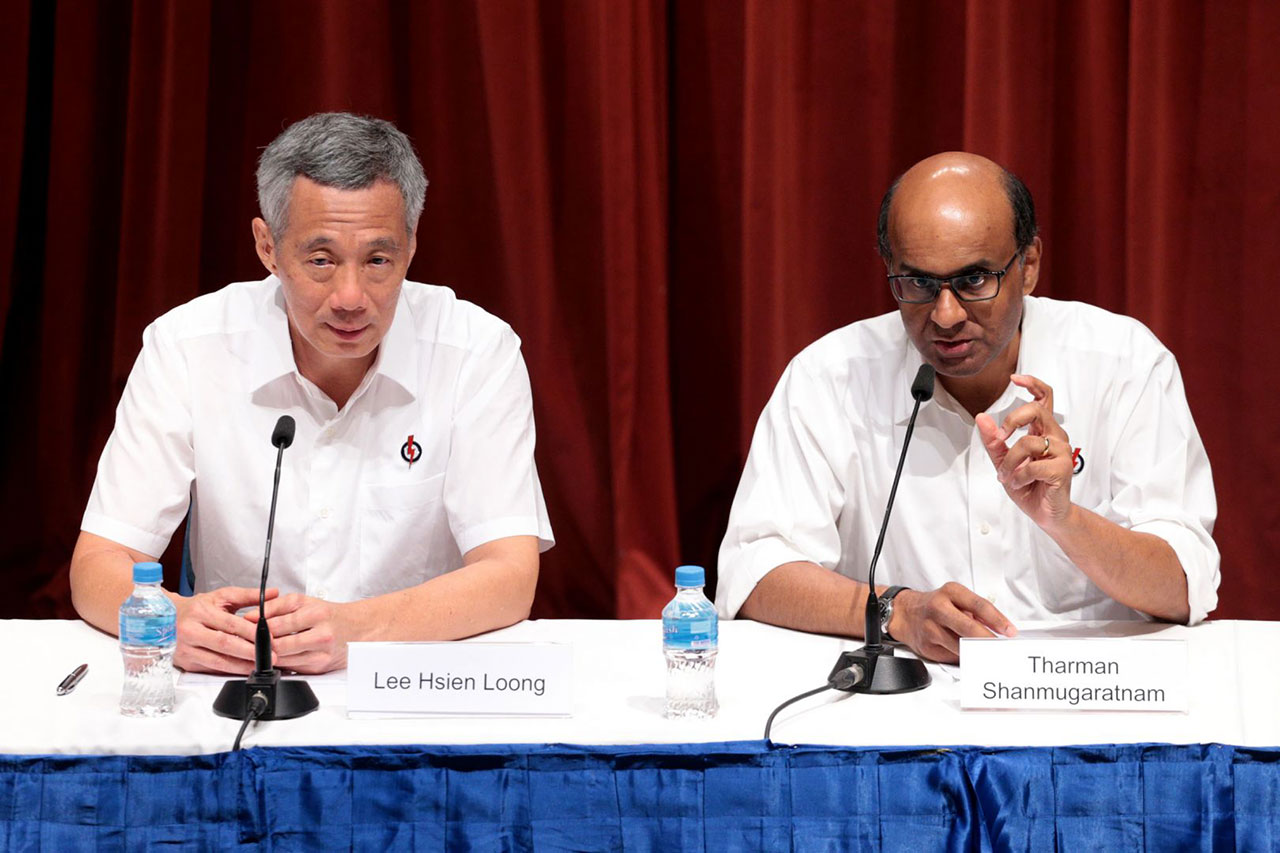 At yesterday’s inaugural Majulah Lecture at Nanyang Technological University, the spotlight shone not only on the intellect of DPM Tharman Shanmugaratnam, but also on the hypocrisy of the need for a Reserved Presidential Election.

Mr Tharman chose to reason with the audience with logic and empathy, even as the questions asked were largely off-topic in relation to his speech entitled, “How Education Shifts Will Make Our Future”.

As compared to Law minister K Shanmugam, who used facts and figures to dispel doubters two weeks ago at an Institute of Policy Studies forum, Mr Tharman was less domineering and defensive, yet no less compelling.

He even acknowledged that he would have preferred a contest, making him the first minister to publicly say so.

“It doesn’t mean I agree with every tactic by every one of my colleagues,” he said, before adding that despite criticism, the PAP continues to be defined by its insistence on character, honesty and being true to Singaporeans.

At this point, it’s easy to cast doubt on his sympathetic comments, dismissing them as a mere placatory lollipop by the government to pacify disgruntled Singaporeans.

But you also get the sense that Mr Tharman is still the best team player you would want to field on your side. He’s the PAP’s last hope.

In a 2013 interview with The Straits Times, he famously said, “I don’t have a number in my mind but we have to accept that part of a healthy political system is one with a decent opposition presence in Parliament and outside, and a responsible opposition will, I think, be able to contribute to Singapore.”

And let’s not forget the brilliant “trampoline” metaphor he employed at the prestigious St Gallen Symposium to shut down BBC journalist Stephen Sackur’s suggestion about the lack of a safety net in Singapore to help those who have fallen between the cracks:

In a country that has become increasingly politically split, Mr Tharman remains a bastion of Singaporean pragmatism and political conscience. While to most Singaporeans, the men and women in white exude elitism and unconcern, Mr Tharman remains in a league of his own – a Jedi master harnessing balance between executing national policies and appeasing the people.

He has even endeared himself to the Opposition.

Appointing Mr Tharman as PM Lee’s successor would thus have been the PAP’s ace of spades to turn around rising anti-establishment sentiment.

People love him, even more so than the king of political social media. His Jurong GRC team garnered the highest vote in the 2015 General Elections (79.28 per cent), outperforming the prime minister in his own ward.

More importantly, most people want him to be the next PM. A Yahoo Singapore survey in which he garnered 69 per cent of 987 votes says so.

Too bad for us though, a PM Tharman will most likely remain a fantasy, since the man himself does not think he is the right fit for the job. “I’m good at policymaking, I’m good at advising my younger colleagues, and at supporting the PM – not at being the PM. That’s not me,” he said in response to speculation last year.

In other words, “I will be a team player wherever the PM needs me.”

Yet while there is no better man for the job of Coordinating Minister for Social and Economic Policies, or no better person to reassure and inspire Singaporeans whenever circumstances call for it, it may no longer be up to him to accept that he is merely another pawn in the ruling party’s pocket.

After all, we know that he can do much more than just selling the national economic strategy to a population scarred by recent political events and wary of a looming economic downturn.

The truth is, many want to see Tharman Shanmugaratnam as prime minister. This is a sentiment that transcends race and religion. It is a national aspiration.

So perhaps, the government needs to reconsider the role that Mr Tharman can play to unify the country. And they need to do it before the next General Elections that’s set to happen in a couple of years.

Given everything that’s happened this year, it appears that nothing less than Mr Tharman for Prime Minister will quell the rising tides of dissent.

No longer can or should he be deployed as the peacemaker whenever things occasionally go south.

We want Mr Tharman to be the striker and goal-scorer on the football team, not just a midfielder who provides the assists.

But if the government continues to pick Mr Tharman’s brain while deploying him as the occasional peacemaker when things go south, the smokescreen will be exposed soon enough.

Considering today’s tumultuous political climate, we would be hard to appease. But the key lies in Mr Tharman. 6 Years Ago, He Left Islam for the Streets