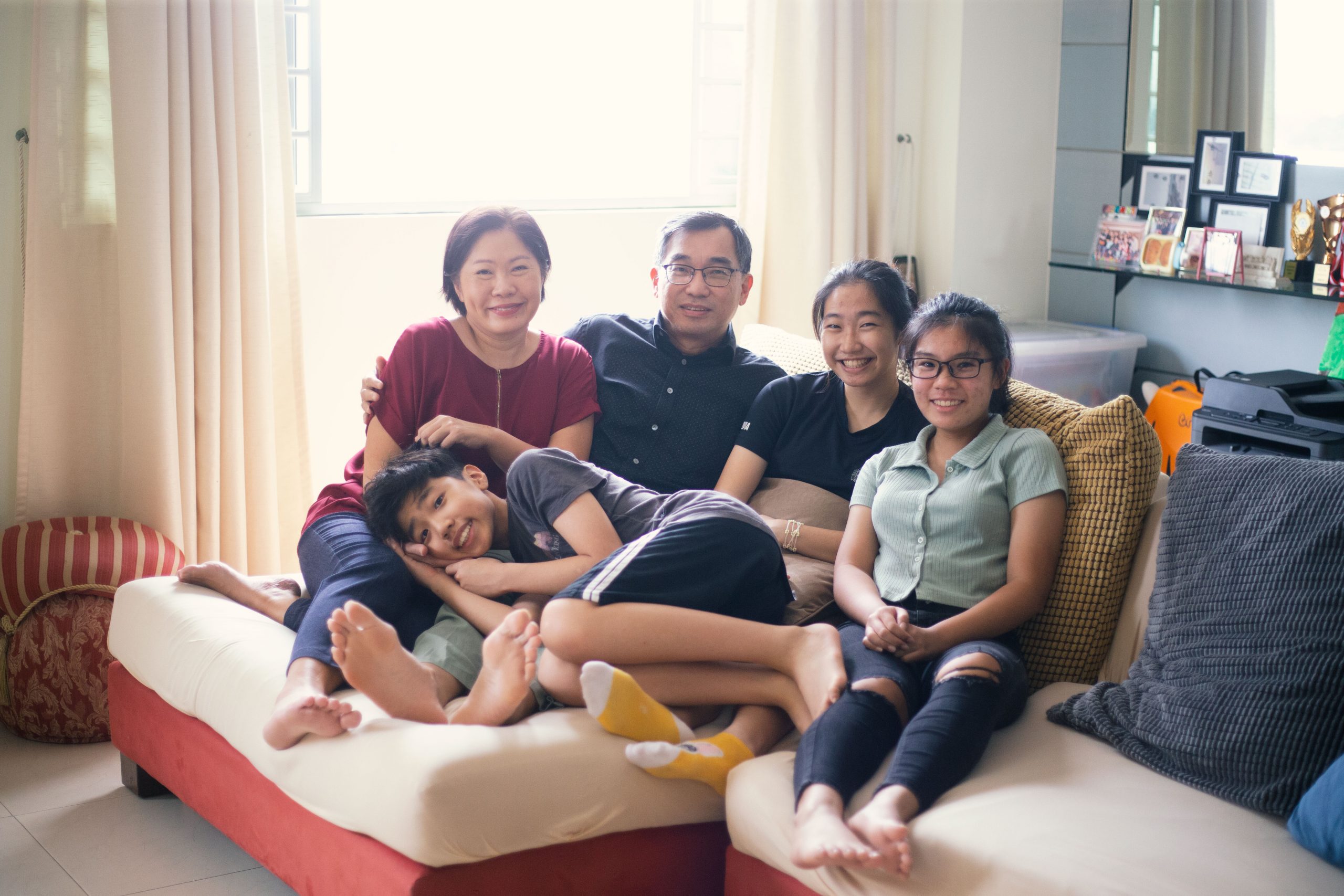 In June, it was announced that Singapore had its slowest decade of population growth since 1970. The statistics published show that there are more singles in all age groups, especially in younger demographics. Couples are also getting married later, having children later, and having fewer children on average. There is also an increase in single-parent households.

As younger generations are holding off marriage and childbirth, we are seeing falling birth rates. But do these necessarily have to come hand-in-hand? If we want to increase birth rates, have we looked at the needs of new parents?

Currently, there are more Singaporean couples than ever looking for alternative means to conceive. This may be because they are facing fertility issues or even because they want to parent alone. But fertility treatments are not accessible to all—egg freezing, a technology used by women wanting to preserve their eggs, is banned unless under medical grounds.

Single women also can’t receive IVF treatment or get pregnant from a sperm donor, and surrogacy is banned for all couples and individuals.

Adding to the inaccessibility of these treatments, they also have relatively low success rates. So where do parents go once they have exhausted their options? One avenue many explore is adoption. It is not only open to most individuals and couples (single parents, foreign parents, infertile couples and ageing couples alike can adopt), but it also provides couples with a higher chance at securing a child.

A Ministry of Social and Family Development (MSF) spokesperson said that because of a “global decline in the number of children available for adoption,” there “has been a general decline in the annual number of adoption applications since the early 2000s.”

But at the same time, Singapore saw the highest number of adoptions of the last decade in 2018 and 2019. This could be partly due to more couples suffering from fertility problems and adoption becoming normalised.

Ms Teo Seok Bee, Deputy Director of TOUCH Integrated Family Group, said that parents who had faced fertility issues are “one of the biggest groups of prospective adopters.”

Teo also added that “most people who adopt tend to be in their late 30s or 40s” because they often leave time aside first to explore fertility treatments or alternate options. That said, there are still some “who would adopt at a younger age either because they were already aware of their difficulties to conceive or wish to adopt out of a sense of altruism.”

Like an increasing number of Singaporeans, 48-year-old Serena Yogalingam got married in her 40s. She was well aware of her slim chances at conceiving, something her doctors reminded her of as well. With her husband, Vinod Nair, they agreed that adoption was an option they could consider. After one miscarriage, they went on to adopt their daughter Verina.

“We managed to conceive naturally once, but after having a miscarriage, we knew getting pregnant again naturally would require a miracle,” Serena said. “We were not prepared to take the risk or let more time pass. We considered IVF but it was just as pricey as adoption and it didn’t guarantee us a child. So that’s how we got to where we are now.”

While egg freezing was also suggested to Serena, she and Vinod preferred to channel their funds towards the option with the highest chances of having a child, which was adoption.

Similarly, 55-year-old Arthur Ling and his wife Chee Siah Chang were told by doctors that they only had a “1% chance” when they first started trying to conceive in the early 2000s.

“We didn’t want to try intrusive treatments, so at first we decided that we wouldn’t have kids,” Arthur recalled. “But this changed when I saw my good friend go through the adoption process himself. While we were happy with just the two of us, the moment he gave us the resources to try to adopt for ourselves, we couldn’t say no.”

While parents with different needs are increasingly considering adoption, it remains a taboo topic. Vinod told me that he has often been criticised for his choice—he has been told that he was too old to adopt, that he should have tried harder to have a natural pregnancy with Serena first, and even that they should have married earlier so they could have conceived naturally.

“I ignore these comments,” he said. “Adoption is a beautiful thing and Verina has blessed our lives in so many ways.”

In the past, single parenting was often stigmatized as an ‘unfortunate’ or ‘undesirable’ circumstance to fall into. Today, however, more young singles are choosing this path for themselves.

Corinne, a PR who has lived in Singapore for over 13 years, adopted her Singaporean daughter Ella at the age of 33 after deciding she wanted to be a single mother.

“I didn’t have a partner at the time, and I didn’t want my relationship status to impact whether I was going to be a parent or not,” Corinne said. She explained that she didn’t consider treatments like IVF or finding a sperm donor as she always knew adoption was the route she would take if she were to parent alone.

While Corinne did end up getting married after adopting Ella, she represents the growing trend of older singles in Singapore who sometimes decide to parent regardless of whether they get married or not.

“The only frustration I had is that the subsidy for being a new parent was not available to me because I was a single mum,” she explained. “I do hope that one day, grants are given to all new parents, as it would definitely incentivise more individuals who want to parent to do so.”

Corinne was referring to the ‘Baby Bonus Cash Gift’ of up to $10,000 per child that is not given to single parents. But as more singles are considering parenting, not all may have equal resources to do so, especially when adopting locally or seeking treatments abroad can add up to large sums of money.

Given all these challenges, adoption isn’t always a straightforward process. It can, however, be an extremely enriching one. To get a deeper understanding of this, 3 adoptive parents shared with us their experience building their families. These are their journeys.

Before we started with the adoption process, there was a lot of introspective reflection we had to do.

One of the initial challenges we faced was asking ourselves whether we could really take on a child as our own and love her equally. Personally, no matter how much I thought of it, there was no way I could know until I took the leap. Throughout the adoption process, I saw our perspective change—we went from thinking whether we could take a child in, to wondering whether we would be good for the child and if we were what she needed. And when Olivia joined us, it never crossed our minds that we could see her as anything other than our own.

Knowing that she was adopted, we needed to be prepared for when she would start trying to make sense of her journey.  Even if we told her that she was adopted since young, she did go through challenging periods throughout her adolescence. As she matured and learned more about her adoption, she went through multiple emotional meltdowns which were difficult for us to manage. Seeing her go through that made us reflect on our parenting style, and when we learned how to really look at her needs, everything changed drastically.

One thing I have learned is that adopting to give a child a family is a great reason to do it, but it often comes with a very idealistic picture in your mind. Adoption is a beautiful thing, but there will be hurdles and challenges along the way.

For me, I’ve always seen it as a win-win. I have a chance to be a parent, and there’s a kid out there who needs a family, so why not?

When we got married in 2016, we weren’t exactly the youngest parents. We knew we wanted to start a family, so we tried to conceive. After one miscarriage, we shifted our energy into adopting instead.

My mother and others around me told me to keep trying to get pregnant before deciding on adoption. While I think this is common to hear from older generations, it didn’t change the fact that they all opened up to the idea eventually.

Soon, our agent found us a baby who was only a few weeks old and she stole our hearts that very minute.

Being a first-time parent was tough—on top of learning how to change a diaper and how to manage a crying baby, we also had to figure out how to teach our child about her adoption in an age-appropriate way.  We started by teaching her concepts like tummy mummy and for-life mummy, and now I’m also making her a scrapbook that tells her life story, starting from her birth, her adoption, and other major events. I try to work on this together with her as much as possible.

It’s been hard to hear how many misconceptions people have about adoption. But rather than take it personally, I take it as an opportunity to educate others. For example, I had a friend who would ask about Verina’s ‘real mother,’ but her real mother is me (birth mother is the preferred term).

Ultimately, there’s no better or worse way to become a parent. I hope people don’t see adoption as a ‘lesser than’ choice, as I have seen firsthand how touching this journey is.

When I first wanted to adopt, it was quite a process to find all the necessary resources to get started with the paperwork. Eventually, I got my documentation together and found a baby who was 7 days old. I was so lucky.

In between then and when my final adoption order came through, which was when Ella was 7 months old, there was a lot of worrying that things wouldn’t work out.

One aspect of the adoption process that has stuck with me is the home study. It’s fantastic and I think every parent should go through it. It gets you to reflect on your upbringing and your background. It asks questions about what you learned from your father, mother, and even your grandparents. They are things all parents should think about because they really help you unpack how you have been influenced by the people around you before you become a parent yourself.

Overall, the adoption journey is not a simple route into parenthood and there are many dark nights of worry before the process is finalised. Especially for a single adoptive parent, having support around you is essential. You need to have people who you can rely on 100%. On top of that, as an adoptive parent, you have a responsibility to ensure that your child knows that they are adopted and how your family came to be. Sometimes it’s difficult to get that right, but it helps that I am incredibly proud of our story.