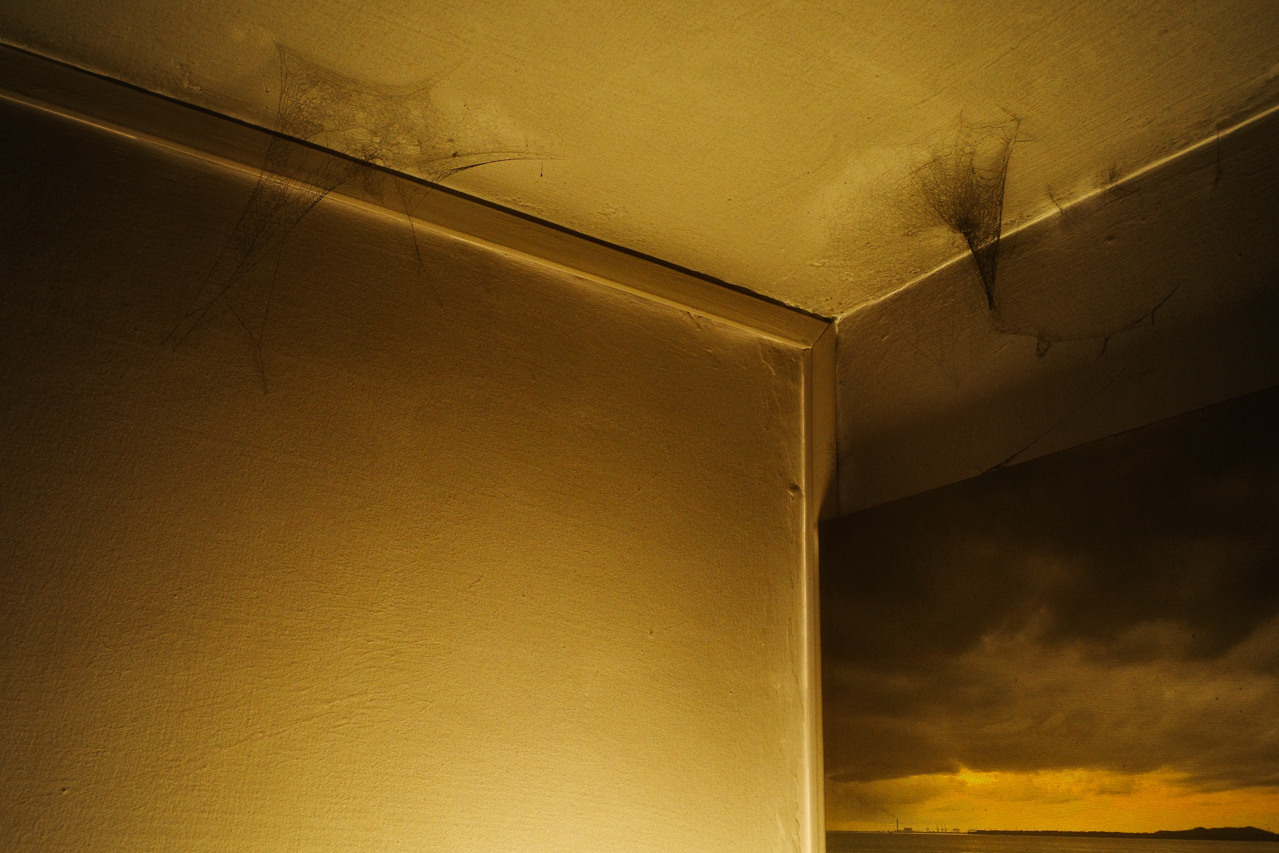 All images by the author. Freelance photographer Rueven Tan lives in the same block as the Bedok flat that was ravaged by a deadly fire on May 13.

It was six in the morning and I was still in bed. My eyes opened to the screams of children. I stumbled over to my front door where someone was knocking—it was my neighbours, Ping Peng and his younger brother.

Still half-asleep, I slowly made sense of what they were shouting. They were asking us to quickly evacuate the house—a unit on the fourth floor was on fire. I turned back to my kitchen window where I saw a cloud of black smoke gushing past me.

Neighbours started pouring into the corridor, making their way to the void deck. I turned back and ran to wake my mother up. Slowly, I helped her get out of bed and offered her an arm of support as we made our way to the staircase. Her disability made it hard for us to run.

A man, noticing me struggling to make my way down with my mother, ran towards us and carried her down to the void deck. He did the same with a few other elderly individuals. I later found out he was a resident of the block across from ours. When he was leaving for work that morning, he noticed the fire from the flats across him and ran over to help.

He could have chosen to go to work that morning, but I’m grateful he didn’t.

I looked up from the ground floor and froze as black smoke poured out of the fourth-floor window. I kept waiting for it to stop, as if it were a stream of water that would eventually end, but it never did.

I wanted to run up to help, but my body wouldn’t move.

Just the day before, friends were telling me that things were looking hopeful. As a freelance photographer, restrictions easing meant new work opportunities.

Waves of worry would abduct my mind as I thought about my hard drive upstairs, and whether my archive of photos was in jeopardy.

Still, before the anxiety could take over my body, a sense of guilt would replace it and drag me back to reality—how could I be worried about my job when an impending crisis stands before me?

Today, I can’t walk past the burned unit without thinking of my neighbour who passed away in this tragedy.

The flowers we tended to have bloomed and now, burned. My mum and I take care of the few remaining saplings like sick patients in a hospital. We repotted them, watered them, moved them closer to the sunbeams. Still, many have turned to ashes.

We have been staying at our brother’s house in the wake of the fire. Every few days, we come back home to get extra clothes and every time we walk through the hallways of our block, the same cold feeling comes creeping in.

Sometimes we try to talk about it and work through our memories together. But it’s easier to sit in silence.

We have started cleaning our flat and trying to remove the layer of soot on most of our belongings. My hard drive was covered in thick black residue, but a friend that came over to run a diagnostic of the hardware said my files remain untouched.

The walls remained black. We wiped and wiped but the sediment refused to budge. Slowly, our house turned from black to grey, but there is still no sign of the white walls we’ve come to associate with home.

We used to not be able to see the cobwebs on our ceilings. Now, covered in a hue of gray, they stand out. I wonder how I’ve never noticed them before. I start to look for the spiders that made these webs. Did they survive?

When we finally moved back home, I sat in my study for hours, motionless, surrounded by the stench of smoke that still lingers heavily in the air.

While I want to tell myself this is the last of it, there’s a ruminating fear that this could easily happen again in my lifetime. I must always be prepared.

I’ve been buying fire extinguishers and insurance for my house, gone through my electrical appliances to make sure they are in tip-top condition, and I’ve started diligently backing up my data.

I was raised in a society that has taught me not to burden others with my problems, but I am no hero. My mother’s vulnerability has become more apparent than ever. But maybe what I’ve struggled to grapple with more is my own susceptibilities.

While daunting, I would be lying if I said there was no silver lining in this tragedy. The neighbours I’ve never spoken to before to have started sharing their stories with me and telling me how they feel. The neighbours I am familiar with have now become another shoulder to lean on. Like I said, silver lining.