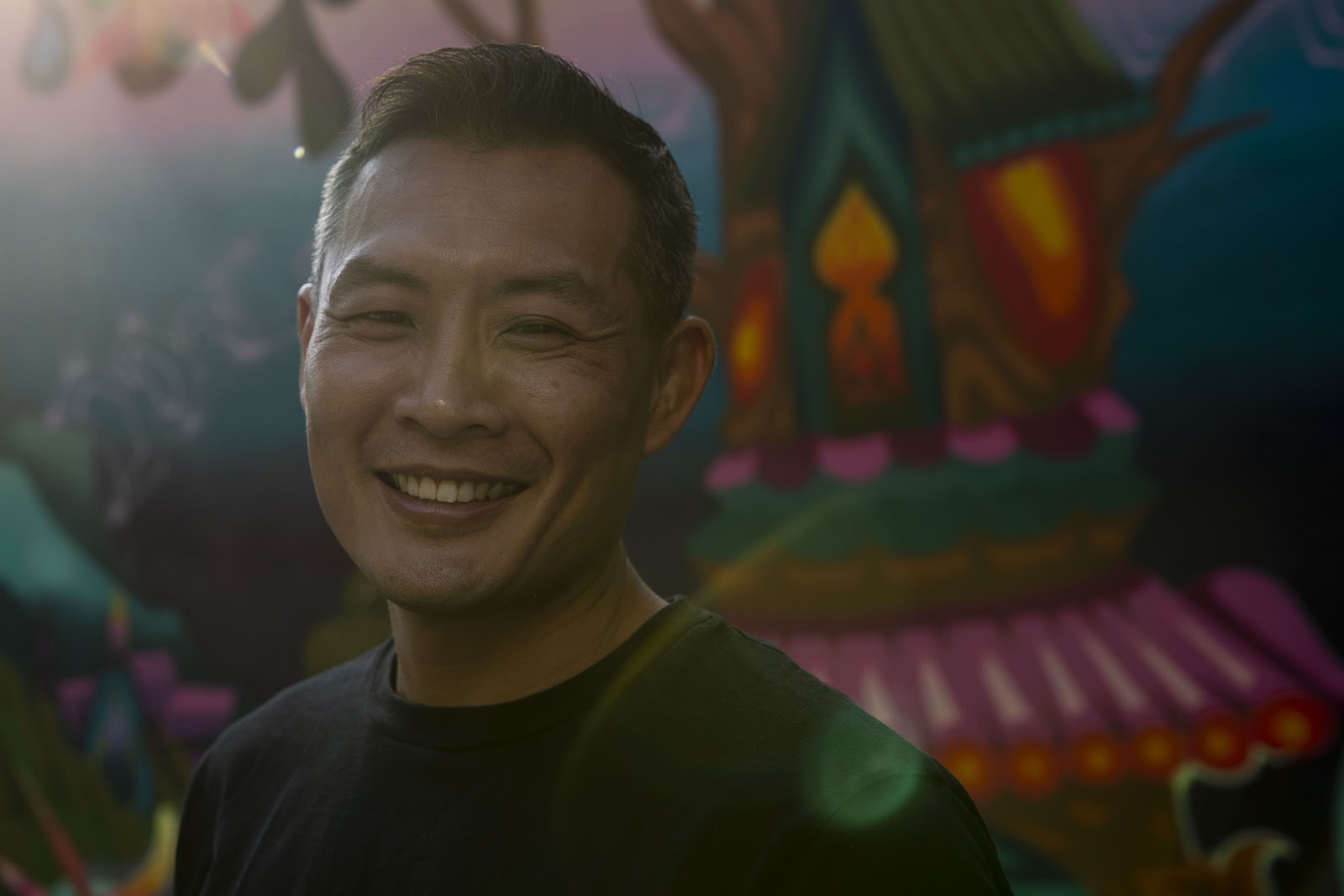 Mr David Chua, CEO of National Youth Council (NYC), thinks he’s far from perfect. “I don’t always know if I’m making the best decisions. But I suppose that’s life, isn’t it? Like most people, I’m figuring things out as I grow.”

It’s likely that you’ve chanced upon NYC and the work it does in some form. But for those not in the know, it was set up back in 1989 as the national coordinating body for youth affairs with the ardent goal of developing future-ready youths committed to shaping a better nation.

Future-ready youth I may be, I was caught off guard by the man’s raw display of vulnerability. It’s a touch of humanity that’s often unseen in typically stoic government leaders—not just in Singapore but across the globe.

Higher-ups have the tendency to appear robotic, as though programmed to respond only through scripted answers. Even moments that are off the record seem staged at times.

Decked in a plain casual tee, jeans and sneakers, David lacked the formality that comes with most leaders. Neither was he perfectly polished and rehearsed in any way. In fact, the 47-year-old apologised immediately for running late to our meeting.

Just as we were about to begin, he admitted softly, whilst holding onto a cup of hot tea: “Aiyo, so formal ah. I don’t know if I’m ready for the interview.”

Same, I remember thinking to myself.

More than just a CEO: Vulnerable leader, ex-military man and father of four.

Admittedly, I knew almost nothing about David before working on this story. I was told that he’s “cool” and “interesting,” but that was it. Naturally, I turned to the next reliable (and millennial) solution: social media.

Take a quick scroll through David’s Instagram and you’d likely see why he’s well-suited for a role in NYC. He engages in sporty activities like running, kayaking, and rock climbing—most of which are commonly associated with youths. I can’t help but notice other compelling posts; particularly memes of himself and wholesome family photos.

Still, I wanted a glimpse into David’s personality beyond his grid. What is he like as a leader? Who is he really, when the lofty title of CEO is cast aside?

I asked then, how he manages to keep up with youth trends. He simply shrugged and cited a time when his daughter pulled him to try “some TikTok thing.”

The way I see it, he had two choices: To dismiss TikTok as just another silly app—or to say yes, even if that meant making a fool of himself. He picked the latter.

“It was fun, even though I didn’t know what I was doing.”

Rather than shunning the unknown, he keeps an open mind in trying new things.

Asked to describe himself as a teen, his answer was simple: “I was driven and competitive, especially in sports. I collected badges as a scout and played in the rugby team.”

“Looking back though, I was highly ignorant about larger social issues. And I was definitely no changemaker.”

Immediately, this elicited laughter in the room. Like me, his colleagues were intrigued by this earnest confession. Shouldn’t the CEO of NYC, by default, have been a passionate changemaker since young?

But his point was clear: No one is perfect, not even someone of his current status.

He explained: “Back then, there were no green or environmental groups. We were mostly enclosed in our school bubbles. My first encounter with e-mail was in 1993 when I was 19-years-old.”

David confessed that the notion of leadership didn’t come naturally to him. In fact, the desire to lead only surfaced after he started observing others in secondary school.

“I looked up to senior scouts and thought: Man, I want to be like that person too.”

And then it hit me: Not everyone is a born leader. People think leadership is innate, but leadership is a skill that can be built through practice. The only difference is that some of us never come close to uncovering that potential.

As CEO of NYC, David is acutely aware of some missed opportunities that his children are choosing to forgo. “I’m very clear of what they don’t know—youth events and groups that they are not involved in, for example. Many youths are like them.”

But as a father of four, he’s simultaneously exposed to the reality of youths. It’s clear that his role as a dad presents valuable insights into his line of work.

He knows, for instance, that there are simply not enough hours in a day for youths to come close to doing everything perfectly.

“Our education system can be very stressful. Naturally, this limits the mind space of youths. Being a dad, I’ve learned to suspend judgement. And hopefully, I’ve become more patient too.”

Sit Down, Be Humble.

Much of what bothers youths can be puzzling and hard to solve. This issue is compounded when a generational gap comes into picture. As a leader, David is confronted with similar roadblocks that stand between him and youths today.

“Sometimes, I don’t know if my advice is even relevant.”

Certainty and conviction are qualities that we often associate with strong leaders, but this self-awareness pushes him to ask more questions—better questions—creating room for new possibilities to emerge.

Since his appointment as CEO in 2015, David began racking his brains to ramp up opportunities that would enable youths to thrive. These include programmes like the Youth Action Challenge, which encourage youths to take action, or the Asia-Ready Exposure Programme, designed for youths to gain social, cultural and economic perspectives of our ASEAN, China and India neighbours.

The onslaught of Covid-19 has inevitably impacted Singaporean youths—especially those who are stepping into the workforce in such a precarious moment in their lives. Under David’s leadership, NYC has partnered with both private and public sectors to tackle issues such as job insecurity and upskilling among youths.

Having said that, much of our nation’s concerns have snowballed. Some of these have grown so complex that it’s impossible for anyone to solve single-handedly.

It requires great humility to overcome hubris, and David’s attitude was refreshing, to say the least. It strikes me as a unique form of power—for a leader to acknowledge the limitations at play.

“It’s true that there is a very thick layer of pragmatism here. To create change, it takes the combined effort of all stakeholders. Youths, parents, employers, educators and policymakers must work together. We don’t pretend to do it alone.”

Much later, during our photo-taking session, I observed how David playfully posed with hypebeast squats and peace signs. When I caught up with him in between takes, he told me that it took time before he started feeling comfortable in front of the camera.

I soon discovered that he once took a personality test and it identified him as an introvert.

“In the army, I didn’t have to interact with the public as much. It’s very different here in NYC so I wasn’t used to it initially. But I’ll take this as a sign that I’ve improved,” he laughs.

Time and again, David actively places himself in zones of discomfort.

He then asked about my career goals.

To which I responded: “I don’t know, I’m still figuring it out.”

Without a moment’s hesitation, he exclaimed: “And that’s fine! You can’t predict where life takes you. I didn’t plan on staying in the army, but ended up being there for 22 years anyway.”

“To be honest, I just wanted an opportunity to travel. So I thought: Why not join and give it a shot?”

The fact that he went into the army clueless, with little to no expectations, was both eye-opening and liberating. We are kindred spirits in that regard. Not every decision needs to be imbued with grand meaning and purpose.

He went on. “I didn’t know that I’d be working so closely with youths one day too, but here I am. Most of us don’t know if we’re on the right path. Who knows where I’ll be years later?”

The more I listened, the more it made sense. David is willing to face uncertainty head-on. He also grants youths the permission to explore and fail. At the end of the day, we all need the latitude to try new ideas.

It takes courage to leave the land of certain outcomes, as shown by David’s journey thus far. But half the battle is won if we first resist the urge to judge our imperfections.

Who knows what discoveries we’ll stumble onto if we choose to transcend the fear of failure? As David puts it: “Youths need to step into areas that are alien to them. It’s up to them to look, believe, and explore.”

The man tolerates ambiguity, values progress over perfection. His path reflects a mode that he seems to operate on: Do it, even if it scares you. You’ll figure it out somehow and grow along the way.

Maybe, just maybe, we ought to grant ourselves the same Get Out of Jail Free card. 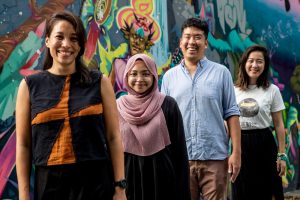 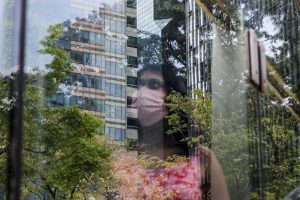 Regardless of Race, Language or Religion. What About Gender?

Photography by Wallace Woon. Two weeks into her new job, Rachel* found herself on the floor of her office, drunk and having chipped a tooth. Scrambling to tear herself away from a drinking game that took a turn for the physical, the 21-year-old ran to the bathroom to call her partner. 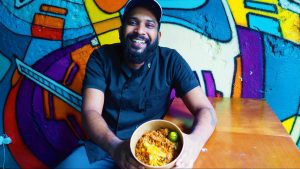 Singapore Is Turning Into A Digital Republic. Are Its Youth Ready?

Photography by Andre Frois While the pandemic has acutely transformed daily life for all of us, the path that young adults have had to navigate has been arguably the most challenging.  When Covid-19 hit, the twists and turns that befell undergraduates included having to move not just 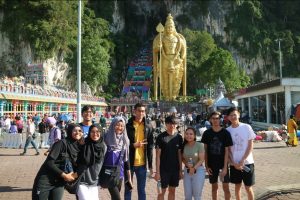