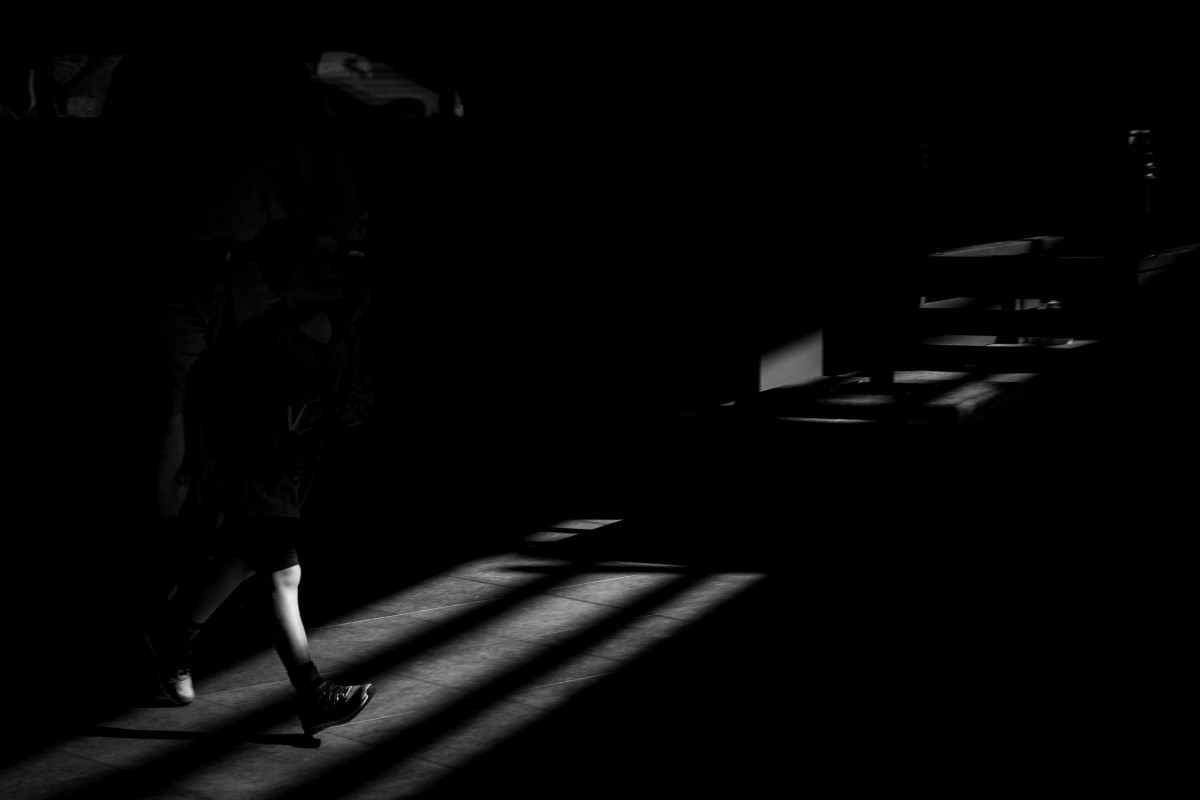 It has been almost forty years since the human immunodeficiency virus (HIV) was first discovered in 1983. HIV is the virus that leads to acquired immune deficiency syndrome (AIDS), which is also commonly known as late-stage HIV.

While HIV was viewed as a death sentence at the beginning of the pandemic decades ago, the picture today is a far cry from that. Thanks to medical advances, HIV is now understood and treated as a chronic disease. Individuals living with HIV who receive treatment enjoy the same life expectancies compared to people without HIV.

Furthermore, individuals who have achieved viral suppression as a result of medication cannot transmit HIV sexually. Three recent, large observational cohort studies produced zero cases of transmission in spite of approximately 125,000 unprotected sex acts between couples of differing HIV status, without the use of any HIV prevention methods like condoms or HIV pre-exposure prophylaxis.

Viral suppression is often also known as achieving an ‘undetectable’ viral load, and these two terms are used interchangeably. Viral loads are ‘undetectable’ because the equipment used to ‘count’ such viral loads does not detect the virus’s presence below specific thresholds.

The origins of HIV non-disclosure laws in Singapore

Like the ongoing COVID-19 pandemic, the early years of HIV were characterised by fear and panic due to a lack of information on how the virus would spread between individuals.

As a result, heavy-handed and sweeping legal reforms were undertaken to keep Singaporeans safe from the virus.

In 1992, the Infectious Diseases Act was amended to ban people living with HIV from engaging in sexual activity unless they have informed their sexual partner of the risk of contracting HIV/AIDS from them and that sexual partner has voluntarily agreed to accept that risk.

In 1998, non-Singaporeans living with HIV were prohibited from entering Singapore, regardless of their immigration status.

However, while the ban on foreigners with HIV was partially lifted in 2015 to allow short-term visitors, laws criminalizing HIV non-disclosure have not only remained in the books but were expanded in scope and severity.

Alternatively, suppose he chooses not to disclose such risk. In that case, he must have either tested negative for HIV or take reasonable precautions to ensure that he does not expose his sexual partner to the risk of contracting HIV.

The punishment for failing to do so was also increased five-fold with a fine of up to S$50,000 or 10 years’ imprisonment.

While these laws were passed to protect you from HIV, scientists working in the field of HIV would confidently tell you that they are more likely to exacerbate the spread of HIV today.

A global expert panel of more than 20 HIV scientists and experts was convened in 2018 to publish a consensus statement on the science of HIV in the context of criminal law and called for “legal and judicial systems to pay close attention to the significant advances in HIV science that have occurred over the last three decades to ensure current scientific knowledge informs application of the law in cases related to HIV”.

This is because such laws are ineffective and create a false sense of security and perpetuate stigma and discrimination, which can deter many from getting tested or seeking treatment for HIV.

When HIV non-disclosure was criminalised in 1992, then Minister for Health Yeo Cheow Tong said that this was meant to address the “irresponsible and dangerous behaviour” of HIV-positive individuals.

Subsequently, when expanding the offence to those at significant risk of contracting HIV, then Minister for Health Khaw Boon Wan explained that these laws are necessary because “for every known HIV case, there could be another one to two cases who are infected but remain undiagnosed until the symptoms appear”.

While Khaw is correct that a key problem with ending the HIV epidemic in Singapore is late diagnosis, these laws do not encourage people to get tested regularly. Instead, they create a climate of fear, stigma and shame around HIV.

The existence of these laws runs contrary to the Ministry of Health’s own strategy of “destigmatising HIV infection and getting more people at-risk to come forward to get tested”.

“Yes I know who I got it from. After that I actually got tested and then I Informed some of my friends, who then agreed to go to Bangkok with me, because I didn’t want to get registered in Singapore. But after a year or so I decided to come back to Singapore to seek treatment because it was… Very troublesome for me to go back and forth.”

Apart from disincentivising linkage to the healthcare system, as explained by a participant above from a past study on living with HIV, such laws possibly maintain stigma and discrimination of already vulnerable communities of people living with HIV.

Because of this legal obligation to disclose the risk of contracting HIV to sexual partners, people living with HIV live in fear of having their HIV-positive statuses “outed” to others who may know them in various capacities, be it their employers, friends, family, or other loved ones.

The pain of rejection is very real. The fear of alienation from others may also implicate not just people living with HIV but also those who might avoid going for sexual health testing for fear of finding out that they may be HIV-positive.

This is also exacerbated by the fact that there is no legal protection for people living with HIV from discrimination, nor is there any law prohibiting their sexual partners from disclosing their HIV status to third parties.

Beyond its direct impact on the fear of having their statuses disclosed, what we know about stigma, and in particular concealed stigma (not visible or immediately obvious, such as hidden disabilities, being a sexual minority or having a mental illness) is that it places considerable psychological stress on the individual.

Given the ever-looming threat of discovery and possible alienation, people living with HIV may report a sense of shame and demoralisation, particularly in instances where the threat of discovery is higher or more salient, such as during job interviews or health screenings.

“For example, during Chinese New Year when we are having a steamboat. You know right, after my first round of helpings, I will not use the same utensils. Or even, even during meals, I  wouldn’t use… unless they are scraps… or there are tongs or whatever. If not, then I usually will not help myself to a second round of food.”

As shared by another participant above, people living with concealed stigma may also find themselves being on a near-constant vigilance toward their interactions with others and even those who already know about their status, as a result of shame and self-stigma.

Other implications may also involve the preoccupation of having to ‘keep a secret’ due to the risks of disclosure, adding to the cognitive burden that these individuals face in their daily interactions with others.

Coupled with feelings of shame and demoralisation, the fear that people they know may shun them because of their HIV status may affect their overall behaviour. It can also lead to increased social isolation, impaired relational functioning, and excessive impression management.

These challenges stemming from stigma and discrimination may further heighten the sense of despair and exclusion that people living with HIV experience as vulnerable members of society.

What will happen without HIV non-disclosure laws?

We now know that removing HIV non-disclosure laws will help us reduce stigma and get more people to access the care they need. But what happens without such laws? Are we at greater risk of contracting HIV from someone who is living with HIV?

No, we are not, and here are three reasons why.

First, there is no evidence that such laws actually reduce HIV transmission (in fact, the opposite is more likely to be true). Furthermore, the burden of sexual health should not fall only on one party in sexual partnerships.

The removal of this law also ensures that we do not remain complacent around one’s risk of acquiring sexually transmitted infections in general and will create opportunities for more equitable, comprehensive sexual health education.

Second, it is a fact that a majority of people in Singapore who are living with HIV cannot transmit HIV sexually. The Ministry of Health has estimated that in 2018, 80% of individuals living with HIV in Singapore knew about their own status, of whom 91% had initiated treatment, and 91% of those who initiated treatment had achieved viral suppression or an undetectable viral load.

This means that based on the science of viral suppression, an estimated 66% of all people living with HIV in Singapore cannot transmit HIV through sex. While the risk will always remain at the individual level, removing such laws will get more people tested for HIV, lead to an increase in the proportion of people who start treatment, get virally suppressed, and therefore cannot transmit HIV through sex at a population level.

Third, even if someone had intentionally or recklessly put you at risk of HIV, HIV non-disclosure laws are unnecessary because existing criminal legislation already addresses this.

For example, Section 376H of the Penal Code criminalizes deception or false representation in the context of being a carrier of a sexually transmitted disease, which includes HIV. Still, it does not single out HIV as uniquely or more dangerous than other diseases.

Law enforcement may also arguably prosecute the intentional transmission of HIV as a form of grievous hurt by “means of any substance which it is harmful to the human body to… receive into the blood” under Section 326 of the Penal Code.

Ending AIDS and onward transmission of HIV by 2030

The Joint Declaration of the United Nations on HIV/AIDS (UNAIDS) adopts the ‘90-90-90’ goal, also known as the ‘HIV treatment cascade’, to track countries’ progress in the fight against HIV and AIDS.

Repealing laws that criminalize HIV non-disclosure will help end the present climate of fear and stigma around HIV and encourage more people to get tested for HIV and start treatment. The impact on HIV transmission would be immense.

For example, improving our estimates from 80-91-91 to 90-91-91 would mean 74.5% of people living with HIV not being able to transmit HIV sexually, up from 66%, as shared earlier. The reduced number of HIV cases would be beneficial for society without any adverse knock-on effects.

The impact on the quality of life among people living with HIV would also be significant. Reducing stigma associated with HIV will empower individuals to lead full, productive lives. HIV can finally be treated socially—as it has clinically—like any other chronic disease.

Community groups in Singapore, alongside UNAIDS, have called for the end of AIDS and onward transmission of HIV by the year 2030. We are getting close to that goal, but such laws remain a hurdle. Guided by medical advancements and public health research, it is time to repeal HIV non-disclosure laws so that they may no longer hinder Singapore’s efforts to end the HIV epidemic.

Daryl Yang is an Advocate & Solicitor of the Supreme Court of Singapore and is currently pursuing a Master of Law at Berkeley Law School as a Fulbright scholar. Daniel Ho is a mental healthcare professional who has experience working with stigmatized minorities and at-risk youth populations in the local context. This commentary reflects the author’s personal opinion and does not reflect those of any organisation(s) that they are affiliated to.