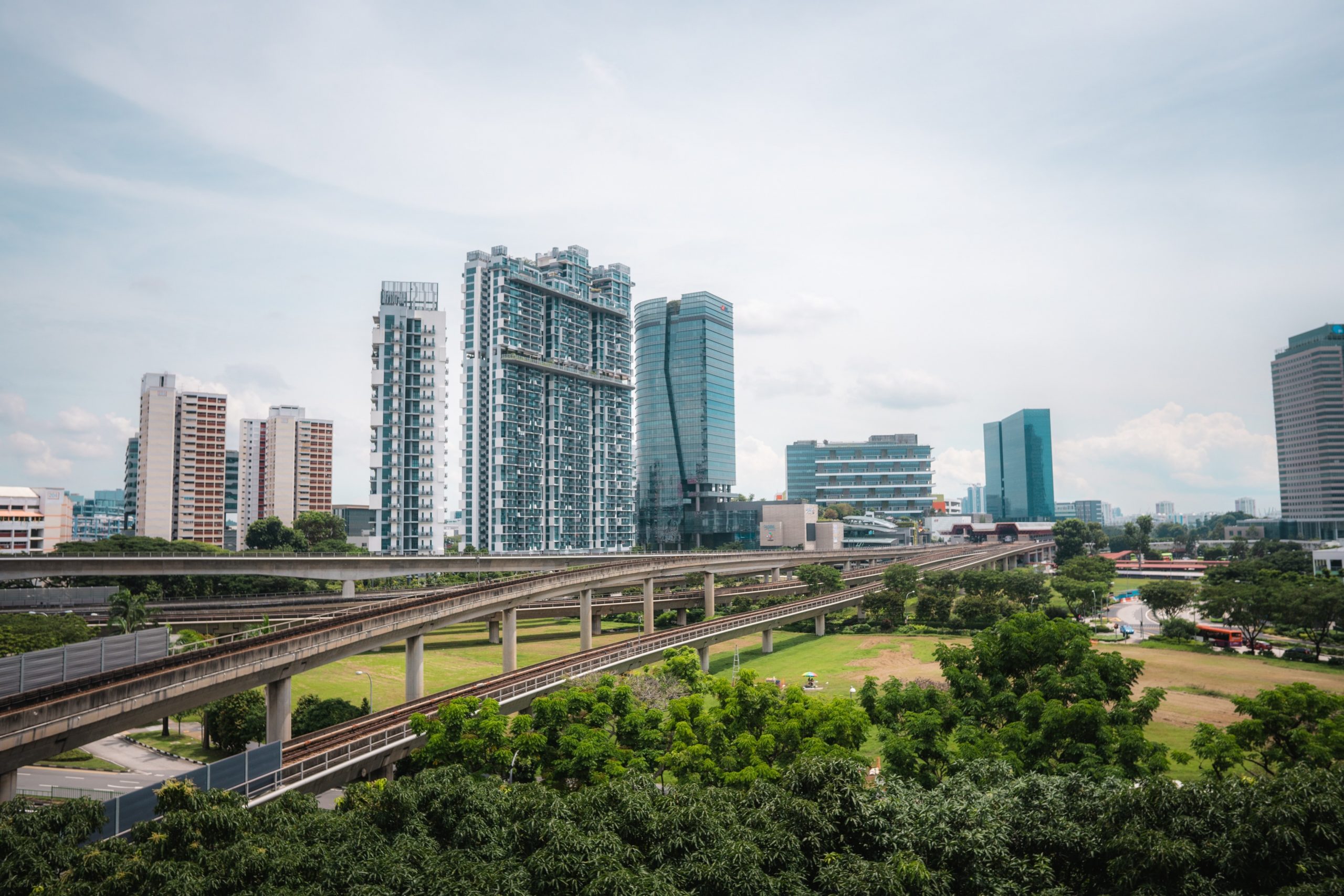 What comes to mind if someone mentions the word “Jurong” to you?

Before you throw out some colourful adjectives, please allow me to share some curious questions and hyperbole thrown at me by well-meaning friends. When I worked in the far west of Singapore, eyebrows were raised. “You can go to Johor Bahru for lunch!”, “I guess you thought studying in NTU was not challenging enough”, some would say.

But the most common one rings the loudest: “Wah, so far!” Imagine if I had worked in Tuas then.

Many would say that the whole Eastside vs Westside squabble is a little dated already — people don’t really react that way anymore. As we’ve all seen over the past decade, Westside is arguably best side after having undergone a renaissance of sorts, becoming a buzzy hub for both work and play. Look, they even have an IKEA in one of the dozens of malls there.

No longer does Jurong hold the reputation of having just a humdrum industrial landscape. After a municipal facelift and generations of happy residents, what are the businesses calling Jurong home?

We find the tenants of International Business Park to be wide-ranging. One makes automated vehicle tech that would make Elon Musk blush. The other specializes in margarine, the bread and (alternative) butter of many home breakfasts. They offer some insights into what they actually do in Jurong and why they’re not moving anytime soon.

Judging from Jurong’s historic reputation as a swamp-turned-manufacturing-hub, there’s no denying that its grounds are fertile for industrial incubation.

Just like how the established leaders in banking and finance gravitate toward the CBD, the International Business Park in Jurong poses a certain allure for a cutting-edge corporation like Desay SV Automotive to set up its regional headquarters at ICON@IBP. The proximity to other kindred souls in the Agency for Science, Technology and Research (A*STAR) and the Jurong Innovation District seemed too good to pass on.

But what does Desay – an industry heavyweight (with a $1.2 billion turnover) – do exactly?

The firm provides professional intelligent driving solutions, including smart cabin systems for car manufacturers like Toyota and other major car manufacturers all across the world. The infotainment and climate control systems in your car might even be made by Desay SV.

Just last year, the company teamed up with Nanyang Technological University to develop hardened cyber security systems for AVs, so the future nightmare of someone hacking into your car stays well within the realm of fantasies.

Azmoon Ahmad, MD of Desay SV Automotive Singapore points out that being in the heart of Jurong’s innovation ecosystem is simply “priceless”. Nothing beats the future-forward ambience radiating off of the occupants in the one-north innovation hub, especially for a company at the forefront of vehicular computing.

It’s been nearly a decade, and the former Nominated Member of Parliament still considers setting up the company’s regional hub in Jurong IBP to be the right move. It’s a ready habitat for co-mingling, collaboration and sharing between the companies to create something exciting, as evidenced by their team-ups with NTU and Blackberry.

While Desay SV manufactures products and services for major European, American, Japanese, and local domestic brands, the team in Singapore focuses on research and development. Before Covid hit, they were granted a license to carry out Autonomous Vehicle (AV) trials for unmanned vehicles within approved one-north test routes under an actual traffic environment.

As you can imagine now with everyone and their mothers getting into the world of AVs (Tesla being the most prominent face), things are getting hectic within Desay SV.

Azmoon goes to great lengths to make sure the environment remains conducive and calm for his busy employees. I can see how IBP provides this reprieve – its view of lush greenery and the wide-open skies are left unblocked by the towering skyscrapers. No one in their right mind would turn down some downtime to recharge and reframe, especially when a day of car computing gets tough.

It’s not always about work, though — he brings up the convenience of amenities such as the Gym Pod, a food court, cafes and childcare services within the ICON@IBP building itself. Plus, his employees definitely appreciate the unending food choices in the new-ish shopping malls nearby like IMM, JEM, Westgate and JCube.

Of course, I had to ask this automotive company about, well, driving to work. Azmoon laughs, commenting that IBP is a dream workplace location with direct access to major expressways such as AYE and BKE with less traffic. The cherry on top: no ERP!

I’ll be honest, the fact that a Tesla-esque company has a foothold in Jurong was pretty surprising—my initial thoughts of only seeing greasy machines in soot-filled factories were made redundant.

Strikingly different industries could coexist in the same business district as Desay SV. Case in point: Palsgaard Asia Pacific, a Danish multinational corporation which has supplied and manufactured plant-based emulsifiers and stabilisers since 1919.

Yes, the term “emulsifiers and stabilisers” doesn’t exactly strike excitement. How about this, then—you can find emulsifiers in plenty of prepackaged and processed foods, including mayonnaise, margarine, ice cream, salad dressings, chocolate, bread, and processed meats. “Ours are the hidden ingredients that transform everyday foodstuff into extraordinary products on supermarket shelves in over 100 countries,” as the Palsgaard website says.

A research base in Singapore makes sense, especially with consumers in Asia prioritising price and taste over things like health and sustainability when purchasing baked goods. This is evident when you see older Singaporeans not getting the reason why they’d pay so much for a sourdough loaf when a bun from a neighbourhood bakery can cost less than $2.

And as we all know, margarine is cheaper than butter. Palsgaard installed a margarine pilot plant at its facilities in Singapore, one that’s capable of pushing out 60kg of margarine per hour. The pilot plant aims to help manufacturers create new margarine recipes in any shape or form – liquid, brick or other forms of margarine by simulating their setup. The specialised machines are absolutely massive, and they needed the configurable space afforded by CapitaLand’s premises.

All corporations obviously want to optimise their resources, says Palsgaard Asia-Pacific Managing Director Boon Weng Low. They might have better luck doing that in Jurong IBP, he says, due to the plethora of choices and layouts to choose from – without having to justify outrageously expensive overheads spent on office rental.

IBP also hosts Palsgaard’s Innovation Lab in the Nordic European Centre. Decadent pastries (my kryptonite, especially the savoury ones) – the kind that boasts the sweet balance between lightness and crunch – are in full supply here, used to test the effect of its margarine emulsifiers.

I, too, think oat milk or soy latte-loving consumers will be excited and heartened to know that there are companies like Palsgaard innovating in the interest of sustainability. Knowing that the margarine I’m consuming could be produced in their lab in little old Jurong gives me a small kick. Eat local, as they say.

With all that said, has Jurong really gone through a renaissance? Has its industrial landscape moved along with it? Is Jurong’s IBP truly worth the buzz it’s been getting as a hub for multinational corporations looking to set up out-of-country outfits in Singapore?

I would not exaggerate to say Jurong has flipped on its belly to become a buzzy new place with constant hustle and unending queues, just like in the CBD. But it has also morphed into a unique ecosystem of its own, bound by industrial innovation.

It is also a place that provides employees with a balance of work-from-home to help maintain a sense of sanity and control so many of us got adjusted to during the Covid period. With more than enough tables at shopping mall eateries nearby to go around for lunch, dinner and Friday night drinks.

I do believe that it can only get more exciting from here on for corporates and employees at Jurong IBP as the district’s surrounding landscape transforms over the next few years. Being strategically located next to the sprawling 360-hectare Jurong Lake District and Jurong Innovation District, the sky’s the limit for new businesses and multinational corporations.

Sceptics (read: my acquaintances) might just get the reality check I got: that Jurong feels pretty right.

This article was brought to you by CapitaLand. As one of Asia’s largest diversified real estate groups, CapitaLand offers top space solutions that meet the diverse needs of business professionals, including a wide selection of properties at International Business Park.

To learn more, contact the CapitaLand team at sg.marketing@capitaland.com