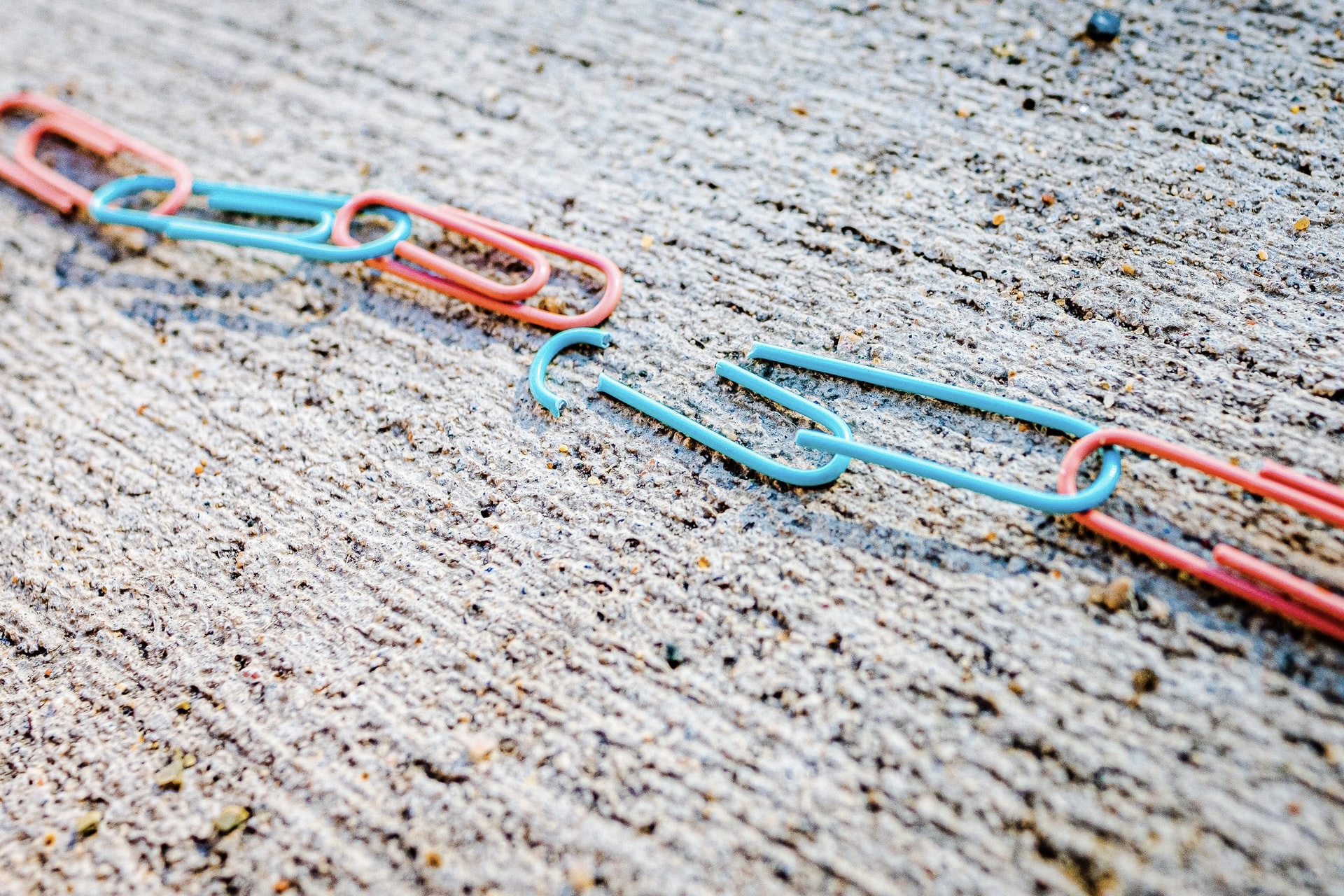 “Married couples don’t get divorced just because the Government makes it easier to do so“.

Whether or not you agree with this statement tells me which side you fall in the debate over the introduction of a no-fault divorce option in Singapore, something that’s currently under review by MSF.

The operative word here is easier—not ‘easy’. In Singapore, divorce isn’t even a legal option until a couple has been married for at least three years (annulments are possible, but difficult to obtain). Even in the best case scenario, getting a divorce is a costly and time-consuming process. For families with young children, this means getting a Mandatory Parenting Programme Certificate (3-4 weeks) before a petition can even be filed, and thereafter attending mandatory mediation sessions (several months).

With or without a no-fault option, these hurdles (or safeguards) will remain in place. And yet, some charitable groups like Focus on Families Singapore, an affiliate of a Christian organisation in the United States, continue to make the case that allowing couples the option to divorce ‘amicably’ would cause divorce rates in Singapore to rise, thus threatening the sanctity of marriage.

There’s scant evidence to support this argument. Correlation does not imply causation. While the introduction of no-fault divorce in the United States in 1969 coincided with a doubling of U.S. divorce rates from 1960 to 1980, this happened amidst a broader cultural shift in favour of women’s rights (see: the Second-wave feminist movement). Since 1980 to the present day, divorce rates have declined steadily.

In any case, the institution of marriage is not at stake here; it remains the default option for the vast majority of Singaporeans.

But for couples in broken marriages, happiness is.

How divorce works in Singapore today

To get a better understanding of the gaps in Singapore’s current legal system, I spoke to two experienced family law practitioners: Gloria James, Head Lawyer at Gloria James-Civetta & Co and Ivan Cheong, Partner and Family Law Specialist at Withersworldwide to find out the ways that Singapore’s fault-based legal process can negatively impact families.

But first, let’s start with the basics.

There are two steps to getting a divorce in Singapore.

1. The petitioning spouse must provide a Statement of Particulars stating the grounds for the divorce
2. The division of ancillaries must be determined (eg. finances, child custody).

If a couple can agree on both the grounds for the divorce and the division of ancillaries ahead of time, then they can opt for the simplified uncontested divorce route.

“Roughly 1-2 out of every ten clients we represent choose this option,” said Gloria.

On the other end of the spectrum are couples who cannot agree on either the grounds for the divorce (i.e. who is at fault) or the division of assets. This guarantees a contentious divorce.

This begs the question: if an uncontested route for divorce already exists, why is a no-fault divorce option necessary?

“It’s not entirely true that the uncontested divorce route is always on a no-fault basis,” said Ivan Cheong.

“If we look at the facts, an ‘irretrievable breakdown’ of the marriage is currently the sole grounds to get a divorce in Singapore. There are four main facts which plaintiffs can rely on: separation, unreasonable behaviour, adultery, and desertion. The only no-fault one is separation, meaning parties have lived apart separately for 3-4 years before they file for divorce.”

Outside of separation, even the most amicable of divorces today requires some apportioning of blame in the legal process, where one spouse (i.e. the plaintiff) must find fault in the other (i.e. the defendant), and have their lawyers submit those reasons to the court in the Statement of Particulars.

“Before they enter divorce proceedings, we try to advise our clients to resolve the big issues first. The division of assets. Child custody. If they can agree on these big issues, then the question of who’s at fault should be secondary,” said Gloria.

“To get into the weeds on the grounds could jeopardize any agreement they had reached, leading to unnecessary tension and acrimony.”

For family lawyers, this means walking a legal tightrope in an emotionally fraught process. Providing too much detail of a spouse’s ‘unreasonable behaviour’ could risk putting him/her on the defensive.

“We’ve seen cases where the defendant reads the Statement of Particulars about all the ways he has failed as a spouse, and he decides that he must respond publicly in order to ‘set the record straight,’” said Gloria.

“This is deeply counterproductive, and could risk derailing the whole process. Which is why, as family law practitioners, we’re careful to water-down the grounds for divorce just to avoid triggering any negative emotions.”

Introducing an amicable divorce option would render this process of ‘legal tip-toeing’ unnecessary.

Walking into a family law office is already an emotionally fraught experience.

Even when both spouses enter the divorce proceedings hoping to resolve things quickly, the legal process can make them feel like they’re going to war.

“A lot of couples were already not on speaking terms when one of them initiates the divorce,” said Ivan.

“When these clients come in for a consultation, you can see the dread in their eyes when they realise that they have to serve the other party a legal document that states, in detail, what a horrible and unreasonable spouse they’ve been.”

“I’ve seen cases where these arguments in court spill over to the children,” said Gloria. “One spouse might save copies of court documents to show their child ‘look how terribly your father / mother is behaving!’”

Perhaps the best argument for having an amicable divorce option is to set the right tone from the start.

“If no-fault had been an option in Singapore, I believe some cases would have dramatically different outcomes,” said Ivan.

“By choosing no-fault from the outset, one side signals to the other that they’re not looking for a fight or to assign blame. In my opinion, this approach is more consistent with the Court’s recent emphasis on therapeutic justice.”

The arguments for and against no-fault have been well-covered in the mainstream media.

But there’s a certain cruelty to these high-level arguments, because it fails to consider the actual experiences of families going through the process.

The two most commonly cited arguments against amicable divorce are that:

1. Divorce rates will rise, and
2. Women and children will be disproportionately affected.

The implication here is that couples who want a divorce are being selfish. That the introduction of a no-fault divorce option would just enable more people to take the ‘easy way out.’

“My response to this is that no one goes for a divorce unless something is seriously wrong with the marriage relationship,” said Gloria.

“Just think about what a divorce entails. It involves a complete separation of finances, living situations, and child custody. Who would want to go through this just because there are fewer legal obstacles?”

“These are not cases where couples who would otherwise be happily married are prevented by no-fault from working things out.”

Making sure that clients understand the gravity of getting a divorce is something that Ivan also emphasises in his family law practice.

“Far from encouraging divorce, I usually ask my clients whether they’ve tried the various reconciliation options available, such as marriage counseling and other community-based support programs,” said Ivan.

“After all, it’s precisely because Singapore views marriage as such an important institution that we have all of these safeguards in place.”

“But at the same time, we also cannot turn a blind eye to the fact that not everything is hunky-dory with all couples. Sometimes, despite their best efforts, there will be differences that cannot be resolved within a marriage.”

“As a society, we should provide these couples with the option to pursue an amicable separation, one that allows families to move on to the next phase of their lives.”

A curious thing has been happening in Singapore amidst this pandemic—many of which are emanating from the Government.

Working in the media during this transition period, I’ve noticed that the OB markers are slowly shifting—on race, meritocracy, mental health, and support for lower wage workers.

Marriage and family is the next frontier. For those in the majority, this may feel like a zero-sum game. That the new policies under consideration, like the no-fault divorce option, would ‘take away’ or ‘threaten’ what had been traditionally understood as the Singaporean Identity.

In reality, nothing is being taken away. The definition of what Singapore represents has simply expanded to accommodate more people—some of whose needs and/or rights have been historically neglected.

Family and traditional values are still being championed in Singapore. But increasingly, there’s more room in 2021 to hear out other stories, identities and ways of life. This, in turn, necessitates a careful review of the policies that govern them.

As with no-fault, this positive trajectory is not guaranteed, but it’s a promising start, by giving space for more variations on individual liberties and happiness.

What should Singapore prioritise: Marriage or happiness?

“Happy families are all alike; every unhappy family is unhappy in its own way.”

Singapore’s legal system should evolve from taking a one-size-fits-all approach to one where the needs of couples in different circumstances are taken into account.

To this end, having a no-fault divorce option is simply pragmatic policy. It acknowledges that divorce is often the last resort for couples, and that the legal process should not inflict more pain on families during an already difficult time.

To believe that all marriages can be saved so long as couples stay together is to project our own beliefs and familial experiences onto others.

“No-fault divorce is in line with the Government’s goal not to put couples strictly in positions of being a plaintiff and defendant, but to focus on therapeutic justice instead,” said Gloria.

Sometimes therapeutic justice leads to reconciliation. Other times, it means securing the best outcome for families by preserving the relationship—even if it means divorce and co-parenting.

At the end of the day, it comes down to what you think Singapore should prioritise: marriage and divorce statistics, or the actual well-being of families going through a divorce?

Should we be protecting the institution of marriage, or the relationships within those marriages?