Sounds of Silence: Letters to Our Sexual Assault Perpetrator 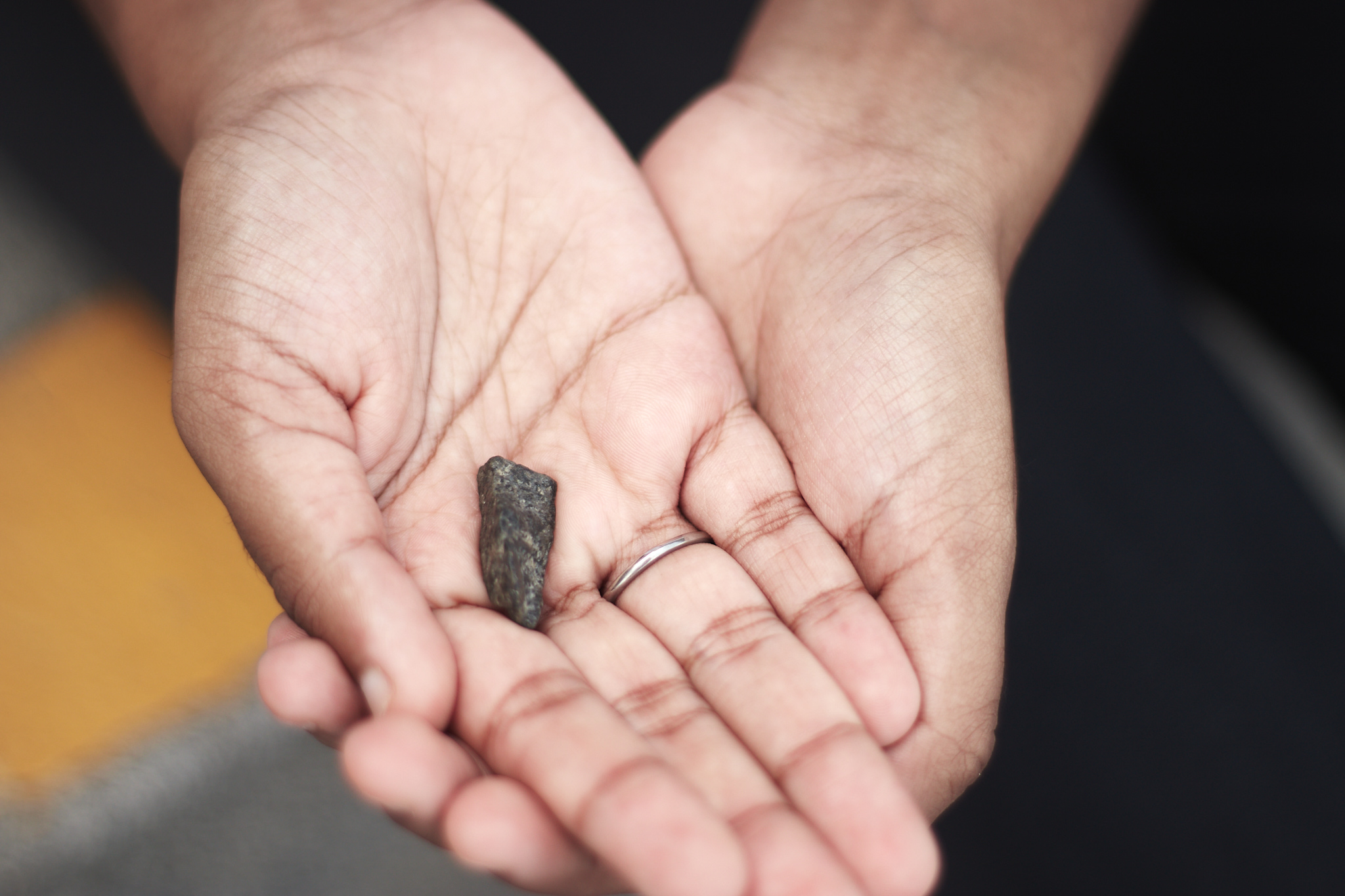 Sounds of Silence is a thesis project by Joy Ou and Amanda Koh from the Wee Kim Wee School of Communication and Information. The photojournalism project addresses the subject of sexual assault in Singapore featuring letters from five individuals to their perpetrators. The project culminates into a photo book that aims to raise awareness on the prevalence of sexual assault and what survivors go through, such that we may all be better allies to anyone going through something similar.

An analysis of 775 cases handled by SACC from 2015 to 2020 saw that there were two common reasons for sexual assault cases not being reported; the fear of not being believed (45.5%), and the worry about the reactions of family and friends (40.2%).

Rape myths, defined as “prejudicial, stereotyped or false beliefs about rape, rape victims, and rapists” influence how people around victim-survivors react to their disclosure.

We now hear from the survivors themselves. Their raw, unfiltered words and images come together to form a beautiful tapestry of courage and struggle. As heartbreaking as each story was, the fortitude of the survivors equally filled us with much hope.

May you find strength in these stories.

She was in a slump. He took advantage of her emotions.

Thinking that he was someone she could trust, Ms Gretchen Tham, 19, went over to his place when she had troubles at home. While she was in a vulnerable state, he sexually assaulted her.

Ms Tham returned home bleeding and was persuaded by her mother to report the incident to the police. Her perpetrator has since been charged with multiple sexual crimes committed against other girls, including the possession of child abuse material.

The journey of recovery for Ms Tham has not been an easy one. She initially attempted self-harm when she did not know how to cope with the anger and emotions she was feeling. Having friends and her therapist listen to her speak about her feelings without judgement has helped her gain greater control over her emotions.

Two years since the incident, Ms Tham now no longer looks over at his apartment unit across the street from her with fear.

I hope you burn in hell after all that you did to me in that few hours. After all that pain that you subjected me to, you do not deserve to live a happy life. I cannot watch you lead a normal carefree life when the things you did to me and the pain you inflicted on me will continue hurting me for the rest of my life,

For the past two years I’ve been in an insurmountable amount of pain. Therapy helps with my PTSD but it was only a short-term relief from my pain. No matter what I did I couldn’t move on and though I am in a better position now, that evening will still haunt me forever, especially when I know now that you won’t be charged for sexual assault but rather other things that you did i.e. child photography and offering cash for sex services to children overseas.

Don’t get me wrong, I am glad that you will be charged for those things but I do feel that your sentence could have included sexual assault as one of the charges. However you’re not charged for that.

You’ve been through one round of court hearing and there will be more. I hope you will live in fear through the hearings and for the rest of your life.

I hope life doesn’t work out for you and I sincerely do pray that you perish with nothing to your name. I cannot and will not forgive you.

leap (out) of faith

He did not take no for an answer. While waitressing at a pub, Ms Felicia Lee, 22, met a customer whom she clicked well with and trusted. The two later developed a romantic relationship. As she was not comfortable with the relationship progressing beyond a certain stage, Ms Lee made sure to set physical boundaries in the relationship. However, they were not respected.

She was sexually assaulted by the man she thought she could trust, and in hindsight, realised he was manipulative. He did not once ask for Ms Lee’s consent to be intimate, yet proceeded to cross the boundaries she had set.

“He said sorry halfway through, but still continued after that”, she recalls.

Ms Lee was raised in a Christian household, and subscribed to the beliefs and practises of Christianity; up till then. After the incident, she started to question the faith and her own identity. This eventually led to a shift in her beliefs, where she no longer believes there is a God and has embarked on a journey of figuring out who she is, without the influence of religion

You deserve only the worst the world has to offer. I hope no one is unlucky enough to end up with your sorry ass and if hell exists I hope you suffer there for eternity. You are the biggest fuckwit I’ve ever met and I hope your little sausage rots from the inside out. May karma bite you in the ass.

During a visit to a public toilet, Mr Rahmad Suistio Bin Ismail, 25, was asked by an older man to follow him to a secluded staircase landing. A teenager at that time, Ray did not know how to react and did as the man instructed him to.

With no consideration to Mr Suistio’s reluctance, the man proceeded to sexually assault him.
After the incident, he developed health anxiety, and would constantly worry if he had contracted any STDs.

When he finally decided to report the incident to the police, he was further traumatised with questions regarding his private and intimate life. In addition, he was scolded for not escaping during the assault.
“In the year after the incident, I couldn’t step into a public toilet, and wouldn’t use the urinal for years after that”, he said.

In 2020, Dee Kosh, a prominent social media influencer and DJ was reported to have been sexually grooming young males. This triggered Mr Suistio’s PTSD in which he had to completely stay off social media till the saga was over.

To cope with his anxiety, Mr Suistio constantly reminds himself during meditations that he “is in a safe place”, and plays music to remind him of good times.

THE PERPETRATOR
To the man who started it all,

No honestly, you fucked up my life more than you should. Now I can’t get by my days without thinking too much about my health. I felt so disgusted with myself you’ve no idea. I became unnecessarily obsessed with my health, and it’s all thanks to you. I hope you know I spent many days and possibly even years worrying about my health.

But here I am, broken forever never the same person ever again.

Wherever you are right now, I hope you know that you ruined my life. What I could have been all ruined because you didn’t care to ask if I fully consented. You took advantage of me and I hope someone out there took advantage of you in one form or another. Here’s a big fuck you for everything that has
happened to me. See you in hell 🙂

For Ms Elizabeth Teo, 37, her time in university was some of the darkest days of her life.

The then 19-year-old was frequently sexually assaulted by a community leader in the church for three-and-a-half years. He eventually stopped when “his conscience got the better of him”.

But even after she was released from his clutches, the emotional pain only became worse. Ms Teo felt that she was at fault for not pushing him away hard enough, and was too ashamed to speak to anyone about the assaults.

To distract herself from the emotional pain she was feeling, she turned to self-harm and even attempted suicide multiple times. “I was addicted to the feeling of physical pain,” she said.

After many unsuccessful therapy attempts, the turning point came following an Eye Movement Desensitization and Reprocessing (EMDR) therapy session—a form of psychotherapy treatment designed to alleviate the distress associated with traumatic memories. She was made to relive and reimagine the rape incidents during the therapy session but came out no longer feeling the somatic feelings of him between her legs and understanding that none of the assaults was her fault. Wishing to give others a similar safe space to have their stories heard and expressed, Ms Teo trained to become a Clinical Hypnotherapist and now offers hypnotherapy consultations from home.

It took her almost 15 years to come to terms with the assaults. “I’ve survived the abuse,” she said, “I will survive the recovery.”

You damaged me, body, mind, spirit. You took away the best years of my life, and you Cannot give it back. The impact of what you did to the continues till today. I cut myself again and again, deeper and deeper, till I have over 200 cuts and over 100 stitches. I jumped from bridges trying to end my life. I tried to kill myself multiple times. I stopped eating to look like a skeleton to show how dead I feel inside. At my lowest I only weighed 29.6kg.

But I am a survivor. I have overcome. I am healing. The damage you did to me no longer controls my life. I hope one day I can come to be able to forgive you. But I am walking out of the shadows of what you did to me. I am using my story to help other victims of sexual violence. The best gift I can give myself is to try to be happy.

And with God’s grace, I know I can.

The first time she sensed him making advances on her, Ms T. Tania, 19, brushed it off as an “accident”. However, for the duration of that family trip, her granduncle did not stop his advances and eventually sexually assaulted her.

“My mum prepared me for these kinds of situations since I was young, and I always mentally rehearsed what to do if something like that were to ever happen to me”, she said. “But at that moment, I just couldn’t move”.

In the months that followed the incident, Ms Tania felt as though she was living her life from a third-person point of view. She could not remember any of the relatives she met during the trip and felt a certain “numbness”. In addition, she started taking many baths to try to make herself feel better.

It took Ms Tania close to two years to talk about what happened, but she knew the moment she confided in her family, there was a breakthrough in her recovery journey. To cope, she metaphorically stored her feelings in a rock she keeps with her.

To the monster that hurt me,

I hope you learn that your children, nephews, nieces, grandchildren and loved ones are not your toys. We are not your objects of fantasy, we are not your belongings. I don’t know how many people you have hurt other than me but what I know is I can never forgive or forget you. I could be “more mature” and move on but that would be unfair to the young innocent Tania. Be glad you are not suffering more id that despite breaking the law, I am not using it against you.

Most of all, be aware that what you did to me is the reason why I fight for others. You and your entitled pals will be doused in the flames of rage and revenge of us survivors. Just as you deserve.