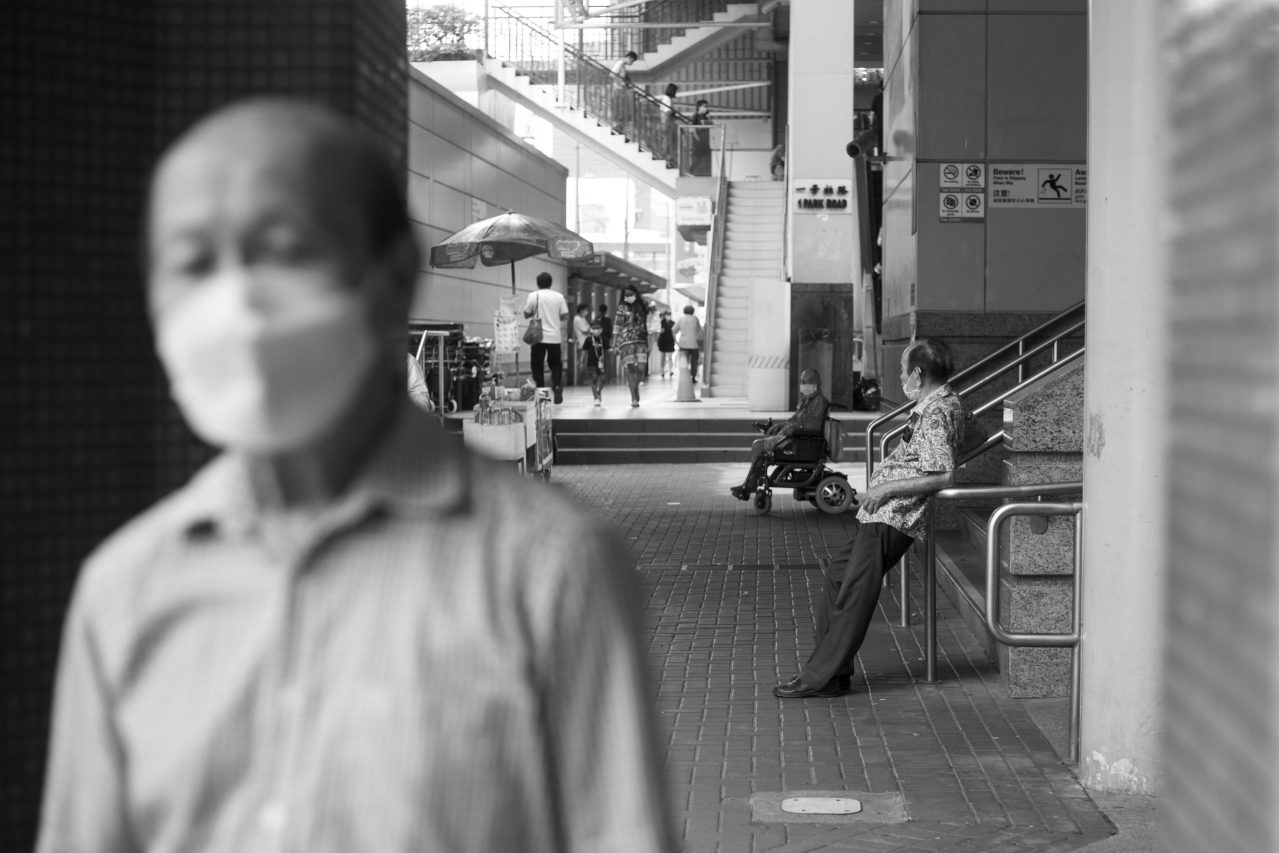 What are Singaporeans wearing today, besides the classic ‘tak seng’ slippers and good morning towels? What are some go-to styles that have become popular? In this fashion anthropology series, we explore what influences the attitudes and habits behind fashion in Singapore. Is it an adaptation of a trend or is it the result of generational influence? Why do we dress the way we do?

When it comes to the Pioneer Generation, we often talk more about their financial needs as an ageing population. It’s easy to forget that they’ve also lived through periods of tumult that we’ll never see. We take pains to describe the ways that old landmarks and historic neighbourhoods contribute to our national identity—why don’t we do the same with the living sources of our storied past?

Previously, we wrote about Grandma Swag. Here, a multimedia journalist takes to the streets to celebrate the colourful Pioneer Generation—by capturing in images, their fashion, taste, and style.

The first “mood” I have ever fallen in love with is the Singaporean Uncle. My friend Sulynn’s grandfather was a true gentlemen’s gentleman. Poise, no bullshit, wearing clothes tailored to precision. He was a man of few words but when he speaks, his words are just absolute incisive wisdom. None of that run-of-the-mill, goodquotes.com bullshit. His were real, lived-in, and learned wisdom.

I remember the first time I fell in love with his disposition, it was after his wife’s funeral. She had spent the later parts of her life bedridden and he stood by her bedside every single day, dressing her, showering her, feeding her. But on the day she passed, he handled it with such grace.

We were standing outside his house at the funeral and admiring his plants. He had recycled some old cans and used them to house his air plants which I thought was innovative and brilliant. We spoke about his plants and he was so proud of them; he even managed to let out a smile.

Something about that smile to my 16-year-old self moved me. It’s this gentle strength and graciousness this generation seems to embody. Ask them about anything and their response would be variations of “jiu shi zhe yang” which literally translates to the gen z expression of “it be like that sometimes“. I find their disposition personally very inspiring and in my worst days, I try to embody this philosophy too.

If utility wear is inspired by function, can function be an abstract idea? We have here a generation that seems to dress for a mood and the mood in session is santai. In this photo essay, I attempt to capture this abstract “mood” in the form of textures, faces and the spaces in which these unlikely influences exist. I hope you resonate with it.