This Father’s Day, I’m Coming to Terms With My Dad’s Emotionally Absent Love 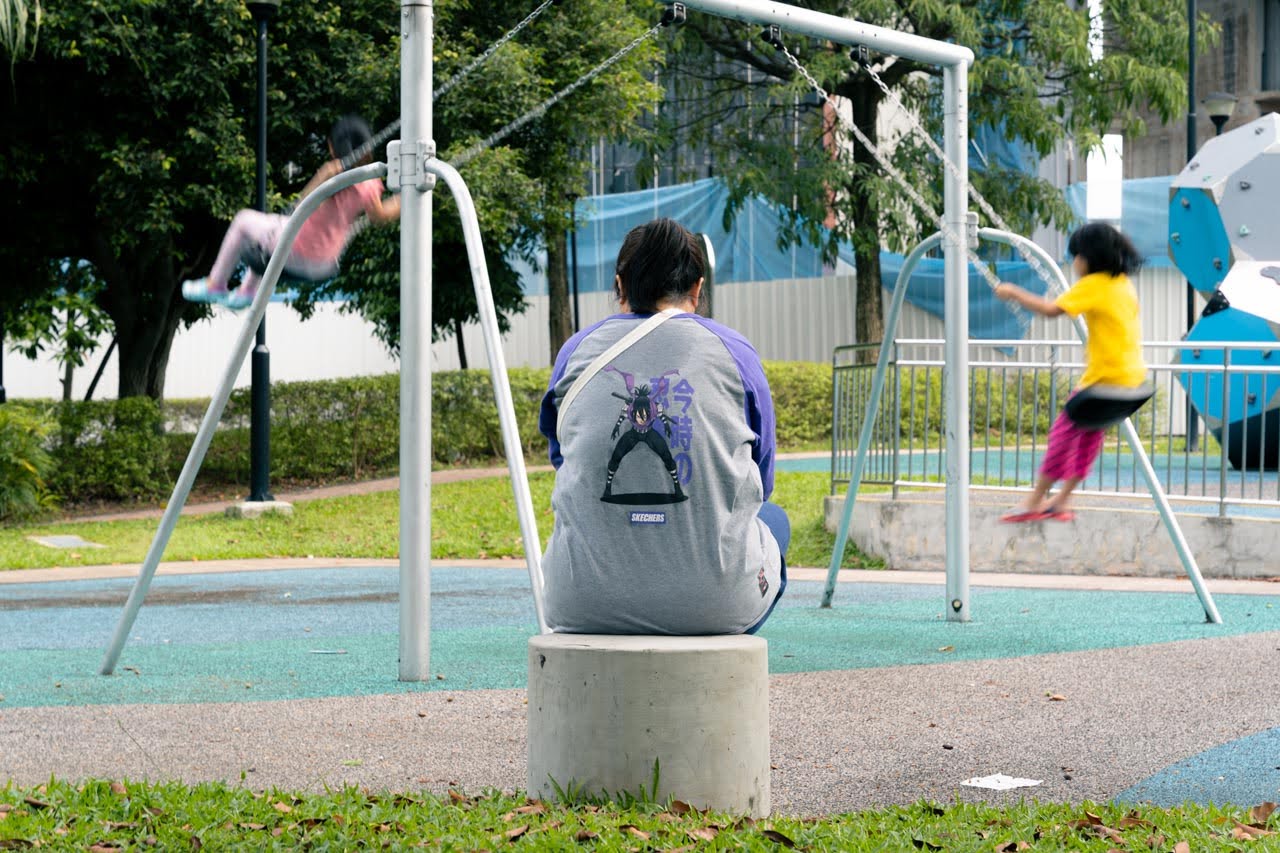 My hand hovers by the photograph on my wall, about to take it down, then withdraws. It’s a picture of my father, his smile wide from ear to ear, arms around my sister and me.

He had come to my house for dinner that day. In the picture, a cake triumphantly sits on the table in front of us—testament to a successful Operation Birthday Surprise. But that was years ago.

My father and I haven’t spoken for a year and a half now, a stark contrast to the regular weekend dinners we had back in 2020. If you asked me what had happened, I don’t think I’d have a clear answer. Perhaps we said something that rubbed him the wrong way. Perhaps I chose the wrong restaurant. Or perhaps he simply felt stifled by the frequency with which we had begun to see each other.

Whatever the reason, we’re not talking anymore. That photograph doesn’t have to remain on my wall.

My father has always been a stoic figure—a man of few words, often at work, endearingly goofy to his children, but not the person I’d approach for anything emotional.

He moved out after my parents separated when I was six. Although divorced, they still made an effort to be friends. I remember stretches of time seeing him, followed by equally long stretches of absence. When we saw each other, it would be for our regular family dinners on the weekend.

After a while, these meetings would peter out and we’d return to an amicable silence. No calls, no weekend dinners, but no hard feelings. Maybe my parents just needed a break. A few months later, someone would make the first move and reach out—rinse and repeat.

In the periods of dad-hiatus, my family gave me enough love and diversion that I did not feel his absence too profoundly.

As a child, I grew up reading the Berenstain Bears, a series of children’s books about a family of anthropomorphic grizzly bears. These books were extremely formative for me, because they became the model for the nuclear family I deeply wished for throughout my childhood and adolescence.

In my child’s eyes, our family got along very well. My father could make us laugh with just the quirks of his demeanour. We were happy at dinner, so I thought we’d be happy living in the same home too.

What I didn’t know then was that goofing off doesn’t require much emotional energy. It was the deeper issues stemming from our different styles of communicating that first created the wedge between us and still does now. As I grew older, I started to understand that for all that I loved about his company, he could not be the emotionally forthcoming and participative father that I wanted.

Breaking down in IKEA

From 2016 to 2020, I remember having far longer stretches of weekend dinners than I ever remembered in my life.

Even as I had grown more aware of the emotional reserve between us, he was still my father. I enjoyed spending time with him. He still made me laugh.

For example, at the Putien restaurant, the wait staff would ask if we had any food allergies that they needed to know of after taking our orders.

“We’ll find out after we eat,” my father playfully returned without missing a beat.

In my teenage stupor of struggling for exams, family dinner on the weekends became something I looked forward to. It was a safe space where I could soak up the company of family and live out my nuclear family fantasy.

I even began to miss my father in his absence.

Though we’d started to meet more often, the old pattern hadn’t changed. We still fell back into stretches of silence when things petered out or when life got busy.

But something else had changed in those years. He had become more prone to moody silences, precipitated by major changes in our family. As for me, I began to want more from my father than the occasional jokes and silent car rides.

For one, my sister got married and moved away, which was a bittersweet development for us all, but perhaps a harder change for him to process. At one point during the registry, while everyone was milling about talking, he stayed seated on a couch, cutting a lonely figure with a downcast face.

I think that he wasn’t completely ready to see his children grow up. Perhaps he felt that he’d missed out on our childhoods. Perhaps, now that we were changing, he was starting to regret his absence. Perhaps from all those absences, he’d really become an outsider to the family.

Perhaps. It’s always speculation when I’m trying to understand him.

When he got into his moods, he withdrew from us. We could’ve been talking about things like a family does. But, not knowing how to process his emotions, he wouldn’t respond. He’d stay silent during dinner, unparticipative in conversation and ambivalent in opinion. I never knew what was truly bothering him, and if it was something within my control.

After terse dinners of one-sided conversations and a dark cloud hanging over our father that we could not quite disperse, we’d go home exhausted and sad. Sometimes I’d wonder if I wasn’t doing enough as a daughter to draw him out. Other times, I thought I was overreacting to his silence, and that I shouldn’t make such a big deal over it all.

Near the end of December 2020, we sat through a particularly terse dinner. I could sense his moodiness from a mile off, but he was impenetrable.

My family and I thought a bit of space might help him feel better. Maybe he was just feeling stifled from having to meet every week. The next weekend, I was tasked by the family to call him to suggest that we meet after the New Year instead.

I was out running errands at IKEA when I made the call. Standing by the cafeteria, I dialled his number.

On the phone, he was unexpectedly curt, bordering on impatience: “Yeah, I said no dinner this week.”

His brusqueness stung. Hurt and angry, I snapped out a peevish “ok, fine!” and hung up. I had never snapped at my father before in my life. The mix of guilt, hurt, and anger roiled in my stomach as I snivelled in the middle of IKEA.

I took a minute to compose myself, and then, I called home. It turned out that by some unfortunately serendipitous timing, I had called him minutes after he’d hung up with my sister. He’d called to cancel dinner himself.

The New Year came, but I was still too hurt and angry to reach out first. What followed was a Chinese New Year that passed with no courtesy call. No call on our birthdays, no call on his. I didn’t know when Father’s Day was approaching until a Cedele ad informed me of it.

I cried a lot – because I missed dad, because he didn’t seem to care about our relationship, and worst of all, because he probably did but didn’t know how to express it. After all, I’m sure he’s not a heartless person.

This was not the first time he’d withdrawn from us. I desperately wished that he could be more communicative about his emotions, to tell us why he distanced himself that dinner, or to simply say so when he was unhappy.

As it was, I felt like I was riding his emotional rollercoaster, soaring at his best but tumbling at the whims of his bad moods.

One day, I complained to a friend about the gulf between me and my father, my voice growing tighter with each word. Men ain’t shit, he wryly declared, ever on my side. I laughed in watery agreement.

It’s not a true generalisation, of course. But it did remind me that my father’s paternal shortfalls are not a personal slight towards me.

As I talked, I saw how my father and I had always operated on two completely different wavelengths. My love is a communicative one, forthcoming even when it’s hard. His is more emotionally reserved, with a stoic reluctance to talk about his feelings.

Regardless, he is still a good, loving person. While I don’t think men are inherently emotionally stilted, I do believe that many are brought up in a world that stifles their feelings on the grounds of masculinity.

My father grew up in an environment that conditioned him to be less emotionally expressive. He is so deeply ingrained in his ways that to expect more emotional availability from him would be to futilely try to change him.

I decided that I should not try to regain the relationship that we used to have. Just as it would not be fair to demand more emotional availability from him, it would also be unfair to let myself ride the unpredictable waves of his moods. The best course of action was to accept and retreat.

Distance is the best preserver

I haven’t spoken to my father for a long time, and that’s the healthiest way I know to maintain the relationship. I thought my father should know how to love me the way I wanted him to. Instead, his love comes in a way that I don’t understand.

Many people have strained relationships with one or two parents, and that can be a very difficult and upsetting experience. With parents, we often think that they know what to do.

Yet, our differences with our parents can sometimes be a neutral experience. You can cut contact with a person while still loving them. It took me a while to understand that I can’t change the way someone chooses to love me.

Neutrality is accepting that my father still loves me, even when it’s not in the way I want. I’m definitely working my way to neutrality, though it’s not a linear process.

So, I let things be. Our relationship neither flourishes nor flounders, which means that it is hopefully safe. And as I leave our photograph on my wall, I decide that we may not be speaking to each other, but he is still an important person to me. 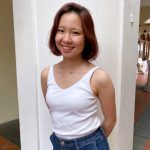