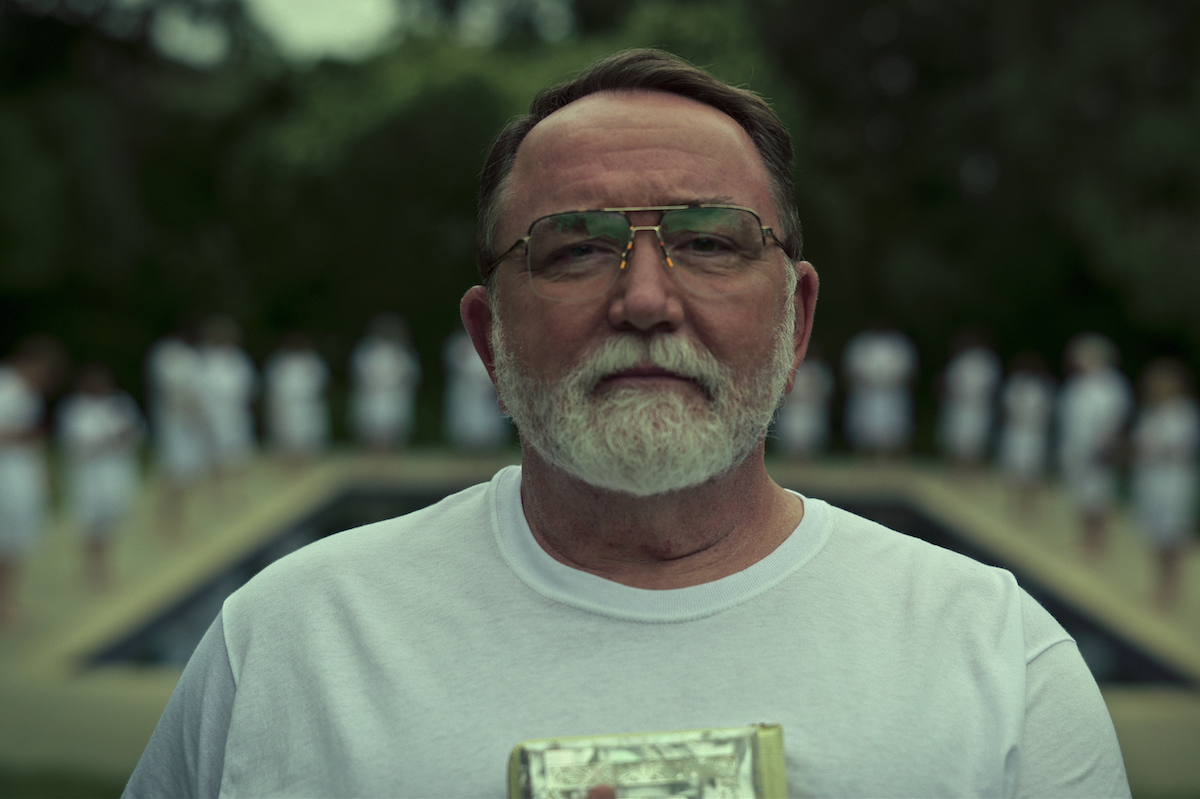 If you want to lose faith in humanity and its institutions, watch Our Father. It shows us the worst that mankind and society have to offer, in the form of a doctor’s abuse of trust for which there is no law against, and which purportedly stems from religious beliefs.

In short, he used his own sperm for patients who came to him for fertility treatment and got away with a mere US$500 fine and the loss of his license. Meaningless since he had already retired when he had been charged.

Already, the abuse of trust is horrific enough. Imagine having fertility issues. Imagine having to share this with a doctor—a male doctor named Donald Cline. Then imagine having that doctor, who had just seen you twenty minutes ago, returning with a bottle of his own sperm to inseminate you with.

But when the counter jumps to a shocking #48 in the middle of the film, with no end in sight, the truth becomes clear. While the film says there are 94 siblings, only Cline knows just how many there are out there—and he claims he can’t remember them all.

Counting just the offspring and their parents, that’s at least 282 people suffering the consequences of Cline’s actions.

The Netflix documentary goes on to explain the rules of donor sperm. Usually, donor sperm is not used more than three times, as Cline’s former nurse Jan Shore explains. Otherwise, there will be a large population of people with the same father within a small area—a situation known as consanguinity. One problem arising from that is an increased risk of birth defects and genetic disorders, especially if they unknowingly procreate.

As the children of Cline reveal, many of them have health issues that don’t run in the mother’s side of the family. Cline himself had rheumatoid arthritis, which would not have cleared him to be a donor at a sperm bank. And yet he knowingly put his sperm into unsuspecting patients, passing on whatever hereditary health problems he may have had to them.

“Evil” is how his former partner, Dr Robert Colver, describes him. But it’s so much more than that. It’s hubris. It’s a breaking of the Hippocratic Oath. It’s a betrayal of trust. It’s rape.

It lays bare the tremendous trust and power that doctors have and how much havoc they can wreak. That’s not to say we shouldn’t give such trust and power to medical practitioners—they need it to be able to do their jobs well.

Then there’s the fact that the law is virtually toothless against Cline and his ilk. The film reminds us that there is no federal law (a nationwide law) against illicit donor inseminations in the US, before revealing that there are at least 44 other doctors who did the same thing as Cline.

It’s been said that the American legal system can be a little, well, counterintuitive, at times. But what Cline did was clearly wrong, no matter what standard you use—except for the legal system, that is.

Tim Delaney, the former prosecutor in charge of the case, even states in frustrating semantics that “I don’t deny that it was a sexual violation. But legally, it isn’t a sexual violation.” The only thing he could do was to find out that Cline had lied in a letter to the attorney general, claiming he did not use his sperm to inseminate his patients.

So all Cline could be charged with was the obstruction of justice.

It boggles the mind to see how unfathomably inane the justice system is, or perhaps, how broken the law is (at least in the US). It makes one wonder how much our legal systems can protect us. Or can it even protect us, for that matter?

To those who know him, Cline seems to be a model Christian, a church elder. But there’s a darker side to this, as he is supposedly part of a cult known as “Quiverfull”, which references a Bible quote to exhort its followers to have as many children as possible. Ergo, Cline’s actions could be seen as the ideals of Quiverfull, taken to its logical extreme.

It’s beyond the scope of this review to comment on religious extremism, but suffice to say, it shows how insidious said extremism can be. It’s also a play on the title since Our Father is the opening of the Lord’s Prayer in the Bible.

But the children of Cline are the worst hit of the victims—many of them having to cope with existential issues of identity. Why do I look so different from my family? How do I deal with the fact that my genetic father is morally corrupt when he is the very reason I exist? What do I do knowing that I am the spawn of Satan (paraphrasing, but the film does play Milck’s Devil Devil so it’s fair to say that it is calling Cline the Devil)?

One man’s crimes. Over 282 people affected.

Our Father is terrifying—not in the conventional sense of a horror movie, but in how it shows the brokenness of our societal institutions. To know that a person could be in a position of power to commit a crime like this and have it be supposedly ascribed to religious motivations is scary enough as it is. But to know that such a person is still free and untouchable by the law is another. And it makes one wonder—what has gone wrong with society?