The Women the White Paper on Singapore Women’s Development Forgot 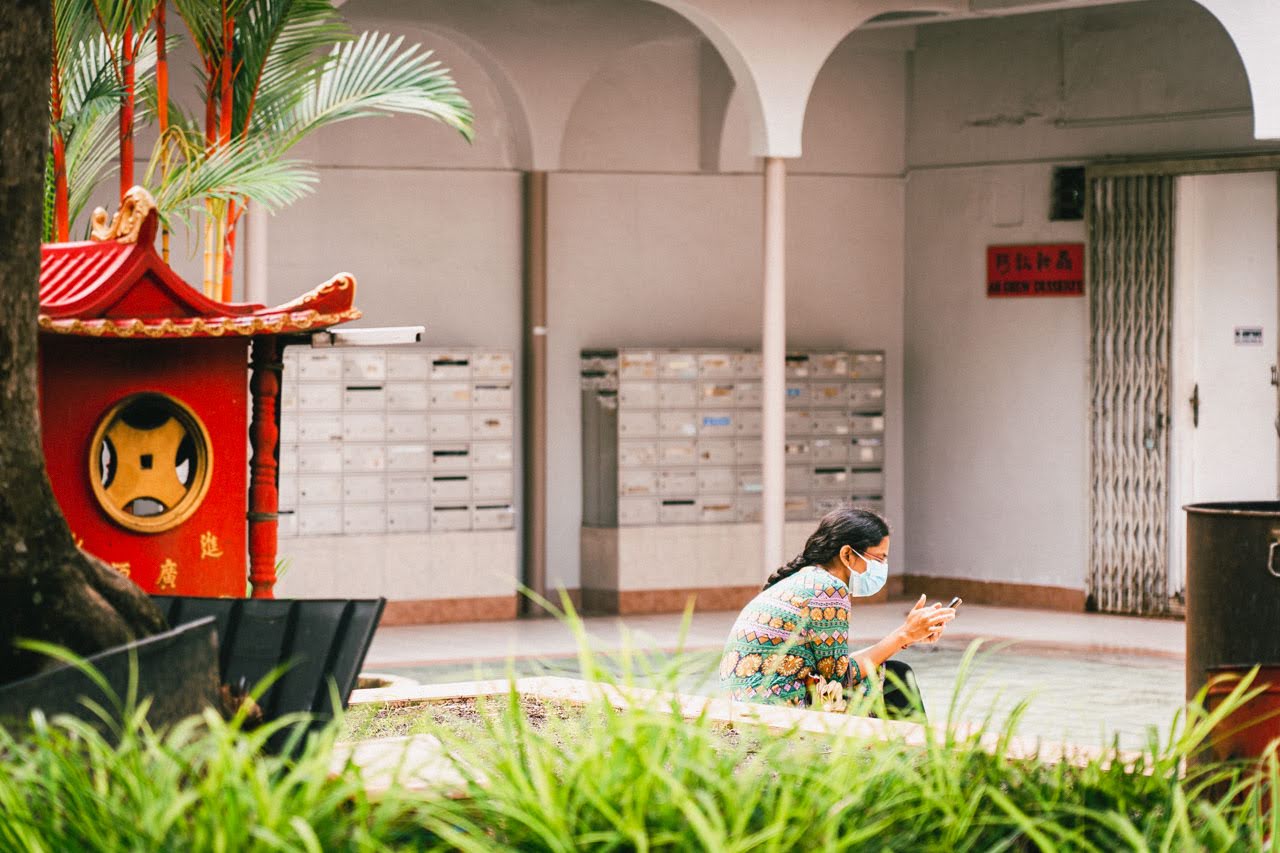 The White Paper on Singapore Women’s Development was passed on 28 March 2022 with 25 action plans to tackle gender equality with a pointed focus on creating fairer workplaces and providing relief to caregivers. After a lengthy nine-and-a-half-hour debate on 5 April 2022, all MPs unanimously endorsed the White Paper. After all, furthering the development of women in Singapore can only be seen as positive and forward-thinking.

The impassioned speech by Communications and Information Minister Josephine Teo detailing the pressures of the modern woman and how her success is also dependent on the support of the various men in her life—a real #heforshe moment—also signalled that perhaps Singapore is shedding its older, more patriarchal views for one that is more enlightened and even progressive.

Of course, no one wants to rain on this progressive parade. However, amid much-needed measures against family violence and the protection of young girls against online sexual grooming, the White Paper has perhaps missed the chance to put forth a plan that not only supports all women but engenders for them to thrive as well.

Women at the workplace

One of the much-discussed issues during the debate was women and work. Various sub-topics were discussed, from equal parental leaves, more women in mentorship roles, and workplace discrimination.

One of the action plans to make the workplace fairer and provide more opportunities for women is the implementation and legislation of the Tripartite Guidelines on Fair Employment Practices (TGFEP) to ban discrimination on the basis of gender, age, ethnicity, and other grounds is a step in the right direction.

This new legislation requires all employers to evaluate all employees and job seekers based on merit, regardless of their gender, marital status or family responsibilities, thereby protecting women and ensuring fair treatment in the workplace.

This is undoubtedly a welcomed proposal and reassures women that their personal lives or statuses have no impact on what they can achieve in the professional field. As Corinna Lim and Amy Amrita Daga of AWARE put it, “corporate workplaces can, and therefore must, be a major driver of gender equality. Equality at the workplace has a ripple effect into other areas of life, from our relationships to our recreation, politics, and culture”.

There is a concerted push by the White Paper to end discrimination in the workplace. For instance, to end gender stereotypes, the Tripartite Alliance for Fair Employment Practices (TAFEP) and other tripartite groups would conduct educational and promotional programs.

Then, to encourage more women to take up leadership positions and overcome the existing gender stereotypes, the Singapore Exchange Listing Rules and Practice Guidance to the Code of Corporate Governance were revised to enhance board diversity, including gender diversity, in listed companies. To add to that, there will also be a Council for Board Diversity to ensure more women are given a seat at the table for board positions.

Given the many roles women play, the legislation and endorsement of Flexible Work Arrangements (FWAs) is another revolutionary implementation at work set forth by the White Paper. This involves MOM working closely with tripartite partners to provide guidance to companies on carrying out FWAs at their workplaces.

This way, women can better balance their personal and professional commitments without the judgement that often comes with it. Indeed, these action plans, amongst others laid out in the White Paper, are promising and surely would embolden more women to reach their fullest potential in the workplace.

Undoubtedly, the White Paper is inherently progressive; in reading the document, one can’t help but notice that the paper is catered to a certain Singaporean woman, specifically the working Singaporean woman—even better if she is a working mum. The subtext of the White Paper seems to prize the working woman and, in so doing, persuade more women to stay or re-enter the workforce.

This is not to say women going back to work or choosing to work is something to consider negatively. Work can add so much to a woman’s (or anyone’s for that matter) life; it can give her a sense of accomplishment, independence, and fulfilment.

Instead, we need to also consider the stay-home mothers who make the intentional and conscious decision not to work and choose instead to focus on family/ Since she is not in the workforce, she is not privy to all these benefits as stated in the White Paper, seeing her role primarily as caretaker of her children.

Yes, there is the universal Basic Subsidy of up to S$300 and S$600 for childcare and infant care, respectively, along with income ceilings of preschool subsidies raised to S$12,000 to enable more families to benefit. There is even an inter-agency Taskforce that was set up to oversee the development of a Child & Maternal Health and Well-being Strategy to better support women and their children.

This Taskforce will develop policies, initiatives, and programmes to support women’s physical health, mental health, and overall well-being from preconception through pregnancy to motherhood.

These are all helpful and much-needed aid for mothers, but the subtext of these measures is to allow and prepare for a productive and working mother. Still, in doing so, the stay-home mother is bypassed and even forgotten. The White Paper suggests that while mothering is an admirable and vital part of a woman’s life, her value increases many folds if she chooses to work as well. It’s not hard to see how the White Paper agitates toward an image of an ideal Singaporean woman, which can be damaging for those who don’t fit into that profile.

There are also other groups of women strikingly excluded from the White Paper. Most notably, initiatives for foreign domestic workers and foreign spouses (save for one action plan regarding family violence) are conspicuously absent.

It seems somewhat perplexing that in a bid to honour women in Singapore, the White Paper overlooked measures to improve the lives of those that play supporting roles in many Singaporean women’s lives. After all, one of the primary purposes of employing migrant domestic workers is to provide relief from childcare responsibilities or caregiving to allow Singaporean women to go forth and lead more balanced lives.

Besides, foreign domestic workers, foreign spouses form another group of women who are not always offered the same benefits of being a woman in Singapore. They are often not eligible for grants and relief in the way vulnerable groups of Singaporeans are.

Their vulnerability is further exacerbated with most of them here on a Long Term Visit Pass (LTVP) or Long Term Visit Plus Pass (LTVP+) and constantly having to worry about its renewal. Non-Constituency MP Hazel Poa from the Progress Singapore Party also mentioned a lack of transparency regarding citizenship as the cause of much consternation for most migrant spouses.

If we are truly to move forward as a society that safeguards its women, then we owe it to all women to expand our definition of what a woman in Singapore entails, irrespective of whether they were born on Singaporean soil or otherwise.

The frozen eggs in the room

One of the more encouraging and rather progressive moves of the White Paper was to allow for elective egg freezing. In the White Paper, women aged 21 to 35 years can choose to undergo this process regardless of marital status. It’s a move that permits women to be more proactive in their reproductive health and allows for the option to have children without the ominous ticking of their biological clock.

The White Paper states, “We recognise that some women desire to preserve fertility because of their personal circumstances, for example, those who are not able to find a partner while they are younger, but wish to have the chance of conceiving if they marry later”.

Given that social egg freezing was previously banned in Singapore, this is a landmark move by the Government, but it isn’t without a few caveats.

One of them is that only legally married couples can use their eggs for procreation. The White Paper states that this is a move “consistent with upholding parenthood within marriage and the existing Assisted Reproduction regulatory framework”. As heartening as the move allows for social egg freezing, it feels like in taking one momentous step forward, we’ve taken three steps back.

The continued emphasis and narrative on the nuclear family structure to have children still rings as loudly as before. Furthermore, the insistence of being legally married to use these eggs diminishes the agency this initiative purports.

Additionally, the action plan also deprives single women or queer women of the possibility of having children of their own, even if they want and have the means to do so. Indeed, preserving one’s fertility and the prospect of having children comes at an exorbitant cost.

Further, it doesn’t make things more palatable when using these precious life-givers is still delineated by society’s myopic definition of how and what it means to be a mother.

Tellingly, up till this point, there has not been much information as to how the process of social egg freezing will be carried out. Egg freezing is by no means an inexpensive endeavour and is estimated to cost up to S$10,000 for one cycle of egg freezing. This does not include the cost of storing the eggs, which can cost upwards of S$5,000.

Perhaps, government subsidies or plans might be introduced to ensure women from all different socioeconomic backgrounds can be afforded the chance to preserve their eggs. While the decision to allow for social egg-freezing is promising, it would have been more valuable if it didn’t ride on the backs of tired tropes of traditional family planning.

After all, the shift toward a society that honours women and recognises their place in society also means celebrating the myriad of choices they make—regardless of whether they are in line with what the state expects.

A positive change, but not quite

The White Paper presented a unique opportunity to balance the scales regarding gender equality in Singapore. While it was met with all-around approval, to A/P Mr Jamus Lim’s words, the White Paper “betrays a lack of ambition”.

Gender equality is by no means an easy problem to solve; the entrenched patriarchal mindsets, as overt or subtle as they are, require a firmer and more assertive hand to be fully untangled from society. Certainly, it is highly commendable that women’s issues are finally being discussed at length in all their nuances and on a national platform at that.

However, we cannot overlook some of the chances sorely missed by the White Paper for more inclusive action. The initiatives outlined in this White Paper serve as a good scaffolding of the society Singapore aspires to be, but let’s not have the buck stop there. As praiseworthy as the White Paper on Gender Equality is, we can always push and hope for more.