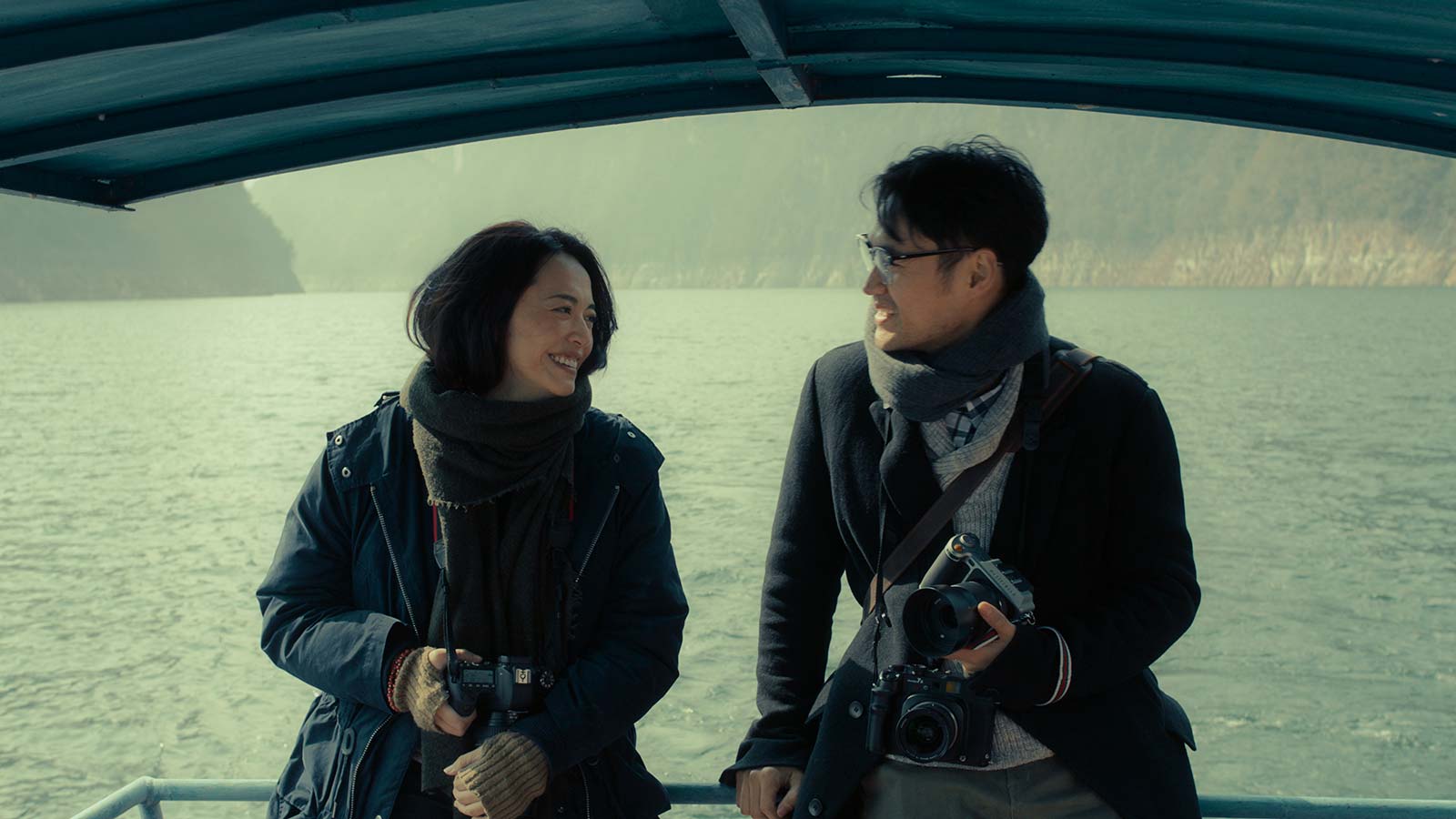 Top image from ‘Send Me to the Clouds’ by Teng Congcong.
RICE is the official media partner of SGIFF 2019.
Sometime after I started menstruating, my mom told me that my grandma had had her uterus and one ovary removed. I was bewildered: was it possible to remove an entire sexual organ? I had an image of my grandma with an empty hole at her lower mid-section—barren. Mom explained that my grandma had been suffering from heavy bleeding when she was in her later years, and I assumed she was in her 50s when she went for the operation.

Recently, I was told that she was only 39.

Though considered ‘old’ by the standards of that time, someone in their late 30s is still fertile enough to have children, a safe distance away from menopause. My grandma had a lot to consider.

“Don’t do it. Your husband won’t like you after you do it,” said her friends.

Apparently, one side effect of removing either one ovary or both is a dampened sexual drive, and a more painful experience when having sex.

This has led to many women who have had to do this feel like they’ve been robbed of their sex life as their doctors hadn’t warned them about it. Often, they’re told that it’s all in their heads.

When I was younger, I remember watching a Channel 8 drama where one of the antagonists, after being in a car accident, was told together with his wife by the doctor that he had “lost his manhood”. Melodramatic music ensued as the wife broke down in tears, followed by a shot of the husband walking on the streets, downcast and brows furrowed, as we hear the doctor’s words being echoed: “You’ve lost your manhood.”

As a kid, I didn’t have a single clue what that meant. I thought it was just awkward English subtitling.

The husband looked fine. All his body parts were in place, and so what were they so upset about? What was this intangible injury that was referred to as “manhood”?

Later, I found out that “manhood” was an euphemism for sterility. It made me think about whether our gender identities were equated to our sexual organs and their functioning abilities.

Did our sexual organs make up our gender identity? Deep thoughts for a 9-year-old, yeah?

From a psychoanalytic point of view, the essential difference between a man and a woman is the absence of the phallus. The female is thus a castrated sex, impotent because of the lack. The phallus is seen to wield power, making the male sex superior. To lose your phallus, or having “no balls”, means you’re emasculated. In other words, not man enough.

This logic helps to make sense of the wider implications of that Channel 8 drama character losing his manhood. He hadn’t just lost a sexual organ. He had lost his very masculinity.

Likewise, if women are ‘castrated’, be it through the means of removing their ovaries or uterus, would it be too far to claim that they have lost their womanhood?

The uterus, more preciously known as the womb, is the vessel where life first forms; traditionally, women have been valued for their reproductive capacities. To be infertile is to be considered by some as a failure to live up to this function, deemed as the female’s sole purpose. So if a woman were to lose her ability to have kids, she could be seen to have lost her womanhood.

Even if it were too simplistic to say that a pair of ovaries or a uterus equals to womanhood, many associate their gender identity with their body parts. When asked if missing a sexual organ would make them feel less of a man or a woman, a fair majority of my friends said yes. It’s easy to see how this is the case. A woman who is flat-chested may feel that they inadequately match up to the ideal image of the voluptuous woman that pervades our screens. A man with a small penis, let alone without one, is made out to be an inferior specimen of the male sex.

When Sheng Nan, the female protagonist of Teng Congcong’s Send Me to the Clouds, faces the reality of removing her ovaries because of cancer, it forces us to reexamine our perception of womanhood. Director Teng addresses head on the stigma of being a part of the ‘leftover women’.

‘Leftover women’ was coined as a label for unmarried women in China who are past the age of 27. In Asian cultures, the expectation to fulfil your duty to procreate and continue the family line has always hung heavily over both genders. From Chinese wedding traditions where little boys and girls jump on the couple’s marriage bed to induce the couple’s fertility, to the belief that the more children you have, the more wealthy and influential you are. To have more sons and daughters is to show off, in some sense. Parents pester their adult children to ‘get busy’ as soon as they marry, just as their preceding parents had done to them.

But perhaps this burden falls more so on women in China.

When Mao Zedong proclaimed that women hold up half the sky, China took him seriously. With the One Child Policy, women had to be valued as and perform as equals to men. Since then, women in China have been celebrated for their achievements. In 2017, China bested other countries with its impressive figures on women professionals, having more women in senior positions, especially in the tech industry, than countries like the US and the UK.

It’s this image of the strong, independent woman that Sheng Nan embodies in Teng’s film. Her name in Chinese (盛男) literally translates to “great man”. And there’s reason for men to feel inferior towards her.

She’s educated, intelligent, and outspoken. She settles her own fights (literally, in the film) and fends for herself. When her mother chides her for not requesting a man’s help, lifting her own belongings to stow away during a bus ride, Sheng Nan shows that she’s a woman who don’t need no man.

Yet the loneliness of being a single woman taunts her. Pressured by the oncoming surgery that might dull her hormones, she goes on a quest to find a man to satisfy her sexual desires, to the extent of embarrassing desperation. The film champions the embracing and ownership of female sexuality in a society that holds double standards, and that thinks it’s more okay for men than women to pursue sexual conquests.

We see this in Singapore too, with social media accounts like Something Private that encourage open and honest conversations about female sexuality for educational purposes.

However, despite the sexually-nuanced title, Send Me to the Clouds scratches more than just the surface to declare that women should take ownership over their sexuality.

Pairing the romantic landscape of foggy mountains with Sheng Nan’s quest, the film juxtaposes the stillness of the ever-enigmatic Mother Nature against the restlessness of the hustling Sheng Nan. It examines how Sheng Nan proves that being a woman is about more than fulfilling one’s filial obligation to reproduce.

Across the film, she discovers herself and struggles to find a sense of self-actualisation. At the end, being a woman means having your own identity, one that doesn’t rely on male attention to affirm your existence.

But perhaps we’re also getting caught up in lofty ideals by determining how gender should be redefined. Maybe there is no need to have a rigid sense of what manhood/womanhood is, if it is only a construct built on traditional mindsets. Given that society is increasingly calling for the rerouting away from gender binaries, we have to deconstruct what is ‘masculine’ and ‘feminine’ and realise that such binaries do not reflect the truths we experience today.

As I grew up, I got over that image of a barren hole in my grandma’s lower mid-section. I learned how that was just a small sacrifice she had to make for her health.

Even without her uterus and that one ovary, my grandma was still my ideal definition of an aging woman because of her strong spirit—one that said she could do without a man. Likewise, Sheng Nan’s headstrong character is what defines the question Send Me to the Clouds poses to its audience: what’s left of a woman if you take away what society deems as essential for her to fulfil familial expectations?

In the end, the film unveils that a woman can make the ascension to the clouds—whatever that may represent for each person, be it the fulfilment of sexual desires or a reconciliation with a loved one—by herself. However, she does this while holding up the sky; and amidst the heavy fog of China’s expectations on women, for her, the sky may always be heavier.

‘Send Me to the Clouds’ is screening as part of the Singapore International Film Festival (SGIFF). The festival returns from 21 Nov to 1 Dec 2019 with over 90 films from 40 countries. Browse the full programme at www.sgiff.com. 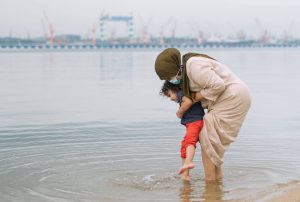