Raising taxes is a matter of when, not if.

All the talk is about increasing the Goods and Services Tax (GST), with analysts predicting a figure of 9 to 10 per cent with a one per cent annual increment. It is the most straightforward economic decision, but also draws the most flak from a population discontent with the rising cost of living.

Before Finance Minister Heng Swee Keat delivers his Budget address on Feb 19, we explore other avenues from which the government can generate more revenue:

1. “Stop Being an Asshole” Tax

Singaporeans don’t really care about climate change, and that is worrying. So the only way to change their attitude is to make them pay for their apathy.

Increasing ERP prices has not been effective in reducing traffic, while the newly implemented Vehicular Emissions Scheme only taxes new vehicles. To make drivers actually feel the pinch, an additional tax should be imposed on emissions or fuel consumption of existing vehicles. Those ridiculously large SUVs and luxury vehicles would be hardest hit when filling up at petrol stations (yay).

As a result, Singaporeans may feel more inclined to take public transport – exactly what the government hopes to achieve with its zero car growth and car-lite society plans.

Another way to encourage more environmentally friendly lifestyles would be imposing a recommended cap on the monthly utilities consumption per household size to reduce power consumption and thus less burning of fossil fuels. Those who exceed this limit would have to pay additional penalties. So no more long showers or leaving the TV on while you nap.

This was previously mentioned by Prime Minister Lee Hsien Loong in his 2017 National Day Message, as part of the national war on diabetes.

An all-encompassing tax which targets both food and drinks may be difficult to introduce. For one, white rice, which has been blamed as a primary contributor to diabetes, is a staple part of Singaporeans’ diet. Sorry PM Lee, but brown rice is still not in vogue.

It would be easier, and perhaps even practical, to increase the prices of sugar-sweetened beverages. If a bottle of Coke costs 50 to 70 cents more, the low-income group would be first to cut down their consumption. This would in turn reduce the burden arising from medical costs to treat diabetes and its related diseases.

If a sugar tax can be a consideration to improve public health, then the government should go all out in its public health policy and apply the same reasoning to fast food to “fight obesity”.

There are already more than 120 McDonald’s outlets in a 719 km2 land area, and the pace of life only further encourages frequent junk food intake. So if placing a premium on extra value meals could reduce cholesterol levels, it may be a plausible option to nudge Singaporeans towards better diet and generate revenue from those who choose to indulge at the expense of their arteries.

To take this a notch higher, the health ministry might even want to consider Japan’s method of fighting obesity – measuring waist sizes annually and fining those who have still not lost weight a few months later. Call it fat shaming, but it’s for the greater good.

But that would also mean that Happy Meals won’t bring as much happiness any more.

The Straits Times’s Han Fook Kwang raised the suggestion of taxing assets and capital gains in his op-ed on Sunday, saying that this could also close the growing class divide in Singapore without going into much detail.

Making the rich pay for the needs and interests of the less well-to-do may sound slightly socialist, but it could actually win the government a few political points, considering the current disgruntlement among the middle and low-income groups in the middle of an election cycle.

Since high net-worth individuals like Facebook co-founder Eduardo Saverin are attracted to invest in Singapore due to its stable and efficient governance, as well as connectivity to the global market, it would not be unreasonable to charge them a “premium”. After all, Singapore is providing the service and quality assurance as a wealth management centre that most other countries cannot.

A higher tax on assets like luxury sports cars and a second private property could also slow the widening class gap, and reassure the public that the government is not simply looking after the interests of the rich as many so often claim.

Smokers in Singapore have seen better days. Given the harsh treatment that the government has been dishing out to them lately, raising the duty on cigarettes would not be out of the realm of possibility.

They’ve already banned e-cigarettes, so the next plan to wean Singaporeans off tobacco would naturally be to reduce demand by making them less appealing in the form of higher prices. At least, that would be the official standpoint.

But everyone knows that the price of cigarettes is not the sole determiner of smoking habits when they are so hard to kick. The increase in price will sting, but if a man’s got to smoke, he will still fork out the money to scratch that itch.

So really, this is an easy money grab for the government and least likely to face pushback from the public, because everyone already knows smoking is bad.

Recycling rates may have gone up, but our landfills are still growing. What happens when we can’t dump any more trash?

An additional tax could be imposed on the two biggest types of garbage – plastics and paper – by raising prices on certain paper products and also introducing a tax on plastic bags. Rebates could be offered to those who contribute a minimum amount of recyclable garbage at designated stations.

That would teach Bob from the office not to use up so much toilet paper when he goes to the washroom. 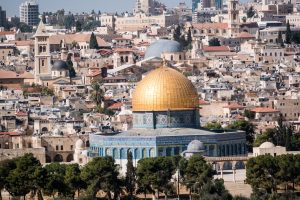