377A: Is That All There Is To Singapore’s Homophobia? 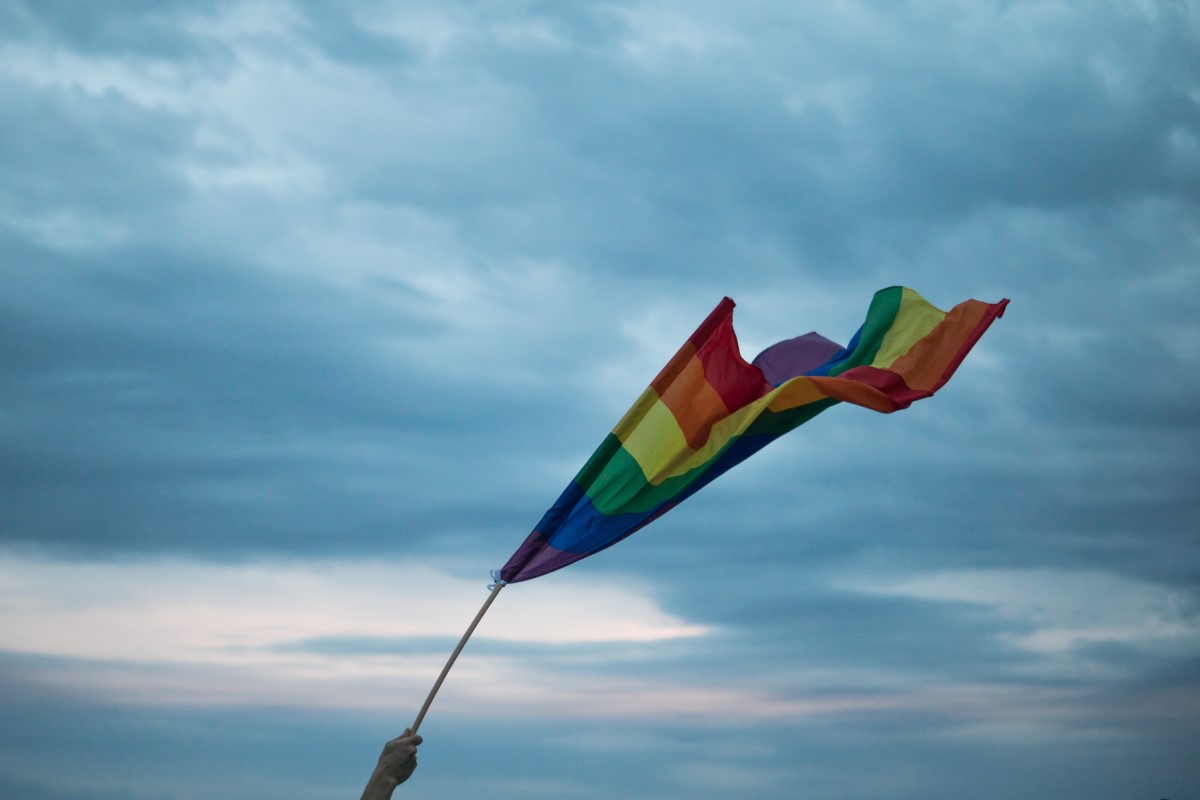 Section 377A of the Penal Code: the law criminalising sex between consenting male adults. This is a typical start to any essay on homophobia in Singapore’s society. Indeed, the jurisprudential landscape against homosexuals in Singapore prevents an expression of love in what is known as one of the most diverse and accepting countries in the world. However, there is something running deeper than just the matter of law and order: it is the homophobia that is ingrained in us from the day we are born.

The definition of homophobia: the fear, hatred, discomfort with, or mistrust of people who are lesbian, gay, bisexual, or transgender. In Singapore, it is common to hear that LGBT people are “going through a phase”, “against religion”, or it simply comes down to terms such as “they are not normal”. These phrases run rampant in our society, hushed whispers from the aunties in Toast Box at the mention of this “taboo” topic, clutching their purses and scooting away from those who carry a rainbow flag.

Even our Prime Minister acknowledges this, “Section 377A of the Penal Code will be around for some time… it is the way the society is.” Lee Hsien Loong’s statements towards the LGBT society in Singapore proves he glances over the aggressions towards LGBT people in their daily lives, deeming it as “unchangeable”. He defends his words with “I think it is unwise to force it (the repeal of Section 377A) because there will be a push back and you’ll end up with polarization and be in a worse place than we are.” Does an assumption that we will end up “worse than before” equal to not taking any action at all on LGBT targeted attacks in Singapore? Do Singaporean LGBT just have to endure these attacks while the leader of our country sits back and overlooks homophobia?

My main point is that LGBT Singaporeans face discrimination that goes deeper than Law 377A, whether unprovoked attacks or blissful ignorance of the situation. Headlines such as “Man who threw LGBTQ pride flag at eatery owner in Lau Pat Sat gets 24-month conditional warning” and “Police investigating 23-year-old man for threatening LGBTQ community in Instagram video” should appear on the front page of the newspaper, like any other racist or discriminatory attack against any minority group would be. Casual homophobia has weaved its threads into our society and tightened its knots in the mounds of homophobic comments made without a second thought daily.

The question is: Why are Singaporeans so against LGBT people?

LGBT people are not any different from any human beings. Many in Singaporean society believe that being LGBT is a mindset or a specific illness that can be corrected, that homosexuality can be turned into heterosexuality. In a survey conducted by the Institute of Policy Studies in Singapore in 2019, 88.6% of people feel that sexual relations between two same-sex adults are wrong. 50.4% of Singaporeans in the latest survey said gay sex was always wrong, and 83.6% of Singaporeans feel that gay marriage is wrong. [1]

Homophobia is especially prevalent in religions such as Christianity. Following these “spiritual teachings”, although they may be untrue, homophobia is passed down from generation to generation and vulnerable children are taught from a young age that LGBT people are not normal. In a survey conducted by the Institute of Policy studies on religion and LGBT in 2019, the survey shows that Christian respondents, who were more likely to hold conservative views on gender and sexuality, indicated the highest levels of concern over all of the potential consequences of allowing equal rights to LGBT such as repealing Section 377A, compared to those of other religious affiliations. [2]

From personal experience, I grew up in a Christian household where I was taught that gay people were wrong, and went to a Christian school for the most part of my life. I was constantly taught that a man should only love a woman, and regardless of gender, anyone who did otherwise had committed a “grievous sin” and were going “straight to hell”.

In primary school, the topic of homosexuality is untouched, leaving immature children to learn homophobic slurs (which comes with the rebellious phase of wanting to say curse words) and use them to their liking, without teachers or elders telling them what they are saying is disrespectful. “Gay” is used as an insult to say someone was stupid, or directed towards boys or girls who do something that does not conform to typical gender stereotypes [e.g boys who act feminine and vice versa].

If a student makes a racist remark, they are punished. However, homophobic remarks are not prohibited and students who use these slurs usually do not face repercussions. Why do schools allow students to make homophobic remarks without punishment? Is the use of a homophobic slur like “queer” or “dyke” not the same as a racist comment? It gives the impression that homosexuals deserve to have these slurs thrown at them.

The answer to the question: Singaporeans have casually integrated homophobia into our society, and there is no specific reason behind it. Or at least, one that offers a scientific explanation or logical reason. The idea that LGBT people are different, are weird, are “unique”, has been passed on for far too long. From a young age, children are taught that being gay is wrong, elders capitalising off their vulnerable immaturity to instill these false ideas. Aside from the common excuse that “it is against my religion”, there are not many reasons to show why Singaporeans dislike LGBT – because there are none that offer ethical reasoning. There is more to homophobia than 377A- it is the mindset and false teachings that have been passed down through generations.

So, what can we do about this?

Luckily, the number of people who support LGBT in Singapore is already on the rise. In 2013, six in 10 respondents (61.6 per cent) felt that sexual relations between two same-sex adults was always wrong. In 2019, that figure dropped to 50.4 per cent. In 2013, nearly six in 10 Singaporeans (58.8 per cent) felt gay marriage was always wrong, but in 2019, that figure fell to 48.5 per cent [3]. This shows Singaporeans are growing to be more accepting of the LGBT community in Singapore.

We must respect the LGBT as much as we respect any other person. As a member of the public, we should refrain from conforming to homophobic stereotypes and refrain from making homophobic remarks. If you feel safe doing so, speak up when other people are being homophobic, such as making offensive jokes, using negative language, or bullying or harassing someone because of their sexual orientation or identity. We should challenge common assumptions that everyone is heterosexual, and support out LGBT friends. These kinds of experiences can make LGBT Singaporeans feel uncomfortable. We should educate ourselves on LGBT related issues, and be a vocal supporter of the LGBT community, regardless of our own sexual orientation and identity. This is called being an ally.

As educators, we must teach children that regardless of their sexual orientation, bullying is not okay. Homophobic slurs should not be tolerated in schools or at home and children should be taught to not look down on anyone. Halting discriminatory behaviours in their early years will help to prevent further prejudice against the LGBT when they grow up. Consequences such as discipline policies should be enforced in schools to prevent discriminatory attacks against anyone of any minority group, regardless of their race, religion, gender or sexual orientation. There are plenty of chances to include positive discussions of diverse sexuality within learning areas. This helps to create a safe and inclusive environment for students, especially those who are LGBT, to grow up in.

Companies can create an inclusive atmosphere that permeates throughout the entire organisation, which includes healthy discussions about LGBT in the workplace. Complaints about homophobic attacks should be dealt with seriously to establish the companies’ stand towards LGBT in Singapore and allow LGBT Singaporeans working there to feel accepted and included, not just tolerated.

Starting with these issues being addressed in our daily lives, the long history of homophobia in our Singaporean community can be eradicated. 377A is not the only thing keeping Singapore from being a more accepting society- but rather the mindset of its people. I hope that you understand that LGBT people in Singapore are no different than any other, and they should feel included in an inclusive and caring community rather than shut out and ostracized.

[1] S’poreans more liberal towards homosexuality compared with five years ago, IPS survey finds. (2019, May 2). TODAYonline. https://www.todayonline.com/singapore/singaporeans-more-liberal-towards-homosexuality-ips-survey-finds
[2] Kurohi, R. (2019, October 31). Majority of Singaporeans uncomfortable with religious leaders speaking up on LGBT issues: IPS study. The Straits Times. https://www.straitstimes.com/singapore/majority-of-singaporeans-uncomfortable-with-religious-leaders-speaking-up-on-lgbt-issues
[3] Qvist, B. (2014, July 28). Challenges for LGBT people in the workplace and how to overcome them. The Guardian. https://www.theguardian.com/sustainable-business/lgbt-employees-discrimination-in-the-workplace-talkpoint
[4] How Are LGBT Youths Affected by Discrimination and What Can Schools Do to Help? (2017, March 31). York College / CUNY. https://www.york.cuny.edu/english/writing-program/the-york-scholar-1/volume-5-fall-2008/how-are-lesbian-gay-bisexual-and-transgender-lgbt-youths-affected-by-discrimination-and
[5] What is homophobia? (n.d.). Planned Parenthood. https://www.plannedparenthood.org/learn/sexual-orientation/sexual-orientation/what-homophobia