Grief and Sacrifices Aside, Dementia Caregivers Find the Heart to Love 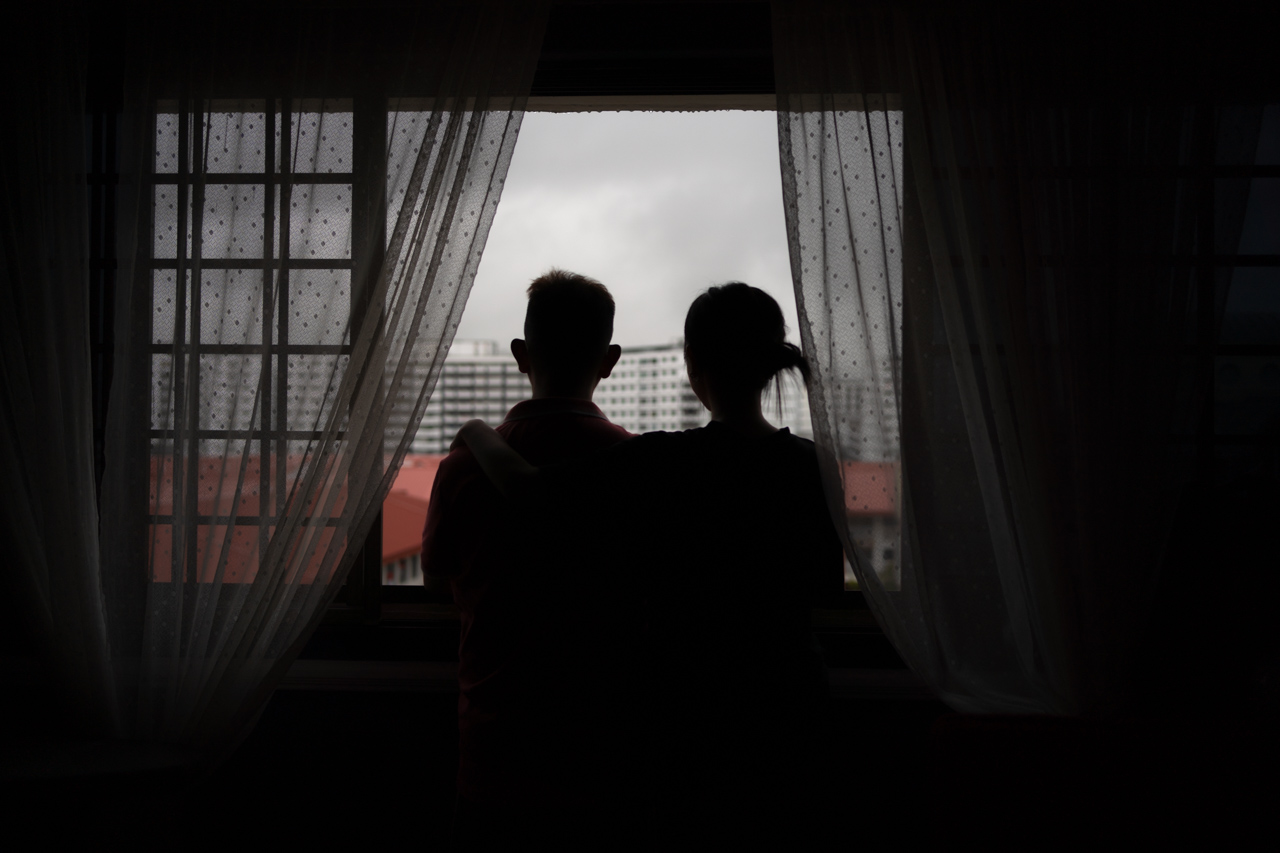 All photos by Stephanie Lee for RICE Media.

Among the many classic stories written in a Confucian filial piety text (also known as ‘Twenty-four Filial Exemplars’), one goes by the title: ‘He Sold Himself to Bury His Father.’

It’s a story of how one dedicated son sold himself as a slave to afford a proper funeral for his deceased father. Retold since the Han Dynasty by generations of parents, stories like these established conventional Asian ideals of filial children. Like being self-sacrificial to a fault.

Don’t get me wrong—most children genuinely take pride in providing their best for their parents. In many ways, caregiving is a love language that provides purpose and fulfilment to varying degrees. Still, challenges remain aplenty.

Just ask those who’ve witnessed their parents’ health dwindle due to progressive illnesses like dementia. The journey never gets easier. Even so, they’ve continually found the heart to care. With caregiving being a wholly demanding job, how do some of them find balance? Who will care for the caregivers?

Taking It In, One Step at a Time

Today, around 1 in 10 people aged 60 and above in Singapore are diagnosed with dementia. Topped with our country’s increased life expectancy and rapidly ageing population, the number is expected to rise.

For Oniatta Effendi’s father, it was several years ago when the signs of dementia began to show.

“He asked me if I was going to work,” the 48-year-old entrepreneur recalls. “A few minutes later, he asked again.”

Then, she took him to the hospital. It was heartwrenching witnessing her once independent father being asked to name the Prime Minister, and to count from one to 10 backwards. The tests, in some ways, broke a little bit of Oniatta inside. “Honestly, they felt rather intrusive,” she recalls.

Though Oniatta’s father might have mistaken the current Prime Minister as Lee Kuan Yew, math remains his forte. In his prime, he was once an educator. Naturally, he nailed the counting test.

With her father officially diagnosed with dementia, each day is a juggling act for Oniatta. A typical morning sees her ensuring that her dad’s pills are well-stocked and orderly placed. That’s all before preparing herself for a long day of work.

As the founder of Galeri Tokokita, a homegrown fashion boutique dedicated to reviving traditional batik apparel for modern times, her days are filled with meetings, designing, logistics and sourcing of materials from Indonesia. All while caring for five growing children aged between 7 to 18.

That’s not accounting for scheduling her father’s medical appointments, along with driving him to every single one. Clearly, she’s pulled in all directions. There’s newfound respect. I can barely focus on doing one job well, let alone this many.

Fortunately, Oniatta doesn’t shoulder these responsibilities alone—her husband and mother are all part of the caregiving equation. Unlike many others in a similar situation, she has more control of her time as a business owner. Relatively, she counts herself blessed.

That doesn’t discount the toll caregiving takes on her. A simple question of “How has it been for you?” is all it takes for her voice to shake. Tears begin to flow as we speak, but she pulls herself together quickly, as though out of habit.

“Nobody teaches you how to do this. You get there and you throw yourself into the deep. You just have to figure out what works,” she notes. “As children, we always want the best for our parents. We just don’t always know if we’re doing it right.”

Oniatta has had difficult conversations about shouldering the weight of caregiving with her older sister, who migrated to Canada five years ago. “I know it’s not easy on her end too. It’s never easy to watch your parents from a distance. But we try our best together.”

With the travel restrictions eased, Oniatta’s sister managed to return to Singapore for six weeks back in May.

“I was very thankful for her presence. It’s always nice to have someone on the same team,” Oniatta shares, tears welling up in her eyes once again.

It never crossed Oniatta’s mind to outsource care for her father—largely because the family is tight-knit and her father is still relatively mobile. She’s aware that guilt is something that often holds people back, perhaps due to external pressures and the fear of judgment.

She remarks that there shouldn’t be any form of guilt, especially if someone needs extra help. “It boils down to your intentions.”

“I suppose when I have to cross the bridge, I’ll cross that bridge,” she shrugs.

Rather than thinking her father’s condition is ‘kesian’ (pitiful), which she once did, Oniatta has since learned to embrace him for who he is today. “If anything, it’s the people around him who are holding onto old memories. My father doesn’t remember pain like we do. How is that kesian?”

Until then, Oniatta finds joy in the little things: like singing tunes with him (particularly songs by Indonesian artists Bob Tutupoli or Broery Marantika) and going through photo albums together. She’s also learned that her father’s love for mathematics will never dim, even with dementia. Just like her love for him.

Obligation or a Willing Duty?

This seems to be a common case: dementia caregivers rarely ask for help. Maybe they’re trying to avoid feeling like a burden. Maybe it’s about avoiding shame. Oftentimes, it leaves them overwhelmed.

That was the case for Maya*, an independent consultant in her early 50s.

Maya requested to be fully anonymous for this story as a way to protect her father: “Even with his poor memory, he looks out for me. I don’t want him feeling like he’s been even more of a huge burden,” she explained over a call.

Like Oniatta’s case, it all started with Maya’s father forgetting the little things as we do—like where he placed his keys and where he parked his car. But then he started struggling to retrace his steps.

Her father was formally diagnosed three years ago, and the two now live together under the same roof in a 5-room HDB. Since then, they’ve hired a helper to ensure that basic necessities like food are taken care of. Meanwhile, Maya arranges her father’s schedule: medical appointments, yes, but also something just as important.

“I make sure my father has adequate activities planned throughout the week.”

She explains that art, music and puzzles can greatly help sustain the condition. “Anything to stop the condition from worsening, basically. I specifically seek out centres well-equipped for his needs. It’s never a one-size-fits-all solution.”

Maya doesn’t shy away from the truth. Among her siblings, she’s the only one who’s single. With no children to care for, the role naturally fell upon her. As a self-employed consultant who runs workshops for organisations, it helps that the nature of her work is flexible at least.

Maya was more than willing to step up. To her, it was a no-brainer.

“I love my dad, and we do have an unbreakable bond. Even so, a little bit of resentment was building up in the initial stages.”

The resentment was never towards her siblings, she stresses. “But at one point, I began feeling so burned out. That’s when I broke down and asked them to be more involved with the caregiving.”

Part of Maya’s daily duties is having meals with her dad, which was easy during the Covid period when people were all cooped up anyway. But even after restrictions eased, she continually struggled to get a dose of social life.

Caregiving started encroaching into Maya’s personal time—it reached a point where her close friends sensed something was up. “I had to put my father first. I started to feel deprived and isolated,” she says.

In speaking to more people, it wasn’t long before Maya realised the importance of additional resources and support.

Today, she’s learned to reach out to a network of people, both online and in real life. Her brother now ferries their father to certain places; other siblings make it a point to stop by for regular family dinners.

“You’d be surprised. Friends who are not in the same caregiving situation can make for great comic relief!” Maya exclaims.

“They add a touch of silliness to life, and sometimes it comes with wacky advice. “They’ll say things like: “You should have responded differently—just ignore him or confiscate his items lah.”

Sometimes, a good laugh is the perfect form of levity.

Caregiving isn’t like a typical office job where you simply can clock in and out. It’s a role that none of us are really ready for. Maya points to three key things that keep her going: acceptance, patience and love.

Those three things are crucial, she says, especially when family members typically refuse to accept the condition. If so, that may result in a seemingly inescapable cycle of frustration.

“I’m still teaching myself all that. At the end of the day, we have to try—not just for our loved ones but also ourselves.”

Thrown Into the Deep End

The most jarring aspect of caregiving is the sense of becoming entirely out of sync with oneself. It can be all-consuming, overwhelming even. It’s precisely why dementia caregivers are deemed invisible second patients.

In a recently published Mandarin memoir titled “老妈教会我的事” (Lessons My Mother Taught Me), Montfort Care’s Founder and CEO Samuel Ng details his intimate journey of dementia caregiving as part of the Heart to Love campaign.

Many of Samuel’s struggles mirror the profiles in this story—along with his siblings, they’ve learned to cope with the immense pressure that comes with caregiving. It was heartbreaking for them to witness the gradual changes in their mother’s habits and personality.

In the later stages, they collectively found it unbearable to send their mother to a nursing home. Though it eventually needed to be done, that doesn’t mean they love her any less.

Not one of the caregivers I spoke to regretted undertaking the role, but they’ve all pointed out the importance of support.

Oniatta stresses: “On a systemic level, organisations should bring more awareness about dementia and the reality of caregiving. The public needs to be educated about such topics.”

“Society needs to accord the same kind of compassion not just to the elderly but their caregivers too.”

There are no right or wrong answers as to how someone should be cared for. Clearly, we need to meet caregivers where they are in their journey—to forgo judgment and validate their individual experiences.

Only then can they have the strength to ride the waves and remember that they need to care for themselves too.

This story is brought to you in partnership with Montfort Care.

Montfort Care has recently launched Heart to Love, a campaign that seeks to rally support for dementia caregivers by surfacing their long and often challenging journey. The campaign hopes to inspire conversations on the everyday and long-term realities of these caregivers. 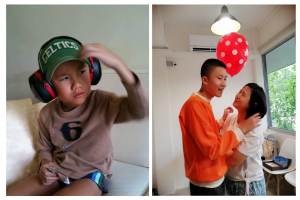 When someone would literally die if you didn't exist.