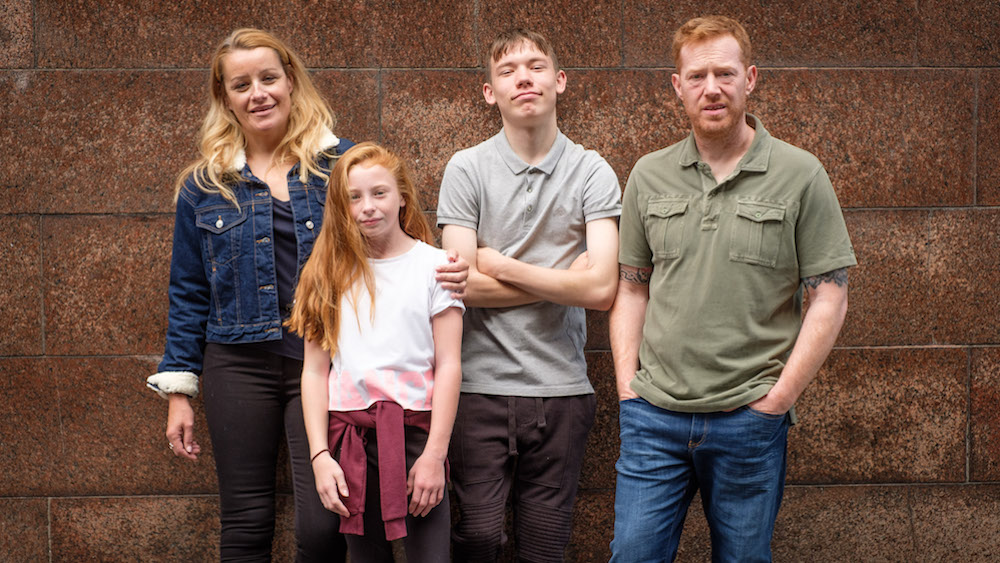 Like most revolutions, the Gig Economy was born under a rallying cry: Freedom! Flexibility! Escape the Tyranny of Your 9 to 5 Work Day!

Who doesn’t dream of being their own boss? With the ability to set their own schedule? There’d be no manager breathing down our necks. No pointless meetings or mandated OT.

But at what price does this ‘freedom’ come at? On whose terms? And if something goes wrong, who shoulders the pain?

British director Ken Loach raises these questions in his new film Sorry We Missed You, which has a special ‘circuit breaker’ premiere on VOD until June 1st, in partnership with The Projector Singapore and local distributor Anticipate Pictures.

In the end, the film says, the people who get crushed by the gig economy are the families who can afford it the least.

Master Of Your Own Destiny or Slave to Technology?

While Sorry We Missed You takes place in Britain, the film’s plot wouldn’t feel out of place in #SmartNation Singapore, or anywhere else in our connected and digitised world.

The story opens with a job interview for a delivery driver. The applicant, Ricky Turner, has held every manual labour job imaginable, as he struggles to make ends meet to support his wife and two children. The interviewer, Maloney, is a hulking, brutish figure, who viewers are led to believe is the film’s main antagonist.

“You don’t get hired here, you come onboard. You don’t work for us, you work with us. You don’t drive for us, you perform services. There’s no employment contract. No performance targets. You meet Delivery Standards. No clocking on, you become available. You sign up with us, you become an owner-driver franchisee. Master of your own destiny, Ricky. ”

Ricky gratefully accepts this non-job. Immediately, he has to put his family further into debt to buy his own delivery van (an ‘investment’), as he embarks on his ‘self-employment’ journey.

Soon afterwards, Ricky gets introduced to something far worse than having a boss. It’s the digital handheld scanner used to scan every package and track his every move, from the depot to the customer’s doorstep.

“This scanner is the heartbeat of the depot,” explains Maloney. “You look after it, it’ll look after you.”

It’s like playing a game of Overcooked. The scanner, or ‘gun,’ as the drivers call it, plans Ricky’s routes. The name of the game is to hit your ETAs (Estimated Time of Arrival). “Precisors” are packages that need to be delivered at precise times to high value customers—with dire consequences for drivers who miss the delivery window. The machine also beeps every two minutes to warn drivers when they’ve been idle too long.

Which brings us to the most essential item that every delivery driver keeps on hand: an empty bottle to piss in to avoid missing their delivery targets.

Ricky quickly learns that the “choice” he was given was really no choice at all. The only difference now is that the company can skim off the top, while Ricky bears all the costs and risks that come with self-employment.

‘Sorry We Missed You’ is also the note that delivery drivers leave on a customer’s doorstep when no one’s home, often containing instructions for where they can pick up their package.

Ricky and his wife Abbie are also never home. In fact, the family rarely sees each other at all. Abbie works as a carer for the elderly and mentally infirm. She’s a health care ‘contractor’ who services her ‘clients’, getting paid a fixed rate per house call (no matter how long those visits last or what special attention her patients need).

Throughout the film, the parents leave voice messages for their teenage son Seb and younger daughter Liza Jane on how to feed themselves, or reminding them to do their homework. But it’s clear that neither parent is in their childrens’ lives much, except in the evenings when they’re both exhausted.

This family absence and lack of attention hits their son Seb especially hard. The scenes where Ricky and Abbie have to deal with Seb’s teenage angst are the best advertisements I’ve seen for contraception for single people and younger couples. Yet it’s also hard for viewers to empathise with Seb, because we know that every one of his fuck-ups, from skipping school to shoplifting, is directly costing the family money they desperately need to survive.

Who’s the Real Villain In The Gig Economy?

Throughout the film, the depot supervisor Maloney is portrayed as the villain. He displays no empathy or remorse for his drivers, even as their home lives fall apart. But in one scene with Ricky in his office, Maloney offers his side of the story:

“All the houses you go to, all the faces you see, the people you speak to. Has anyone ever genuinely asked you how you are? They couldn’t give a shit if you fall asleep at the wheel and go head on into a bus. All they care about is price, delivery, and the item in their hand.”

In the gig economy, Maloney sees himself as the protector of the depot and his driver’s families. His depot has the best performing figures in the country. Why is he Number One?

“Because I keep [the scanner] happy,” he explains.

All customer data gets fed into the scanner. The scanner is in competition with all the other scanners in all the other depots around the country. This is what decides the delivery contracts. It decides whose family lives and whose family dies. Whether Apple, Samsung, or Zara want their items delivered by Ricky—or someone else in this globalised world who can do it faster and cheaper.

Maloney describes a system where everyone from the tech company to the consumer shoulders responsibility for the Gig Economy:

Until it all reaches a human breaking point.

What This Movie Means for Singaporeans

Watching a film that depicts working class struggles can often be a lose-lose proposition. If it’s executed well, you become depressed. If done poorly, you either feel bored or lectured at.

It’s rare to find a film that can walk the line between scrutinising these human struggles and capturing the bright and vibrant moments of daily life. In these moments of humour and levity, Mike Leigh’s Life is Sweet comes to mind.

Ken Loach’s Sorry We Missed You isn’t quite up to that standard. But if it’s any indication of its competence, I was thoroughly depressed after the movie ended.

So what does this mean for Singaporeans?

Maybe it means tipping your Grab driver a little extra during this CB. Not complaining when your meal arrives a little colder or later than you would’ve liked. Overall, just being more aware of the human being and family behind the button we push on our phones.

On a broader level, the film raises questions on what things we should be optimising for. Is it more productivity? Speed? Convenience? Should this come at the cost of human dignity and relationships?

Because our attention and care for our loved ones is one of the rare things that can’t scale. There’s no measurable return on investment on time spent with our parents, sons, or daughters. It shows up in other ways.

We can either appreciate these moments while they last, or it’s gone. We’ve missed it. And there’s no note to be left on the doorstep that can bring us back again.

Support a local business this weekend.

‘Sorry We Missed You’ is available for VOD streaming until June 1st. The proceeds will be split 50-50 between The Projector Singapore and local distributor Anticipate Pictures. Also consider signing up for a Projector membership or other gifts. This is not a sponsored post, btw.

Have your own thoughts on the gig economy? Tell us at community@ricemedia.co. 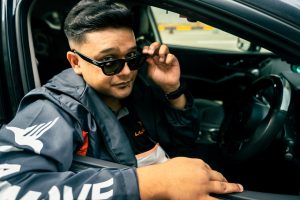 Three packages. One pair of shades. One delivery app. Just a regular day in the life of a delivery driver-partner.