When I was younger, I used to loathe Chinese New Year with every fibre of my being. It meant taking time to dress up, forcing myself to talk to people I wouldn’t otherwise approach if we weren’t related by blood, and updating an uncle for the 534th time about what I was doing in life.

Once, I even fantasised that a flower pot would land on my head as I walked under HDB flats with precariously balanced killer litter on their window ledges. It would render me temporarily immobile (or dead), hence unable to go visiting.

Across the course of last year, I started getting tired of feeling tired. I decided to take charge of my perpetual misery. “Why suffer when I could use my professional networking skills to tide me through draggy reunions?” I thought. Since I enjoyed networking on the job, pretending my family reunions were work events inadvertently made them more bearable.

All of a sudden, the gloom … vanished. Perhaps I needed to be proactive in order to make myself feel better, because I believed in a common saying, “Fortune favours the bold.”

But after comparing experiences with a few friends, I quickly realised mine was the exception. Without the pure, childlike ‘joy’ of receiving ang baos as a kid, many people start to feel more jaded towards Chinese New Year as they age.

So, I told them, this is how it all started.

I taught myself to see my relatives as subjects and interviewees with weird and wonderful stories. Going from apathetic participant to curious observer at reunion dinner allowed me to quietly observe the mannerisms of doctors, lawyers, and engineers, and not just people I had only ever seen as ‘family’.

In the past, they always seemed more like inaccessible ‘types’ of people rather than actual human beings. And by catching the microaggressions directed at each other, I often attempted to deconstruct their veneers of happiness. In hindsight, entire conversations would have been perfect fodder for Subtle Asian Traits, had the Facebook group existed then.

It might seem tricky, but psychoanalysing your relatives is in fact rather intuitive. First, start by noting down certain habits, such as how your showy cousin takes several Insta-stories an hour yet refuses to socialise with the rest of your relatives.

Next, play mental games with yourself. For instance, time how long it takes from the moment you step into your grandparents’ house for them to suggest you should get married soon. If it takes longer than 15 minutes, reward yourself with a pineapple tart.

Then, note the differences in the use of language among different generations when engaging in the same topic. Your millennial and Gen Z cousins might, say, discuss politics using American political jargon, while the older generation might use words like ‘accountability’ and ‘transparency’.

While these passive observations start as a way to pass time, you end up genuinely having fun learning about your relatives. All you need to do is pay attention.

Small talk is not the enemy

Obligation is the enemy. It is the pervasive, sickening feeling of doing what you don’t want to do, simply because social, cultural, and familial norms say you’re not a ‘good’ or ‘respectful’ person if you don’t.

The trick to overcoming this is believing you want to make small talk, which isn’t easy to do. But hear me out.

I once regarded small talk with the special kind of disdain reserved for any conventionally ‘frivolous’ topic; I, an intellectual who reads books, had no time to ask what someone thought about the food or where they bought their outfit.

After I started working, I ate my words. Small talk is a necessary social lubricant, a legitimate social tool when applied correctly. It functions as the base level of comfort from which both parties can launch into deeper topics, such as what the other person does for work and if they’re happy at their jobs. For one, I have the innumerable Netflix shows I watch to thank for smoother conversation.

By replicating my ability to make small talk in professional settings at family reunions, I’ve realised it’s tiring, unnecessary, and even foolish to constantly delve into ‘meaningful’ topics, especially if the ‘connection’ isn’t going to carry on beyond the reunion.

Hand to heart, I can now say I truly enjoy making small talk. Mastering the art of prolonging a conversation about a relative’s colleague’s sister’s dog has fundamentally changed my experience with family reunions.

Stand up to probing relatives

My grandparents used to corner my cousins and I to ask whether we were attached or when we were getting married. Occasionally, they would also comment on the weight we had gained. These comments would be intended for our parents, yet they were always loud enough so everyone else in the room could hear, single-handedly body shaming the entire family.

It bothered me immensely, but because I wanted to ‘respect my elders’ and not come across as ‘too sensitive’, I never dared to retaliate.

Yet when I did a quick poll among friends, half of them wanted me to educate my grandparents and another half said I should let it go. At 28 years old, I’d like to think I no longer care about ‘face’ to do the latter, so I may just find the courage to stand up to them this Chinese New Year.

While tact may be necessary when calling out your relatives’ insensitive behaviour, especially if they’re much older, it’s more important to be straightforward if you have reached your wit’s end. Whether the snide remarks were directed at you or another relative, tell them it was uncalled for and explain why they should apologise.

Alternatively, direct the focus back to them. Ask why gaining weight or not being married at 30 is such a bad thing—and keep pestering them until they give you a sound answer. If you’re feeling petty, ask them why they remain so obsessed with frivolous concerns at their age.

If you can sense an unnecessary comment coming your way, pre-empt it by joking about yourself. Ask why no one has yet asked about your relationship status after five minutes at dinner. Your relatives might finally catch the drift that their attempts to shame won’t bother you; you may also end up being a role model for younger relatives to be more self-assured.

But if you’re less confrontational, be bold enough to simply walk away once they broach personal topics or pull out your phone to scroll through social media. Ideally, this should establish a firm sense of your personal boundaries.

Of course, there may be consequences, such as initial awkwardness, defensiveness, or pettiness. They may even decide to reduce your ang bao money. But no longer having the need to watch everything everyone says or does can be liberating and pave the way for more meaningful interactions.

Besides, if you continue taking people’s microaggressions without complaint, they will learn to treat you the way you allow yourself to be treated. As far as self-respect goes, yours should be worth far more than vain, obligatory tradition.

Frankly, WiFi would be a great addition to family reunions. I’m all for putting our phones away during conversation, but the ability to turn to your phone to either start a conversation or to exit one is underrated and valuable. For instance, when you want to share something interesting you saw online or discuss a particular TVB show.

Ultimately, so much of our lives are lived online that it seems silly to still regard social media as evil, and to shame anyone for using as much data and WiFi as they want over Chinese New Year. In fact, it’s as silly as attempting to subtly weave in a brand tie-back for this sponsored ad.

And so, here is my shameless plug: MyRepublic can help you survive your painful, monotonous Chinese New Year family reunions.

But if you’re visiting a relative’s house without WiFi, MyRepublic’s mobile plans are just as swell. It gives you boundless data, ensuring you don’t get charged a cent more for going over your data allowance.

So there you go. With sponsored ads as with standing up to rude relatives, getting to know an introverted relative better, and deciding that you will maintain a positive outlook this Chinese New Year, being bold is sometimes the only way to do things. We can all afford to choose our own destiny.

After all, fortune won’t hand out favours to those who spend their whole lives tiptoeing around who they really are and what they really want.

Should you be bold enough to make the switch, check out MyRepublic’s mobile and broadband plans here. Getting more than one shot at winning $888 in cash doesn’t hurt either. 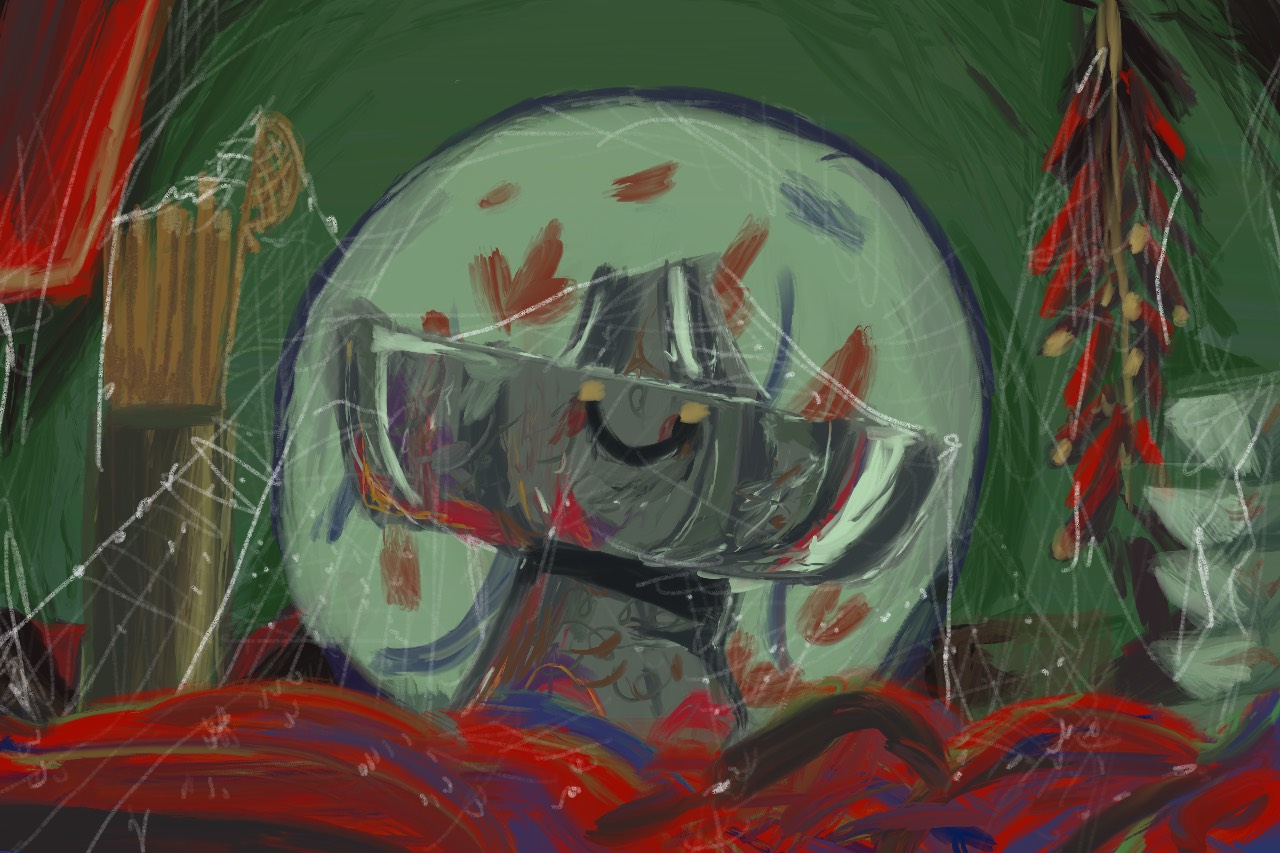 Dear Singaporean Chinese Millennials, Will Reunion Dinner Endure When Our Elders Pass On? How Do Singaporeans From 3 Different Income Brackets Live Their Lives?