An Ang Moh’s Take on Burger King’s Mala Burger: Not Spicy Enough. At All.

Ever since the dining hall at school closed for the summer, my diet has been absolute shit. My vegetable intake has been cut in half at least, and even when I do eat them, they are doused in oil and salt a la cai fan.

My breakfast, which used to include fruits and ample protein, has been reduced to a bowl of cereal. Lunch will typically be something pretty unhealthy from a hawker centre. On a good day, dinner is cai fan. On a bad day, it’s an egg fried in butter atop a bed of undercooked Indomie. (I’m too impatient to actually let the noodles cook all the way.)

To summarise, my diet so far this summer has been absolute shit. So why not add another unhealthy aberration, likely on par with all the other trash I have ingested so far, to the mix—the Mala Stacker?

Even as an ang moh who can kinda handle spice, I also expect it to tear me a new one.

Like any other typical workday, I wake around 7:45 AM, get dressed, make coffee, and wolf down a bowl of cornflakes with enough calories to last me till about noon, when I start feeling lethargic and hungry.

For some reason, my hunger is particularly acute at lunchtime. So I take my hunger as the sign that today is the ordained day to agonise over the four-layer promotion that should have never been.

When I get to Burger King around 12:25 PM, I am surprised by the long lines at both digital ordering kiosks as well as the cashiers themselves. I notice that nearly everyone is ordering the Mala Stacker.

Naturally, I get excited. This is Singapore: if everyone is getting it, then it must be good!

When I finally get to the kiosk, I, like the customers before me, order a beef Mala Stacker. But instead of getting the two-patty value meal like a pleb, I opt for a regal FOUR patties upsized meal with a latte just for shits and giggles.

In total, the bill comes to $14.20—the most I have spent on a single meal just for myself at a fast food restaurant in recent times.

My disappointment with the Mala Stacker starts even before I start eating it. The wait after ordering my food is about 30 minutes. It should be illegal to call yourself a fast food chain if you don’t serve meals in under 15 minutes.

Back in the office, I unwrap the burger. I am sweaty and ready to devour four layers of assorted ground cow parts.

The patties are bent and drooping like Squidward’s nose. There’s a lily-white mystery sauce oozing out from the layer right below the top bun, and I can faintly make out the bits of green cucumber protruding from under the bent patties. It does not look particularly appetising.

Still, the first few bites are quite pleasant! There is only a faint taste of spicy chilli oil, and the lily-white mystery sauce along with the cucumber is refreshing. It isn’t particularly flavourful, but I am hungry as hell and have a job to do.

That all changes once I get closer to the centre of the burger. After the third bite, I run into the actual “mala” part of the mala burger—a thick layer of dry seasoning over every patty that is supposed to imitate the flavour of mala xiang guo.

Quite frankly, it fails to do so.

Not only is it strange ingesting mala in dry, powdery form, but the flavours are just wrong. The most egregious sin of the Mala Stacker is that the mala powder includes copious amounts of fairly large sugar crystals that I crunch under my teeth.

Even without typical mala oil, the burger leaks onto the floor and leaves the bottom bun soaked—which is poignantly flavourless. Maybe a truly flavourful mala oil is just hard to replicate and mass produce in the same way that powder is.

To Burger King’s credit, though, the mala powder does have a noticeable numbing effect, which I have found some mala hot pot stalls lack. However, the burger itself isn’t very spicy—something like a 微辣 (wei la) on the mala xiang guo spectrum.

As a 小辣 (xiao la) guy myself, I definitely don’t find the spiciness level sufficient. Sad!

All in all though, it is a sugary, strange textured, vaguely mala flavoured, stack of meat stuck between two soggy buns. That’s as best I can do to describe the experience of actually eating it. 3/10. Would not recommend.

The whole experience of ingesting and digesting this so-called “mala” burger is utterly inauthentic when compared to other mala misadventures.

For instance, a couple of years ago, I went to a Sichuan restaurant with my then girlfriend. All I remember was that a large bowl of what appeared to be a sort of mala beef stew. It was quite literally the spiciest thing that I have ever tried to eat.

You’d expect that after seeing two ang mohs, the waiter would tell the chef to go easy on the spice. But no.

At first, I told myself that it was actually quite tasty. Yeah, my face was on fire, but it was authentic. As a cultured, cosmopolitan young world traveller, it would be uncouth not to enjoy this fine foreign delicacy. My girlfriend, on the other hand, wasn’t having it.

By the time I gave up and realised that enduring the pain of eating this fiery concoction would only serve to slightly retrieve my dignity, my face was so numb that I literally couldn’t feel my face when I poked my cheeks with my finger. I didn’t love it.

I spent about 1.5 hours out of my 17.5-hour flight home the next day holed up in the cramped bathroom. My stomach ached like nothing I had ever felt before, but at least the exit was completely numb. I am only glad that the flight attendants didn’t assume I was tampering with the smoke detector or building a bomb in there.

That is how I envision real mala to taste and feel, and not the so-called mala experience I had at Burger King.

While I realise that it is probably difficult (not to mention, not in their best interests!) for Burger King to replicate a truly ‘authentic’ mala experience, the Mala Stacker was still a poor attempt at doing so.

After all, the following day, I was somewhat disappointed to find the burger was even more banal coming out than it was going in.

Was your experience with the Mala Stacker any different? Tell us about it at community@ricemedia.co. A Singaporean Who Doesn’t Take Spicy Food is Not Singaporean. Discuss. 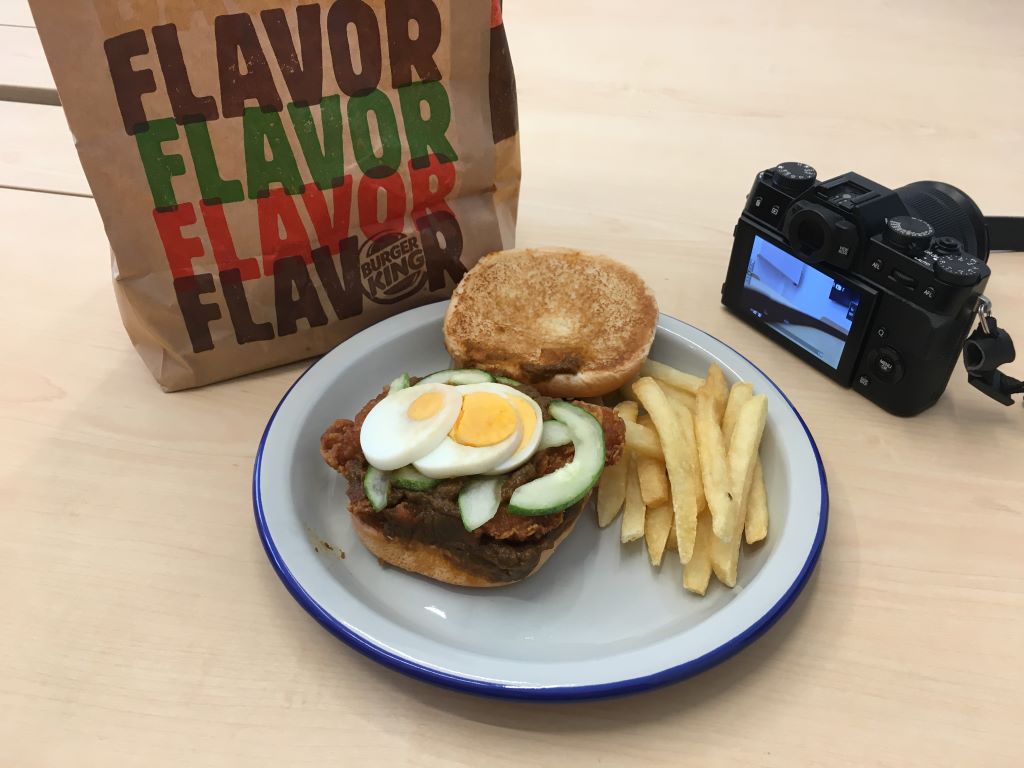 Laksa Burger Review: “Dear Burger King, We Love You But This Needs To Stop” 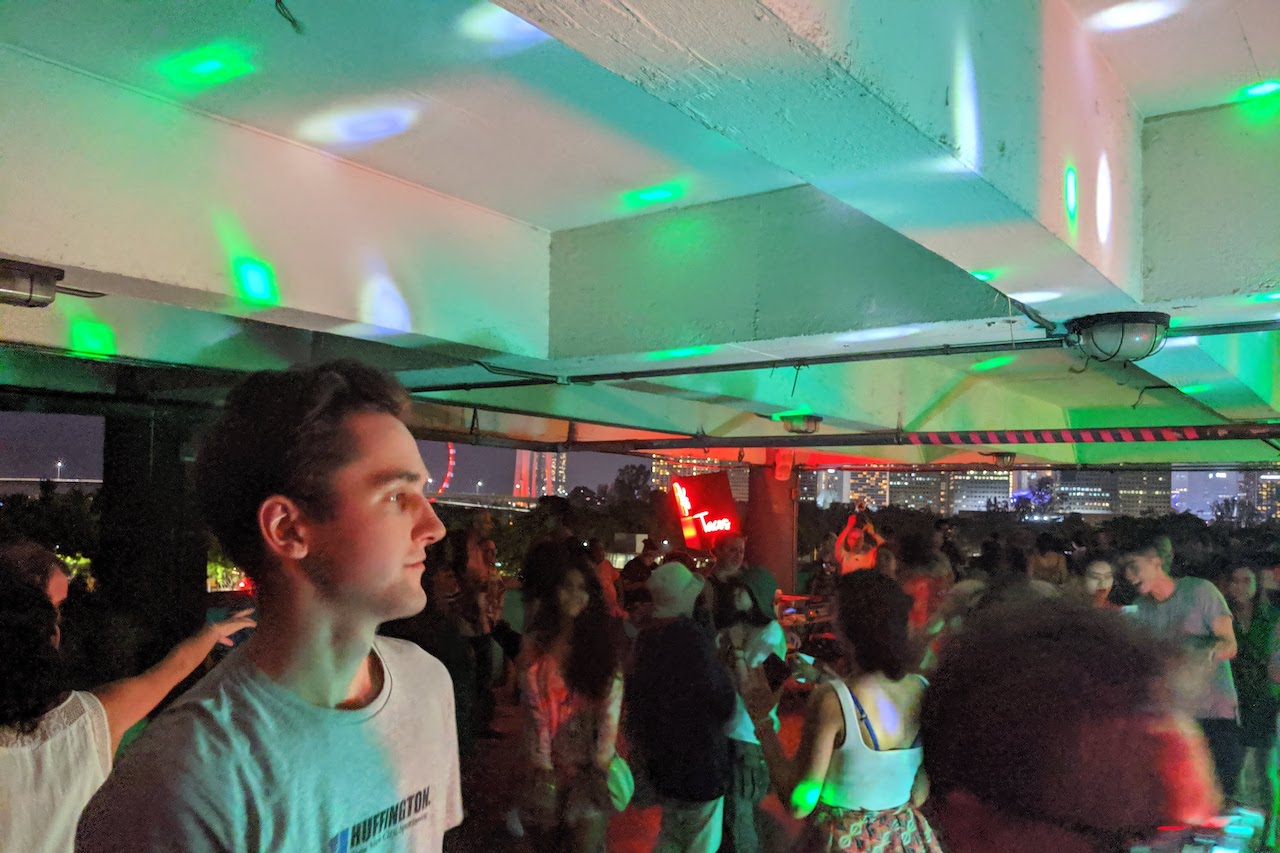 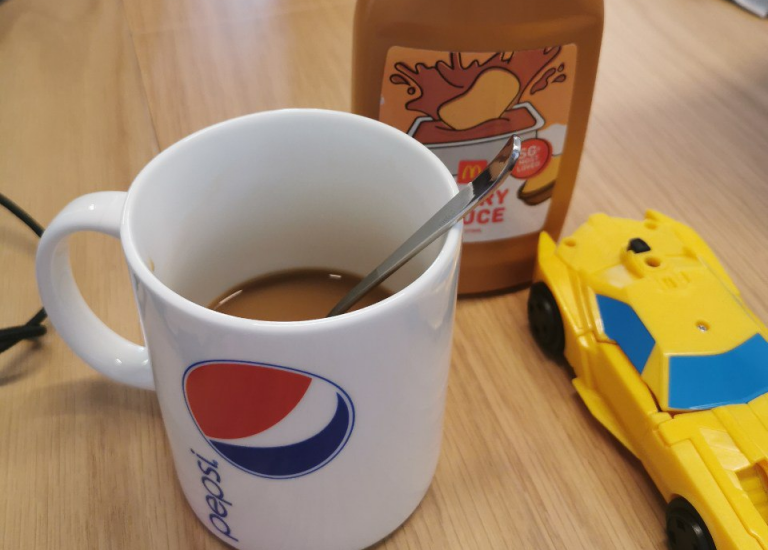