Being A ‘Kiasu’ Singaporean Wasn’t Always A Bad Thing. So What Happened? 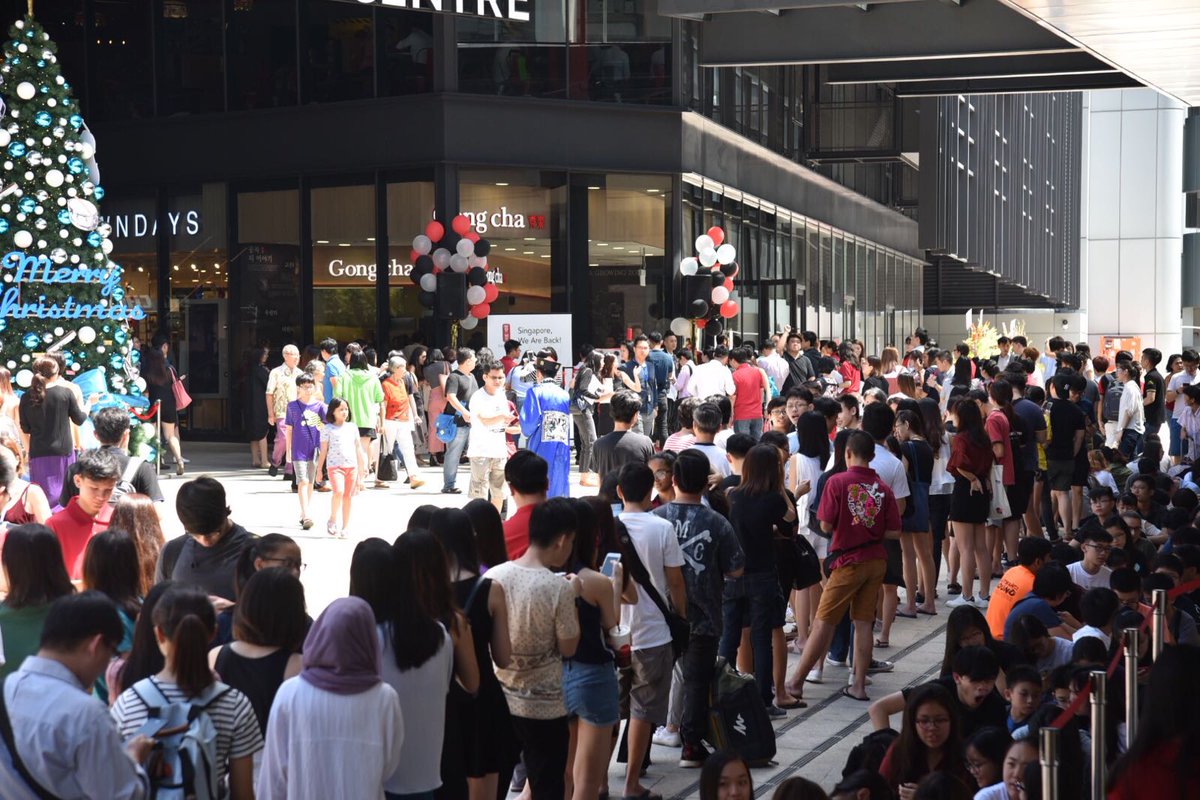 Of all the myths in Singapore, none is more ridiculous than the notion that Singaporeans are Kiasu.

Don’t get me wrong. I won’t deny for a moment that some Singaporeans engage in ‘Kiasu’ behavior, like sending their child for unnecessary tuition or grabbing free napkins. What I’m suggesting, however, is that those behaviors are not just normal, but universal.

‘Fear of losing’ is NOT a ‘national’ characteristic that belongs exclusively to Singapore, because every nation with a modern  economy is, to some extent, very Kiasu.

Consider the USA. Singaporean parents are often accused of kiasu-ness for sending their children to expensive tuition or ‘volunteering’ at desirable primary schools to secure admission, but are they really any different from middle-class American parents? They match us dollar for dollar in SAT prep, college application tutors, and various activities to pad out the US equivalent of CCA points.

However Kiasu we are in the dispensing of Brands Chicken Essence, nobody in Singapore has yet sued NUS for ‘discrimination’—as one Kiasu American teen named Abigail Fisher did, when the University of Texas (Austin) took a pass on her application.

Consider the United Kingdom. Having studied in the UK for 3 years, I learned nothing except that English civility is a myth invented in the 1990s to sell romantic comedies starring Hugh Grant.

The British are no more polite than any other nationality. Londoners are often celebrated for their orderly queues, but anyone who actually takes the tube every morning will know it’s a lie. However ridiculous you might find Bag-down Benny or Move-in Martin, it is infinitely preferable to the UK edition of courtesy, where a angry city banker screams profanity at the top of his lungs because: “WHY DON’T YOU FUCKING MOVE IN SO THE REST OF US CAN GET ON !?”

Consider China. In 2011,  a toddler named Wang Yue was run over twice on the road and ignored by no less than 18 passers-by, all of whom were ‘afraid’ to get involved lest that they be accused of causing injury to the dead child.

Consider Malaysia, which recently got its panties in a twist because Singapore applied for UNESCO Heritage Status for Hawker Culture.

Consider Japan, where the presenteeism—aka show face—is so extreme that people literally die from trying to make a good impression on their boss.

Why such behaviour should be labelled ‘hardworking’, ‘ambitious’ or ‘assertive’ in other countries, but disparagingly termed ‘Kiasu’ in Singapore is a question that deserves an answer.

It seems to me that nobody has a monopoly on Kiasu; some countries just have a greater talent for branding — or self-delusion.

This double-standard arises because we misunderstand what ‘Kiasuism’ is, and its origins.

Amongst politicians and plebs alike, there is a general assumption that the Kiasu mentality is some inherent, immutable quality, as unchanging as the tides. Singaporeans are Kiasu in the same way that Russia is cold and sloths are slothful.

I would argue this is patently false.

For a start, the stereotype of the Kiasu Singaporean didn’t emerge into public consciousness until the 1990s. As NTU researchers noted in the 1998 paper, ‘A Preliminary Study of Kiasu Behavior – Is It Unique to Singapore?’, the early 90s was the era when Kiasuism evolved from personal shortcoming into National Vice.

1991 saw the publishing of Johnny Lau’s Mr. Kiasu comics. The artist’s sardonic take was quickly followed by more serious responses, like a 1993 National Courtesy Campaign to curb Kiasu behavior, extensive press coverage from 1992 to 1996, as well as a number of quasi-academic attempts to unravel Kiasuism’s patient zero.

The answers they came up with were not very convincing. Some blamed genetics because Singaporeans were ‘descendants of migrant coolies, traders and merchants, not the cultured scholar class’ (Koh, 1995, ST).

Other pointed the finger at Singapore’s exam-oriented education system, or even ‘human nature’ itself (as the 1998 NTU study lamely concludes).

‘Cultural’ analyses flourished, but few academics/journalists pointed to Singapore’s economic policies as a possible cause of ‘Kiasuism’. No link was drawn between the neoliberal free-market policies instituted to spur GDP growth in the 1980s and 1990s, and subsequent emergence of Kiasuism as Singapore’s defining national defect in the 1990s and 2000s.

This is the view suggested by Academic/Journalist Cherian George at last year’s IPS 30th anniversary conference, and the most convincing answer to the question of Whither Came Mr. Kiasu.

Prof. George suggests that the lack of social cohesion we witness in the Trump/Brexit era is the result of ‘rampant individualism’, caused by ‘neoliberal’ policies such as free trade, privatisation, and a reduction in social spending a lá Margaret Thatcher. By reducing government intervention and emphasising individual self-interest as the best way to re-distribute resources, we’ve inadvertently undermined the collectivity crucial to every nation-state.

“In the resulting privatised, gated version of the Singapore Dream, there’s not much room for other Singaporeans. Gotong royong is out, jealously guarded entitlement is in,” he writes, stopping just shy of blasphemous socialism.

Professor Cherian George was speaking about the larger problem of national unity, but doesn’t ‘jealously guarded entitlement’ and ‘rampant individualism’ sound a awful lot like … kiasu-ism?

After all, the main trait of The Kiasu Singaporean is not just greed, but a perverted form of individualism, which treats your fellow citizens enviously and as potential rivals, even when they’re not.

Hence, the ‘jealously-guarded’ sense of entitlement. Hence, the ‘fear’ of losing out to enemies both real and imagined.

Neo-liberalism of the sort we practice in Singapore believes that societies are best organised when individuals have the liberty to pursue their own economic self-interest. Thus, no one has any right to be surprised when the pursuit of such unmitigated self-interest often comes at the expense of other less privileged values, such as tradition, civility, or even basic human decency.

After all, you cannot build a society organised around the freedom to pursue one’s self-interest, then turn around and complain about ‘selfish’ people abusing the freedom by queuing for Hello Kitties to resell or driving like bullies to get where they want to go.

They are exercising their rights, just as the policy intended. And why wouldn’t we behave in such a way? With no unemployment checks, minimum wage, or other forms of collective security, it is only natural to fear being ‘left behind’ and to overcompensate—however boorishly—by means of Kiasu behavior.

In recent years, every country in the world has been haunted by the spectre of the asshole PRC Tourist, the one who is rude, selfish, and poorly-behaved.

They cut queues, pile on too much food at the buffet table, and generally make life a living hell for other civilised people.

Some observers, after seeing such behavior, conclude that all Chinamen are dogs and pigs. Always have been, always will be—because the entire nation is afflicted with some kind of terminal moral deformity.

This is simplistic thinking. The explanation lies not in genetics or culture, but in China’s rapid transformation from communism to neoliberal capitalism. Virtually overnight, the People’s Republic transitioned from a socialist country where everyone’s livelihood was guaranteed, to a form of free-market fundamentalism where you had to fight—with 1 billion other tributes—for a job, an education, or just a basic living.

Such a harsh Darwinian system practically guarantees anxiety, bad behavior, and a proliferation of self-centred assholes, as people rushed to cope with the sudden disappearance of stability.

It is an extreme situation, to be sure, but fundamentally no different from the conditions which produced the Kiasu mentality which afflicts so many Singaporeans, as well as people from all around the world. Because fear, insecurity, and anxiety are very much built into the logic of the free-market.

Individual responsibility, however lovely and virtuous it sounds when it falls from a Minister’s lips, is an euphemism. It could just as easily be translated as ‘every man for himself’ or ‘the unfortunate deserve their misfortune’.

‘Kiasu’, the fear of losing out,  is a sensible response to such a situation. In a Singaporean economy where self-interest is conflated with self-preservation, where every man is an island, it’s probably right to be afraid.

Have something to say? Don’t miss your chance to say it at community@ricemedia.co! Whilst stocks last!
Share to
Related Articles