Top Image: Team Strong Silvers / Facebook
A trap beat plays in the background. A shirtless Uncle Ng, who turns 75 this year, does a push-up with perfect form and passes it on with a high-five. The push-up chain continues and ends with Uncle Qian, who does one with a clap. The video is less than thirty seconds long and has 150,000 views on TikTok.

The same Uncle Victor who passed a push-up to his toy poodle enters the Zoom meeting room; his screen freezes immediately due to connection issues. Uncle Ng enters the room, too, but can’t get his audio or video to work.

Robert, 51, their facilitator, suggests in Mandarin: “Mr Ng, you try to click the blue thing, it looks like a microphone.”

After five minutes of trying to get Uncle Ng’s Zoom app to work, we decide to let go of this battle. Video calls are a relatively new thing for the main four of the team, who, up until the circuit breaker kicked in, were not that involved in the actual technical aspect of taking and uploading their fitness videos. Robert, their self-described “shadow”, is the one who manages their content and films their videos.

Team Strong Silvers—consisting of Uncle Ng, 75, Uncle Ngai, 70, Uncle Victor, 67, and Uncle Qian, 61—has been around since 2013. Known for drawing out cries of “when ur encik do push-ups better than you” from commenters on TikTok, they post videos on Facebook and Instagram to encourage senior citizens to adopt a healthier lifestyle. But it was only in late 2019 that they started putting up content on TikTok.

“Last year, TikTok themselves reached out to us and asked us if we would want to consider getting on there,” Robert explains.

They’ve grown a decent following on the platform since then, posting videos of the various members doing hardcore calisthenics and HIIT workouts, putting us young folk to shame.

When we think of TikTok, we often think of the edgy Gen Z-er with cool transitions and sick dance moves. But that’s no longer the case. Team Strong Silvers is one example of how boomers, and older creators in general, are starting to explore TikTok.

With the rapidly rising popularity of TikTok, boomers have taken up the mantle too. In the United States, creators like Tim McNeely, the “dancing dentist”, have become internet sensations. With 1.6 million followers, the 46-year old dentist posts videos of himself doing funny dances. Some even use the platform to run for President. In one of 58-year old Vermin Supreme’s earliest videos, he asks viewers what they would name their pony—giving away ponies is one of his campaign promises.

Robert acknowledges that the videos featuring ‘cuter’ elements are more likely to gain traction, like the one where Uncle Victor included his dog.

“But there’s a limit to what we can do. You can only do so many cute videos before you cross the line and lose that kind of respect as a senior. You cross a certain line which seniors shouldn’t cross.”

Even though they are aware of the different audience, they want to avoid going off-brand.

“It’s a bit difficult for us to do … if you ask the uncles to do some funny K-pop thing, it’s quite difficult.”

Creating a Team Strong Silvers video is straightforward. Robert and the members will gather at a fitness area. Uncle Victor, Uncle Ng, Uncle Ngai, and Uncle Qian are not as familiar with the technical side of things, so Robert will set up his phone and film everything for them.

If it’s a simple video, they will upload it straight away. If it requires editing, Robert will export the videos to his laptop and piece them together with Windows Movie Maker. Then he will transfer the final video to his phone before putting it up on Facebook, Instagram, or TikTok.

Other than those who fit firmly in the ‘boomer’ category, older creators—those who fall outside the categories of Gen Z or millennial—are also taking to TikTok.

Though he is not a boomer, he acknowledges that he is older than most of TikTok’s user base: “I might be the oldest.”

Nicholas spends 1 to 2 hours creating each ten-second video. Once he decides on the type of video he wants to shoot, he will find tutorials. There are certain transitions that require extremely precise filming and editing, and he will learn how to do these from various tutorials.

Next, he brainstorms on how to do the videos in his own style. For example, he decided on a Tinder fuckboy rendition for his “Choose Your Character” video. He picked five different characters—douchebag banker, creepy nerd, beach bum, hypebeast playa, and K-pop wannabe—and prepared outfits for each of them. Using his mobile phone and tripod—”Tripod is very important, because you need the camera to be on a fixed location. Otherwise it will move and people can tell you cock up.”—he filmed each character’s part and spliced them together on iMovie. He had to meticulously edit each piece of footage to fit the transitions, making sure that it looked as seamless as a real game.

Filming a TikTok video looks deceptively simple, but there are many considerations: timing, transitions, and so on. Small things can make or break a video.

“Sometimes I thought I’d got the footage … I move everything away to my laptop and I start to edit, and I realise, oh shit, it’s off. And I cannot just go back and try to adjust everything back to the same thing I was wearing, same hairstyle, or same background. So I have to reshoot that whole thing.”

Nicholas creates different types of content, but usually films challenges or magic tricks. Team Strong Silvers, on the other hand, stick with what they know best despite knowing that their audience on TikTok skews much younger than their audience on other platforms.

“Of course we will continue to put calisthenics things up, it’s just that the audience isn’t there. That audience is on Instagram and Facebook,” Robert says.

Their most popular videos often feature the older members, like Uncle Ng. “We see things like ‘wish you were my grandfather’, that kind of stuff, you see. So, for the moment, I’m just putting up Mr Ng doing some of the more simple stuff, to encourage your grandparents to train. Very prosocial, more family-oriented stuff.”

Although there is a growing number of boomer TikTokers from the United States, there aren’t as many in Singapore. Team Strong Silvers is one of the few boomer accounts from Singapore that is active on TikTok.

With TikTok shaping up to be the next big thing—some might say it already is—will more Singaporean boomers hop on the bandwagon?

Kayley Tan, 24, often ropes in her parents into her TikTok videos. Her father, Edmund, 62, is a mainstay in her videos, but he is skeptical about the future of boomers on TikTok.

“For us, from the Asian culture, it is not easy to express ourselves so freely. [We are] shy and conservative and less willing to express themselves. I think we have to pass that mindset.”

Kayley’s mother, Luwina, 52, has her own Instagram and TikTok accounts. Yet, when she tries to introduce her friends to TikTok, most of them don’t want to try. “You need the younger generation to lead them so that they can understand, wow, it’s so fun.”

Even though there are barriers to using TikTok, the popularity of older creators from other countries shows that more Singaporean boomers becoming successful on TikTok is not impossible.

“As a consumer, what really catches my attention is when you see older people doing certain daily routines looking really, really cute and adorable.” Kayley’s perspective is more optimistic. “People find that very interesting and very meme-able in a sense, like ‘aww’, and there are so many comments about that, even on my own page.”

Nicholas, too, looks forward to seeing more older creators on TikTok. He himself is a fan of Team Strong Silvers and finds their physical feats very impressive; the fact that they are older is not an obstacle, but a ‘wow’ factor.

“Once older people get in touch with TikTok, they will love it.”

At the end of the day, TikTok is a platform for anybody who wants to entertain. Age is not a strict barrier. Perhaps the biggest hurdle is language and education—some might not be fluent in English and find it hard to navigate the app. But the bottom line is, potential users need to be willing to engage with new technologies and put themselves out there.

In Edmund’s words: “You have to tell yourself: I want to have fun, I want to chill, I don’t mind having this sort of fun.”

Undoubtedly, TikTok is intimidating. Even Luwina, despite being familiar with other social media applications, needed Kayley to show her the ropes. But, as long as there are ways to learn how to use the app, the platform’s interface is something that can be overcome. The transitions, effects, and soundbites available on TikTok are what give rise to such a wide variety of content in the first place.

Maybe that’s why TikTok is so popular. It combines the video format of YouTube with the snappiness of Twitter, and tops it off with a dizzying array of customisation options. It doesn’t place limitations on who is allowed to use it.

Being older doesn’t exclude anyone from TikTok, or any other form of technology, for that matter. In fact, it may even help you stand out from the myriad of teens and young adults. For precisely those reasons, boomers might be poised to become the next big thing on TikTok.

Which TikTok dance challenge do you wish you could pull off? Tell us at community@ricemedia.co. 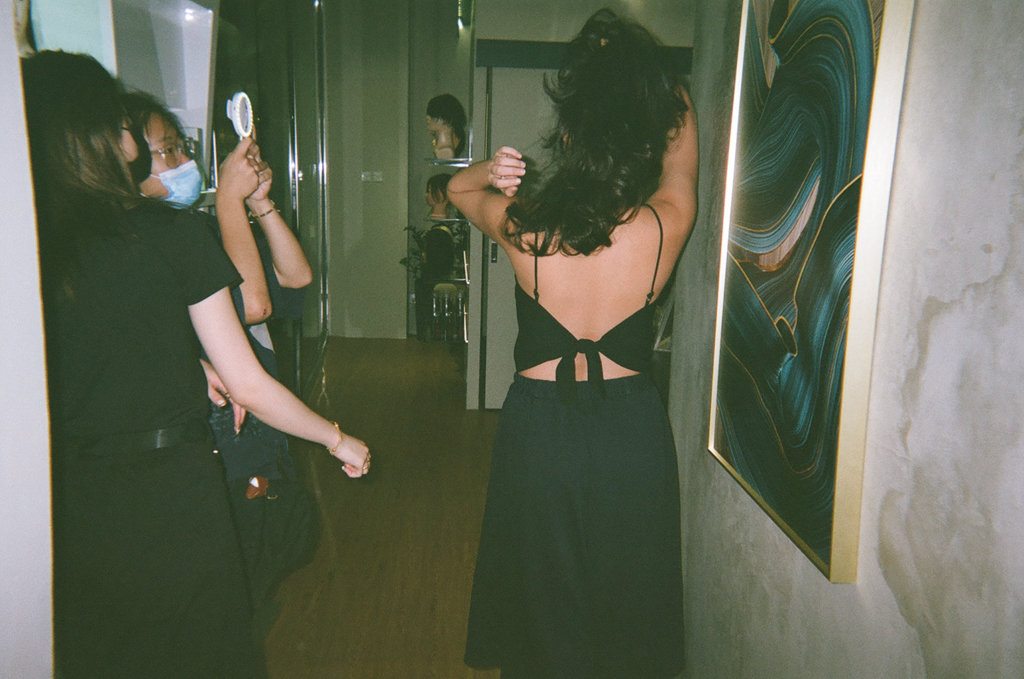 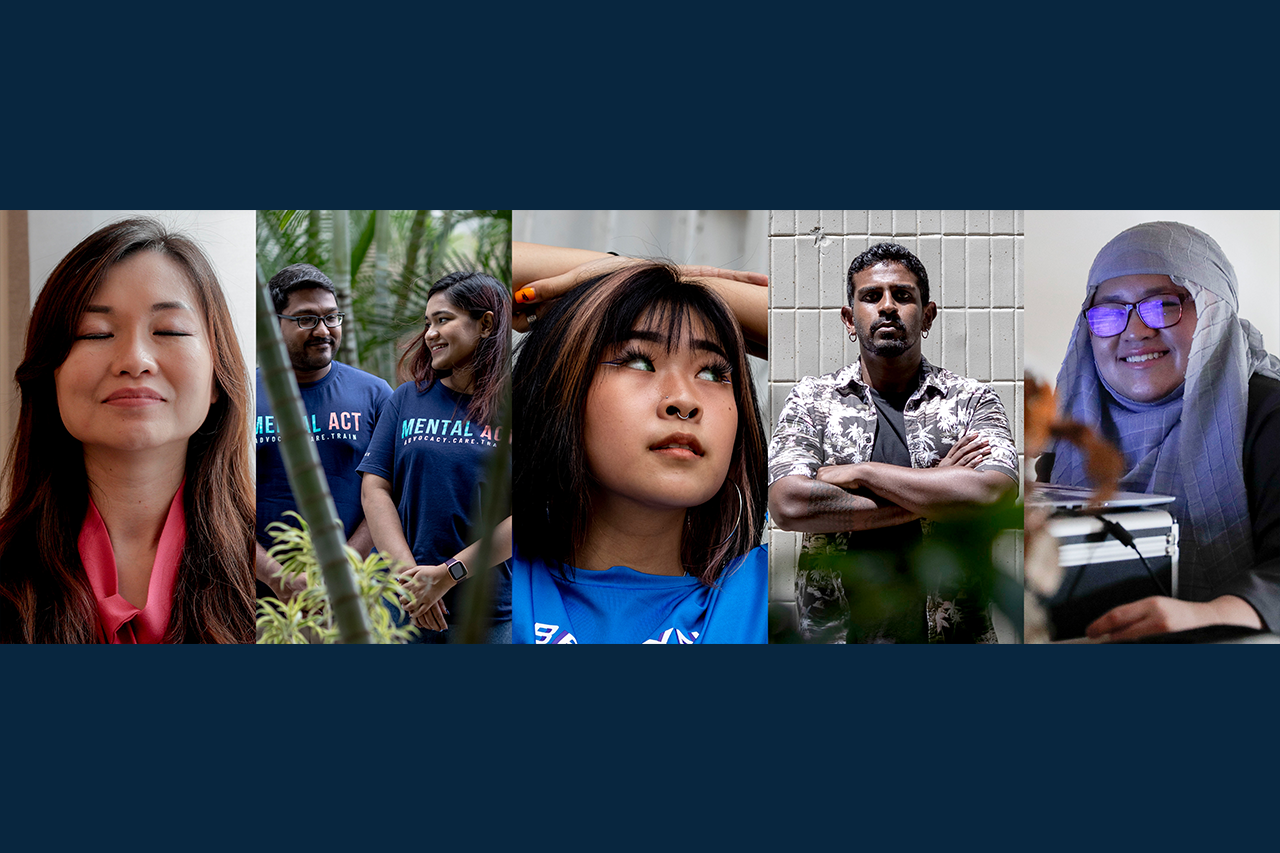 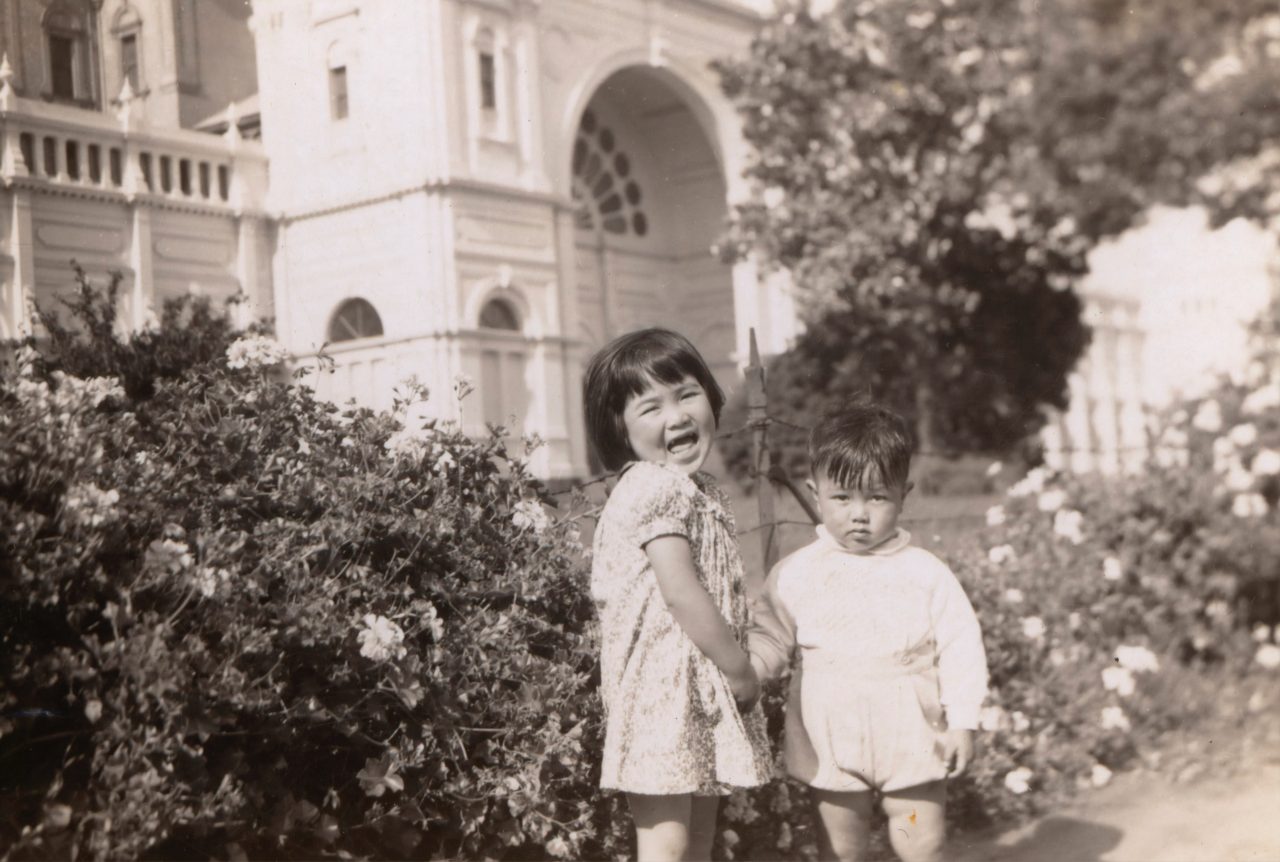