The Unlikely Friendship Between a Nun And a Cleaner

At any of the coffee shops, you will spot office workers taking hour-long breaks from furious alt-tabbing between Whatsapp desktop and excel spreadsheets. In baggy t-shirts, eyes half-open, up at noon for a late brunch of collagen-rich fish soup, you will see the women who fuel the area’s vibrant nightlife.

Then there are the forgotten people. As you walk past the rubbish collection point of the nearby Hoa Nam building, you will be greeted by yet another mainstay of Jalan Besar: an old Malay uncle and Chinese auntie sitting on the floor, eating lunch packed in styrofoam boxes.

After a short conversation with them, I find out that her name is Jing, and his name is Hassan.

Both Auntie Jing and Uncle Hassan are dressed in the same garb every day. Auntie Jing is the most distinguishable from the crowd as her daily outfit of black t-shirt and shorts are topped off with a bright pink bandana, a sensible option in this tropical heat. Uncle Hassan wears a blue polo as part of his uniform for his cleaning job at Hoa Nam.

Even though Auntie Jing doesn’t work there, she makes the trip down to have lunch with Uncle Hassan daily, a standing appointment that will have been going on for 9 years come June.

Such unwavering commitment would be rare between family members, much less friends. Yet Auntie Jing makes sure she has time to meet Uncle Hassan for lunch, even if it sets tongues wagging about their purely platonic relationship.

By now, “No la he is not my husband!” is a retort that flows off her tongue like muscle memory.

At 70, Auntie Jing is ten years older than Uncle Hassan. Their friendship might have begun 9 years ago, but they first crossed paths more than 40 years ago.

“Last time I work at the (Kallang) stadium there got one restaurant, I do all the cooking for western food,” Uncle Hassan tells me, inhaling from the tip of his crisp, rolled cigarette, pressed between his index finger and thumb.

“I did the order taking for the shop, but we didn’t even talk to each other then,” says Auntie Jing, whose feet remain comfortably locked in the lotus position for the duration of our conversation.

Due to a leg condition, Uncle Hassan could not stand for the long hours that came with being a cook in a small, confined space. He left and found work as an odd job labourer, before settling on his current job as a cleaner, one that he has kept for the past 12 years.

It was only because of a momentary brush with fate that their paths crossed again.

9 years ago, Auntie Jing was doing her rounds collecting cardboard to sell, pushing her trolley around commercial buildings, asking for cardboard that they were going to throw out. As the main cleaner of Hoa Nam Building, Uncle Hassan passed her what he had, only to notice the familiar face.

“I see the face like eh, very familiar, then we talk talk talk until now la!” Uncle Hassan recalls. One lunch became two, and in a blink of an eye, 9 years have passed.

For every single one of these meals, Uncle Hassan goes to a nearby Nasi Padang stall and gets two packets of rice, each with either a meat or fish dish, accompanied by vegetables and curry gravy.

As they start to dig into their meal, I ask Auntie Jing why she didn’t want to remove her bandana now that she was in the shade. She shoots me a dirty look and starts to speak to me in a hybrid of Mandarin and Teochew.

“I wear this because of his religion, because I want to show him respect and courtesy,” she explains, pointing at Uncle Hassan who is Muslim. Of course, she’s referring to the fact that devout Muslim women wear hijabs to protect their decency.

But for me, she removes the hot pink bandana, which added a much needed splash of colour to her full-black ensemble that even Simon Cowell would be proud of. As it turns out, the bandana wasn’t there to mitigate the heat, but rather, to conceal her bald head. With a smile, she tells me, “I bet you were not expecting this! I am actually a nun.”

The simple garb and her tendency to sit in the lotus position now make more sense. As a Buddhist nun, Auntie Jing has taken a vow of poverty, and so she walks around in her torn and tattered clothes, living on alms provided by donors. For her, she has given up a life of materialism, and believes in only the bare essentials.

“Look at my shoe, spoil already but I still wear. At home, I got new one, but I still wear this one,” she says with pride, highlighting the Buddhist way of living minimalistically. For Auntie Jing, this was not a huge stretch, as she grew up without much, and tells me that her favourite treat as a child was a bag of kaya toast, but only with the sides of the bread that were normally discarded. Those went for 5 cents back then.

She elaborates further, telling me that Uncle Hassan has been paying for all the lunches that they have together.

“As a buddhist, I am supposed to eat vegetarian food. But when we take alms, we cannot choose what we want to eat. We have to take whatever food is given to us,” Auntie Jing explains, dispelling my misconception that it is vegetarian food or none at all for monks and nuns.

In her 30s, Auntie Jing became estranged from her family due to her siblings’ unhappiness that their mother bequeathed her entire flat to her upon her death from lung cancer.

“That was when I got into Buddhism, and since I didn’t want to quarrel with my siblings, who weren’t even there for my mother when she died, I signed the house over to them.”

Since then, Auntie Jing has been homeless, going around the island and sleeping wherever people are willing to take her in, whether for the long or short term. All of her worldly possessions are in a plastic bag she carries around with her at all times. In it, there are old photographs, small denominations of money, clothes, and some rags she has repurposed as a pillow to lie on.

In many ways, Auntie Jing reminds me of my own Teochew grandmother. They are both proud, and enjoy telling me stories that highlight their virtues. At the same time, they like to play hard to get.

Whenever I asked about her life and relationship with Uncle Hassan, it didn’t matter if they were open-ended, ‘yes or no’, or ‘true or false’ questions. Her answer would almost always be, “The time has not come for me to tell you. If there is fate, then you will know.”

She conveys this in a way that can almost be described as almost sage-like, reminiscent of Mr Miyagi or Master Splinter. Even a month later, the same questions were evaded over and over, even if I phrased it differently or with whatever sneaky means of cross-examination I occasionally permitted myself.

Even when I tried to ask Uncle Hassan the same questions, I didn’t get much of a reply.

Uncle Hassan is not a man of many words. The only time he responds to me with something aside from “mmm” or a furtive “ya” is when he is lavishing praise on Auntie Jing.

“She know a lot of thing one!” he tells me several times over the many lunches I sat down with them. “Without her, I many things also don’t know”.

All our conversations are clouded with the smell of cheap cigarettes, each one meticulously rolled by Auntie Jing. As part of their daily routine, Uncle Hassan passes her a packet of loose tobacco and rolling paper. She rolls 25 a day, but rations the amount she gives him.

“Cannot let him smoke so much,” she replies.

It is a marvel how this friendship has thrived, considering the language limitations that either of them face. Each of them only is able to speak their native mother tongues and has a weak command of the English language.

Yet, somehow, their friendship is stronger than anything either of them has experienced.

Being the older and wiser one, Auntie Jing provides Uncle Hassan with little nuggets of wisdom, and teaches him about the world. In return, Uncle Hassan provides a listening ear, and he genuinely seems to respect her. He willingly buys her lunch and offers to buy her things that, more often than not, she refuses because of her Buddhist teachings.

“I am 70 this year, I have so many brothers and sisters and friends, but he is the person that I am closest to,” she points at Uncle Hassan, who nods in agreement.

Eventually, I find out that Uncle Hassan lives with his elderly mother in a small flat along Beach Road. I ask him if he’s offered to let Auntie Jing live with him, so that her nomadic ways could make way for a more stable environment. Not surprisingly, it’s something that he once put on the table.

“He is living with his mother and has to take care of her, now is not the right time,” Auntie Jing tells me.

Perhaps, after a life spent mostly on her own, being by herself matters more than any of the creature comforts or security that Uncle Hassan is able to offer her. That said, it doesn’t diminish his role in her life.

Their friendship is much more than just one where he buys her lunch every day as she regales him with tales of her past and pre-nunhood life. It is a friendship borne out of fate—from a chance encounter decades after meeting for the first time.

For these two, this is friendship in its purest form, where the both of them are consistently, genuinely ecstatic to see one another despite meeting every single day. There are no ulterior motives behind their meet-ups, unlike the various insurance agent friends we have who leave sneaky messages on Facebook messenger towards the end of every financial year.

Uncle Hassan and Auntie Jing’s friendship serves as an example for what all friendships should be. No frills, just two packets of Nasi Padang, and each other for company.

It’s been this unremarkable way for 9 years, but it is a friendship that I am sure will stand the test of time.

What do you think is the meaning of a true friendship? Tell us at community@ricemedia.co 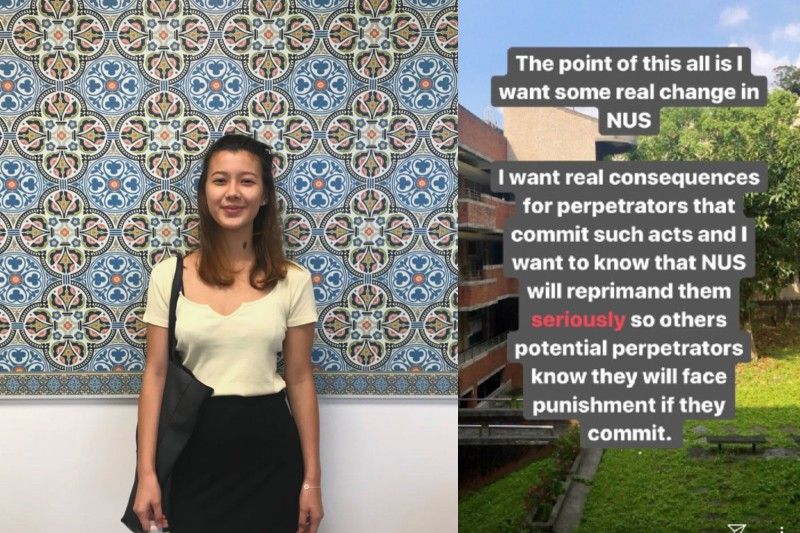