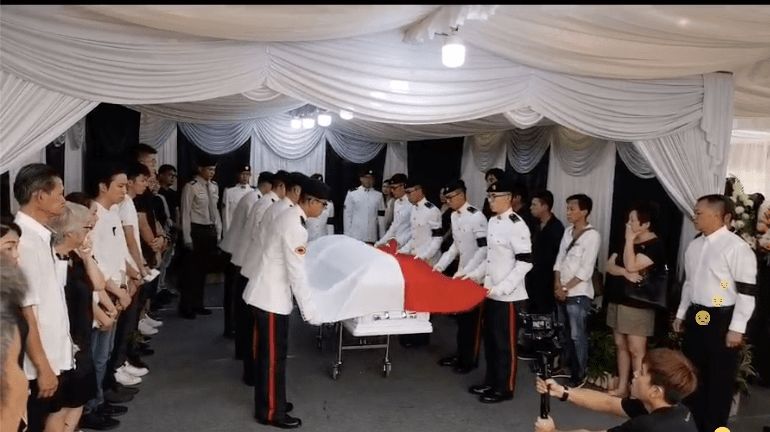 Until last week, I had no idea who Aloysius Pang was. I had not watched any of his shows, followed him on Instagram, or listened to his music.

This week, however, I know that CFC Aloysius Pang is an actor and soldier who served in Artillery. He was repairing a Howitzer in New Zealand when he was severely injured by the barrel, a tragic accident which led to his death a few days later.

Since then, I’ve learnt a great many other things. I’ve learnt that a journalist harassed his partner’s sister for soundbites. That Zoe Tay had wept at his funeral whilst another ‘influencer’ apparently ‘laughed’.

We also learned about how Tin Pei Ling—of all people—attended the wake; about how the funeral director ‘held back tears’ whilst making him ‘yantao’; how his showbiz colleague had demonstrated ‘professionalism’ by showing up for work despite their grief.

We also know the details, like his last words, where his ashes were scattered, the 45-minute FB live video, how his song ‘Black Tears’ is currently trending in the Apple store and how a few artistes apparently enjoyed a free taxi ride to the crematorium.

Why anyone should give a damn about these random details is beyond me.

We know everything there is to know, thanks to the media coverage of Mr. Pang’s passing. It is thorough, comprehensive, and utterly beside the point. Instead of getting answers from MINDEF or deciphering the ‘why’ of it, his death has been turned into a pointless media circus after the fashion of Princess Diana.

Instead of looking for reasons, every article invites us to gawk—at the family’s tears, at his apparent saintliness, at the scandalously ‘inappropriate’ behavior of certain parties in question; at the future he could have enjoyed but did not.

I’m sorry? Would his life somehow matter less without Zoe Tay’s tribute? Or his colleagues’ accolades?

Would an NS-related death be any less tragic if the victim did not donate 10% of his earnings to the production crew, and in fact, had been something of an asshole?

The answer is No.

No mother should bury a child. The question of whether he was a saint or sinner is irrelevant because every NS-related death is equally unfortunate, regardless of the circumstances.

Hence, we don’t need a nearly pornographic, 24/7 account of every celebrity saying, “Heartbreaking”. Such coverage merely turns tragedy into spectacle and grief into clickbait. A good man should be respected and honoured, but such an aim would be better served by genuine reflection, instead of covering his passing like a celebrity scandal.

Take for example, the death of Anthony Bourdain last year. It enjoyed the same widespread coverage, but without the sensational excess.

It was meaningful because it focused squarely on his contributions—his writing, his ability to elevate food and highlight the plight of immigrants chefs, as well as his own belated admission of celebrating ‘toxic masculinity’. It made sense because those subjects were in the public interest and they showed why his life mattered.

In other words, it was everything that the current narrative around Aloysius Pang is not.

CFC Pang’s death matters because he was serving his nation. It matters because it could have happened to any soldier who operates heavy, complex machinery. It highlights the often invisible risks that NSmen/NSFs are exposed to, even when carrying out routine, non-combat duties.

But instead of reflection, we’ve gone for voyeuristic adulation; a narrative which tells us that his death is tragic because he was good, filial, and a friend of Zoe Tay. We are asked to feel pathos not for Aloysius Pang The Singaporean Son, but Aloysius Pang The Local Celebrity.

However, what irks me most about the circus around Aloysius Pang’s death is that it will be forgotten by tomorrow.

Tomorrow, every Singaporean son will go back to being a regular NSF/NSman—mostly unappreciated and largely ignored by the rest of society.

Tomorrow, we will go back to lamenting how local dramas are mediocre.

Tomorrow, we will go to our regularly scheduled programming of celebrating National Service whilst paying our soldiers a pittance for what is evidently dangerous work.

Tomorrow, the investigation will find a few officers guilty. They will be sent to hentak kaki in some obscure staff appointment, whilst more safety protocols of unknown efficacy are introduced. They will serve as evidence that change has been instigated, at least until the next accident happens.

Tomorrow, it will be business as usual because the only time we care about National Service, Reservist, or what goes on in the SAF, is when someone dies. Every Singaporean son matters, we are told, but we are only ‘Singaporean sons’ when we are six feet under. 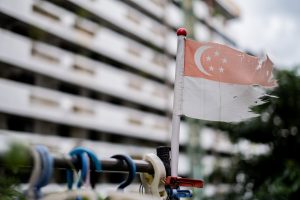 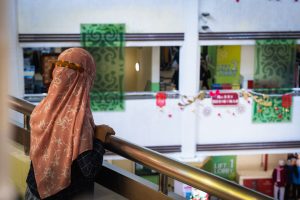 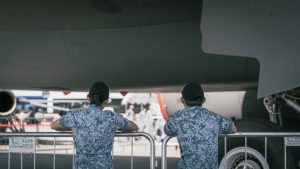 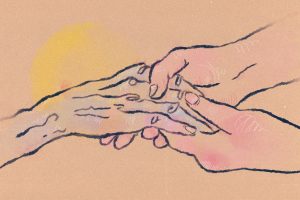