On E-Cigarettes: Will the Government Ever Listen to What Smokers Need?

While the debate on the e-cigarette ban in Singapore has been reignited once again in the mainstream media, one voice has been sorely missing.

The opinions of smokers, the group which stands to benefit from a policy turnaround, have yet to be heard.

Over the past two weeks, medical, scientific and policy experts have duelled in the opinion pages of The Straits Times and have presented contradicting perspectives on whether e-cigarettes and heated tobacco products will do more harm than good.

This is not only confusing to the layman but also fails to capture the real struggles that smokers face on a daily basis.

If the government really wants to help Singapore’s smokers, it must establish an open channel with the public and hear from smokers themselves on why current smoking cessation methods have not succeeded.

No doubt the more scientific evidence we have, the clearer we would be about the benefits and risks of tobacco products. But it’s not enough to merely argue over the theoretical and hypothetical. We need to understand the human element of smoking behaviour and culture, not just implement policy on stats and figures that can be interpreted however legislators deem fit.

Continually insisting that smokers need to fall in line with established practices i.e. nicotine replacement therapy (NRT) isn’t the least helpful. By now, the government should accept that by harping on its “I Quit” campaign, it sounds like a broken record. That’s why few smokers actually listen when the health ministry says quitting is “for their own good and their family’s”.

Let’s be honest: “I Quit” and the other available NRT methods are a failure. The success rate of NRT in Singapore ranges only between 13% and 17% (according to the National University Hospital). Smoking prevalence in the country has also pretty much stagnated around 13% for years. So instead of continually failing to stamp out tobacco and nicotine completely with hardline one-dimensional methods, the government needs to take a second harder look at harm reduction.

Current available evidence already strongly suggests that the harm reduction value of smokeless tobacco products substantially outweigh the potential dangers. A 2017 study by the University of California San Diego found that the smoking cessation rate among e-cigarette users was much higher (8.2%) compared to those who didn’t use the product, which had stagnated around 4.5% for more than a decade.

The study concluded that e-cigarette use promises an increased smoking cessation rate that has not been observed for NRT for years.

An American study presented at this year’s Global Forum on Nicotine (GFN) in Warsaw, Poland showed that smokeless tobacco users displayed lower mortality caused by lung and oral cancer than tobacco cigarette smokers. The conference also concluded that a variety of alternative options available to smokers is the best way to incentivise them to make the switch from tobacco cigarettes.

Singapore has often been enamoured by the success of Scandinavian countries, and attempted to emulate them in many aspects. But the success story of Swedish snus, a smokeless tobacco product introduced since the 17th century, has curiously eluded policymakers. Smoking rates among Swedish men are just 8% compared to an average of over 25% in the EU, where the product is still banned.

The effectiveness of a harm-reduction tool is plain as day, but the government chooses to look at its own zero-tolerance policies with rose-tinted glasses.

Treating the smoking problem with the same pragmatism as it views drug use is not comprehensive enough. Remember the alcohol-sale ban implemented after the 2013 Little India riots? Sure, one could argue that it’s effective since no violent disorder has occurred since. But it’s still a silly and draconian measure on hindsight.

Smoking can’t be eradicated this way. If policymakers would actually bother to listen to voices on the ground, they would understand that most smokers would be more inclined to kick the habit if a viable solution or alternative is available to them.

In her presentation at the GFN, UK researcher Dr Frances Thirlway says that smoking cessation in the country has largely failed because of the intricate role that smoking plays in the fabric of everyday life. The habit is closely associated with sociality and hospitality, and cessation is often perceived as a betrayal of the community.

Can low-SES smokers afford to pay for clinical treatment to quit smoking? Why does smoking seem to be prevalent in blue-collar industries? These are important questions that the government must ask if it wants to make smoking cessation a success. And it can only find the right answers by speaking directly to the construction workers, taxi drivers, and the uncles at the coffee shops, not just a mere specially curated pool of “experts” who may not even have touched a cigarette.

Yet the government continues to oppose the legalisation of smokeless tobacco products on the basis of a lack of “long-term evidence”. This rhetoric sounds disingenuous, considering most other policies are also implemented without concrete proof that the public would certainly benefit in the long haul.

Policymaking is always a calculated risk. But in this case, the greater risk is that smokers’ health will worsen further and lead to more smoking-related deaths while the government continues to hold back on the legalisation of smokeless tobacco.

Instead of continually failing to stamp out tobacco and nicotine completely with hardline one-dimensional methods, the government needs to take a second harder look at harm reduction.

Fearmongering isn’t the right way to educate the public about “unproven” technology either. Often, scientific evidence is cherry-picked or even twisted to amplify the dangers of e-cigarettes.

In his op-ed two weeks ago, Dr Teo Yik Ying, dean of the Saw Swee Hock School of Public Health at NUS cited a 2017 Canadian study to prove that e-cigarettes can be a dangerous gateway to tobacco smoking among youths.

But he omitted several important facts from the study itself. First, while 40,000 students were surveyed, only around 19,000 actually met the research criteria across two timeframes. Second, most of the respondents who indicated that they had picked up daily smoking after e-cigarette use were former smokers themselves – less than 1% of youths who had not smoked a cigarette and were committed to not smoke actually picked up smoking afterwards. Third, the study acknowledged that youths who picked up e-cigarette use could be fundamentally different from the average youth.

In this era of fake news and post-truths, the government must be completely forthcoming in explaining its position on smokeless tobacco. But it also cannot claim to have full knowledge on the issue when it clearly does not yet understand the psychology and needs of smokers. If it continues to use scientific data that can be easily manipulated to fit a misguided narrative, then can smokers hold them accountable when their lives are at stake?

Are you a smoker who is frustrated by the confusing messages surrounding the e-cigarettes issue? Let your voice be heard by writing to us at community@ricemedia.co, or email the author at benjamin@ricemedia.co 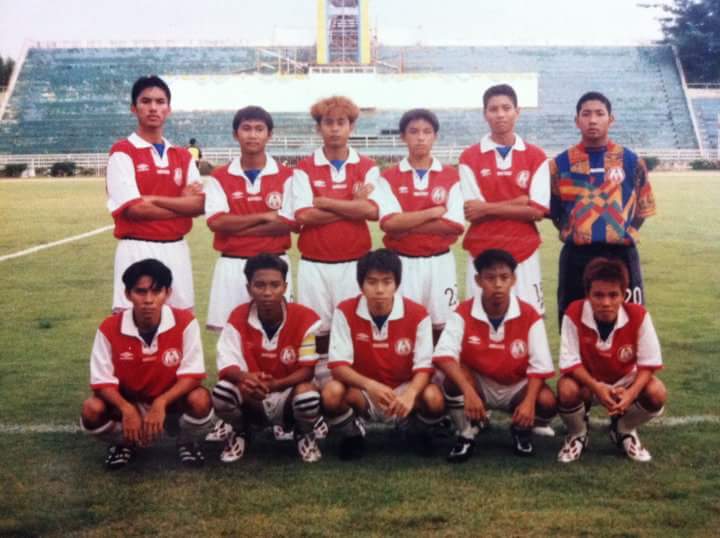