A Half-Rant, Half-Review Of Why WFH Is The Best. If You Are Completely Crazy

According to a survey of 2,700 people, 90% of Singaporeans wish to continue working from home (WFH) in some capacity once the circuit-breaker ends.

When I tell my platoon sergeant I’ll help out ‘in some capacity’, what I actually mean is: “I suddenly remembered I have urgent business—in the canteen.”  He understands, because he also promised the Platoon Commander to help out ‘in some capacity’, by which he meant “I’ll arrow someone to do it.” My PC no doubt said the same to our OC, who said the same to our CO, which would explain why they were both hiding in the canteen, playing mobile legends.

The entire argument of ‘We Love WFH’ falls apart when you actually read the fine print.

35% want to spend half their time working from home. 33% suggest a 3:1 mix of home v. office. However, only 12% want to be shackled permanently to their kitchen table. So what most employees really want is flexibility. Offices are not the problem. It’s the unspoken obligation to remain within its confines when your mom is hospitalised and your colleagues converse by bellowing at each other like pick-up artists in a nightclub.

Think about it. There you are, surrounded by all the freedom and comfort of your own home, but you’re not allowed to take a nap, or to play Mobile Legends. Instead, you must be seated upright in front of your laptop, studiously replying to an endless stream of messages and emails.

Meanwhile, leisure beckons from every cushion and mobile device. “Lie with me and binge Netflix” purrs the Siren-like Sofa, but you cannot approach for fear of being dashed upon the rocks of idleness.

“Oh Big Boy, open me up and play some Persona!” cries the PS4 lustily, but you are not allowed to stroke your controller under pain of death. So you sit there, distractedly working on whatever whilst your leisure boner goes ponk ponk ponk against the metal jockstrap of ‘responsibility’ and ‘accountability’.

I am a masochist, but not like this. This is perversity without pleasure, and pain without release—like going on a diet during CNY, or looking at Condos as an arts graduate. Why anyone would hurt themselves in such a way honestly beggars belief. Nevertheless, people make angry noises when I suggest so.

One popular argument in favour of WFH is productivity. Proponents of which argue that offices, noisy, busy and prone to outbreaks of meetings, are not conducive for work. They often rail against the ‘Show Face’ culture, because it conflates physical presence with productivity. They want to WFH because—no irony—they can do more work and better work if allowed the freedom of their bedroom.

With all due respect, these are the type-A motherfuckers who—back in the day—reminded their teachers when homework was due for submission. These are the LinkedIn-using neoliberal dullards who believe in ‘career progress’ and ‘self-improvement’ not as a means to an end (more $), but as virtues in their own right. Like latter-day puritans, they preach productivity in the same manner their forebears championed virginity.

What’s wrong with Show Face culture, I ask you? Without presentee-ism, companies will have to find a new metric by which to judge their employees. God save us, imagine the dystopia when writers are paid by their page views, and managers are promoted by their profit margin. Instead of clocking in everyday to browse r/singapore, grind coffee, and generally waste my employers’ time in a thousand tiny ways, I would have to work—really work. Eight hours of dicking around with Nescafe pods would be replaced by a gruelling, nail-biting ordeal, at the end of which, you must—ugh—have something to show for your efforts.

Companies know this. That’s why ‘management gurus’ and ‘HR consultants’ have been promoting the WFH culture for some time now. They know the work they desire cannot be done with the 8 or 9 hours available in each workday, so they use all manner of voodoo to extend your working hours under the guise of ‘employee welfare’.

WFH is the biggest of these Trojan Horses. It offers flexibility and independence, but it’s a Faustian bargain which erases the boundary between work and leisure. You know how it happens. One urgent email here. Another client call which simply cannot wait for Monday. While you’re at it, do-you mind-taking-a-quick-look-at-this-project-no-pressure.

Before long, you will find yourself toiling away every weekend because the temporary confinement of 9-to-5 has been replaced by a permanent digital leash.

I’m not saying WFH doesn’t work for everyone, or that it’s somehow evil (even though it totally is). I’m just saying that, more often than not, it’s used as a BS solution for problems deserving of real answers.

Most of it is harmless corporate wank, but some of it is not. The most insidious is ‘WFH for parents’, where bosses—in response to concerns about childcare and family—simply tell their employees: “Oh don’t worry, you can WFH”,  as if Zoom is the messiah and WhatsApp our Holy Ghost. It absolutely is not. One saving grace of 1990s China was that companies were obliged to help with childcare. State-owned corporations, though inefficient lumbering dinosaurs, were good places for young mothers because there were nurseries, facilities for breastfeeding, and professional nannies. You could pop in during lunch to see your daughter and return to your desk, no questions asked.

I’m not suggesting we adopt such a policy, but it’s surely a better answer than the non-answer of WFH.

Translation: Feel free to juggle it any way you see fit, but don’t look to me for help.

This is the part where someone accuses me of being a left-wing agitator. Well, I’m not the one running a country where the ministers are literally begging us to procreate. It’s not unreasonable to suggest that work-from-home, like open offices, table tennis, and free cold brews are a nefarious McKinsey plot to extract ever more value from human input.

Freedom cuts both ways, I think, and the freeing up of mutual obligations caused by WFH rarely results in an equal exchange. In the WFH’s unwritten, unseen contracts, the party who has more power (your boss) is always likely to triumph in the long-run.

Sadly, RICE is one of these ass tumour companies who’s guilty of all of the above but pretends otherwise. I’ve preached as much in the pantry, but I might as well chop off my dick and change my name to Cassandra for all the success I’ve had. My otherwise intelligent colleagues see no contradiction between WFH and work-life balance. They refuse to acknowledge how one might undermine the other, or why this separation should be as total as between church and state, or Israel and Palestine. They worship at the altar of WFH, whilst complaining about late nights and lost wee—LISTEN HERE YOU LITTLE SHITS.

Bitter? Yes, perhaps I am bitter. Perhaps I am using Ol’ Kropotkin as a crutch because I have a secret, forbidden love for the office. A doomed passion because I am a millennial whom the experts have matchmade with remote-working and oat milk.

Still, the heart does not lie. I miss the rhythms of office life. The frenetic commute. The leisurely lunch. The feeling of palpable relief when you walk out the door at 7 PM and light your first cigarette before the street lights come on. The air smells a little fresher when you know the next few hours are yours—and yours completely. Meeting-desk-meeting. Coffee-smoke-client. Tension-relief-boredom. The flow of the office workday feels perfectly balanced, as it should be.

I even miss the sound, which is oddly soothing after the fashion of an old air-con whose hum you’ve grown used to. The clack of cheap keyboards; the water-cooler’s deep-throated gurgle; and the staccato crunch of someone angrily forcing out the last staple onto an invoice.  By themselves, these sounds would be merely noise. Mix them together, however, and it magically becomes ASMR, as richly textured as one of those Bach Inventions where disparate melodies fold and meld into each other like the many layers of a well-tempered prata.

Why anyone would trade this music for the existential silence or familial cacophony of WFH, I honestly do not know. As for me, I’ll never join the cult of WFH. Those 12% can go fuck themselves because history will remember them as those who opened the gates at Troy.

What do you think of working from home? Love it? Hate it? Tell us at community@ricemedia.co. 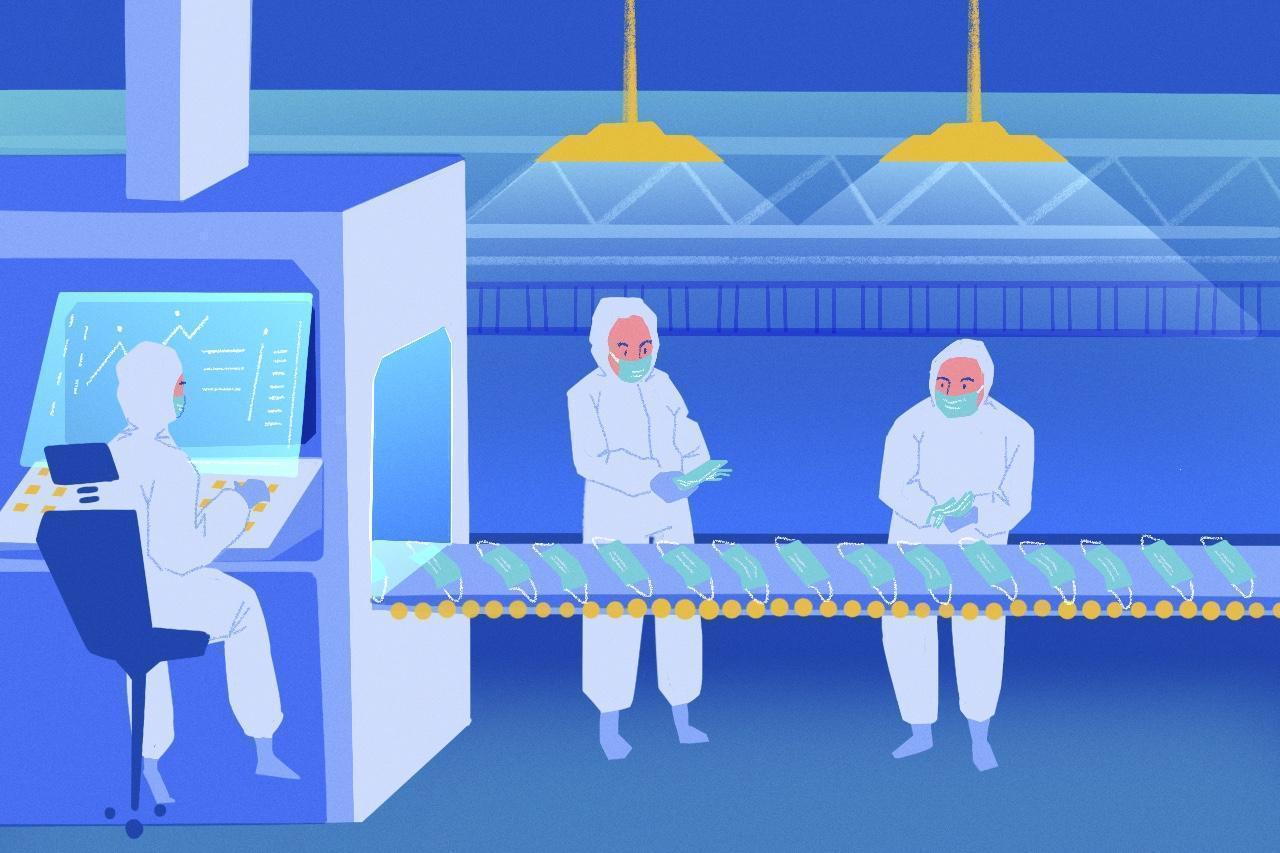 Why Future-Proofing Workers Is Critical as Singapore’s Factories Automate 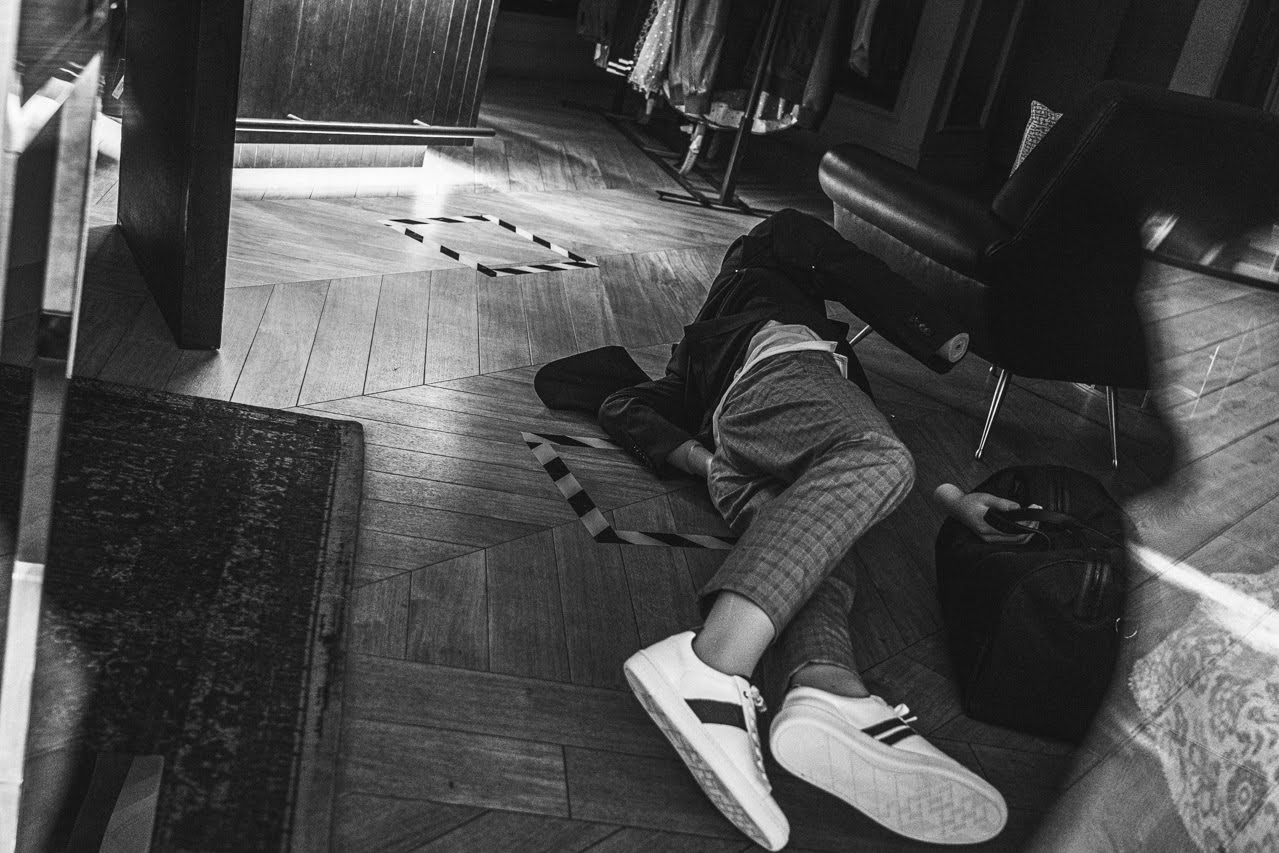 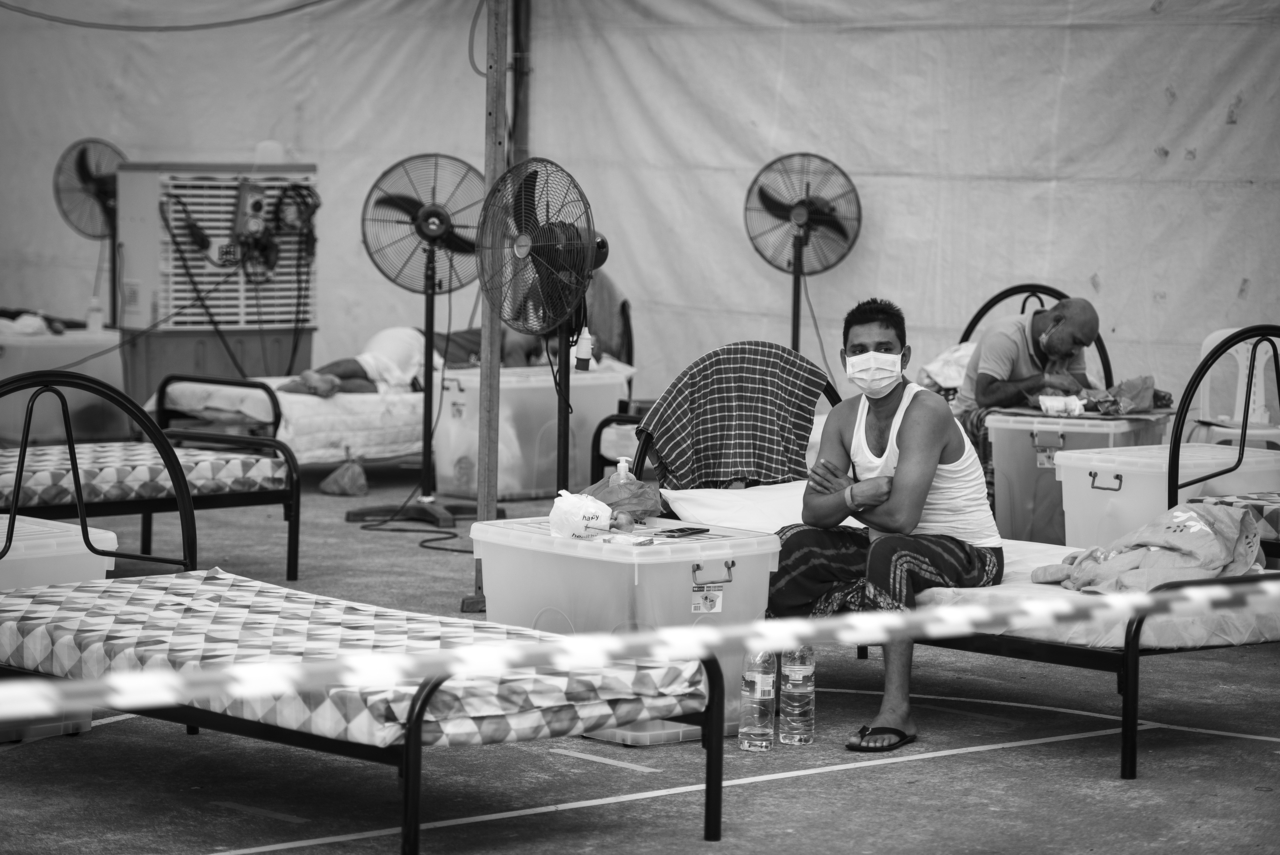