Yesterday morning, Indonesia kicked off the world’s largest-ever election, with over twenty thousand parliamentary and local legislative seats up for grabs. Across the globe, however, all eyes were on the presidential contest between incumbent Joko Widodo (Jokowi) and his opponent, former general Prabowo Subianto.

While Mr Prabowo has pledged to review numerous Chinese investment projects initiated under Jokowi’s term, there has been little else in terms of policy proposals to differentiate the two contestants. Yet both candidates have been vying to showcase their Islamic credentials; Mr Prabowo promising to increase funding for religious schools, and Mr Widodo selecting religious cleric Ma’ruf Amin as his vice presidential candidate.

What do these choices mean for the role of Islam in politics, not just in Indonesia, but also in Singapore and the region?

Ma’ruf Amin is an ulama (Islamic religious scholar) who serves as the spiritual leader of the nation’s largest Islamic organisation, Nahdlatul Ulama (NU). He also heads the Indonesian Council of Ulama (MUI).

While Jokowi has remained popular in Indonesian polls, his support is lacking amongst a key demographic: conservative Muslims. Coming to power as a moderate religious figure, this image now harms his popularity amongst some members of Indonesia’s Mulsim community.

“It was important for Jokowi to be seen as a ‘proper’ Muslim,” says Dr Risa Toha, political science professor and Indonesia expert at Yale-NUS College.

“The selection of Ma’ruf Amin was supposed to boost his credibility among conservative Muslim voters.”

While Islam has always played a part in the politics of Indonesia, which is eighty-seven per cent Muslim, Indonesia has a secular government.

Recently, however, religion has come to the fore in the country’s political sphere, notably in the 2016 protests, trial and subsequent imprisonment of Jakarta’s Chinese-Christian governor Basuki Tjahaja Purnama—known as Ahok—for charges of blasphemy against Islam.

Ma’ruf Amin, as chairman of MUI, has himself been responsible for some intolerant declarations from the religious body. In 2005, when he was head of the MUI’s fatwa division, MUI issued fatwas denouncing the minority Ahmadiyah community, as well as ‘secularism, liberalism, and pluralism’.

(A fatwa is an Islamic legal ruling, issued by a scholar in Islamic law; while influential, fatwas are not legally binding in a secular state like Indonesia.)

In 2016, Ma’ruf also testified against Ahok in the former governor’s blasphemy trial, which saw him sentenced to two years behind bars.

On the surface, this trend towards intolerance seems like a relatively recent phenomenon. In reality, this change has been steadily brewing for some time.

“Increasingly,” says Dr Toha, “We have seen more illiberal bylaws, and government silence in the face of acts of intolerance. In this manner, the government appears to condone these views.”

In part, Ma’ruf’s past actions speak to growing dissatisfaction amongst the religious community with a civic society that seems uncaring—irreverent, even, towards religious norms and practices. It’s in line with a train of thought across the region that’s speaking out against secular ideology, which they view as a threat to their religion.

This trend is even reflected by recent events in Singapore, such as the ban on anti-Christian metal band Watain, which ignited debate over the role of religion in public policy.

Some members of the religious community felt that it was only fair for the Singapore government to ban such an incendiary group; others, even Christians, thought that since the ban was informed by religion, it should not have been enforced by a secular government. Such small disagreements are a microcosm of the growing tension between groups of differing religiosity.

The freedom of Indonesians to practice their own religion (i.e, the freedom to not practice Islam), is enshrined in Indonesia’s founding principles, known collectively as Pancasila. The first of these five tenets is Ketuhanan yang Maha Esa, or Belief in the One God. While some parties fought to particularise Muslims in this tenet—making Islam, effectively, the state religion—the country’s founders ultimately committed to a non-religious Indonesian state.

But decades later, is Indonesia’s secularism on the line?

“Whether Ma’ruf as VP would threaten this principle depends on what he does with his position,” says Dr Toha, “He has expressed multiple times his commitment to preserving Pancasila as the state’s ideology, and that he doesn’t see Pancasila as contradictory to Islam. So we’ll see.”

Regardless of the ultimate outcome, there is little doubt that the campaign has brought issues of national identity and religion sharply into focus in Indonesia. In a way, by picking such a prominent religious figure as his running mate, Jokowi has already conceded to electoral pressure from the conservative voting bloc, indicating the burgeoning power that religious and identity politics holds in Indonesia.

As Indonesia is the world’s largest Muslim nation, a growing trend of intolerance is something to take notice of, particularly for its neighbours like Malaysia and Singapore.

While there are many factors that contribute to the trend of increasing religious intolerance, some analysts caution of a spillover effect on neighbouring countries, due to the spreading of such ideas through online platforms like social media.

The danger posed by the spreading of such ideas, in Singapore and elsewhere, is not increasing religiosity, but rather the polarisation of public discourse into opposing sides.

While conservative Islam or Christianity has been speaking out against ‘liberal Western ideals’, it is important to note that there exist many shades of difference within communities regarding what they consider acceptable or necessary government intervention.

Religiosity is not radical; the belief that religion cannot coexist with non-religious, secular policies, however, is a divisive position that should be closely monitored and countered. 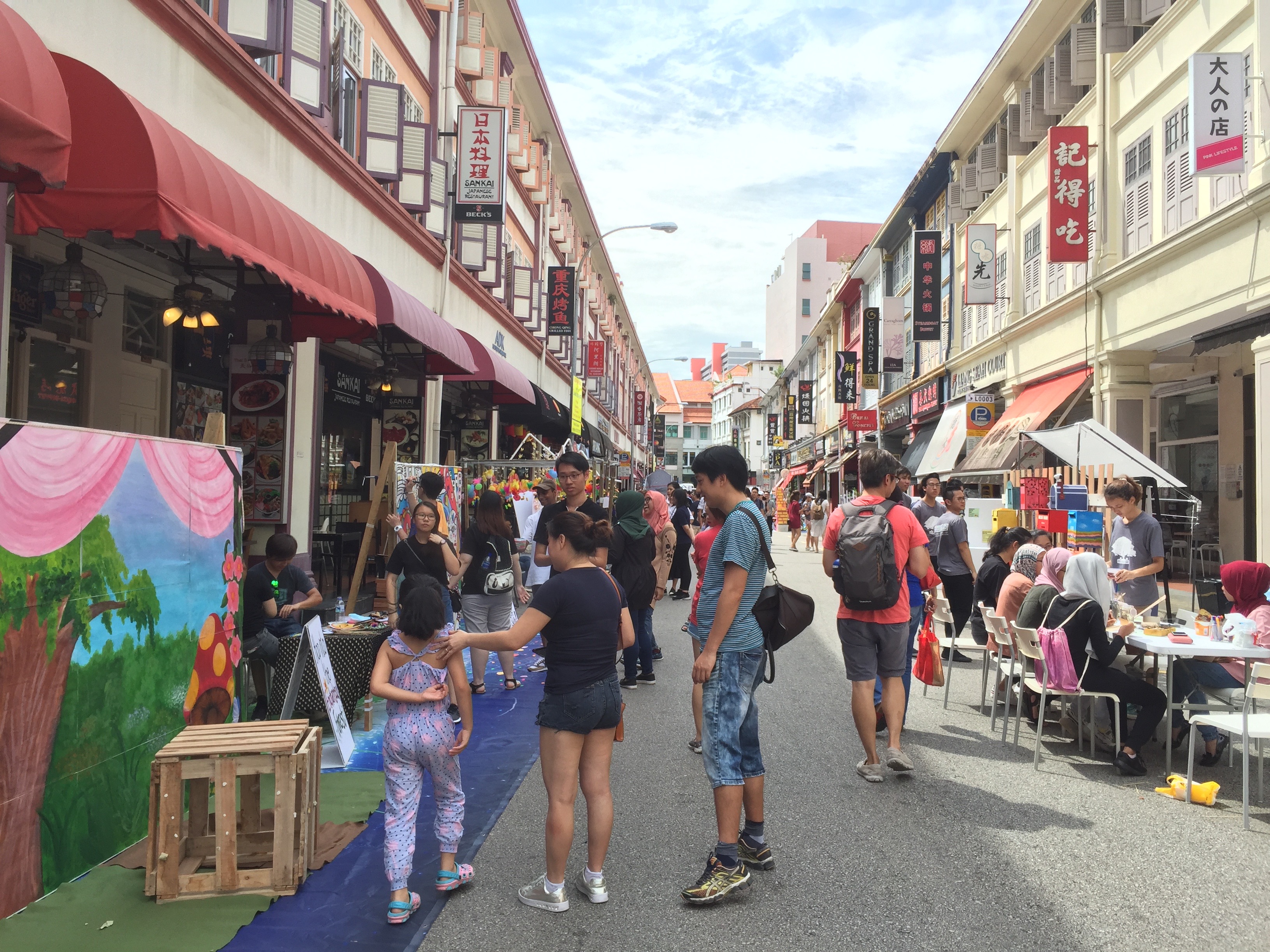 Are There Still Public Spaces in Singapore Where Adults Can Chill For Free?