Are Pro-Establishment Trolls Actually Doing Singapore Any Good? Frankly, No 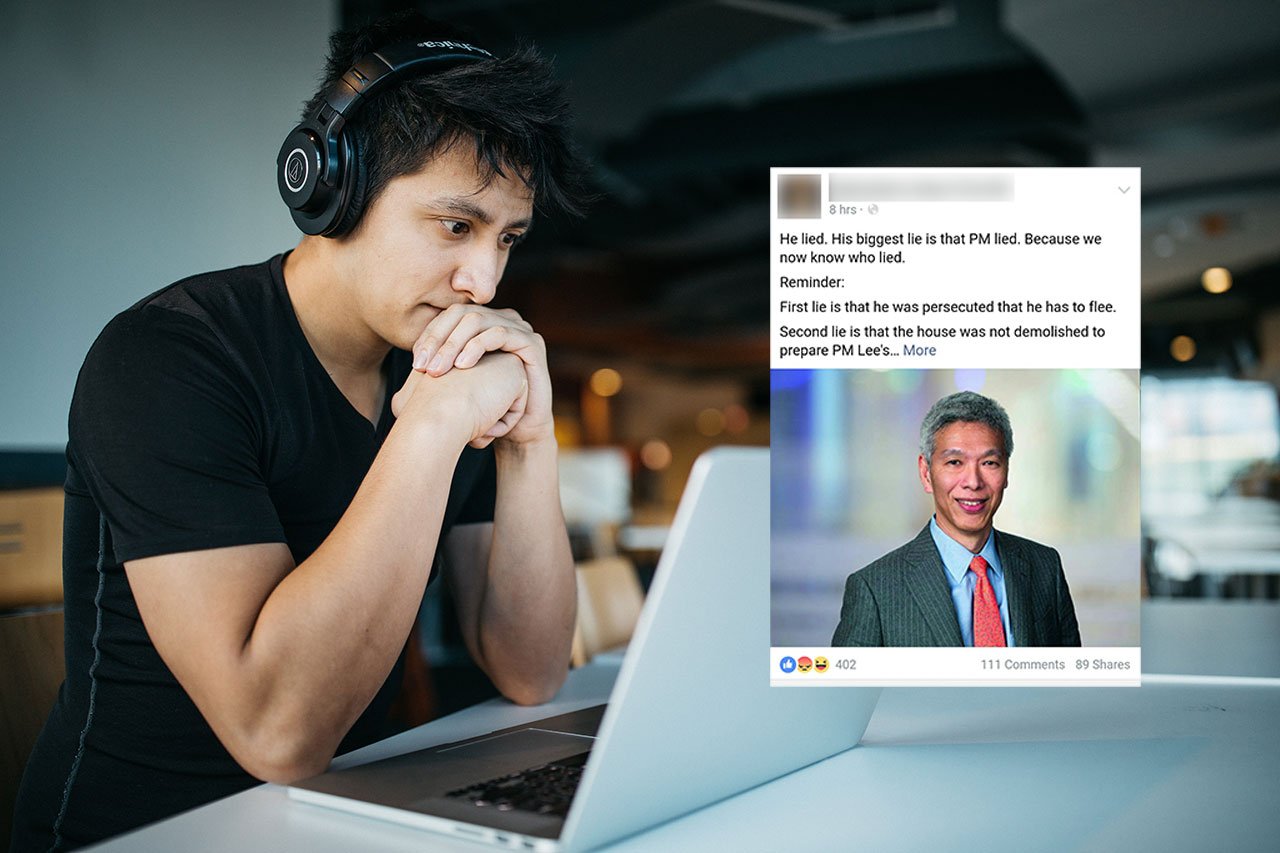 On Monday (June 4), The Independent reported on the PAP’s “internet brigade” (IB), a shadowy group of keyboard warriors whose mission is to counter viewpoints online that disagree with or criticise government policies.

The report alleged that the IB comprises youth members of the PAP, and was the evolution of the ruling party’s “counter-insurgency” programme that had previously been led by several current-serving ministers.

The legitimacy of the report is doubtful, since most of its allegations were based on “evidence” from a Tumblr that has not been updated anymore.

Yet even if the IB is indeed controlled or supported by certain elements within the PAP, surely it cannot be the best weapon in the party’s arsenal. After all, no idiot would be convinced by a sock puppet reminding us that the PAP is the best and that everyone else is inferior.

This then begs the question: why is nothing being done to rein in the forces that are the IB?

The PAP is already the dominant force in the political sphere, having won 70% of the mandate in GE2015. Its grip on power is not in the slightest danger. Using netizens to spread pro-government messages only signals to the rest: “Your criticism of the PAP is wrong, look at the number of people who have come out to defend the party. Listen to us for your own good.”

It’s hard to fathom that the government is actually dishing out attack orders to a group of trolls. Not only are the optics terrible, it makes the ruling party look like it does not trust Singaporeans to have faith in their policies, or is worried about losing significant support in the next elections.

Such a strategy only reinforces the perception of an insecure nanny state.

Prof Ang Peng Hwa of the Wee Kim Wee School of Communication and Information at NTU says, “The PAP is already viewed as being domineering and does not need to harden its online presence. Tactics like internet or ‘troll’ armies to counter the opposition, if employed, are considered unethical and could have the opposite effect on achieving political goals.”

While state-sponsored internet armies already exist in other countries, he’s sceptical that the PAP would deem it necessary to follow suit.

The former director of the Singapore Internet Research Centre adds that while it is not illegal for the government to engage or support an “IB”, the fear is how it would have to deal with the consequences when these online users land themselves in legal trouble over the content that they post.

So if the PAP’s involvement is highly unlikely, chances are the IB is probably just a bunch of hardcore party supporters who have banded together voluntarily to provide an opposing voice to the vocal opposition online.

Take for instance the pro-PAP Facebook page Fabrications About the PAP, run by a Singaporean who claims to have no political affiliation. Mr Jason Chua said in a Straits Times interview in 2011 after the watershed elections, “We wanted our own platform on the internet as we feel it’s difficult for moderates like us to put our views on other platforms. When we go to other platforms we get deleted if they don’t like our comments, or get attacked personally.”

In Mr Chua’s defence, the anti-establishment voice has been far from constructive. A large section is deeply entrenched in the mindset that they have to oppose everything that the government does and says, without any logical reason.

Go to any forum thread on HardwareZone discussing Singapore’s current affairs, and if it isn’t a comment dissing the “70%” who voted for the PAP, it’s accusing anyone who disagrees with them as a member of the “PAP IB”. It’s hypocritical of the opposition supporters to claim nobody listens to them, when they shut themselves off in their own echo chamber.

At the same time, a good number of IB members have been overtly aggressive and condescending in countering dissent. One of them, named “Bryan Ti”, frequents the forums and even platforms like Quora to shoot down any disagreement with the PAP or government policy. But his arguments are full of emotion and lack logic. That only adds fuel to the fire and draws more ire from opposition supporters.

Furthermore, the use of obviously fake Facebook accounts (characterised as those with sparse profiles with generic photos and few friends) further undermine the IB’s credibility as a counter to the opposition. A Facebook user observed this trend on a Facebook post by law minister K Shanmugam in February, which attracted a curious number of suspicious-looking accounts displaying their support.

Why do you need to hide behind a mask to disseminate pro-establishment information if you believe it to be 100% true and accurate in the first place?

If PAP supporters genuinely want to steer the conversation away from split party lines, they need to change their tack and engage opposition supporters with sincerity, not rhetoric.

In truth, the PAP IB’s lack of objectivity undermines the very cause that it so aggressively campaigns for. It bolsters the perception that the establishment isn’t particularly interested in listening to the voices on the ground, but more intent on suppressing the opposition.

The government would be better served by clamping down on these accounts, instead of closing one eye to a group of “volunteers” who, without any oversight, have the tendency to go rogue and hurt them in the process.

If PAP supporters genuinely want to steer the conversation away from split party lines, they need to change their tack and engage opposition supporters with sincerity, not rhetoric.

Facebook, which was recently embroiled in the controversy surrounding the shady political consulting firm Cambridge Analytica, did not answer my query about whether it would take down such fake accounts that propagated pro-government propaganda. The company’s Community Standards however states that it does not allow fake accounts or for people to have multiple accounts under the same name.

According to its recent Community Standards Enforcement Report, Facebook disabled 583 million fake accounts in Q1 2018, down from 694 million in Q4 2017. The report suggests that the company’s detection technology focuses on accounts that are used to conduct illicit activities like scams and spreading spam.

Following the recent debate on online falsehoods, there is also the risk that fake news could be seeded by either camp in Facebook comments and articles to manipulate voters. A situation similar to the 2016 US presidential elections where fake news successfully swung votes would be disastrous for Singapore.

But this doomsday scenario is not likely to happen here, according to Prof Ang. Previous studies on the 2011 and 2015 elections have shown that social media does not impact voting outcome. Even if fake news hits social media feeds, most Singaporeans are still able to exercise their judgement in questioning source credibility.

He also points to Singapore’s current laws as a viable safeguard against the proliferation of fake news. In the wake of the public hearings on deliberate online falsehoods, he cautions against a drastic tightening of the law or it would be as “terribly drafted” as Malaysia’s anti-fake news law implemented by the Najib government earlier this year.

“The government must consider the unintended consequences of tightening the law. Any change should be minimalistic and not overbearing.”

Have you been locked in a war of words online with a suspected member of the IB, whether it’s pro-establishment or the opposition? Do you think they are persuasive in their arguments? Write to us at community@ricemedia.co