It doesn’t seem too long ago when blogs were used by young, angsty teens as a way to kaopei about the school system and their mundane lives.

This was quickly replaced by Facebook wall statuses, but with more teenagers shunning Facebook, many have flocked to Instagram to air both complaints and their musings on school life. Specifically, through school meme accounts.

For the benefit of those living under a rock, school memes are similar to typical memes where a combination of graphics and text is used to convey a message online—often with an element of humour—but confined within the context of the school community.

These Instagram accounts are often handled by a group of students, and have begun to take on a life of their own with hilarious (and sometimes lame) memes revolving around talking points in school, or as subtle rants against certain school practices. This is unlike blogs or Facebook posts which focus on individual experiences.

Sometimes, things get blown out of proportion, as seen in the recent Catholic JC (CJC) saga where its vice-principal Mrs Yue-Chang Teck Hui made unsavoury comments regarding students from neighbourhood secondary schools. As seen in a Mothership report, her words were caught on audio.

The unofficial CJC meme page @whitleyjc, which has close to 1,400 followers as of Aug 23rd, played a central role in this episode. Instagram Questions were even used to elicit responses from schoolmates in response to the incident.

Because of the furore created by this meme account, as well as consequent postings on other forums, the Straits Times ran a story on the incident, eventually leading to an apology from the college.

With some meme accounts even poking fun at those at the very top, such as this one by National JC which takes aim at their principal Mr Ang Pow Chew, should we underestimate their power and influence?

Probably not a good idea when most accounts have more than a thousand followers—a remarkable feat for a student-initiated account, given that a typical JC cohort is about 800 and close to 300 for secondary school. The unofficial meme account linked to Nanyang JC (@nyjcmememachine) appears to be the most popular, with more than 9,300 followers, suggesting that many may not actually be current students from the college.

A cursory check throws up close to 20 of such accounts, of which quite a number belongs to elite schools such as Nanyang Girls’ High School (@gagsofny) and Victoria JC (@eastcoastjc).

One thing is for sure: gone are the days when educators can say the darnest things in class and get away with it.

“We have always wanted to create an account, since all other popular schools have it as well,” says Secondary 4 student Justin, the former admin behind @iwanttocchdie, the unofficial meme account for Chung Cheng High School (Yishun), or CCHY.

Together with some friends, he converted an obsolete Instagram account belonging to his lower secondary class. Starting with fewer than 100 followers in mid-2017, it has since skyrocketed to 1,180, a number which caught even Justin by surprise.

Here’s the particular meme which launched the account to stardom:

Said Justin, “Many of the juniors circulated this around because he was a popular teacher, especially those from ODAC. Plus this meme format was trending, so this post received over 260 likes.”

In fact, Justin told me there were teachers who saw their memes and found them “quite interesting”. For your typical prim-and-proper teachers to acknowledge such seemingly anti-establishment accounts, it’s got to be an achievement unlocked.

As organic and clumsy as these accounts may sometimes be, it is worth knowing that those behind them do have an ‘SOP’ when choosing their admins.

17-year-old Isaac from Temasek Junior College (TJC) only takes in those who are “dank, has enough self-control to avoid posting offensive jokes and able to make quality jokes in real life” for his @4_college_4_nation meme account, which is a spin on TJC’s motto “For College, For Nation”.

Likewise, Justin adds that one must be knowledgeable about the trending memes. He also requires applicants to create and send in a meme, so their team can gauge their ability.

Similarly for the admin of @yiochukangjc (Instagram handle for the AJC meme account), who chose to remain anonymous, they look for “submissions of good quality original content”.

As someone who intends to dabble in journalism, I can’t help but see this phenomenon of school meme accounts as a microcosm of our media landscape. In the same way that sites like The Online Citizen came about as an alternative voice to hold those in power accountable, the activist within me can’t help but scream, “Return power and control to the students!”

But bleh. Kids being kids, they don’t actually anticipate playing a pseudo-political role within the school ecosystem.

“Actually, we just meme for the sake of meme-ing lah. It is just for fun, and we are not forcing the school to change anything,” Justin later told me over the phone.

Ditto for AJC’s and TJC’s admins. Isaac says that they are merely teenagers who “lack the experience in convincing the masses”.

The consensus I get is that the memes have to be trending and funny, “not like SGAG which is pretty outdated and dodgy at times,” quipped @yiochukangjc and Justin.

In fact when I put them in the same league as SGAG, “God no”, is @yiochukangjc’s response.

Naturally, at this point, I thought aloud: Aren’t they afraid of repercussions from the school management?

Justin tells me that there is always this lingering fear that he and his team would be called up during morning assembly. In fact, when they first started out, his friends warned him against ruffling feathers. This was especially so when they started posting memes about teachers.

While Isaac feels the same way, @yiochukangJC’s response is a rebellious “Why not?” when I ask about choosing to post even the bad and ugly.

While everything seems calm at the moment, Justin has heard “through the grapevine” that teachers from the student council are intending to crack down on their account.

Isaac shared similar sentiments, hence he ensures the memes are not offensive and degrading.

“So far, I have a clean track record and have not stirred any troubles yet with the meme page, my friends see no problem with my memes as well,” he says.

Even then, all three admins shared that the memes posted should not be provocative, “edgy” or ruin the school’s reputation. This is done through consultation with friends or within their teams. Similar to how local papers operate, Justin added that they try to steer away from sensitive issues like race and religion.

After all, he learnt it the hard way earlier in July, when some students did not feel well after drinking milk tea sold by the school’s peer support leaders as part of youth day celebrations. His subtle criticism of the incident through a meme caused displeasure among those leaders.

On hindsight, Justin regrets posting that meme, and has since taken it down.

“The peer support leaders have worked really hard for the event, and to slam them over a blip isn’t doing them justice. We should have considered their feelings,” he told me.

On a similar note, Xing Peng, a former CCHY student who graduated last year, shared that while the memes can be entertaining, it is “not the most respectful thing if they keep targeting the principal”.

He added that it is rude and annoying if such memes are posted too frequently, referring to those posted by @iwanttocchdie that poke fun at their school principal Mr Yap Thiam Chuan.

Meanwhile, Grace Lim, 17, from TJC, said it is pointless for the school to intervene and shut these accounts down. Grace is not part of the action, but she follows about five to six of such accounts.

“For every account that is shut down, there will be three more popping up. It is unstoppable, like terrorism,” she joked.

These accounts have the ability to rally students together and bring to light issues faced by them. They create a sense of solidarity and resonance among the student body when conversations are sparked from there.

But, isn’t that what student councils are there for? I ask.

Not really, Grace says, “They advocate for stuff and make nice speeches, but in terms of hierarchy they are still above us. They don’t really bridge the gap between us and the management.”

To put it crudely, they are just “teachers’ pets” and mouthpieces of the school.

When I reached out to numerous schools for their thoughts on this emerging phenomenon, only one school, NJC, responded over email that they have no comments.

For former teacher Jaslin Low who left the fraternity earlier this year, these meme pages show that kids are actually pretty creative, although easily influenced by the media. As a millennial, she sees the silver lining: “I would try to put myself into their shoes more easily than other senior teachers. Easier to comprehend and think in their perspectives. Can click with them easily.”

She added that when kids know that teachers understand them, they will probably be more interested in what they have to offer in class.

Others, however, did not share the same sentiments. A secondary school teacher from the north, who requested anonymity as she is not authorised to speak to the media, shared with me that she initially found the memes hilarious.

But things took a turn when photos of teachers were used.

“I thought it’s just as bad as bullying. Many of us don’t even know our photos were targeted”, the teacher said.

She added that even after being told off, students don’t seem to understand that this is basically turning the agony of others into one’s own happiness.

Yet everything so systematic and treated seriously, which is surprising for such cheeky accounts, I hardly think they will be going away anytime soon—at least not until the next new kid on the block arrives.

if such meme accounts are anything to go by, it bodes well for our future to have a more vocal generation

Whatever the medium, the need to vent one’s frustrations remains. Students will always need ways to suck it up, have a good laugh, and soldier on.

With Singapore’s education system being the pressure cooker that it is, if such school meme accounts can help kids to remain sane, why the hell not?

After all, how can one rely on student councils to genuinely be “the voice of students” when they are co-opted by the school? I know best, as someone who used to be a prefect in secondary school.

Once, we rallied against the merger of our prefectorial board with another student leadership group to form a student council, but our efforts were suppressed, and we were rebuked by the school management. Unhappy as we were, we had to suck it up and toe the line.

This is why it heartens me to see such organic, ground-up accounts mushrooming across schools. It shows that kids are not as apathetic as we think. Through social media, they are now finding creative ways to resist authority.

That said, these kids need to remain responsible with what they post, and not stoop to personal attacks. This would be akin to cyber-bullying, and we shouldn’t encourage it.

Yet if such meme accounts are anything to go by, it bodes well for our future to have a more vocal generation; one willing to speak up on things they are unsatisfied with, fight for change, and make a difference.

The days where respect and deference built on the mere basis of fear and authority are over. Now, it has to be earned.

So kudos to you all, kids. 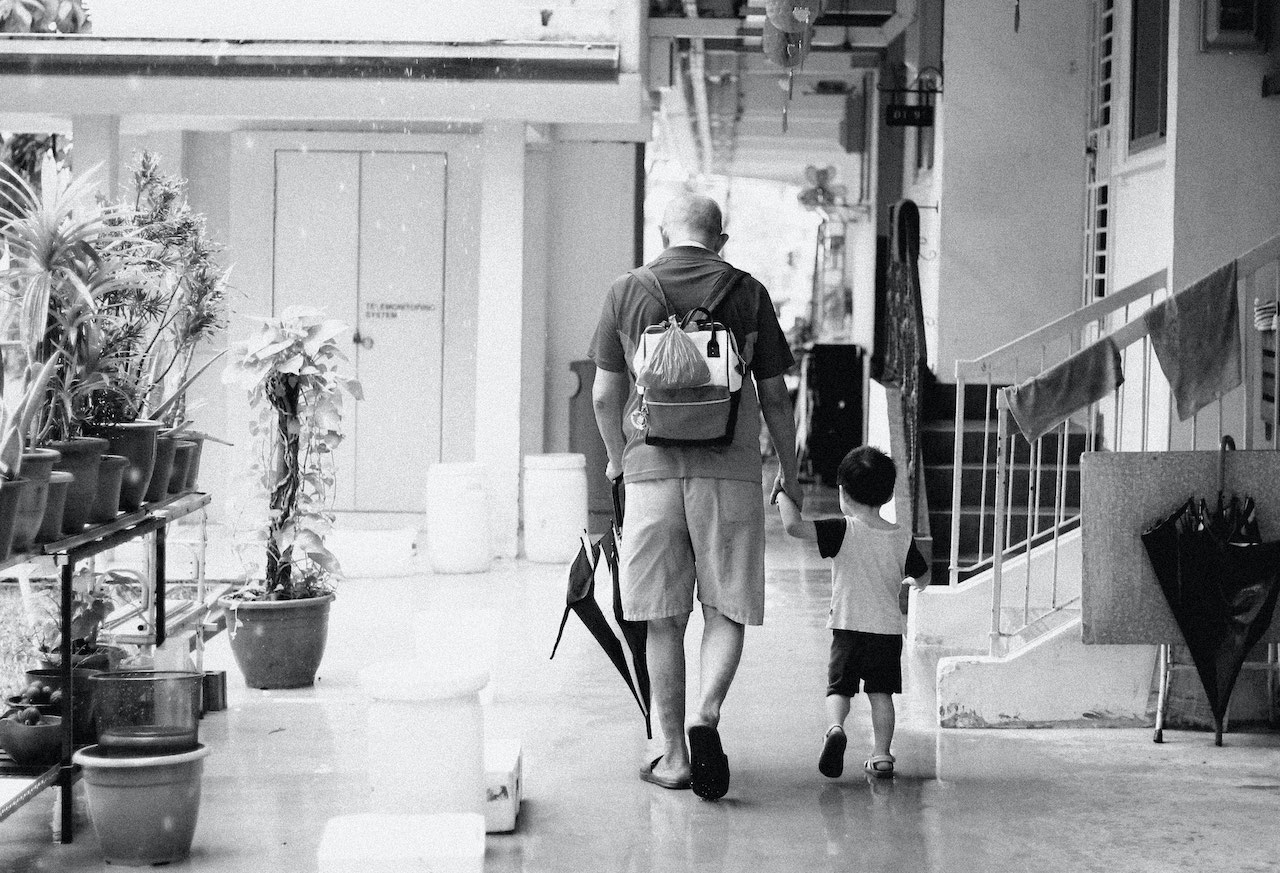 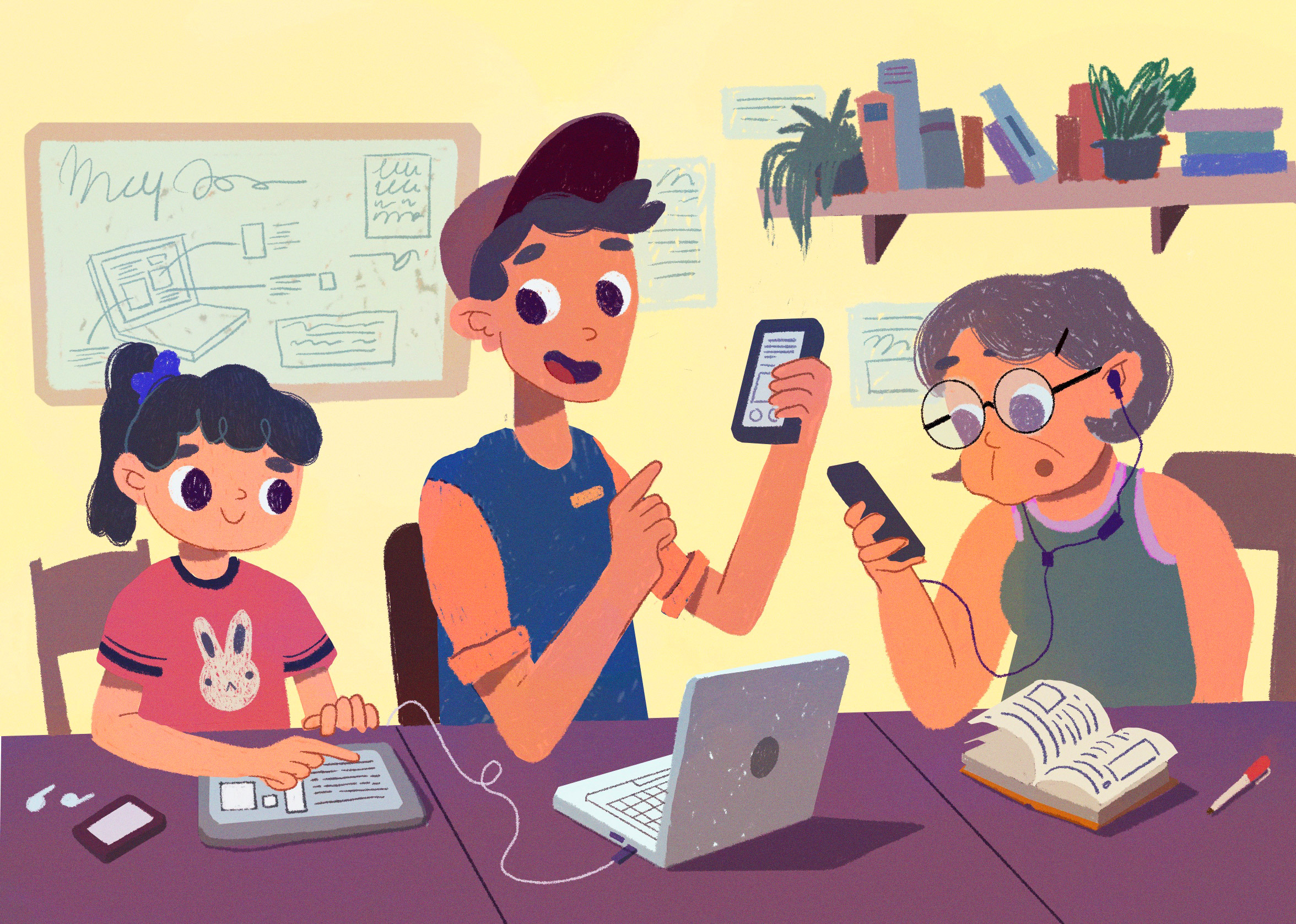 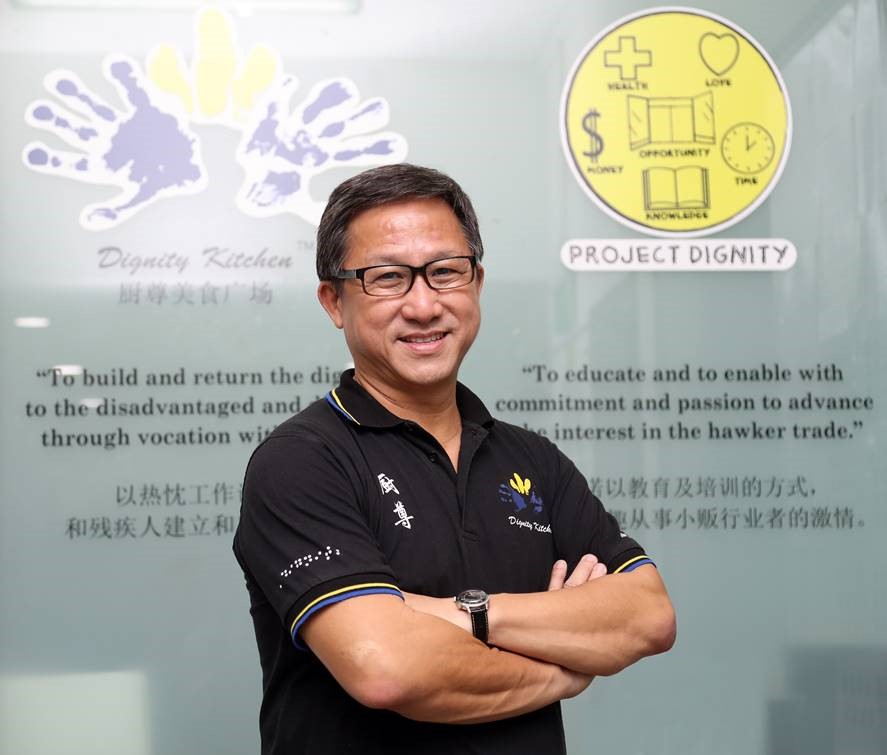 To Understand Who Mormons Are, I Spent 14 Hours in a Missionary’s Position